As technology advances, we will begin to see huge changes in how our world operates. While all the technologies on this list are already being applied all over the world, many of them are still in their infancy. We stand on the precipice of a new technological age in human history, and while it may not yet be The Jetsons, many of these technologies are even more fantastic than anything we could have predicted. 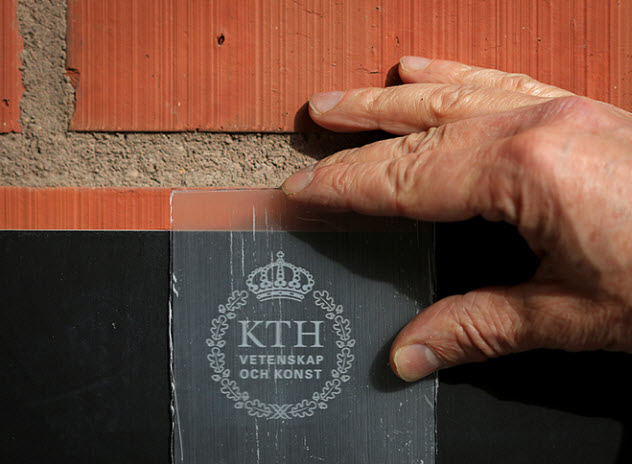 By chemically treating ordinary balsa wood and strengthening it with epoxy, scientists have created a clear, biodegradable material that is 4–6 times stronger than its counterpart that is not chemically treated. Its strength and clarity make it a more environmentally friendly alternative to some plastics.

Scientists even think that it could be used to make renewable solar cells because the material partially traps light, allowing only about 85–90 percent of light to pass through it. We could see the homes of the future built and powered by this material. 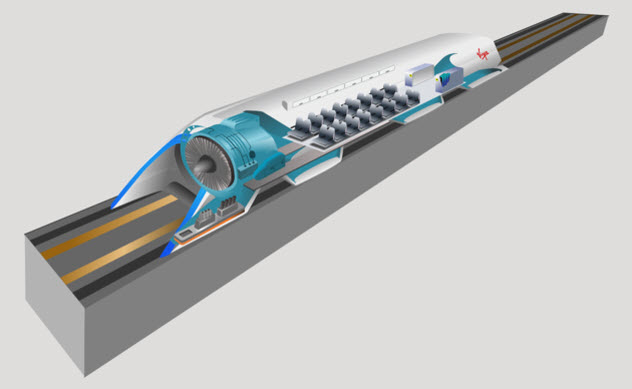 Who remembers the personal tubes everyone uses to get around in Futurama? Well, Hyperloop Transportation Technologies (HTT) has been working at bringing a similar idea to life. First proposed in 2013, the Hyperloop would shoot passengers between cities via the use of vacuum tubes. Passengers could reach projected speeds of up to nearly 1,300 kilometers per hour (800 mph). That’s faster than the speed of sound.

Digital screens and advertising inside the tubes promise to make your short commutes pleasant and entertaining as well. HTT claims that the Hyperloop would be much more efficient and cost-effective than any lightweight transit system currently available. While it’s still in its testing phases, we might be getting to work like Fry, Leela, and Bender sooner than you think. 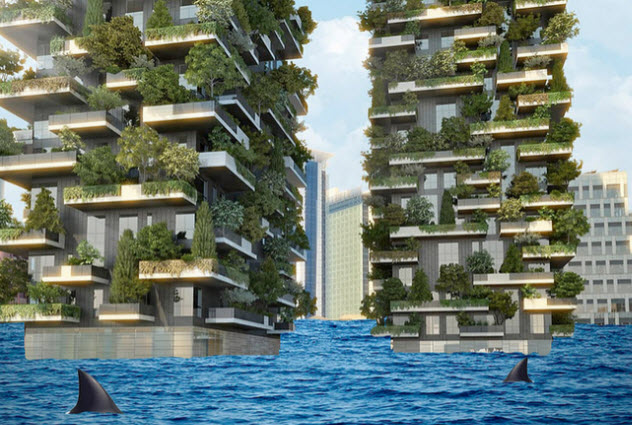 With over 80 percent of people projected to live in urban centers by 2050, the problem of food production has had many countries scrambling for a solution. Vertical farming (aka tower farming) is providing many countries like the island nation of Singapore with the answer they’ve been looking for.

By vertically growing food, space can be managed much more efficiently, which is important as space becomes scarce and more expensive. Also, recycled water can use gravity to water many crops in one go, saving both energy and freshwater. That’s a clean, energy-efficient way to get fresh produce. 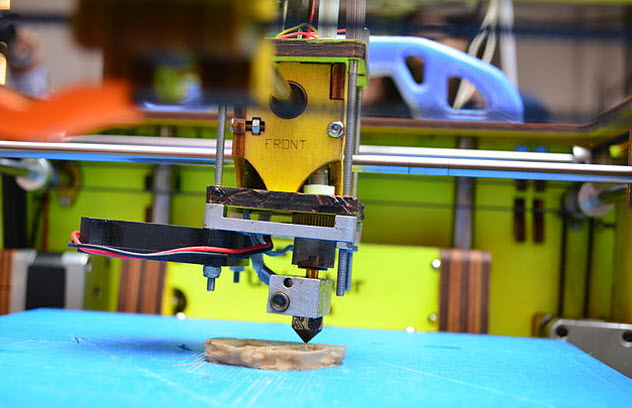 Though it has been around for years, 3-D printing is still seeing new applications all the time. As it becomes more affordable and widespread, 3-D printing devices are becoming a staple in modern society. Medical, space, design, and transportation fields are all being revolutionized by these devices.

Whether bioprinting custom parts for medical patients or printing materials like engine parts in the far reaches of space, this is the future of 3-D printing. It won’t be long before your house, car, and bicycle are all printed. 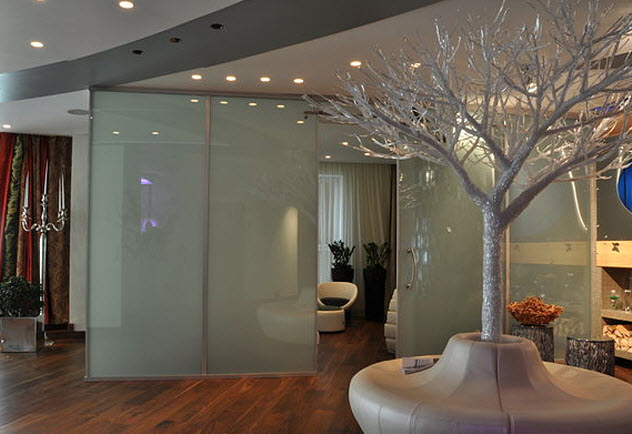 Durable, bendable, smart . . . glass? Indeed, we may arguably be entering the “Age of Glass.” With the ability to change from clear to opaque, bend without shattering, and even act as a touch screen, the new glass which is being created could change our homes and workplaces forever.

Our new walls could also act as windows, controlling UV light and heat and allowing for more energy-efficient homes and vehicles. Imagine if every surface in your home was smart, able to transform from a wall to a window to a television screen, all with the wave of your hand. These new technologies are creating an image of the future that is crystal clear. 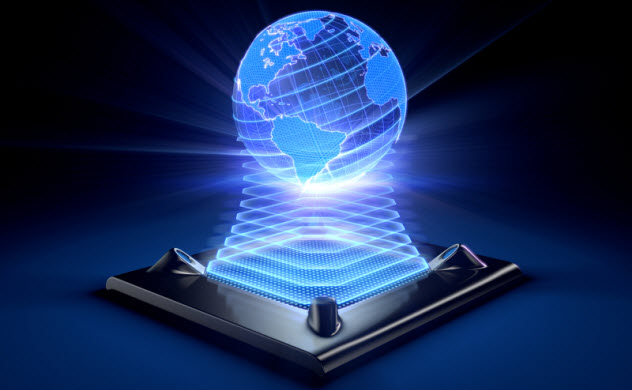 Designing homes. Playing games. Exploring space. Building worlds. All in three full dimensions. This is what the future of holograms has to offer us. Overlaying our digital world with our physical one has so many potential applications that it’s impossible to name them all here.

From painting the air to walking on the surface of Mars, holograms could be ushering in the age where science and magic become indistinguishable. More than ever, information and creative power will be at our fingertips. Who knows what people will create using the power of holograms? 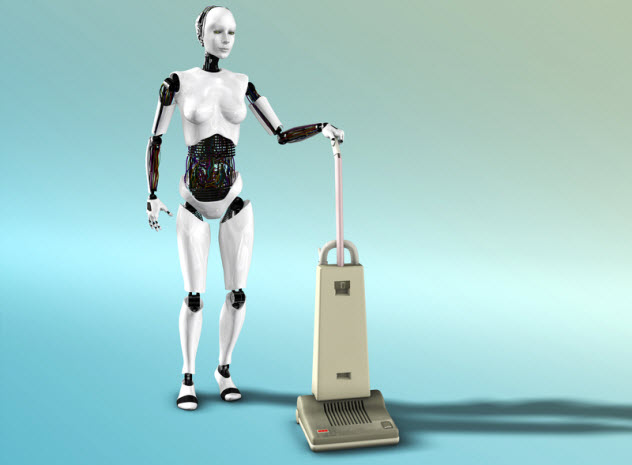 As the field of robotics advances, we are beginning to see more user-friendly household robots appear. The explosion in the sale of commercial drones is only the beginning as new, more intelligent, and more versatile machines are poised to hit the market.

Whether it is Honda’s ASIMO, a helper bot designed to interact with and aid humans, or a rise in the use of machines to perform human tasks (such as the increased number of robot-run restaurants around the world), we can expect that this is not a trend that will slow down anytime soon. In addition to televisions and computers, it seems likely that our grandchildren may have a small army of helpful machines at their fingertips. 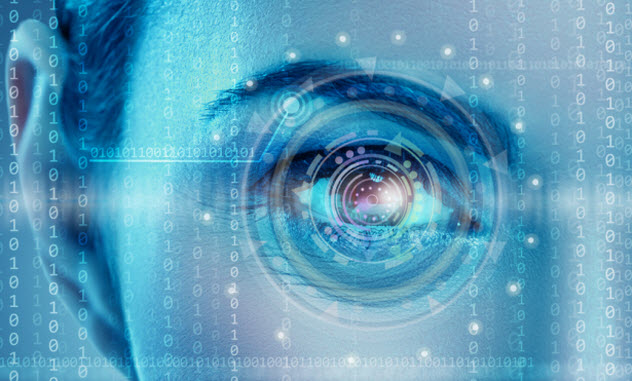 Bionics is changing the face of humanity, literally. As we become more integrated with machines, the humans of the future may have abilities like nothing we would recognize today.

From implanting cameras in our eyes, increasing our ability to run and jump, or even controlling our devices with our minds, the line that separates man and machine is being blurred more and more. Our new enhancements can even open us up to new experiences never before possible, such as the ability to “hear” colors, “feel” electrical fields, or even upload information directly to our brains Matrix-style. 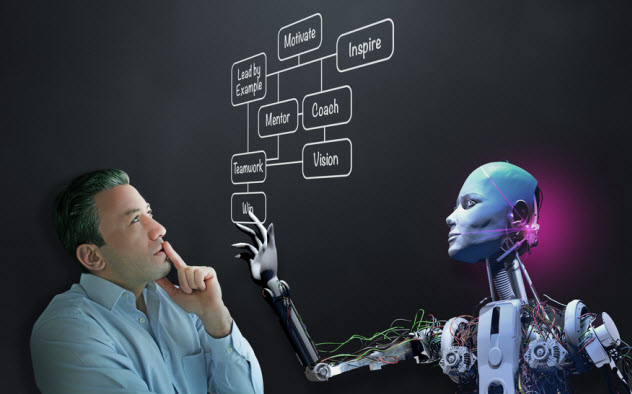 Long has the media promised us a future filled with cybernetic companions who can communicate with us and understand our commands, emotions, and even humor. However, when it comes to the real world, machines still appear to be woefully behind this dream.

This may all be about to change, though, as engineers have been working painstakingly to create a program that can truly understand human emotion and expression. Through major innovation in facial recognition technology, some AI can now tell if you are angry or sad while others can even describe events that they are “seeing.”

These are the first steps toward robots that can recognize and describe the world around them and are capable of sharing their experiences with us. With that in mind, scientist are hopeful that we may one day share this world with emotionally intelligent, reasoning machines. 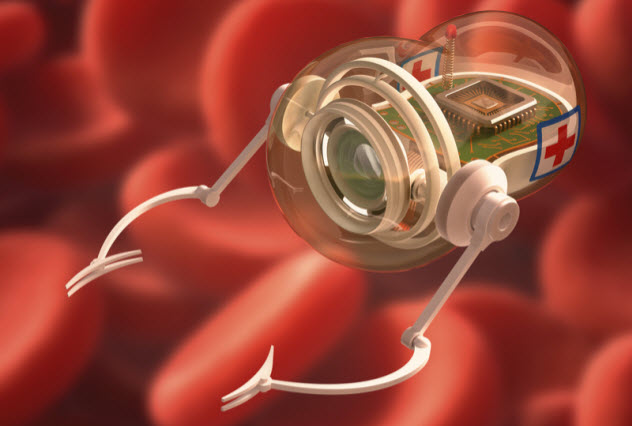 From cleaning our water of pollutants to creating biodegradable plastics to fighting off disease, nanotechnology promises to shape the next century in ways we can’t even imagine. Operating in nanometers, these unfathomably small machines can work at the scale of human DNA and fundamentally change how structures behave, breaking down or building up depending on what effect is desired.

These machines are so small that they can be powered by the beating of your heart or the chemical energy inside of cells. With nanotechnology, we can track the progress of diseases like Alzheimer’s and cancer, create more efficient batteries, and create damage- and rust-resistant materials that could last forever or break down when exposed to certain waves of light.

Humanity may one day look back to the time before nanomachines as a sort of primal age while we look to the future with a sense of wonder at what can truly be made possible through technology.

JP is a Canadian traveler and Internet addict.