Think of that cutie at the gym, those adorable little “jellies” in Finding Nemo, or even that drop-dead gorgeous flower at the bottom of your doorstep that you can’t help but wink at every time you go to work. Now picture yourself finally being able to get all touchy-feely with these obsessions of yours and then . . . BAM!

You’re dead. Supa dead. Deader even than your ability to resist all this clickbait.

But what can we say, beauty comes at a cost and a deadly one at that. All of the following things may appear to be eye candy but can quickly ruin your day. Well, sometimes, they can. Actually . . . oh just read the article. 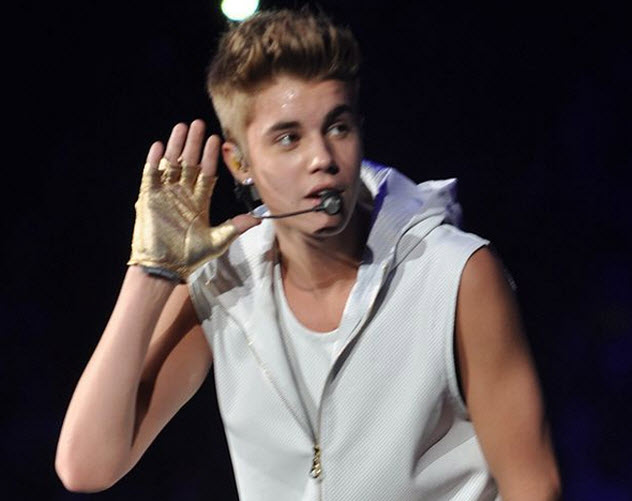 Perhaps one of the most talked-about pretty boys of our generation, Justin Bieber isn’t only known for his silky smooth voice but for his manly cuteness as well. Seen posing shirtless for Calvin Klein ads and the cover of GQ magazine, Bieber has amassed an incredible following even by today’s standards. Given that there are only two kinds of people in this world, people who have Bieber fever and those who lie about having Bieber fever, the amount of daily fangirling over J. Biebs may seem harmless.

However, even a beauty such as Bieber is bound to leave death and destruction in his wake sooner or later. Perhaps there was a bit too much of a New Year’s celebration going on or just clouded judgment, but on January 1, 2013, an anonymous 29-year-old died after trying to get that highly sought-after pic of Biebs in his white Ferrari.

Regardless of the fact that this picture had supposedly captured Bieber smoking out of a marijuana pipe, a picture whose payout alone could support a family of four for years on end, the mysterious photographer was run over by a Toyota Tacoma pickup truck. Maybe Bieber’s famous looks could turn into the infamous case of Medusa—look and die. 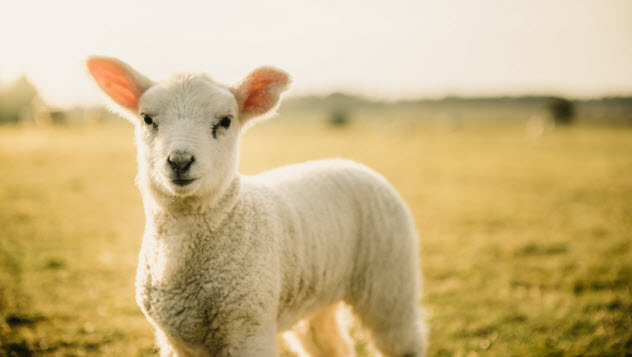 The sheep has gone down in history as the universal symbol for innocence. In other words, sheep never do anything bad. All they do is eat grass and stumble around awkwardly thinking they’re the cutest, sentient cloud in town. But wait. What if I told you that those favorite wool socks of yours had a bloody past? Literally.

On September 17, 1935, a 55-year-old man set out to slaughter one of his sheep when the sheep retaliated by butting him to death in the stomach. The man was found dead gripping the cord that he intended to use to kill the sheep. The cause of death was ruled by the coroner to be suffocation. Blood diamonds? More like blood wool. 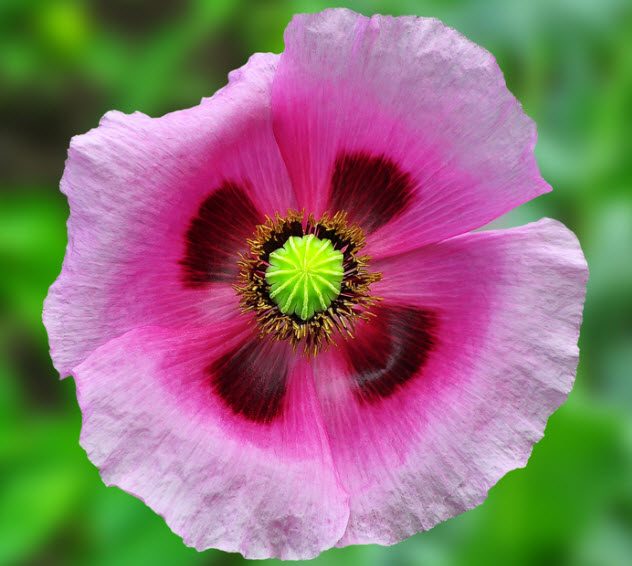 As we’ve recently found, things can be beautiful yet deadly. But sometimes, the deadly part isn’t caused by the beauty itself, but by those who wield it. Beauty drives us to do crazy things. And if the first crazy thing to come to your mind was the abuse of drugs, then you hit the jackpot. Meet the destroyer of worlds: the opium poppy.

First cultivated in Mesopotamia (Southwest Asia) more than 5,000 years ago in 3400 BC, the opium poppy was known as the “joy plant” for its powerful painkilling and euphoric properties. So euphoric, in fact, that it ignited continent-wide feuds that later became known as the Opium Wars of the 1800s.

The Chinese casualties alone numbered in the tens of thousands. From codeine to heroin to morphine, the opium poppy is used to manufacture a countless number of drugs. Dubbed the “world’s deadliest drug,” opium resulted in the deaths of 100,000 people in Afghanistan in 2009 alone, currently the world headquarters for opiates.

That’s nearly five times more people than those who died as a result of terrorist attacks in Afghanistan in 2014. So the question is: What’s more dangerous? An AK-47 or a flower?

If you could combine your two favorite things in the whole wide world—things that fly and toys—what would you get? The best weekend ever? Poignant childhood memories that last a lifetime?

Guess again! How about a hospital trip? Even though the ’90s still only seem like they were 10 years ago, it’s actually been much longer. But not long enough to forget the scars and tears caused by the majestic Sky Dancers.

First released in the mid-1990s, Sky Dancers were toy fairies with foam wings that launched with dizzying speed into an uncontrolled, flying spin when a rip cord was pulled. Due to their great takeoff velocity, the cute fairies’ flight paths were unpredictable at best. 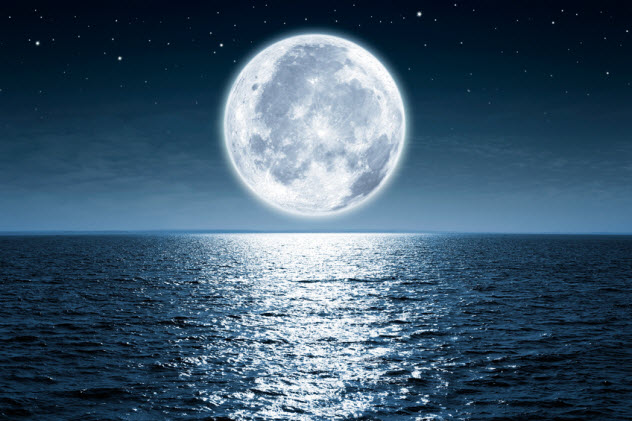 Who doesn’t like long walks on the beach at night? And, yes, I know what you’re thinking. I’m getting tired of just looking at the Moon’s reflection. I want a more intimate relationship. I just want to, you know, lock lips with that beautiful reflection that’s always staring at me. Well, there’s a good reason why you’ve never actually gone through with taking your relationship with the Moon one step further.

Our perverted fantasy brings us back to the Middle Ages with a story from Chinese poet Li Bai. As legend has it, Li once tried to kiss the irresistible reflection of the Moon upon the water, fell in, and drowned.

Now we all know that legends aren’t the most reliable. But the fact that someone at least thought of this story and took the time to ensure it survived over all these years tells us how some people need to chill when it comes to getting down and dirty with Earth’s rocky companion. 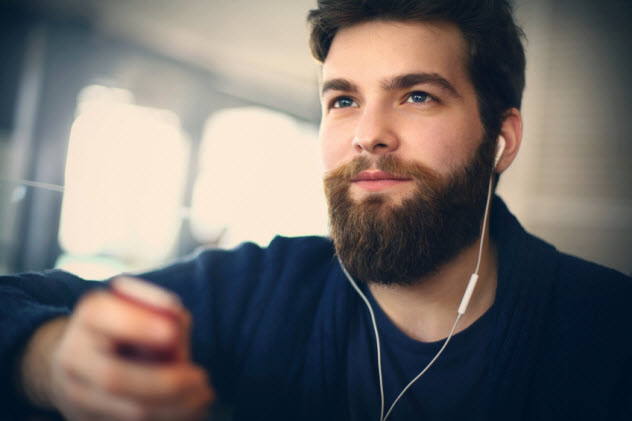 Who doesn’t love a good beard? Apart from feeling like you’re making out with steel wool every time you kiss one, for the most part, beards can turn Steve Urkels into George Clooneys (and change your race apparently).

But what if this is all a conspiracy? What if the government just wants us to grow our beards out to get rid of us? Well, we may not be that far from the truth after all.

In 1567, a man by the name of Hans Steininger from Austria became famous for having the world’s longest beard. (Don’t ask me how they verified that in the 1500s, just go with it).

At almost 1.5 meters (5 ft) in length, Steininger’s beard was so long that one day, he tripped over it and snapped his neck. He died instantaneously. That has to be one of the manliest deaths I can think of. 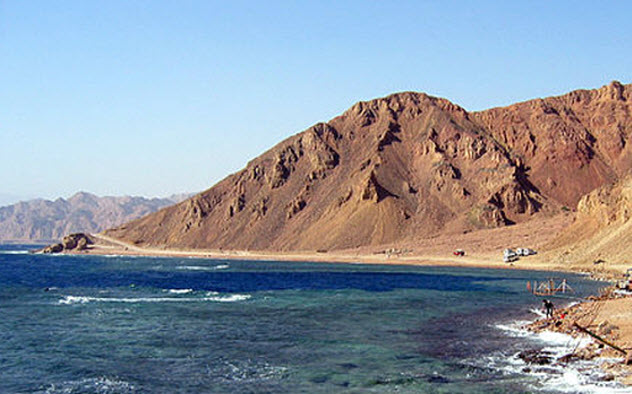 Known as “The Bone Garden,” the “Blue Hole” is located in Dahab, Egypt, on the coast of the Red Sea. Blue Hole is a submarine sinkhole around 90 meters (300 ft) deep that is popular among scuba divers due to the incredible amount of marine life and cathedral-style underwater architecture.

Due to the complex passageways, most notably a structure known as “The Arch,” it is very easy to get lost and either drown or die from oxygen poisoning as a result. (And yes, too much oxygen can kill you.)

On the edge of the sinkhole lies a cemetery with headstones for the estimated 130 people who have lost their lives exploring the hole over the last 15 years. However, even though many refer to Blue Hole as the “Diver’s Cemetery,” the sinkhole remains one of the most popular dive sites in the world. 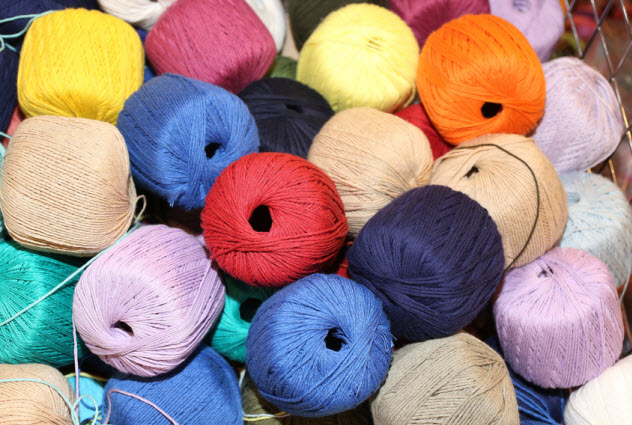 Sweater weather or not, everyone loves a beautiful sweater. And that moment when you put on your favorite turtleneck and the yarn touches your sweet body just like . . . okay, this is getting a little weird.

Well, as usual, we aren’t far from the truth. On August 11, 1987, the co-owner of a wool mill got caught in the sewing machine and was wrapped in 730 meters (2,400 ft) of yarn. Unable to free himself, he suffocated inside a giant ball of sweater. Although it may sound like Tom really stepped up his game in trying to murder Jerry, in reality, it’s just another slow day at the news station. 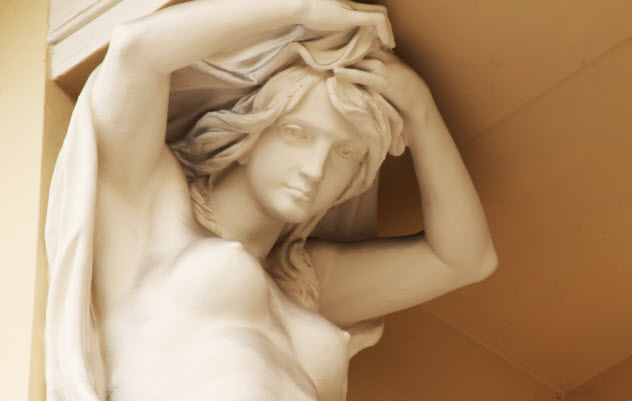 Ah, the beauty in art. So magical, so expressive, so ethereal. Sometimes, the beauty hits you like a rock in the face and stuns you with all of its glory. And the other 98 percent of the time you feel like you’re on a episode of Punk’d.

Is modern art really art? Or is it just a bunch of nitwits trying to make a quick buck by exploiting people’s imagination? (All artists ever: “But that’s what art is all about!” Collective sigh.) Ah, but the real beauty—the real, true art—is in sculptures.

Speaking of which, did you hear about that one Hungarian bloke, Mihaly Gubis, and how he died? No? Well, his sculpture, Woman with Four Breasts, fell on him and crushed him to death.

I know, tragic really. How could I ever cope with such a truly historic piece of art being destroyed? The true horror is that I won’t have anything to stare at when I go to the museum. Oh, well. 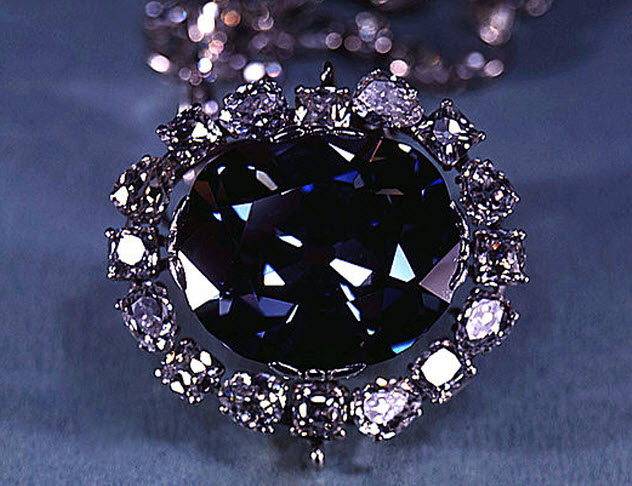 We all know that there are a lot of diamonds with bloody roots, hence their infamous name “blood diamonds.” But these pale in comparison to the dark past of the Hope Diamond. First purchased by Jean-Baptiste Tavernier, he sold the diamond that hailed from India and weighed in at over 112 carats to King Louis XIV of France in 1668. The diamond was later cut to 45.52 carats and put in the necklace that it’s in today to become the world’s largest blue cut diamond.

However, as we have seen, it’s beauty comes at a cost. After being stolen from the French Royal Treasury in 1792 (at the time, the diamond was owned by King Louis XV), the diamond was acquired by King George IV. Then, in 1830, George IV died a mysterious death, leading the diamond to fall into the hands of Henry Philip Hope.

Then Hope died unexpectedly in 1839. This process of receiving and dying continued 10 more times, leaving 10 more dead bodies in its wake, each of which could not be explained. Due to this, the Hope Diamond is thought to be cursed. So if you happen to visit the diamond at the National Museum of Natural History, beware.

I’m a third-year astrophysics major at the University of Virginia who, along with working on some of NASA’s X-ray satellites, enjoys playing my French horn in the orchestra and lifting weights at the gym. Blurbs about myself aren’t my strong suit, but trust me, my suit game is strong.