Many discoveries re truly remarkable, revolutionizing history and science. Others, on the other hand, are not even true discoveries. They are just ordinary, everyday things that due to people’s limited perception have been mistakenly identified as something extraordinary. 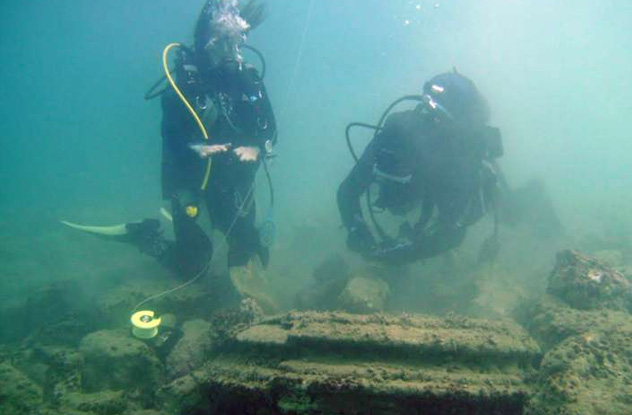 When a group of snorkelers saw what looked like paved floors, colonnades, and courtyards, they thought they discovered the ruins of an ancient Greek city. Unfortunately, they were wrong. A joint study conducted by the University of Athens and the University of East Anglia discovered that the structures found in Zakynthos, Greece, were not man-made but naturally occurring geological formations.

Led by Professor Julian Andrews of the University of East Anglia, the researchers used X-rays, stable isotope techniques, and microscopy to examine the texture and content of the underwater structures. After investigating the site, they discovered that the formations were created during a natural geological phenomenon that happened five million years ago. Another important factor that led them to conclude that the formations were not man-made was the lack of other signs of life, such as pots. 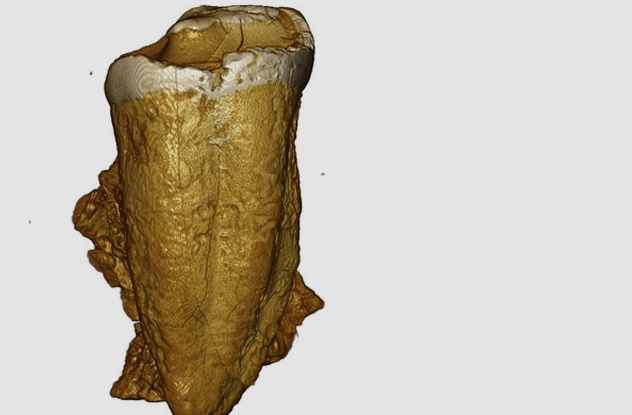 In the 1980s, a group of archaeologists discovered a few fragmentary bones in the San Bernardino Cave in Italy. They discovered the remains in a rock layer estimated to be around 28,000–59,000 years old, leading them to conclude that the bones belonged to Neanderthals.

However, a re-analysis conducted by Stefano Benazzi in 2013 showed that the initial findings were wrong. By using new high-tech tools, Benazzi discovered that the mysterious bone fragments were human and not Neanderthal. Specifically, they belonged to medieval Italians.

Benazzi’s re-analysis also corrected the age of the bones. During the initial discovery, the fragments were dated back to 30,000 years. However, Benazzi’s re-examination dated them back to 1420 and 1480. 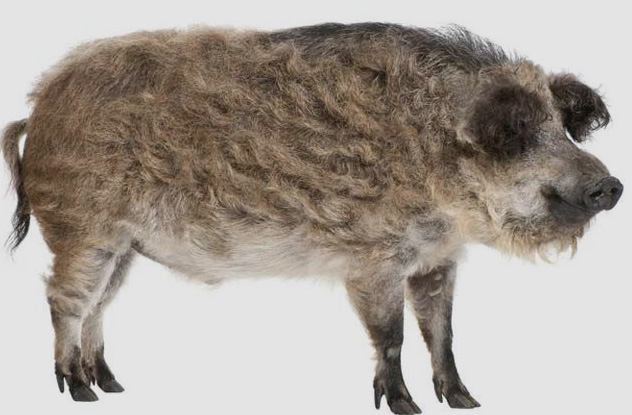 In 2010, an image of a sheep-pig hybrid circulated on the Internet. The creature was covered with wool-like coat but had the face and head of a swine. The photo looked so convincing that a lot of people believed that the animal was the product of genetic modification. Others, on the other hand, dismissed the picture, saying it was photoshopped.

Later on, it was discovered that the animal was neither the product of genetic engineering nor a hoax. The creature shown in the picture was a breed of hairy pigs called mangalitsa, found in the highlands of Hungary and Austria. The wool that made the pigs famous on the Internet protect them from the harsh winters of Europe.

Photos of the mangalitsa started to appear on the Internet when a zoo in Essex, England, displayed them in an effort to raise awareness of their current situation: They are endangered. 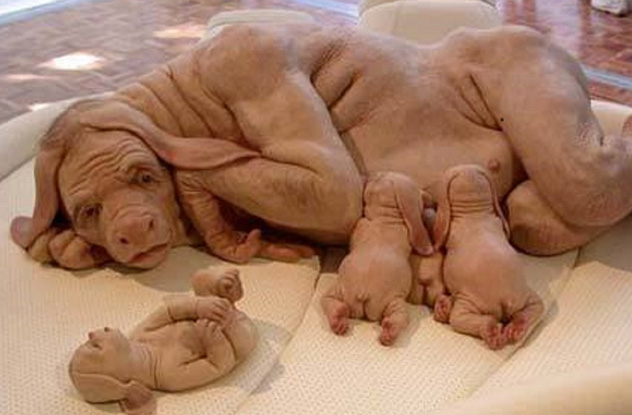 In 2009, a study supposedly published by Israeli scientists went viral online. The research examined what appeared to be a hybrid between a human and a Labrador retriever. It was accompanied by a photo of a “half-woman, half-dog hybrid mother nursing its young.” The picture was so convincing that it succeeded in fooling a lot people, making them believe that scientists have gone too far with playing God.

This could have been a great discovery had it been true, but it’s not. The supposed human-dog hybrid was just a sculpture. It was created by artist Patricia Piccinini and was first unveiled to the public in 2003 during her “We Are Family” exhibit. 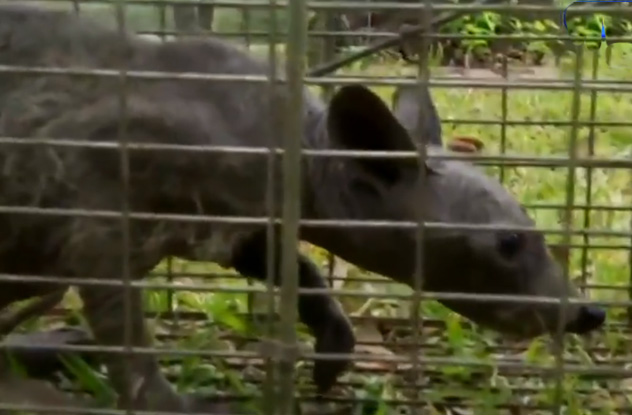 In 2014, a couple from Texas discovered an animal in their property that looked like a chupacabra—the mythical monster believed to suck blood from chickens and goats. Even though a wildlife biologist already suggested that the mysterious animal was either a coyote or dog, it did not stop people from getting convinced that the elusive chupacabra was finally captured.

However, the Ratcliffe chupacabra, as it had been called, did not have the anatomical mouth features that would have enabled it to suck blood. In fact, during its captivity, the creature fed on a diet of corn and cat food.

Experts suggested that what the Texas couple caught was a raccoon suffering from sarcoptic mange, a skin disorder that causes animals to lose hair. In addition, an important factor that led them to conclude that the animal was neither a coyote nor a dog was that it was caught on a tree, the typical place one would find a raccoon. 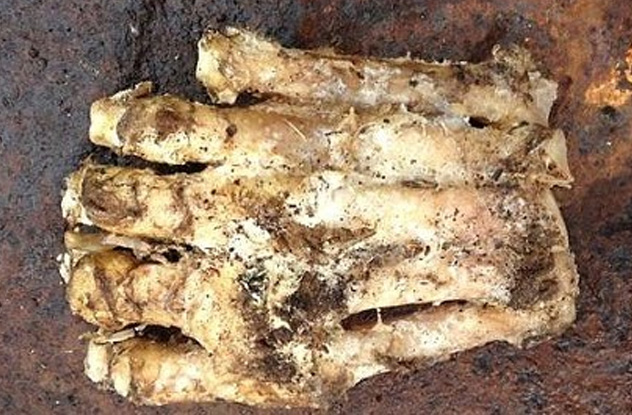 In 2013, some kids from Lakeville, Massachusetts, discovered what looked like a decaying human foot. They immediately alerted the police, who suggested that the body part was the remains of a murder victim. Despite this, local residents still assumed that the foot belonged to Bigfoot, also known Sasquatch.

Through forensic analysis, it was discovered that the foot belonged to a black bear—not Bigfoot. In addition, the severed body part was not even a foot; it was a paw. Though it’s not Bigfoot’s, the discovery was still intriguing nonetheless. How did a severed paw ended in Lakeville? What happened to the rest of the bear’s body? These are some of the questions that remain unanswered.

4Venus Thought To Be Alien Spaceship 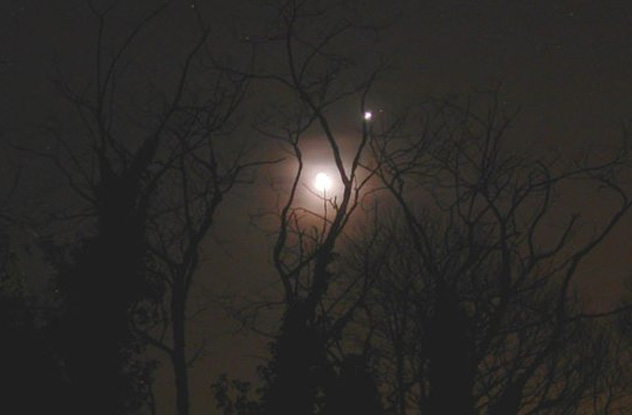 Many natural objects or phenomena have been misidentified as extraterrestrial. One of these is the planet Venus. A lot of people have dialed 911 thinking they have seen or are being chased by an alien spacecraft when in fact it was only Venus.

There is a simple explanation as to why a lot of people misidentify Venus as a UFO: It is extremely bright. It’s the brightest planet in the solar system. It is so bright “it makes Sirius, the brightest star . . . look feeble.” Unlike Earth, Venus is filled with gas, the majority of which is carbon dioxide—the greenhouse gas that causes global warming. The clouds function like mirrors reflecting almost all of the sunlight away from the planet, causing it to be extremely bright and hot.

US Navy confirms UFO videos are the real deal

In 2015, a mysterious bright light appeared in California. The light was so intense that it reached Nevada and Arizona. Not knowing what it was, a lot of people who saw the strange light immediately labeled it as an alien spaceship.

However, just like Venus, there was a simple explanation to the mysterious celestial sight. The US Navy released a statement saying that the light was an unarmed military missile, fired from the USS Kentucky, a ballistic missile submarine off the coast of southern California. The agency did not state what the purpose of the missile test was. However, some believed that it “was related to the rerouting of night-time flights into and out of Los Angeles International Airport.”

2Sea Squirt Thought As The Remains Of A Murder Victim 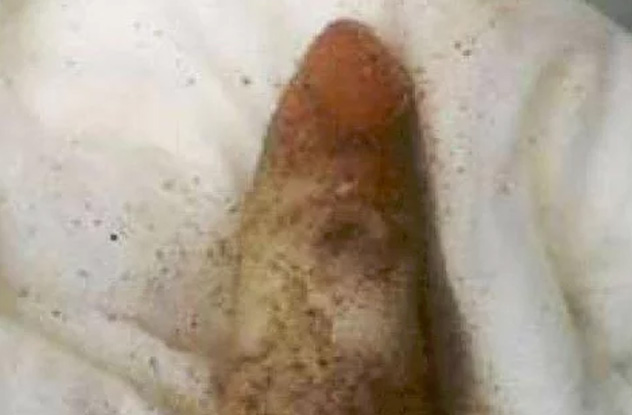 A man walking his dog on a beach in Darwin, Australia, stumbled upon what looked like a severed human finger in early 2015. He immediately reported the incident to the local police, fearing he might have discovered the remains of a murder victim. The police handed the “severed finger” to their pathology department for examination. Instead of shedding light, the results further complicated the mystery.

The forensic test showed that the severed finger was not human, but it did not reveal the origin of the mysterious object. The police came up with several theories. The most plausible was that it was “dead man’s finger”—a type of coral. The only problem with this theory was that this plant is only found in the northern hemisphere.

The police finally gave up and decided to donate the find to the Museum and Art Gallery of the Northern Territory in Australia. There, Dr. Richard Willan, a marine biologist and curator of mollusks, examined the mysterious object. His examination revealed that the decaying human finger was actually a dead sea squirt—“a type of sea-dwelling animal native to the Darwin region.” 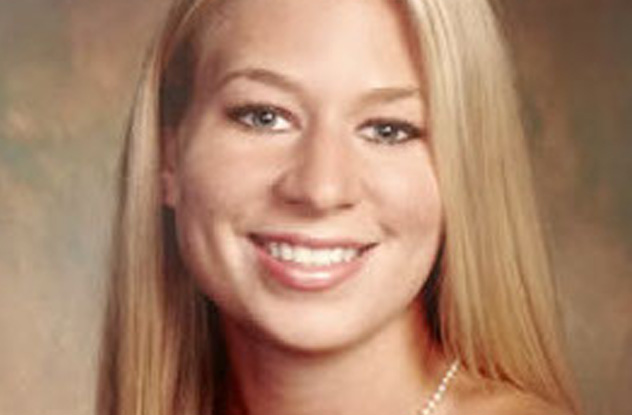 In 2010, a couple from Pennsylvania went to Aruba to have their vacation. As any normal tourists would, they took pictures. When they got back to the US, they noticed something strange in one of the photos: a human skeleton submerged underwater. They immediately alerted the police, fearing they may have discovered the remains of Natalee Holloway.

Natalee Holloway is considered to be the highest-profile missing person in Aruba’s history. She disappeared on May 30, 2005, while vacationing in the Caribbean country.