Asia is home to many great archaeological wonders, such as the Great Wall of China and the the Lost City of Petra. With the help of archaeology and science, many of these Old World marvels have been fully understood, yielding invaluable insight into the history, technology, and lives of ancient civilizations. However, there are a few that haven’t yet given up their secrets. They are shrouded in mystery, and only time will tell if their ancient secrets will be revealed or forever concealed.

For centuries, these enigmatic structures had remained hidden in the deep jungles of Cambodia. It was only when researchers scanned the jungle with lasers from low-flying helicopters that these dome fields were exposed to the modern world.

What puzzles scientists the most is the purpose of these mysterious structures. Experts have not yet determined what the dome fields really are, why the ancient Khmer Empire built them throughout Cambodia, and how they were used. However, researchers do know that one common factor among these enigmatic earthen mounds is that they were all built near Cambodian temples. With the use of modern technology, archaeologists will eventually unlock the mystery of these earthen mounds, but for now they “remain among the most enigmatic features of Khmer landscape archaeology.”

The Nazca Lines of Peru are undeniably the most famous and well-studied geoglyphs in the world. However, there are other geoglyphs that are as equally fascinating and awe-inspiring, such as the Steppe Geoglyphs. These mysterious structures were accidentally discovered by Dmitriy Dey, an archaeology enthusiast, while he was using Google Earth to look for pyramids.

The Steppe Geoglyphs consist of more than 200 gigantic rings, squares, and lines of dirt mounds, each measuring around 1 meter (3 ft) high and 12 meters (40 ft) wide. They were built by an unknown civilization in the Turgai area of Northern Kazakhstan. Because of their massive size, the glyphs can only be fully viewed and appreciated from space.

Dey, who discovered these mysterious structures, believes that they were built by a nomadic group of people called Mahandzhar, who lived in the region between 7000 and 5000 BC. However, many scientists disagree with this theory, since nomadic populations don’t usually stay in a specific place for long periods of time.

The Steppe Geoglyphs are so fascinating that NASA decided to get involved in unlocking their mystery. Experts have admitted that Kazakhstan’s glyphs are “curious and puzzling” and that, “At the moment, we don’t have a clue what they are.” But with NASA’s help, there is hope that the mystery behind these structures will eventually be solved.

8 The Hanging Pillar Of Lepakshi
India 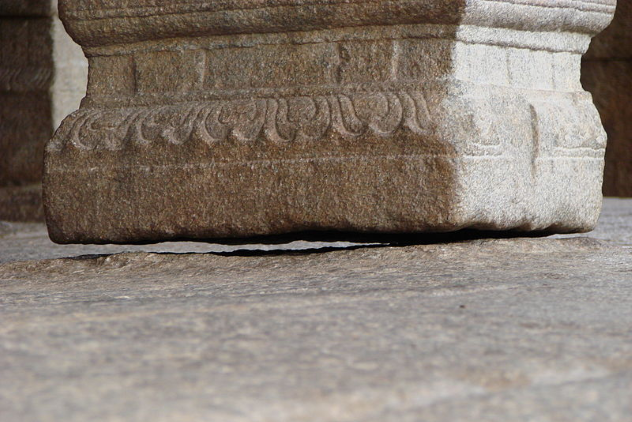 India is blessed with many fascinating and awe-inspiring temples. Of all the temples in India, the temple at Lepakshi is perhaps the most intriguing. This religious structure, which was built during the 16th century, has 69 ordinary columns and one out-of-this-world pillar. This extraordinary pillar does not touch the ground but instead hangs from the ceiling. It’s very common for local guides to amuse tourists by passing twigs or newspaper under this mysterious pillar.

The Lepakshi temple was built by two brothers, Veeranna and Virupanna, in 1583, and it is located in the Anantapur district of Southern Andhra Pradesh. The temple’s hanging pillar is “a tribute to the engineering genius of ancient and medieval India’s temple builder.”

For centuries, several experts tried to solve the mystery of Lepakshi’s hanging pillar. The most notable was a British engineer from the colonial period. In the process of uncovering the secret of the famed pillar, he unintentionally dislodged it from its original position. Thankfully, no damage was done, but the engineer failed. To this day, even with advanced engineering knowledge and modern equipment, scientists have not yet discovered the secret of the pillar’s gravity-defying support. 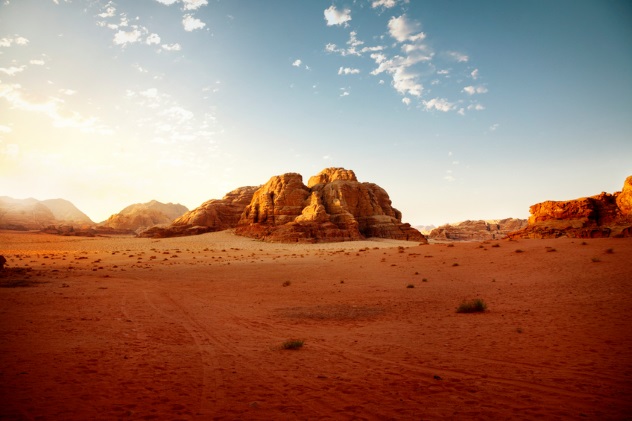 Khatt Shebib is a mysterious wall built across the country of Jordan. Spanning 150 kilometers (93 mi), this archaeological structure has stumped experts for decades. The wall was accidentally discovered by Sir Alec Kirkbride, a British diplomat, in 1948. He was flying in an airplane when he spotted a “stone wall running, for no obvious purpose, across [the] country.”

One intriguing aspect of Khatt Shebib is its height. It only measures 1 meter (3.3 ft) tall, with a width of 0.5 meters (1.6 ft). Because of this, researchers safely assumed that this mysterious wall was not built for defensive purposes. They suggested that the wall might have served a geographical function, serving as boundary between nomads and farmers.

Researchers do not know exactly when the wall was built, who built it, or what its purpose was. However, they’ve theorized that it was constructed between the Nabataean period (312 BC–AD 106) and the Umayyad period (AD 661–750) and that it wasn’t built by one large state but rather by several small, distinct communities. 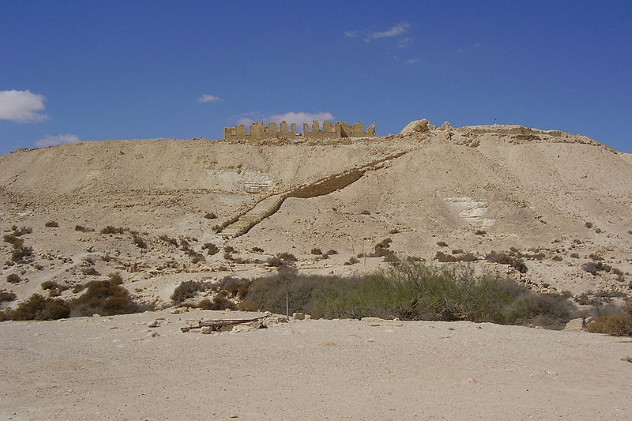 For many years, the southern ancient cities of of Nitzana (pictured above), Haluza, and Shivta were regarded as the commercial and cultural hubs of Israel. Then, one day, the inhabitants of these once glorious cities suddenly disappeared. What’s intriguing is that the inhabitants “carefully sealed up their homes,” indicating that they intend to go back, but they never did.

Archaeologists are at loss as to why the populations of these ancient cities mysteriously left. The infrastructure found in these locations suggest that their inhabitants put tremendous effort into constructing their cities and that they had the intention of staying forever. Something strange happened that caused them to leave either suddenly or gradually.

Over the years, archaeologists have proposed various theories, such as climate change, a plague, or a Muslim invasion. However, they have not yet discovered any evidence that would point them to the right explanation. 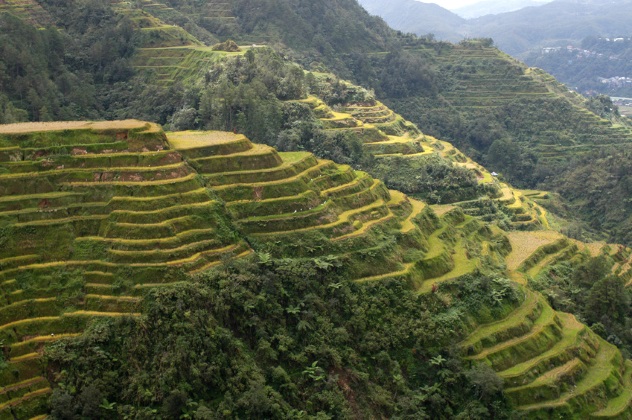 The age of the Ifugao Rice Terraces is a mystery—an issue that has been debated intensely for many years. School textbooks and national historical records say that they’re between 2,000 and 3,000 years old, an approximation given by two US anthropologists, Henry Otley Beyer and Roy F. Burton. However, a recent study conducted by Stephen Acabado, a Filipino archaeologist, refutes this claim and suggests that the Ifugao Rice Terraces might only be between 400 and 500 years old.

If proven correct, this finding could potentially diminish the value of the Ifugao Rice Terraces and rewrite Filipino textbooks and historical records. However, Acabado insists that the objective of his study is not to belittle the Ifugao Rice Terraces but rather “to promote the idea that an older or later dating does not decrease [its] heritage value” and that its magnitude, beauty, and history will forever remain breathtaking and fascinating.

Aside from Khatt Shebib, Jordan has another fascinating archaeological mystery—Big Circles. These huge structures are made up of stone walls that are only a few feet tall but around 400 meters (1,300 ft) wide. They were first discovered in the 1920s, but it was only recently, when the use of aerial photography became widespread, that scientists started to take an interest in solving the mystery behind them.

Originally, the circles had no openings, and in order to get inside, people needed to jump over the low stone walls. Even today, experts still do not know when then circles were constructed, who built them, or why they did it. However, based on the artifacts discovered near these structures, archaeologists theorized that they were built at least 2,000 years ago. Other experts suggested that they might be even older than that—as old as prehistoric times.

Experts say that building these circles wasn’t difficult. They theorize that constructing a single Big Circle took approximately one week. However, the fact that these structures are nearly precise circles suggests that the task might have been more complicated, took longer, and had the guidance of a knowledgeable person acting as an architect.

Scientists discovered numerous pipes inside three caves in China’s Qinghai Province. Adding to the mystery, the caves where the iron pipes were found are located inside a strange pyramid near Mount Baigong. The pipes vary in size. Some are big, while others are smaller than a toothpick. At first glance, one would assume that there’s nothing extraordinary about these pipes. However, scientific analysis suggests that they are 150,000 years old.

Known as the Baigong Pipes, these mysterious objects have baffled scientists ever since they were discovered. For one thing, the area where they were found was only inhabited by humans about 30,000 years ago. Adding to the mystery, experts discovered that “8 percent of the material could not be identified.” The mystery doesn’t end there: A geology researcher from China Earthquake Administration named Zheng Jiandong claimed in 2007 that some of the iron pipes are highly radioactive.

The Baigong Pipes are so enigmatic that several wacky theories have been proposed to explain their existence, one of which even has the support of a scientist named Yang Ji. Ji, who is a researcher at the Chinese Academy of Social Sciences, suggested that the mysterious pyramid along with the iron pipes found inside it where built by extraterrestrial beings. However, he clarified that “scientific means must be employed to prove whether or not [this theory] is true.” 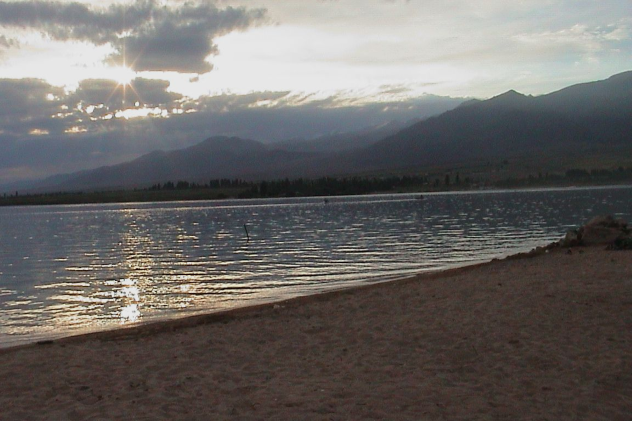 In 2015, researchers from Tomsk State University discovered an ancient civilization submerged in Lake Issyk-Kul. The lake, which is considered to be the tenth-largest in the world and the second-largest salt lake after the Caspian Sea, is located in Kyrgyztan.

The researchers found 200 artifacts, one of which is a big ceramic pot that contains Armenian and Syrian scripts. This find is significant, since it could potentially solve the mystery of St. Matthew’s final resting place. Catholic tradition says that the apostle was buried in the Salerno Cathedral in Italy. On the other hand, there is a theory among the followers of the Orthodox Church which suggests that St. Matthew’s remains are located in an Armenian monastery in Lake Issyk-Kul. They believe that after the apostle died in Syria, his followers hid his body and then brought it to Kyrgyztan to avoid Roman persecution.

This theory has remained unsubstantiated up until now. The discovery of ancient artifacts with Armenian and Syrian languages in Lake Issyk-Kul suggests that an Armenian monastery once existed there and that this religious institution might contain the remains of St. Matthew. However, the researchers have admitted that in order to turn this theory into fact, they need to conduct further diving and investigation. 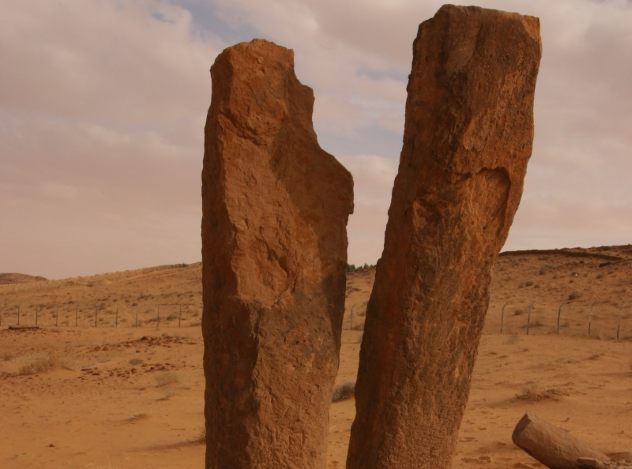 Also called Al-Rajajil (“the men”), Saudi Arabia’s Stonehenge is a collection of mysterious man-made stone monuments erected in Al-Jouf. Many of the stone pillars have already fallen, while others lean at random angles.

The makers of these structures organized them in 54 groups, with each group having two to 19 stone pillars. At first glance, the stone monuments do not seem to resemble any meaningful pattern. However, if viewed from above, the stone pillars “suggest a rough alignment to sunrise and sunset.”

Archaeologists do not know much about Al-Rajajil. Questions, such as who built them and what their purpose is, remain unanswered. Though not much is known about these mysterious structures, experts have suggested that they don’t fulfill any religious purpose. This assumption was widely accepted after no human remains or religious artifacts and offerings were discovered in the vicinity of the stone pillars.

If not for religious functions, then what might have been the use of Al-Rajajil? Experts suspect that whoever erected these stone monuments used them either for astronomical or political reasons. Aside from that, there’s also a group of researchers who suggest that they might have been used as a landmark. Al-Jouf, where the monuments are found, was an important stopover on the Yemen-Iraq trade route.

Paul Jongko is an experienced writer who spends his time writing interesting stuff and managing MeBook.com. When not busy writing, Paul spends his time creating piano covers, mastering his capoeira skills, and doing progressive calisthenics training. Follow him on Twitter.