Many ancient sightings of strange lights in the sky come to us through mythological and religious stories passed down through the generations. It’s not until newspapers began reporting strange sightings that people started realizing that there might be a few hidden truths in those ancient sightings.

Whether those truths are scientific, religious, or otherworldly remains to be fully seen. Some of the sightings that were reported in the late 1800s were highly dubious, such as the one from Findlay, Ohio, in 1888 where residents “were terrified last night by seeing strange flashes of light in the northern sky which assumed the shape of a human hand. The appearance lasted an hour. The first finger of the hand seemed to point to the sleeping city, while blood seemed to drip from all the fingers.”

Other sightings, such as the ones below, have an origin that can be scientifically discovered. 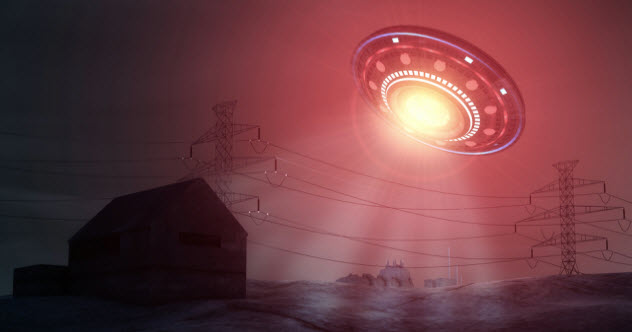 It was alarming. “It flitted over San Jose” was printed on the front page of The San Francisco Call. Witnesses claimed that they saw a flying ship hovering over San Jose. One account stated that the “strange light” was traveling rapidly eastward toward San Jose. The light then changed its course to southwest, south, and then southeast. Then it disappeared behind the horizon.

A second witness had a far more bizarre description of the bright object. He said, “It had a pair of wings which were constantly flapping not from side to side like a bird’s but with more of a forward and downward motion. Beneath it several feet hung a ball of red light which lit up the bottom of the ship and sent its ray far down below.”

While people were coming forward with these strange sightings, the ex-Attorney General W.H.H. Hart stepped forward and claimed that the ship was a one-of-a-kind invention created by someone who was living in Cuba. The former attorney general also promised the public that he would try to get them an exhibition of the aircraft, but no further details were provided in the days after the sighting. 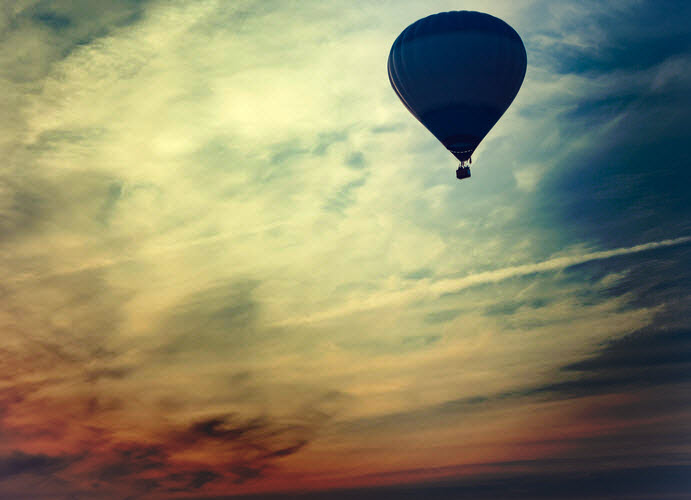 There was a strange report of a bright, balloon-shaped object in the sky well over 100 years ago. According to The Herald, a newspaper out of California, the indigenous people of British Columbia saw the illuminated balloon shape but were unable to report it right away.

When word got out, some claimed “that the Indians’ imaginations had been at work and that there was no balloon or other aerial visitor about.” However, another report came in from Mr. Fitzgerald, a Caucasian male, stating that he and his partner “saw a strange light in the sky seemingly attached to a monster balloon. They watched it until an hour after daylight when it disappeared.”

There were no known balloon crafts in the sky at that time and no one claimed ownership or origin for this sighted object. 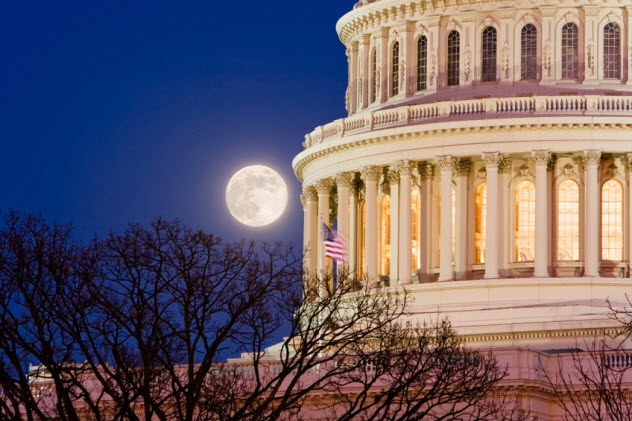 This is what happened to the folks on 19th Street, between Pennsylvania Avenue and H Street, in Washington, DC. They started seeing “a strange light in the sky at a point near the horizon east by northeast.” It was strange that the lights that seemed “to be engaged in a wild, hilarious dance” could not be seen anywhere else.

The people started to investigate the possible cause of these dancing lights and discovered that it was “merely the reflection of the moonbeams on the electric wires strung high in the sky on the east side of 19th Street and also that it was only visible when the Moon was at a particular point in its nocturnal journey.” 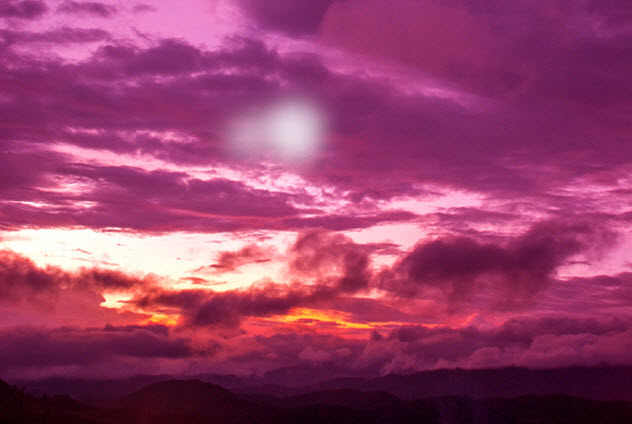 The town has a rather ominous name for a sighting. Babylon, New York, was the sight of a strange light sighting in spring 1898. Residents who saw the light say that it began at around 8:45 PM. The light started in the east and traveled south, although sometimes, it seemed to be directly overhead.

Other people turned toward superstition and “connected the light with the threatened war.” Air balloons were in use around at this time, but none of the witnesses heard the sounds commonly made by this form of air travel. Other airships were being invented in Europe, with the more popular German zeppelin having been built in 1895, three years before this particular sighting. 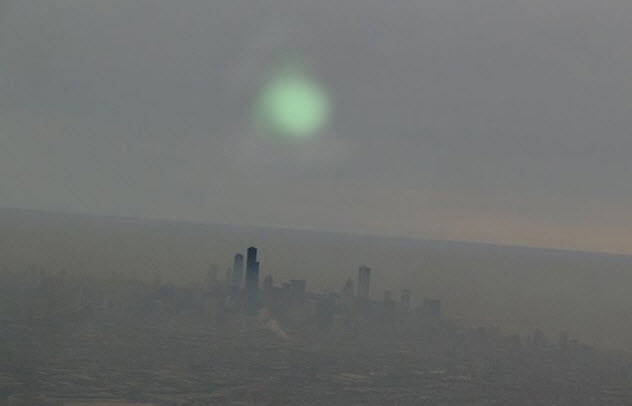 While the article sounds dismissive about the sighting, many newspapers from over 100 years ago had a snarky approach to reporting the news. Professional and unbiased reporting had not come into play yet, and newspaper owners decided on the overall voice of the paper.

However, it is interesting to note that a light could be seen through the Chicago smog at a time when electricity was still very new to the city. Gas light dominated the city from the 1850s to the early 20th century, and electric lighting only came into the Chicago financial district in 1888. No further news could be found on whether the light moved or stayed stationary. 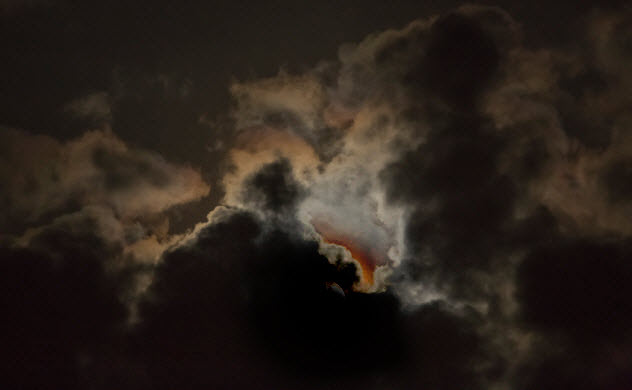 In late summer 1903, a strange light appeared in the sky over Marquette, Michigan. The light was first seen directly overhead. It then circled around the city and “gained in brilliancy and slowly faded until it was very low in the sky and had entirely disappeared.”

Residents claimed that they had never seen anything like it before. There was some speculation that it could have been the northern lights, but the flight pattern did not seem like something that would naturally occur. The same thing happened about 25 kilometers (15 mi) away at the city of Ishpeming.

The newspaper report said that the sightings “caused considerable anxiety.” No follow-ups could be found related to this incident or what the strange light might have been. This is the same year that the Wright brothers made their first four successful, although short, airplane flights in Kitty Hawk, North Carolina. 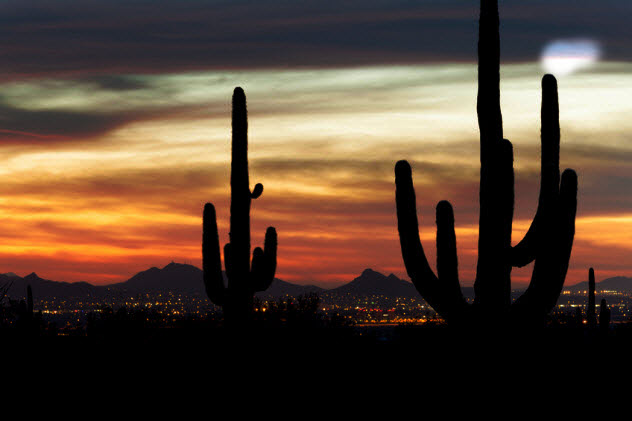 Described as a will-o’-the-wisp, “a peculiar light about the size of a 10-cent piece held at arms length” was seen in the sky to the northeast of Phoenix, Arizona. The light was said to have “swayed to and fro and then remained stationary.” This happened at about 7:46 PM and lasted for approximately six minutes.

Theories were bounced around that the strange light was possibly an asteroid or a comet that became “tangled, as it were, in the Earth’s atmosphere, very much the same as a fly becomes enmeshed in the strands of a cobweb.” A few people thought it was the star of Bethlehem, but according to others, the light was not in the correct area of the sky to be the star of Bethlehem.

Strangely enough, one newspaper reported that “the younger generation [was] of the opinion that it was the lantern of some marooned aeronaut who had anchored his sky boat to a cactus on account of the high wind.” 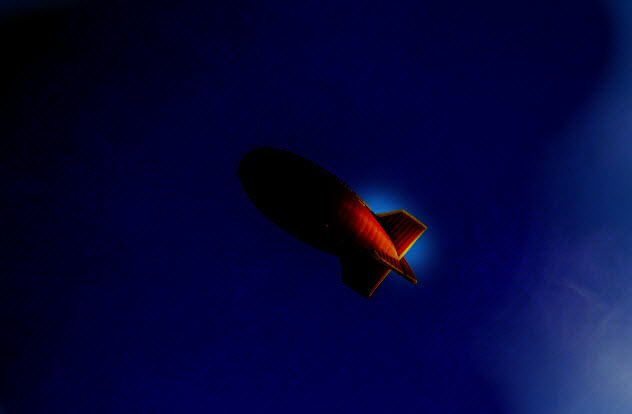 By 1916, people thought that they were seeing German zeppelins in the sky over different parts of the United States. While there are no substantiated claims of Germans invading US airspace at this time, zeppelins were the only thing that people could use to explain away strange lights in the skies.

A great example of this was when the people of Sunbury, Pennsylvania, saw a strange light in the sky one night. The papers claimed afterward that “it was feared the occurrence might mean that a German zeppelin was hanging over town.”

But as one newspaper pointed out, “with all due respect to the importance of Sunbury on the map of Pennsylvania, why should the kaiser desire to smash it in preference to some town engaged in the manufacture of munitions for the Allies?”

Of course, in all this rant against the silliness of Germans invading Sunbury, the main story of the mysterious light was lost. 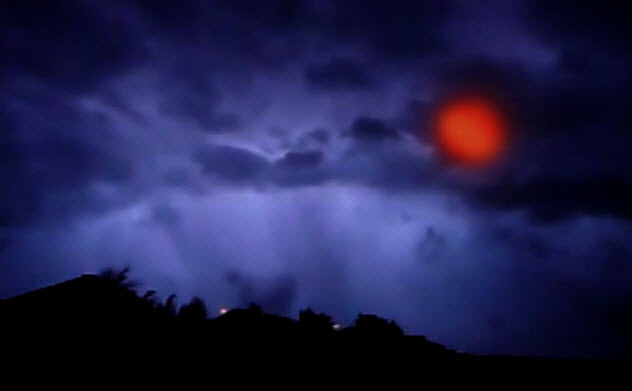 In fall 1919, the residents of Sunnyburn, Pennsylvania, had one heck of a brilliant light show. The newspaper report said that “flashes of light resembling sheet lightning, followed probably three minutes later by the appearance of a ball of fire as large as the headlight of an automobile or about the size of the full Moon in the sky, have been attracting attention.”

The initial sighting began at around 8:00 PM and continued in “intervals of about five minutes.” The large ball of fire lasted for a few seconds before breaking into pieces of light and disappearing. The same phenomenon had been seen a few days earlier and during the previous summer.

Wanting to discover the source of the light show, an inquiry was made to the water and power company, but no connection could be found to the power plant or the power lines. There were some who, being superstitious, feared “it might portend another war or similar calamity.” 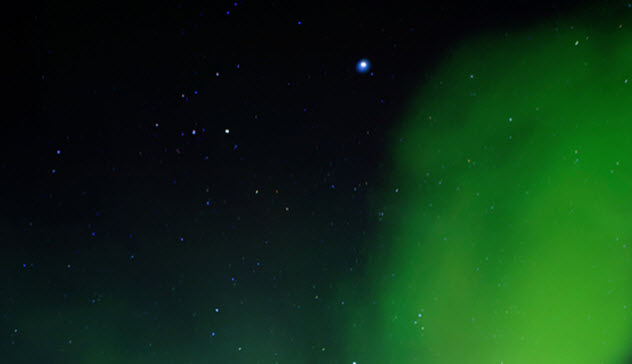 Mysterious green lights seem to be appearing rather frequently, with one of the latest sightings happening in Southern California on April 26, 2016. The US Naval Observatory says that these green or bluish glowing balls flashing in the sky are fireballs, which in no way diminishes their strangeness.

Back in spring 1921, residents of Tulsa, Oklahoma, also saw a green ball in the sky and described it as a “huge greenish light, appearing to be a formation of some gaseous substance in the shape of a great ball.” It was seen on the southeast end of Tulsa a little after 11:00 PM for about 15 minutes.

It caused quite a stir at the time, and people phoned the papers to report the sighting and also to find out what it was. There was speculation that it could have been a meteor, but today’s fireball explanation sounds far more plausible than a “meteor cast off by a star.”