Alcohol is a double-edged sword that’s been enjoyed for centuries by individuals from all walks of life. It can lend courage to the cowardly, creativity to the unimaginative, and, of course, be the downfall of one’s life. From excessive consumption during colonial times to bizarre drinking traditions from around the world, the following 10 cases explore random, little-known facts—both scientific and historic—regarding God’s liquid gift to mankind. 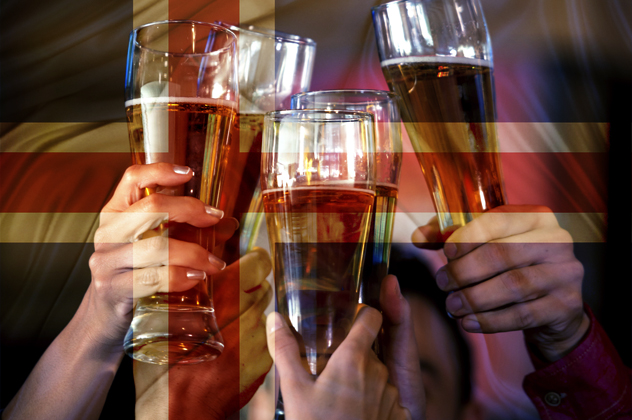 Iceland, whose alcohol consumption has increased 35 percent between 1992 and 2012, has an official holiday on the first of March known as “Beer Day.”

The history behind the date symbolizes much more than simply becoming intoxicated. It all began in 1915 when prohibition went into effect in Iceland. A short time after, Spain threatened that if Iceland didn’t begin importing Spanish wines once again then Spain would stop all importation of salted cod, which would be a major blow to Iceland’s economy.

Iceland complied, and in 1921, the ban on red Spanish and Portuguese wines was lifted. However, beer was still prohibited until March 1, 1989, when Iceland declared that people could legally buy beer again. On that date, people flocked to the streets in celebration and have continued to do so ever since. 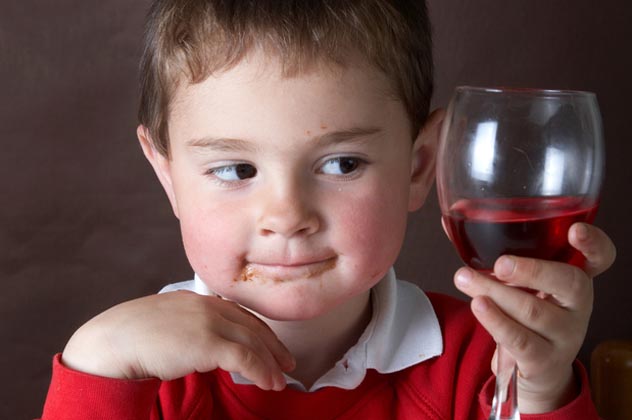 The drinking age in the United States has varied between 18 to its current state of 21. Such an age would be absurd in 10 percent of the world, given that a total of 19 countries have no minimum drinking age at all, such as Sierra Leone and Cambodia. Fortunately, Antigua, Barbuda, and the Central African Republic are a little stricter when it comes to alcohol consumption—their minimum drinking ages are between 10 and 15 years old.

However, no laws are more stringent than the 16 countries where alcohol is illegal to consume at any age, such as Afghanistan, Somalia, and Pakistan. Iran, whose ban on alcohol was instituted after the 1979 revolution, displayed just how serious a criminal offence drinking was in 2012, when two men were sentenced to death for drinking alcohol. The men had two prior convictions for which they each received 80 lashes. 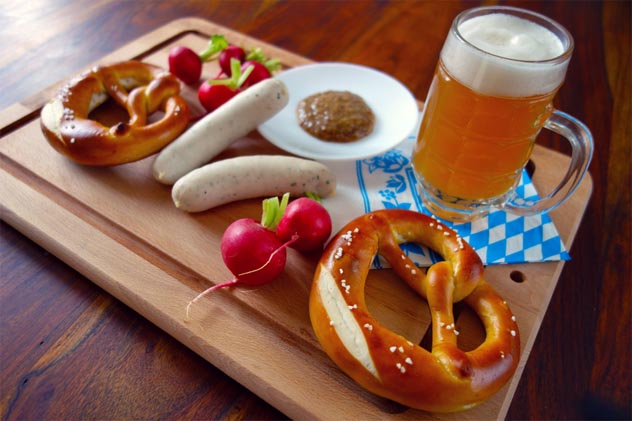 Most of us are familiar with the oh-so-delicious mimosa, the champagne and orange juice concoction that has forever turned drinking at sunrise into an acceptable and classy experience. On the other hand, some countries have taken the tradition of morning boozing to a whole new level.

The Black Isle Brewery in Scotland has recently released Cold Turkey, a rich beer marketed for morning drinkers that has “all the malty taste of a multigrain cereal.” Although its alcohol content is a measly 2.8 percent, many in Scotland are concerned that the move will promote alcoholism in a country that has the eighth highest alcohol consumption in the world.

At the other end of the scale is the 38-percent Danish liquor eye-opener, Gammel Dansk. Described as being similar to Jagermeister, Gammel Dansk is traditionally drunk at breakfast, straight up and at room temperature. In fact, many people in Denmark prefer to have a small glass along with their coffee to get the day started.

And then there’s the famous Bavarian breakfast. In Bavaria, a German federal state in the southeast of the country, many people take the edge off in the morning by enjoying a cold, tall beer. In fact, Bavarians even have a word for it: fruhschoppen, which means “drinking alcohol before noon.” 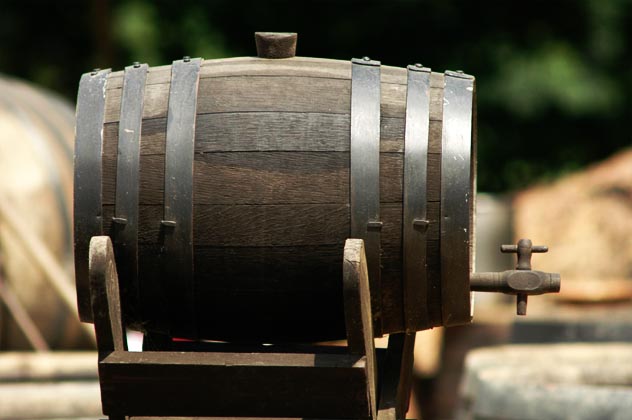 Americans have never been shy when it comes to indulging in an occasional drink or two, and perhaps it all dates back to colonial times, when Americans drank more alcohol than at any other time in history. In fact, the average American drank about eight ounces of alcohol a day. It was typical for people to drink beer or cider for breakfast. Even children boozed in colonial America, and it all began in England.

During this time, waterways in Europe were polluted, causing many to become gravely—often fatally—ill. For this reason, they substituted alcohol for water, and the tradition carried over to the New World. Whiskey was often given to “cure” laryngitis and colic, hot brandy was taken for cholera, and even a shot of liquor was essential for pregnant women to ease their discomfort.

Founding father John Adams began his mornings with a draft of hard cider, and John Hancock was known to smuggle wine. In fact, more than 100 years prior, in 1622, the Virginia Company of London wrote Governor Francis Wyatt at Jamestown complaining that the colony was being hurt by the colonists’ drinking habits. However, those concerns clearly fell on deaf ears, and the tradition enthusiastically continued. 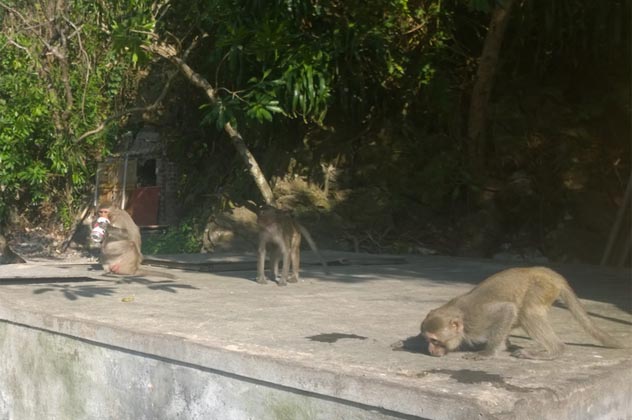 The pen-tailed treeshrews of Malaysia are said to have the world’s highest alcohol tolerance. Fruit bats as well as the slow loris are not shy when it comes to indulging, eagerly consuming fermented fruits and nectar from plants and flower buds.

However, one of the more interesting cases is that of the rhesus macaques, who have the tendency to drink until they fall down or pass out, according to a 2006 study. The study also showed that the monkeys who drank the most often lived alone and drank toward the end of the day, a pattern similar to that of humans.

Vervet monkeys, sometimes referred to as green monkeys, have become accustomed to the ethanol in the fermented sugar cane which can be found throughout the Caribbean. Interestingly enough, research also showed that the younger monkeys drank more alcohol than the adult monkeys, according to Jorge Juarez of the Universidad Nacional Autonoma de Mexico.

The list continues, from butterflies that drink beer to boost their spermatophores to male fruit flies that turn to booze after being sexually rejected. 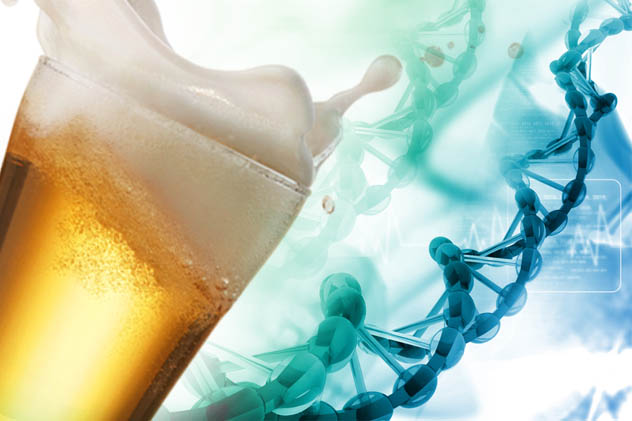 Studies have indicated that alcoholism is influenced by both environmental and genetic factors. One particular group with a historically high rate of alcoholism is Native Americans. Dr. Ting-Kai Li, professor of medicine and biochemistry, believes that this is due to an inherited gene mutation. According to Dr. Li, Native Americans do not have the protective genes that allow the metabolism of acetaldehyde.

Of course, there are other factors that play into alcoholism, such as one’s environment. Whatever the case may be, Native Americans as a group have the highest alcohol-related deaths of all ethnic groups in the United States, and therefore such research is crucial to understanding and helping those affected. 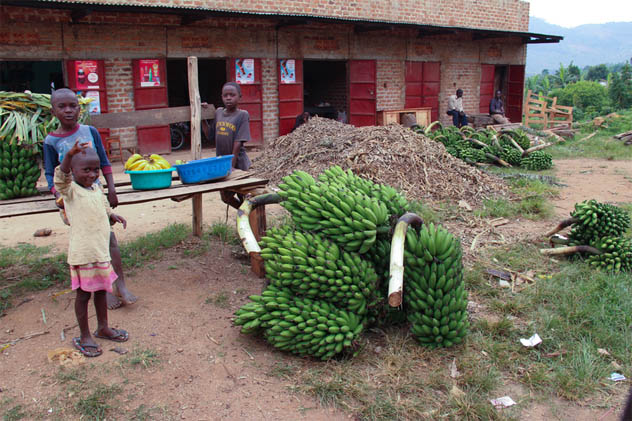 Over a three-week period in 2010, more than 100 people in Uganda died after drinking illegal homemade banana gin laced with methanol. Before dying, those affected experienced blindness and suffered kidney and liver failure. Hundreds of households were searched in the days following the deaths, looking for homemade gin producers.

Waragi, as it’s called in Uganda, is made from bananas, millet, or sugarcane and is sold for one-sixth the price of leading regulated alcohol brands. Unfortunately, the government of Uganda made it illegal to produce unregulated waragi, which accounts for nearly 80 percent of the liquor in the country.

The law was quickly proven to be ineffective. For starters, the illegal production of waragi carries a fine of only $1.50 USD and politicians refuse to crack down on rogue waragi producers, believing that it would cripple many household incomes, ultimately losing their vote in the elections. Regardless, as long as the law stands and people continue to make waragi using whatever chemicals they can obtain, the deaths will continue to rise. 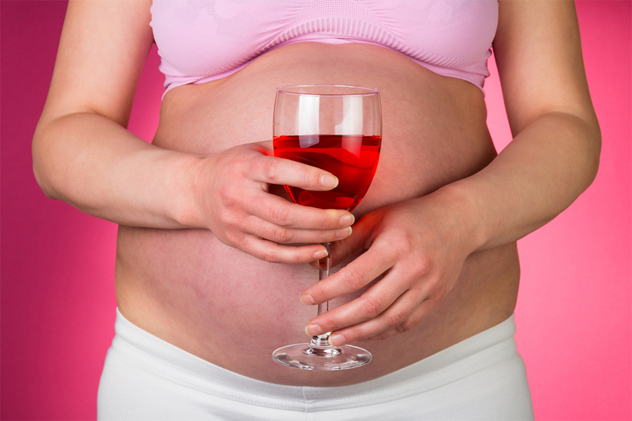 The debate as to whether or not an expecting mother could safely have a small amount—say, a glass of wine—has been a contentious debate for quite some time. A recent Danish study found that women who drink one glass of wine per week had children with greater behavioral and emotional well-being as opposed to mothers who refrained from drinking, although the CDC still recommends that pregnant women abstain from alcohol entirely.

However, there are many doctors who find that an occasional glass of wine is harmless for the unborn child. Dr. Marjorie Greenfield, a professor of obstetrics and gynecology, believes that there is no evidence that light drinking is dangerous, and that one or two drinks per weeks is “OK.” 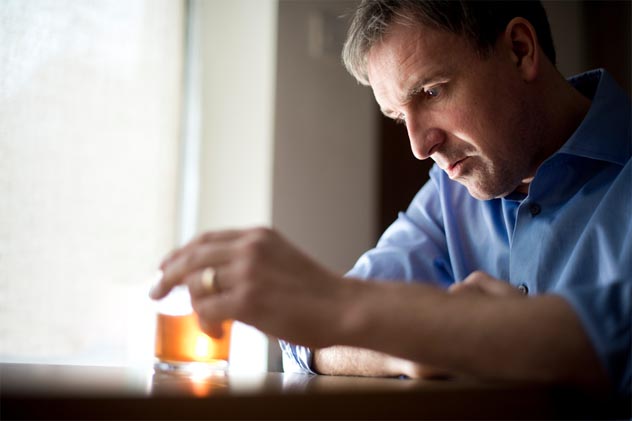 We all know how detrimental alcohol abuse can be. Medically speaking, we tend to think of liver cirrhosis when talking about alcoholism, but the fact is, cirrhosis is just one of many medical ailments attributed to alcohol abuse. For instance, alcoholism can lead to a decrease in the body’s ability to absorb vitamin B1 (thiamine), thus diminishing the stores we have in our body.

This deficiency causes a profound effect on our neurological system, a condition known as Wernicke-Korsakoff syndrome. This neurological disease has a range of physical abnormalities, including an inability to coordinate voluntary movements like standing or walking as well as ocular impairments like double vision and involuntary eye movements. Wernicke-Korsakoff syndrome can also cause confusion and memory loss, which often leads those affected to create imaginary events to fill in the gaps, medically known as confabulation.

Perhaps the most life-threatening and common ailment seen in chronic alcohol abuse is congestive heart failure due to dilated cardiomyopathy. Dilated cardiomyopathy basically refers to the fact that the heart has stretched so much, it often appears to look like a balloon on a chest X-ray, thus affecting its ability to pump blood throughout the body. 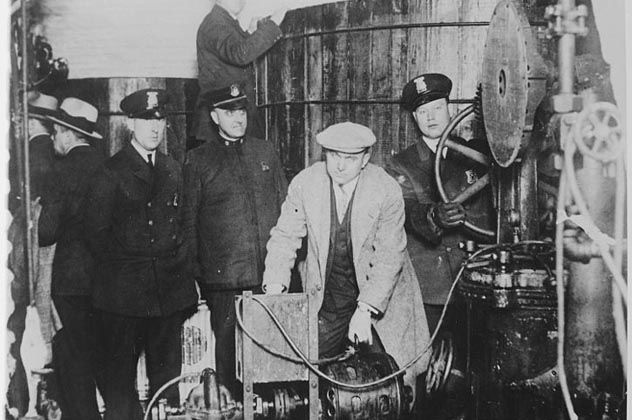 Between December 25 and 27, 1926, the city of New York saw 31 alcohol-related deaths and countless others desperately ill. What was originally speculated as your typical alcohol poisoning turned out to be far more disturbing given that the deaths were courtesy of the US government.

When Prohibition took effect in 1920, law enforcement began denaturing industrial alcohol by adding toxic chemicals. This plan was conducted with the hopes of deterring people from re-purifying the liquid so that it could be consumed. As time passed and the speakeasies and underground bars flourished, the anti-drinking forces in the government developed a new denaturing process that would make industrial-grade alcohol twice as poisonous.

TIME magazine noted in a 1927 article that three ordinary drinks of this concoction created by the government would cause blindness. Government officials stated that the individuals who consumed the alcohol did it under their own free will, and the act was therefore nothing short of a deliberate suicide. The government insisted that they held no responsibility. Prohibition came to an end five years later, and by that time, the actions of the United States government had claimed the lives of at least 10,000 people.