On April 26, 1986, the Chernobyl disaster happened. The fallout from the incident (both literally and figuratively) continues to be felt around the globe. But the greater tragedy of Chernobyl has overshadowed many fascinating tales that arose from this tragedy. Here are 10 things you didn’t know about the aftermath of the Chernobyl disaster.

10The Buried Village Of Kopachi 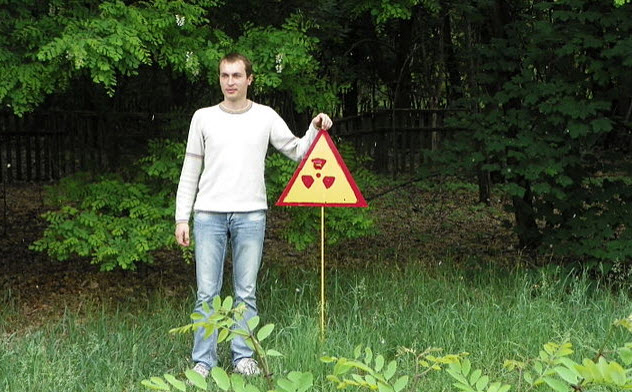 After the Chernobyl disaster and the evacuation of the surrounding area, it was decided that the village of Kopachi, which had been heavily contaminated by the fallout, would be buried to keep the radiation down.

The entire town was bulldozed except for two buildings, and then the rubble was buried. However, the burial only made the situation worse because radioactive chemicals made their way into the local water table. This ensured contamination of the area for a much longer time than would have otherwise occurred.

Currently, the area is covered with grass. The only remnants of the town are radiation warning signs that mark each place where a building was buried.

9A Successful Experiment Caused The Accident 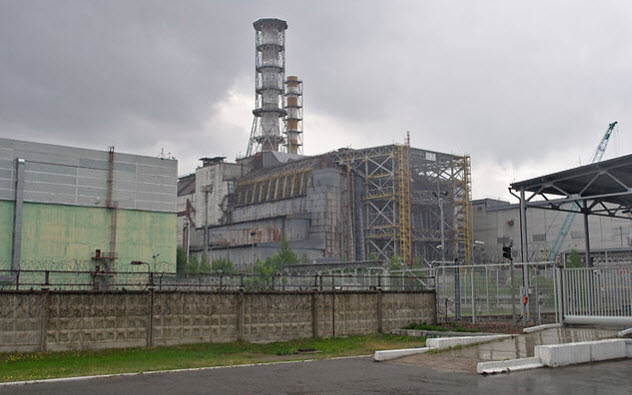 The experiment using Chernobyl’s Reactor No. 4—that led directly to the disaster—was actually meant to increase reactor safety. The Chernobyl power plant had diesel generators that would continue to power cooling pumps if the reactor itself went offline.

However, there was a one-minute gap between a reactor shutdown and the generators reaching full power, an unacceptable period for the power plant operators. The turbine was modified to keep it turning after a shutdown of the plant. Without approval, the plant director decided to run a full-scale test of this safety feature.

However, during the test, reactor power output dropped far below the level expected. Due to the design of the RBMK reactor, this caused increasing reactor instability, which the automated systems successfully countered.

Although the experiment succeeded, the reactor itself suffered a power spike, blowing off the roof of the reactor. This caused the most significant nuclear power plant disaster ever suffered.

8The Power Plant Continued To Operate Until 2000 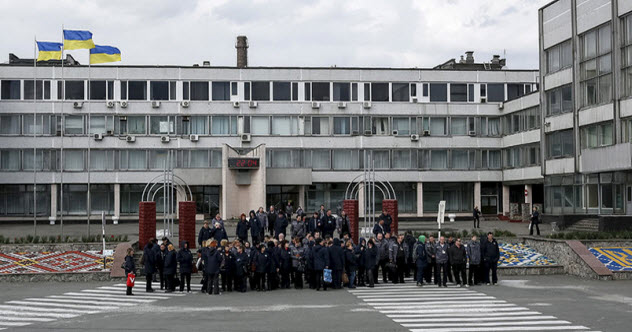 After the major cleanup efforts in Chernobyl ended, the Soviets kept the remaining reactors at the Chernobyl power plant in operation until the dissolution of the Soviet Union and the independence of Ukraine. In 1991, Ukraine claimed that it would shut the balky power plant in 1993.

But chronic energy shortages and conflict with Russia, Ukraine’s main external source of energy, convinced the Ukrainian parliament to delay the shutdown of the power plant, which provided 5 percent of Ukraine’s electricity. However, they didn’t have the money to pay nuclear workers, which led to at least 100 safety incidents every year at Chernobyl.

In 2000, 14 years after the Chernobyl disaster, the president of Ukraine finally decided to shut down Chernobyl for good after intense pressure by other nations and the promise of one billion dollars to build two new nuclear reactors. Even then, workers at the plant protested the decision as the last power plant was taken offline.

7There Was A Second Fire At Chernobyl In 1991 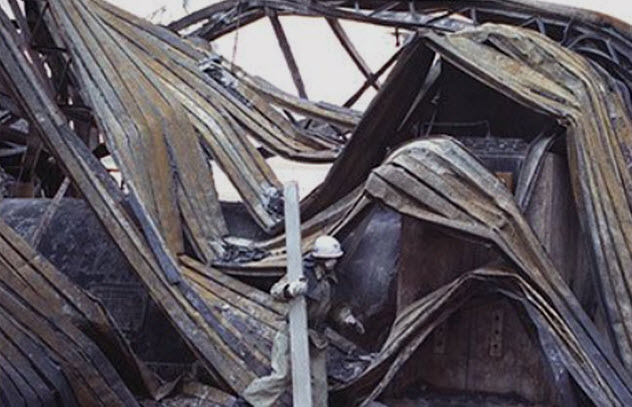 Given the safety violations, lax enforcement of safety protocols, poor maintenance, and inadequate training of personnel at the Chernobyl power plant after the disaster, it was inevitable that further problems would occur. In 1991, a serious incident took place in one of the remaining steam generators.

The fire started while the steam turbines that generated electricity from Reactor No. 2 were being spun down for routine maintenance. This required the reactor to shut down, but automated mechanisms accidentally restarted it instead. 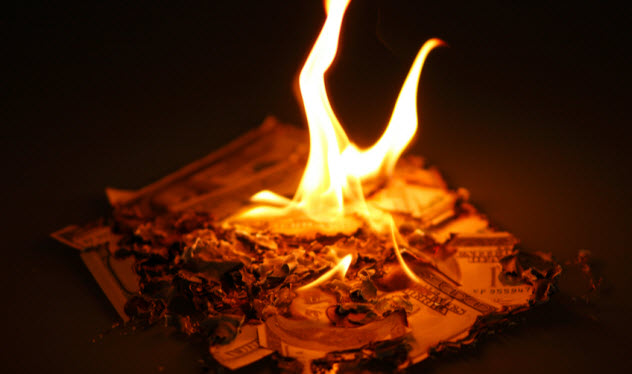 Given the radioactive nature of the disaster, there were huge long-term spending commitments associated with maintaining the containment of the exclusion zone, resettling people who moved from the disaster zone, providing medical and social care for people affected by the disaster, and more.

By the 21st century, this had dropped to a far more reasonable but still high 5.7 percent of the national budget. Obviously, government spending on this scale is unsustainable in the long term.

5The Myth Of The Suicidally Brave Divers 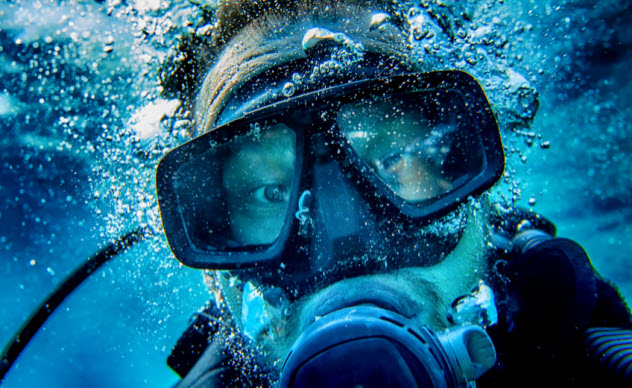 Although fires from the initial explosion were soon extinguished, molten nuclear reactor fuel remained inside the ruins of the reactor building and posed a significant threat at Chernobyl. If the molten fuel had come into contact with the coolant water beneath the reactor, the resulting reaction could have destroyed the entire Chernobyl facility.

The story goes that three volunteer divers ventured into the pool of water beneath the reactor and drained it in the face of lethal radiation, dying immediately afterward but saving millions more from nuclear fallout. The real story is more mundane.

Three men did enter to turn on the valves to drain the pool, but the water in the basement of the building was only up to their knees. Other workers had gone before them to map the radiation, so these men weren’t walking into the unknown.

The valve that drained the water was easy to find, and the men completed their assignment without complications. The men went on to live full lives without dying of radiation-related causes. 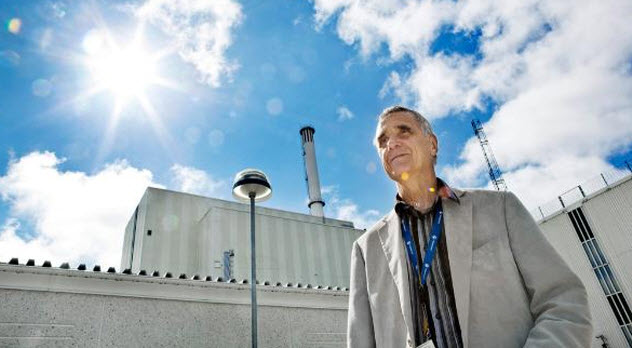 On the day of the Chernobyl disaster, the first sign of problems outside the Soviet Union showed up when a Swedish worker entering the Forsmark nuclear power plant set off radiation alarms. Emergency protocols were activated, and many of the plant workers were evacuated. For nearly a day, Sweden and the other Nordic countries tried to determine if something was wrong at Forsmark or at any other Nordic nuclear facility.

By the end of the day, it became clear that the likely source of the radionucleotides was the Soviet Union. Even then, it was not until three days later that the Soviet Union announced that something had happened at Chernobyl. The Nordic countries ultimately received a significant portion of the Chernobyl fallout.

3The Disaster Area Has Become An Animal Sanctuary 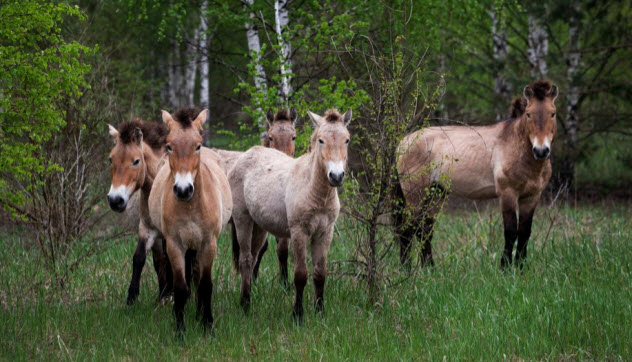 We might think that the Chernobyl exclusion zone—the large area cordoned off around the Chernobyl power plant after the disaster—would be some kind of nuclear wasteland. Instead, the area has become a de facto wildlife sanctuary. With humans no longer hunting them, all kinds of wildlife—from wolves to voles to deer—have flourished in the exclusion zone.

There have been some negative health effects on these animal populations from the radiation, including higher rates of certain diseases and some genetic mutations. But it has been more than three decades since the disaster, and radiation has dropped steadily. The negative effects of radiation are apparently less than the negative effects of human habitation on an area’s wildlife.

2The Soviets Tried To Use Robots To Clean Up 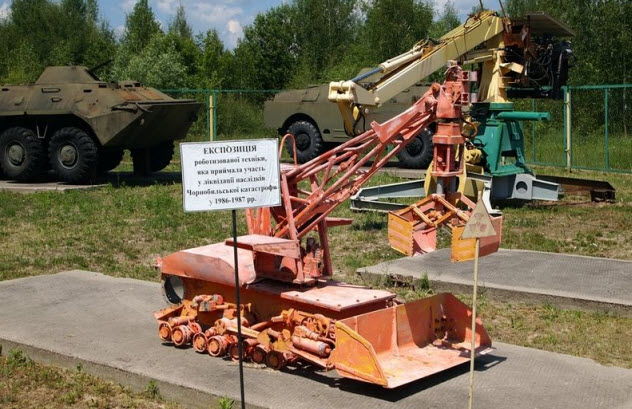 Radiation killed many brave men during and after the Chernobyl cleanup. Even though the Soviets sent 60 robots to help with the cleanup, high levels of radioactivity fried the electronics on the robots. This fleet included remote-controlled bulldozers and converted robotic lunar rovers.

Some of the robots were resistant to radiation, but the water used to decontaminate them caused them to fail after just one use. The robots which survived were used for 10 percent of the cleanup, saving 500 people from radiation exposure. But 5,000 other workers cleaning up the disaster were not so lucky.

The US had robots that would have worked much better at Chernobyl. But the lack of cooperation between the Soviet Union and the United States kept them from being brought to Chernobyl. 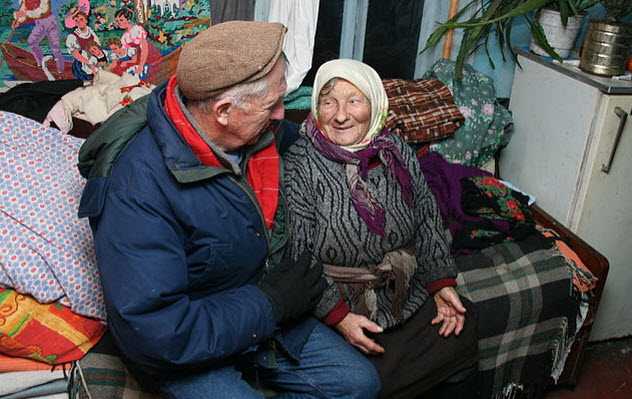 Although most people would not dream of living in the Chernobyl exclusion zone, a few people—mostly women—stubbornly remain decades after the nuclear disaster occurred. The vast majority of these people live at least 10 kilometers (6 mi) away from the reactor, but their exposure to radioactive toxins is still quite high. Most are elderly residents who refused resettlement, opting instead to take their chances on their own.

While the government does provide some support to the so-called Samosely (“self-settlers”), most of their resources come from raising their own animals, hunting, and growing their own crops. Many of the Samosely are well into their seventies and eighties. But there are few left because many have died of old age. Strangely enough, their life spans have averaged one to two decades longer than those of the people who accepted relocation and moved away to other places.