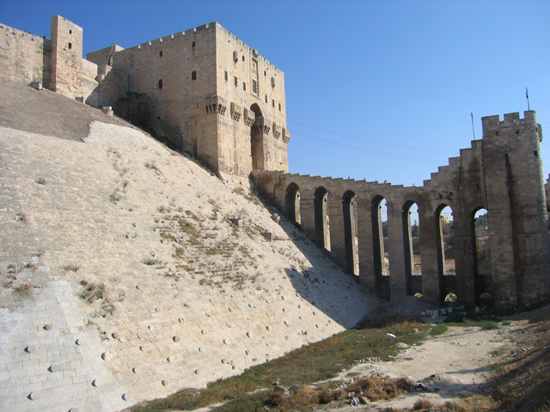 The Damghan Earthquake was an earthquake of magnitude 7.9, that struck a 200-mile (320 km) stretch of Iran on 22 December, 856 A.D. The earthquake’s epicenter was said to be directly below the city of Damghan, which was then the capital of Iran. It caused approximately 200,000 deaths, making it the fifth deadliest earthquake in recorded history. The earthquake was caused by the Alpide earthquake belt, a name for the geologic force that created a mountain range named the Alpide belt, which is among the most seismically active areas on earth. [Source] 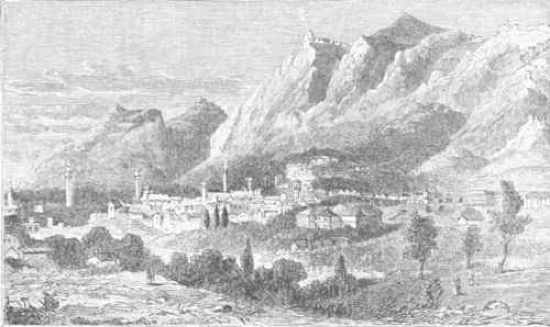 In late May, 526 AD, an earthquake struck in Syria and Antioch, which were then part of the Byzantine empire. The death toll was a massive 250,000. The quake caused the port of Seleucia Pieria to rise up by nearly one meter, resulting in the silting of the harbor. It was the 3rd deadliest earthquake of all time. The quake is estimated to have been over 7 on the Richter scale (VIII on the Mercalli scale). After the earthquake a fire broke out which razed all buildings that had not already been destroyed. 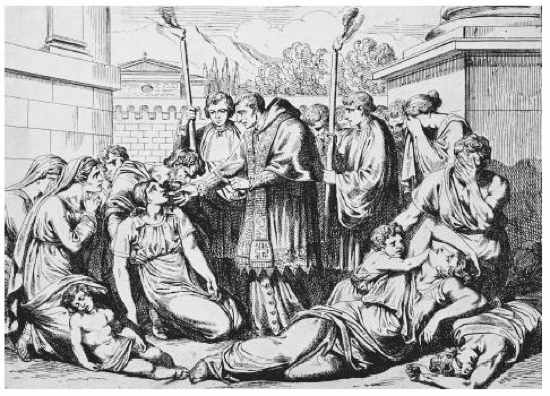 The Antonine Plague is named after one of its possible victims, Marcus Aurelius Antoninus, the Emperor of Rome. It is otherwise known as the plague of Galen. Galen was a Greek physician who documented the plague. Judging by his description, historians believe that the Antonine Plague was caused by smallpox or measles. We can call this plague a natural disaster because it was caused by a naturally occurring disease and it killed a significant number of people.

The Antonine Plague is thought to have come from Roman soldiers returning from battle in the east. Over time, it spread throughout the Roman Empire and some of the tribes to the north. An estimated 5 million people were killed by the Antonine plague. During a second outbreak, a Roman historian named Dio Cassius wrote that 2,000 people were dying each day in Rome. That’s roughly one quarter of those who were infected. 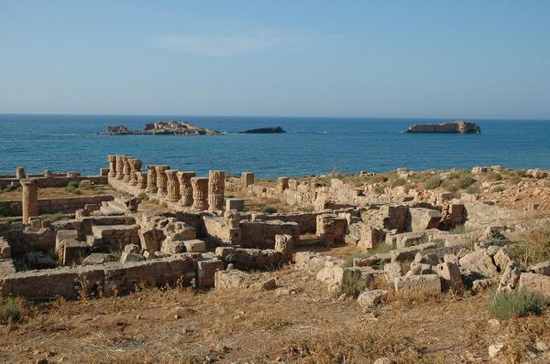 On July 21, 365 AD, an earthquake occurred under the Mediterranean Sea. It is thought that the earthquake was centered near the Greek island of Crete, and that it was a magnitude eight or greater. It destroyed nearly all of the towns on the island. It would have also caused damage in other areas of Greece, Libya, Cyprus and Sicily.

After the earthquake, a tsunami caused significant damage in Alexandria, Egypt and other areas. It was documented best in Alexandria. Writings from the time tell us that ships were carried as far as two miles inland by the wave. A description by Ammianus Marcellinus describes the effect of the earthquake and the resulting tsunami in detail. He wrote of how the earth shook and then the ocean receded in Alexandria and how a great wave inundated the city with seawater. It is estimated that thousands of people were killed. 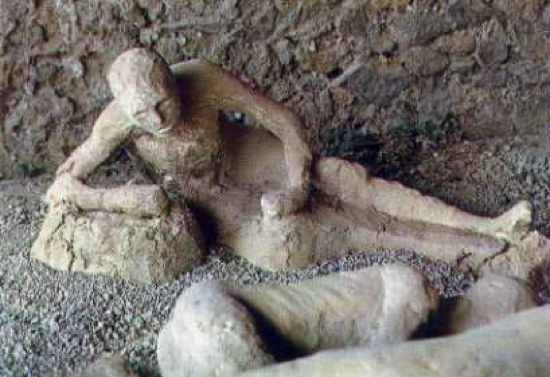 The 79 AD eruption of Mount Vesuvius, and the subsequent destruction of Pompeii and Herculaneum, reminds us of the awesome power of this active volcano. In fact, Vesuvius may be the most dangerous volcano on Earth. There are more people living in its vicinity than any other active volcano. Furthermore, it is most certainly going to erupt again.

When Mount Vesuvius erupted in 79 AD, it warned the people with an earthquake, which was ignored. The earthquake was later followed by the expulsion of volcanic debris and the appearance of an ominous cloud over the mountain. Pompeii was only 5 miles from the volcano; Herculaneum was even closer. The people of these towns died as one might expect victims of a volcano to die; they choked, burned and were subsequently covered in volcanic debris and run off. What makes this ancient natural disaster so interesting is the evidence we have of it.

For more than 1500 years, Pompeii lay buried in Italy. It was found when residents were cleaning up after another major eruption, in 1631 AD. It was not completely uncovered until the 20th century. Then, people learned all to well the horrible fate that had befallen its ancient residents. The agony of their deaths has been immortalized in plaster. Because their bodies rotted away long ago, while entombed in volcanic rock, cavities, like those found in fossils, were left behind. These were filled with plaster and what came out were near-perfect statues of the people who died in Pompeii, as they had died. There were thousands of victims. Today, there could be millions.

3
Minoan Eruption
Islands of Santorini and Crete, Greece, 1645 BC 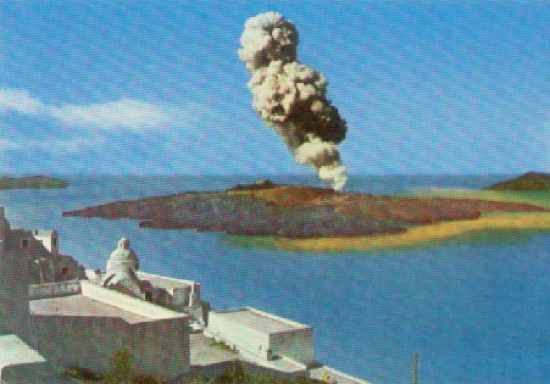 Sometime around 1645 BC, a volcano erupted on the island of Santorini. The massive eruption caused widespread damage on both Santorini and the nearby island of Crete. At the time, the Minoans occupied both islands. The town on Santorini was not rediscovered until modern times.

Interestingly, there is reason to believe that this natural disaster inspired Plato’s tale of Atlantis. However, this is, and will likely remain, purely speculation. It is assumed that the ancient inhabitants of these islands picked up warnings that the volcano was going to erupt, and heeded them. No victims of the eruption, if there were any, have been found. Furthermore, it appears as if all transportable, valuable items were removed prior to the eruption. Nonetheless, archaeologists have discovered buildings and large belongings remained. 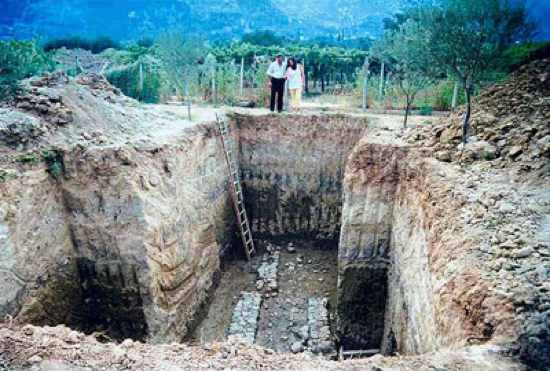 Helike was submerged in the Gulf of Corinth by an earthquake and a tsunami in 373 BC. It remains submerged to this day. Ancient writers commented on the destruction and some mentioned that you could see the ruins beneath the water for hundreds of years after the disaster. It is assumed that a number of people lost their lives, but how many is uncertain.

The search for Helike did not begin until the end of the past century. Since then, relics of Helike and, interestingly, other towns have been found. Walls, walkways, coins and more have been viewed and photographed. This is yet another possible scene of Atlantis, according to some. However, the destruction of Helike happened in Plato’s lifetime. He wrote that it happened 9,000 years before his time. It could have been inspiration for fiction, though.

A number of other, smaller, natural disasters occurred throughout ancient times. People were subject to them then as much as we are today. It makes you wonder how many civilizations were destroyed by natural disaster that we have no knowledge of, as of yet. 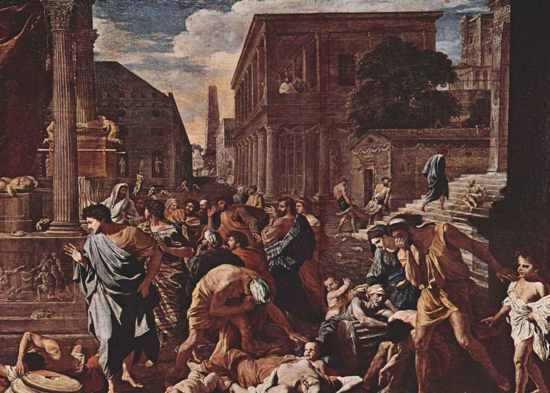 The Plague of Justinian was a pandemic that afflicted the Eastern Roman Empire (Byzantine Empire), including its capital Constantinople, in the years 541–542 AD. The most commonly accepted cause of the pandemic is bubonic plague, which later became infamous for either causing, or for contributing to, the Black Death of the 14th century. The plagues’ social and cultural impact during this period is comparable to that of the Black Death. In the views of 6th century Western historians, it was nearly worldwide in scope, striking central and south Asia, North Africa and Arabia, and Europe as far north as Denmark and as far west as Ireland. Until about 750, the plague would return with each generation throughout the Mediterranean basin. The wave of disease would also have a major impact on the future course of European history. Modern historians named this plague incident after the Eastern Roman Emperor Justinian I, who was in power at the time. He contracted the disease, but was one of a limited number of survivors. The death toll from this series of plagues was an unbelievable 40 to 100 million. [Source]