Spiders are perhaps one of the most fascinating creatures in the animal kingdom. Unfortunately, they are also the most misunderstood and feared. With the help of science, many mysteries involving these arachnids have been resolved. However, a few mysteries remain unanswered to this day. 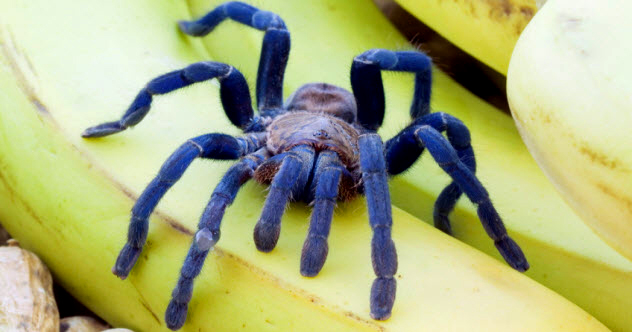 There are more than 850 documented tarantula species in the world. Some are as big as the human face while others are capable of shooting excrement as a defense mechanism. Then there are those that are, for some unknown reason, bright blue in color.

Experts suspect that the blue color serves an important purpose. However, “they don’t know what that [specific] function is yet.” The most plausible hypothesis has to do with sexual selection.

Scientists surmise that the flashy color helps tarantulas attract potential mates. However, Bor-Kai Hsiung of the University of Akron points out that this hypothesis is unlikely to be true since, despite the fact that tarantulas have eight eyes, they have very poor eyesight.

9 Bizarre Web Formations In The Amazon 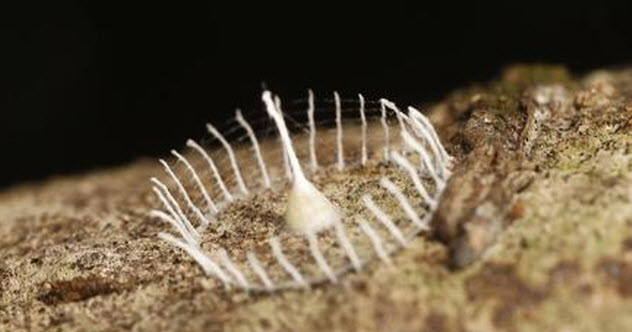 In 2013, Troy Alexander discovered several mysterious webs in the Tambopata Research Center in Peru. Each web had a small sphere in the center surrounded by a circular fence. He asked several experts what the formations were, but they didn’t know.

Determined to unravel the mystery, he went back to Peru a few months later. His determination eventually paid off when he discovered that the sphere inside the fence was an egg sac containing a spiderling.

However, scientists still do not know what species creates the bizarre webs. Nor have they discovered the specific purpose of the fence. They have two hypotheses, though. One is that the fence acts as some kind of defense, protecting the egg sacs from ants. The other is that it captures termites, which the spiderlings can feast on once they hatch. 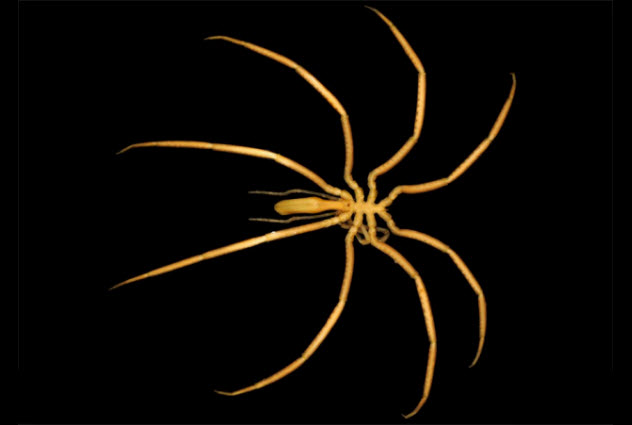 Antarctica is home to several bizarre, creepy creatures, including the gigantic sea spider that is 100 times bigger than its counterparts. This spider species suffers from polar gigantism, the phenomenon that causes species to become bigger (due to the extreme cold temperatures) than their counterparts in warmer areas of the Earth.

Experts have not yet discovered how and why the sea spiders of Antarctica have evolved to such a humongous size, but they are testing one strong hypothesis. Bret Tobalske from the University of Montana believes that the freezing temperatures of Antarctica enabled the sea spiders to slow down “their metabolism to the point where they barely need oxygen,” which then caused them to grow massively.

7 Ability To Not Get Trapped In Their Own Webs 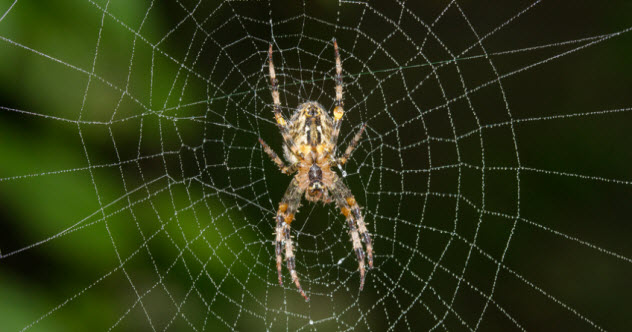 Scientists have plenty of ideas as to why spiders don’t get caught in their own webs. The only problem is that there is not much data for proof.

One strong hypothesis that seems to partially unravel the mystery was postulated by French naturalist Jean-Henri Fabre in 1905. He noticed that spiders “frequently ran their legs across their mouth parts,” leading him to conclude that they secrete an oily coating that protects them from their own sticky webs. This theory was proven correct in 2011 when a team of Swiss researchers recreated Fabre’s experiment.

However, a 2012 study conducted by researchers from Costa Rica discovered that spiders also use other means, such as the angle of their legs and the tiny barbs found in their feet, to avoid getting stuck in the viscous goo of their webs. This suggests that several mechanisms are involved in protecting spiders from their own death traps. 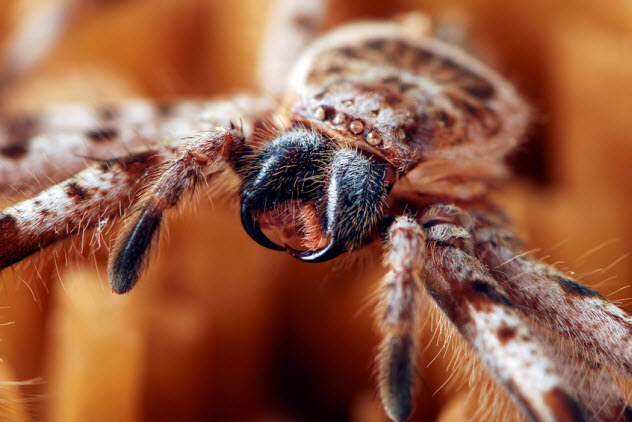 The origin of spider venom is a scientific mystery that continues to baffle scientists today. Unlike the venom of lizards and snakes which can be traced evolutionarily to one species, the venom of spiders evolved from several sources.

Determining the origins of spider venom and its intricate mechanisms is important not only for academic purposes but also for medical reasons. Spider venom can be used to create new types of pesticides and revolutionary drugs. In fact, researchers are studying it as a potential cure for breast cancer.

Many experts believe that spider venom started as nontoxic hormones that served a particular purpose. Over time, those hormones “became more and more weaponized” until they evolved into the harmful spider venom that we know today. Scientists admitted, however, that determining how those hormones transitioned from being harmless to toxic is extremely difficult. 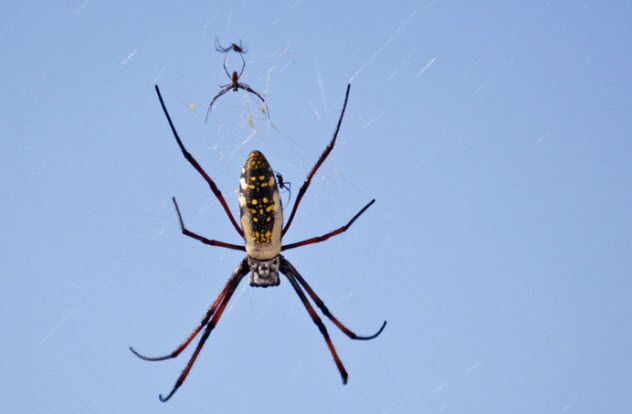 The orb spiders of Madagascar are known for their unique ability to create gigantic webs. Their webs are so massive that they can wrap around a Volkswagen Beetle. Despite this, orb spiders are smaller than the thumb of an average adult.

There are two reasons why the orb spiders of Madagascar are extraordinary. First, their silk is stronger than that of other species. Second, they build their webs over running water like streams and rivers, which is something that baffles scientists. There are several theories but no conclusive data as to how they are able to do this.

In addition, scientists are perplexed as to why orb spiders build such massive webs. Does this mean that their prey is also gigantic in size?

4 Ability To Crawl Pretty Much Anywhere 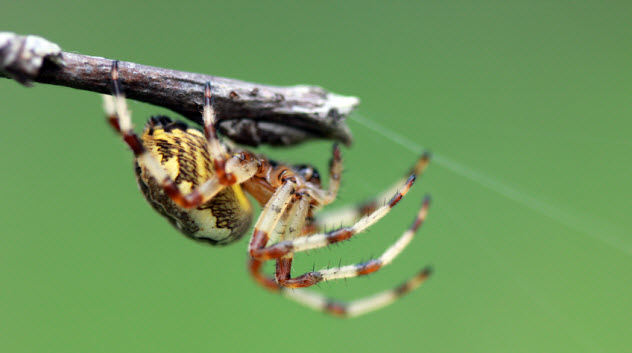 Luckily for us, this is a mystery that scientists have already unraveled. Spiders are able to crawl on almost any type of surface due to the tiny hairs at the end of their legs. These hairs, which number in the thousands, are flexible and malleable. They “create multiple contact points between the spider and the surface that increase the spider’s ability to hang on.”

Though scientists have finally discovered the science behind the unique ability of spiders to crawl pretty much anywhere, we won’t be wearing Spider-Man suits anytime soon. We “are simply too heavy for [them] to work.” 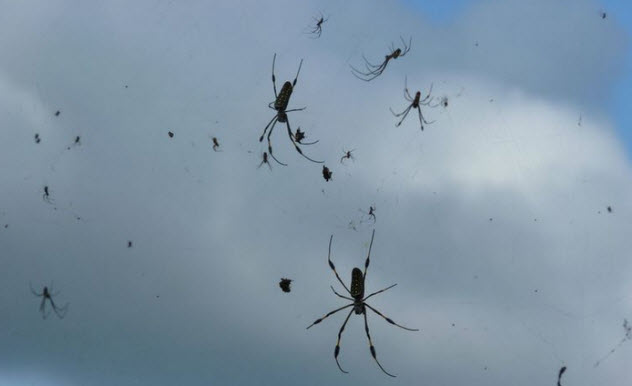 In 2015, the residents of Goulburn, Australia, experienced a mysterious phenomenon that had them wondering if they were being invaded by spiders. It actually rained spiders. Overnight, many areas of the city got covered in webs and millions of baby spiders. Thankfully, the spiders were harmless.

The mystery didn’t last long, though. Martyn Robinson, a naturalist from the Australian Museum, immediately gave a scientific explanation. According to him, the residents of Goulburn had experienced ballooning, a dispersal technique that spiders use to migrate.

This special ability to harness wind and a streamer of silk is the reason why all continents, even Antarctica, have spiders. However, due to the extreme temperatures of the Frozen Continent, the spiders that end up there eventually die. 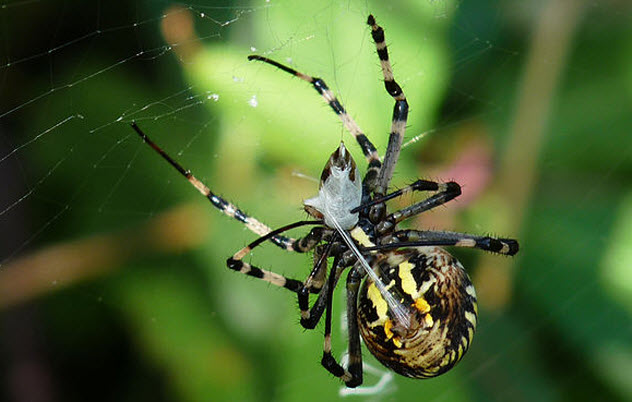 Spider silk is strong but remarkably stretchy and lightweight at the same time. Spiders create it from silk proteins called spidroins stored in specialized glands. For years, the answer as to how spiders transform the gel-like spidroins into solid silk had eluded scientists. But just recently, a group of Swedish researchers finally unraveled the mystery.

The scientists discovered that the change from a gel-like to a solid state is caused by a change in acidity. The transformation in pH from the neutral 7.6 to an acidic 5.7 happens slowly and is triggered by an enzyme called carbonic anhydrase. It occurs as the spidroins travel through the spider’s glands.

1 Do Tarantulas Shoot Silk From Their Legs? 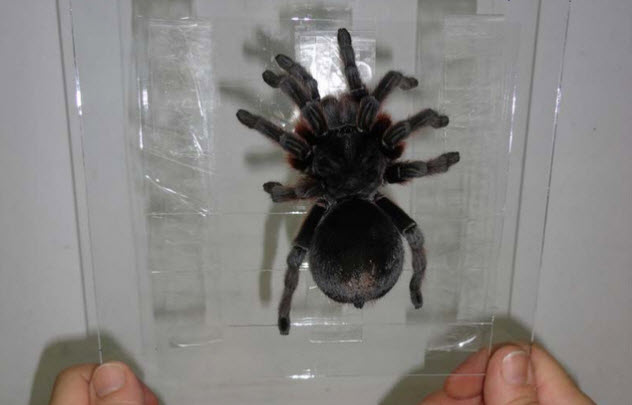 In 2006, biologist Stanislav Gorb published a study suggesting that zebra tarantulas are capable of shooting silk fibers from their feet to help them crawl up a glass wall. However, in 2009, entomologist Fernando Perez-Miles discredited Gorb’s claim. He recreated Gorb’s experiment, but this time, he sealed the spinnerets (the glands that shoot silk) in the tarantulas’ abdomens. After conducting the experiment, he found no silk residues on the glass wall.

However, the story didn’t end there. In 2011, Claire Rind from Newcastle University conducted an experiment showing that tarantulas would shoot silk from their feet “as a lifeline to save themselves.”

So do tarantulas shoot silk from their legs or not? Further study needs to be conducted before this mystery can be fully unraveled.

10 Grim Facts And Conspiracies Surrounding The Death Of Max Spiers