Terrorist attacks, bloodshed, and atrocities are unfortunately commonplace, and so are the theories as to who was behind them and why—including that they were false flag events.

While most of these theories are nothing more than exactly that, some events throughout history have been proven and even admitted to have been carried out by people who wished to lay the blame at an “enemy’s” feet in order to justify a certain planned and desired course of action. Here are ten such events from recent history. 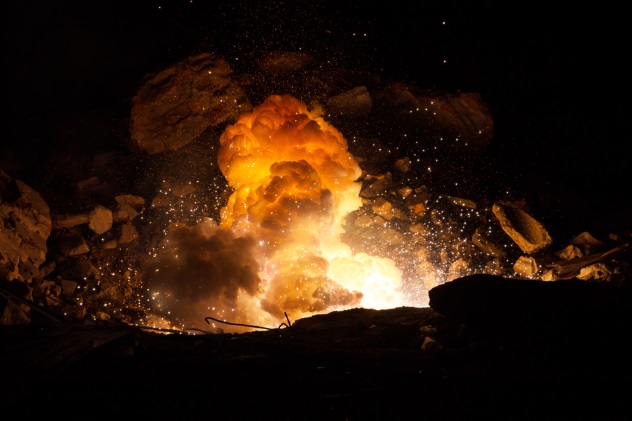 In the summer of 1954, the Israeli government recruited ten Egyptian Jewish citizens to take part in Operation Susannah. Their mission was to plant bombs at several British- and US-owned locations across Egypt, while time leaving “evidence” that would implicate Egyptian groups and organizations—particularly the Muslim Brotherhood. Israel’s intention was to create a picture of instability and a climate of fear in the hopes that the British would keep its military presence in the Suez Canal region.

Although attacks were carried throughout July 1954, there were no civilian casualties, and by July 27, all of the operatives had been apprehended. Two of them were ultimately executed for their roles, while two others committed suicide upon their detention.

Israel continually denied knowledge of the operation or the “terror group” until 2005, when they honored the surviving members of the operation as heroes, essentially admitting that Israeli intelligence was behind the campaign. 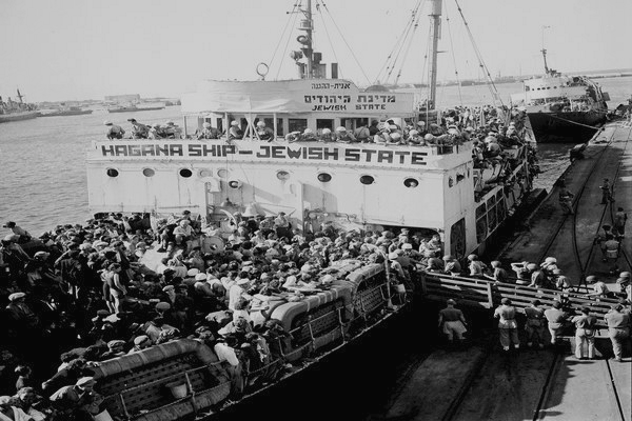 In 2010, following the release of the book MI6: The History of the Secret Intelligence Service 1909–1949, it became public knowledge that the British secret service was behind five separate attacks (including the planting of bombs) on vessels carrying Jewish Holocaust survivors from Europe to Palestine.

The motivation was to deter the flow of immigration of Jews into Middle Eastern country. Eager to sever any ties between the campaign and the British government, a terror group was invented by British intelligence called “The Defenders of Arab Palestine,” which ultimately claimed responsibility for the attacks.

As a result of the operation, one ship was completely destroyed, and two others suffered considerable damage. Although British-made mines were discovered on two other occasions by Italian authorities, no official connection was publicly made between Britain and the attacks. 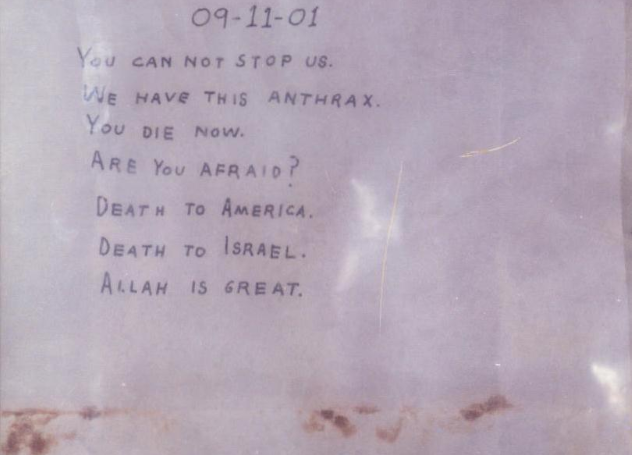 After years of acting as head of the FBI investigation into the anthrax scare of 2001, Richard Lambert filed a lawsuit against the FBI, essentially stating that the investigation was nothing short of a sham. He also claimed that the deadly powder that had been sent through the mail system apparently by Al Qaeda was in fact the work of scientists employed by the United States.

Five people died and a further 17 became seriously ill after several envelopes containing anthrax powder were mailed to media outlets and government buildings between September and October 2001. The desire to link the mailings to Al Qaeda and ultimately Iraq was to give the United States a “valid” reason to force a regime change in Iraq, which eventually happened in early 2003, when the invasion of the country was launched. 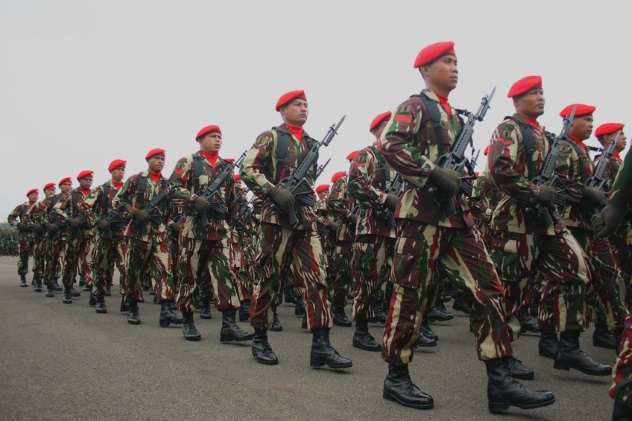 In 2002, two US citizens who worked for the company Freeport-McMoRan were killed in the crossfire during a gunfight in Indonesia. The blame was placed on a breakaway separatist group, and an Indonesian man believed to belong to the group, Anthonius Wamang, was arrested and charged with their murder.

However, further investigation seemed to suggest that the Indonesian military was the actual culprit, and their reason appeared to be a desire to have the separatist group placed on the international terrorist list. 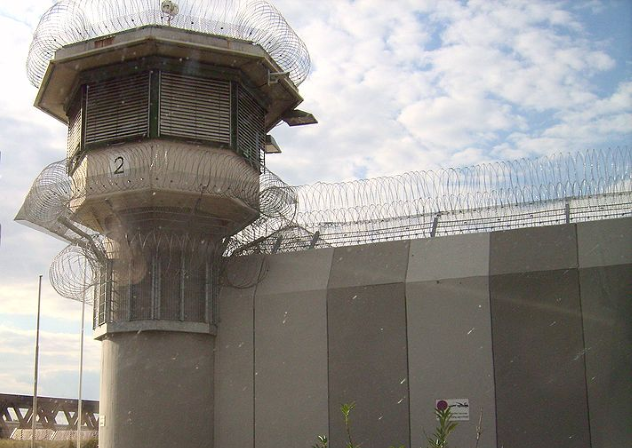 In July 1978, the West German secret service put “Celle Hole” into action. The aim was to give the impression of an attempted prison break in order to free Sigurd Debus, an alleged member of the far-left militant group the “Red Army Faction.”

The secret service had recruited two known criminals, Klaus-Dieter Loudil and Manfred Berger, to drive an already stolen vehicle. Passports, including Debus’s, were planted in the car. During the early hours of July 25, the secret service exploded a bomb planted in the prison wall. It did only minor damage, ensuring that no prisoners were actually able to escape, but it was enough to convince the public that an attempted prison break had taken place. Loudil and Berger were stopped in the stolen car shortly after and “arrested.”

A search of Debus’s cell revealed tools to be used in an attempted breakout. These had been planted there previously by secret service, and their discovery was enough to tie Debus to the plot. Protesting his innocence, Debus went on hunger strike, eventually dying as a result on April 11, 1981. 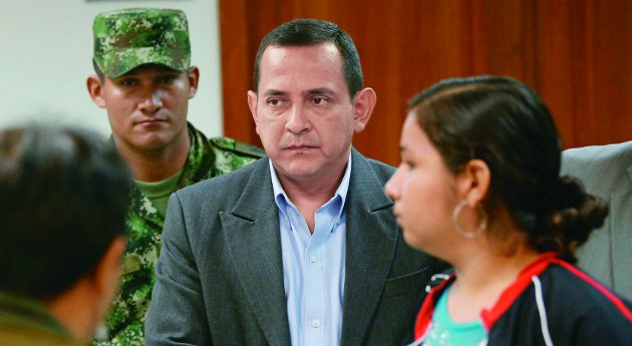 In 2007, Colonel Luis Fernando Borja of the Colombian army ordered the murders of 57 innocent civilians. They were then dressed in militant attire and claimed to have been rebel left-wing soldiers who had been killed in battle amid attacks on his unit. Many of the victims were led to their deaths with promises of work.

Aside from giving the illusion of control and denting morale in rebel groups, it was discovered that soldiers in the Colombian army were offered incentives and “bonuses” that were tied to how many kills they had. In 2011, following his admission and his acceptance of responsibility for the murders, Borja was sentenced to 21 years in prison. 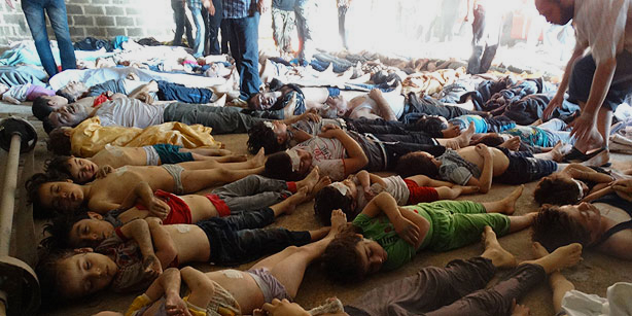 Photo credit: @RevolutionSyria via the National Coalition of Syrian Revolution and Opposition Forces

The early hours of August 21, 2013, bore witness to a deadly sarin attack on the outskirts of Damascus in Syria. It was the worst atrocity in an already bloody period of Syrian history, and the blame was quickly and squarely laid at the feet of the Syrian government.

However, closer scrutiny eventually revealed that the attacks were carried out with help of the Turkish intelligence, which allowed chemical precursors of sarin to be shipped through Turkey to Syria. Intelligence services then made sure that these were handed over to rebel groups and that the deadly chemical weapons were fit for purpose.

The main intent behind placing the blame with the Syrian government was to lure the US into launching airstrikes against them. This was something that President Obama resisted, despite huge pressure from his own White House advisors. 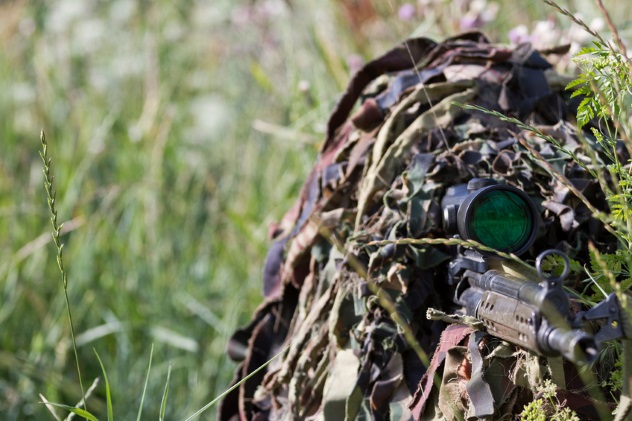 During the widespread protests that ultimately led to the Ukrainian Coup in 2014, several people were shot at and killed by snipers. The blame was placed on the police, who had been given orders to shoot by then-President Viktor Yanukovych.

A telephone conversation between EU foreign affairs chief Catherine Ashton and Estonian foreign affairs minister Urmas Paet was leaked online in the months following the coup. It appeared to show that the new coalition government was behind the attacks.

There was a desire to escalate the violence in order to initiate the coup, something that was ultimately achieved. The leaders of the coup were pro-EU and wanted to break away from Russian influence in the country. Russian officials showed “surprise” that the European Union didn’t seem to want to investigate the shootings. 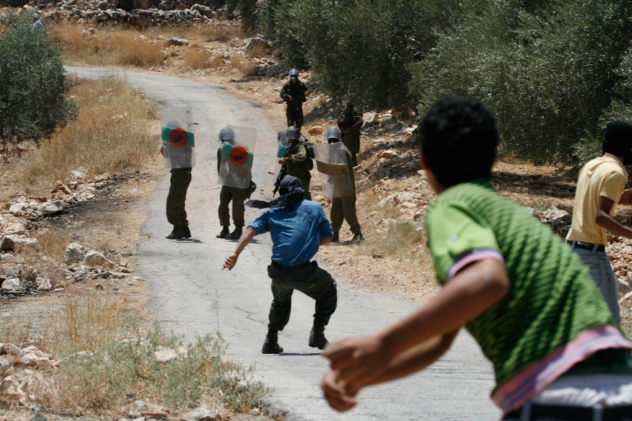 Since the controversial separation barrier was set up on land of the Palestinian village of Bil’in, regular demonstrations have taken place. During the trial of Mohammed Barakeh, who was charged with assaulting a border guard at such a demonstration, Israeli soldiers have admitted that they had operated undercover as protestors. They also threw stones and rocks in the “general direction” of Israeli Defense Force soldiers.

This provided IDF soldiers a reason to crack down hard on the protests, which they wasted little time in doing. The Israeli forces feared that their units on the ground were both outnumbered by the protesters and beginning to lose control of the situation. Following “intelligence” that some protestors were throwing rocks at security forces, which presented a danger to the soldiers, the crowd was forcibly disbursed and several arrests were made. 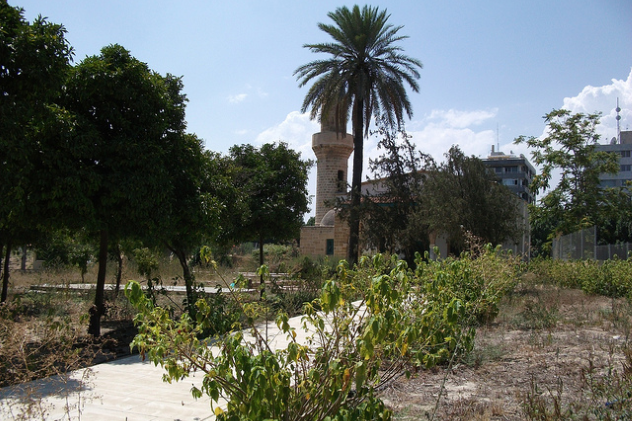 Photo via Islam and Muslims in Cyprus

During an interview with the Turkish news station Haberturk, former Turkish general Sabri Yirmibesoglu admitted that the Turkish military bombed mosques in Cyprus on April 23, 1962. They then led the general population to believe that the atrocities had been carried out by Greeks on the island. The Bayraktar and Omeriye mosques, both in Nicosia, were targeted.

The aim was to stoke resentment and hostility among the populace against the Greeks. These events achieved their purpose, eventually leading to Turkey’s partial occupation of Cyprus in 1974.

In a further twist, a month after the attacks, two Cypriot-Turkish journalists, Ahmet Mzaffer Gurkan and Ayhan Hikmet, were both assassinated on the very same day that a newspaper ran their article stating that the Greeks were not behind the attacks as was commonly thought.