Scientific discoveries, achievements, and inventions are made all the time. Throughout the year, papers are published and patents are filed for any number of new ‘things’, but occasionally something truly incredible comes along. This list compiles some of the most amazing discoveries science has made in the first six months of 2016. Researchers found that an ancient molecule, GK-PID, is the reason single-celled organisms started to evolve into multicellular organisms approximately 800 million years ago. The molecule has been found to be like a molecular carabiner able to pull chromosomes together to latch them onto the inner wall of a cell membrane when division occurs. This allows cells to copy properly and avoid becoming cancerous.

The fascinating discovery indicates that the ancient version of GK-PID did not behave in the same way it does currently. The only reason it became capable of working like a genetic carabiner is due to a single mutation that copied itself, suggesting that multicellular life is the result of a single, identifiable mutation. You might be asking why there is a project to determine such a number. Modern cryptography requires the use of Mersenne Prime numbers (Of which only 49 have been discovered) and other complex numbers to encode data. The new prime number is currently the record holder for the longest prime and is almost 5 million digits longer than its predecessor. The total number of digits in the new prime falls just under 24,000,000 making “2^74,207,281 – 1” the only practical way to write it.

8A Ninth Planet Was Discovered In The Solar System 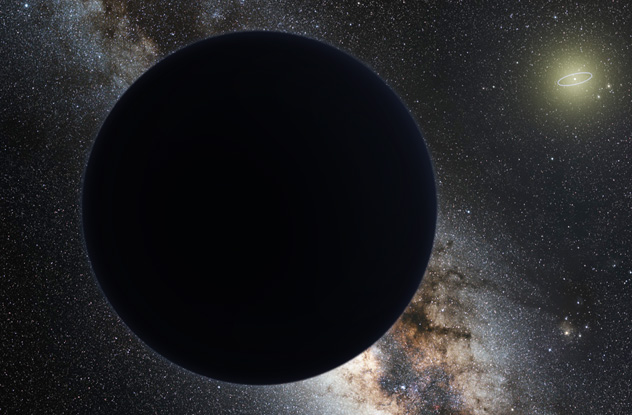 Before the discovery of Pluto in the 20th century, it had been theorized that a ninth planet, Planet X, existed beyond Neptune due to the gravitational clustering that could only be caused by a massive object. It was then believed that this planet was found in Pluto, but that never fully quantified the gravitational distortion until scientists at the California Institute of Technology presented evidence that a ninth planet truly does exist with an orbital period of 15,000 years.

The astronomers who published their discovery have calculated that there is “only a 0.007 percent chance, or about one in 15,000, that the clustering could be a coincidence.” Presently, Planet Nine remains hypothetical, but astronomers have calculated its orbit to be quite massive. If it does exist, the planet would likely be approximately 2–15 times the mass of Earth and orbit between 200 and 1,600 Astronomical Units (AU) from the Sun. An AU is 150,000,000 kilometers, which means that the planet could orbit as far from the Sun as 240,000,000,000 kilometers. Everything degrades eventually, and there is no way to store data on one device for truly extended periods of time. But that may no longer be true due to a discovery made by the University of Southampton. Scientists have successfully used nano-structured glass to create a process for recording and retrieving data. The storage device is a small glass disk about the size of an American quarter that can hold 360TB of data and remain intact up to 1,000°C. This means that its average shelf life when held at room temperature would be approximately 13.8 billion years (Roughly the same amount of time the universe has existed). 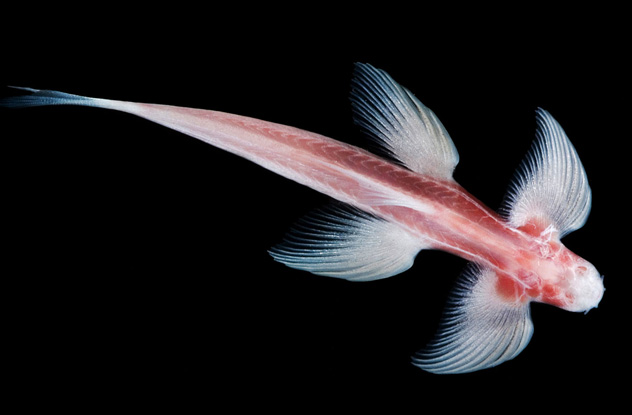 As science has learned over the past 170 years, vertebrate life on land evolved from fish that swam in the seas of ancient Earth. That is of course until researchers from the New Jersey Institute of Technology discovered a Taiwanese Cavefish that is capable of walking up walls and has the same anatomical capabilities as an amphibian or reptile.

This is a huge discovery in terms of evolutionary adaptation because it can help scientists to better understand how land-dwelling tetrapods evolved from prehistoric fish. The difference between the cavefish and other fish species that can move on land is its gait, which amounts to a “robust pelvic girdle” when climbing.

In comic books and cartoons, you usually see rockets landing on planets and moons vertically, but in reality, achieving this feat is incredibly difficult. Because of this, government agencies like NASA and the European Space Agency have developed rockets that are either ditched in the ocean for later recovery (an expensive undertaking) or they are purposefully burned up in the atmosphere. The ability to successfully land a rocket vertically means that it could be cheaply and easily be reused, which would save an incredible amount of money.

The private company SpaceX successfully landed a rocket vertically on April 8, and they did so on a floating autonomous drone ship. Their success will save money and also time between launches.

CEO Elon Musk made this achievement a longstanding goal for the company, and even though his is a private venture, the technology will eventually spread into government agencies like NASA to help push space exploration forward. A man who has been a quadriplegic for the past six years has been able to move his fingers due to the implantation of a small chip in his brain.

Researchers at Ohio State University were able to build a device that, once implanted, sends signals to a nearby terminal, which transmits that information to an electronic sleeve worn on the man’s arm. The sleeve then uses wires to stimulate specific muscles to cause the movement of the fingers in real-time. The patient was even able to play Guitar Hero, much to the surprise of the doctors and scientists in charge of the project. 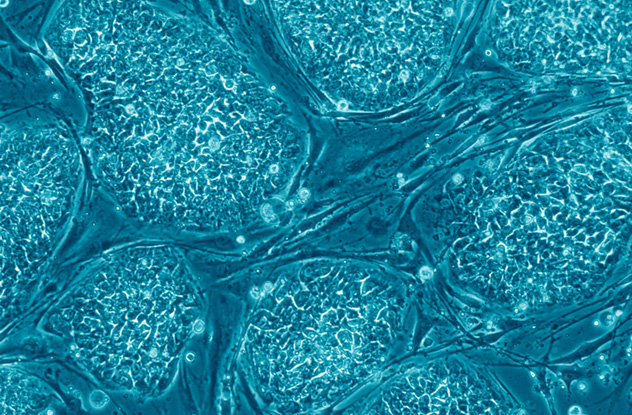 A clinical trial held at Stanford University School of Medicine injected modified human stem cells directly into the brains of several chronic stroke patients. The procedures were all successful with no negative effects described from the injection and only mild headaches as a result of the procedure, which was performed on mildly anesthetized patients. All 18 showed significant healing long after any healing is expected following a stroke (a period of six months). This included increased mobility and actually allowed for patients who were previously limited to wheelchairs to walk again freely. Carbon capture is an important part of maintaining the balance of CO2 emissions on the planet. Whenever fuels are burned, all of the CO2 that was stored within is released into the atmosphere. Humans have been causing this problem for a long time, and we are seeing the effects of global climate change. Scientists in Iceland may have found a way to permanently capture carbon emissions so that they do not go into the atmosphere further harming the greenhouse effect.

CO2 was pumped into volcanic rock in Iceland, which sped up a natural process that turns basalt into carbonate minerals, which then become limestone. This process normally takes hundreds of thousands of years, but the scientists in Iceland were able to do it in only two years. The result is carbon capture into a rock that could be stored underground or even used as a building material so that the captured CO2 never reenters the atmosphere.

1Earth Has A Second Moon NASA scientists discovered an asteroid that has been captured and is in stable Earth orbit, making it a constant near-Earth companion, or a second satellite. There are a lot of objects orbiting this planet—space stations, man-made satellites, and lots and lots of junk—but only one moon that we can see. Now, NASA has confirmed the existence of 2016 HO3.

The asteroid orbits very far from Earth and is more gravitationally affected by the Sun than Earth, but it does orbit Earth as well along its orbital path of the Sun. Don’t get too excited about walking on it one day, as it is considerably smaller than our natural satellite with dimensions of 40–100 meters (130–350 ft) across.

2016 HO3 is in a fairly stable orbit around the Earth and Sun but will depart in a few centuries according to Paul Chodas, manager for NASA’s Center for Near-Earth Objects (NEO). Chodas also revealed that 2016 HO3 has been a stable quasi-satellite of Earth for more than a century.

Jonathan is agraphic artist, illustrator, and game designer with a few independently published games through his game company, TalkingBull Games. He is an Active Duty Soldier and enjoys researching and writing about history, science, theology, and many other subjects.