Science has little room for superstition and magic. Throughout history, no magical solution has ever been found to a scientific question, while the reverse happens, well, constantly.

Except perhaps for the field of archaeology. Even the most sober archaeologist may tell you that some ancient relics and artifacts seem to have a decidedly non-scientific ability to object vehemently to being stolen. 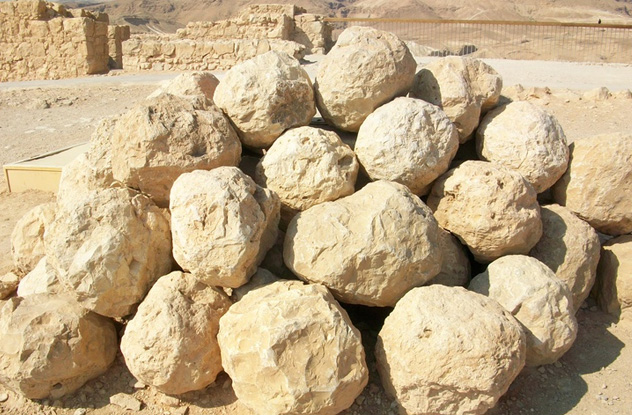 On the border of Israel and Syria in the late 1980s, crews uncovered several hundred proto-cannonballs used by the Roman Empire to weaken enemy fortifications. According to records, the ancient city of Gamla had been overtaken by the Romans after its walls had been destroyed; 9,000 of the city’s residents plunged to their deaths in the gorge below to avoid capture.

Nobody noticed anything was missing until 2015, when two of the ballista balls made an unexpected appearance in the courtyard of a museum. Accompanying the balls was a note indicating that they had been stolen way back in 1995, with an explanation for their return: “These are two Roman ballista balls from Gamla, from a residential quarter at the foot of the summit. I stole them in July 1995, and since then they have brought me nothing but trouble. Please, do not steal antiquities!” 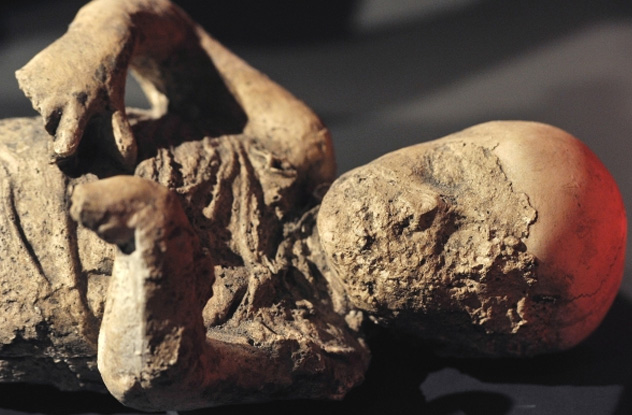 According to legend, Pompeii was cursed by the gods after some holy sites were destroyed by Roman legionnaires. Pompeii’s archaeological superintendent, Massimo Osanna, receives 100 packages a year containing everything from mosaic tiles to pieces of frescoes to intact statues, nearly all with explanatory letters of hardship encountered since stealing the items.

One Spanish thief returned five packages of artifacts, claiming that a curse had befallen his entire family. Mr. Osanna is considering an exhibit of all the letters he’s received called “What I Brought Back From Pompeii.” We suggest a subtitle: “A Lot More Than I Asked For.” 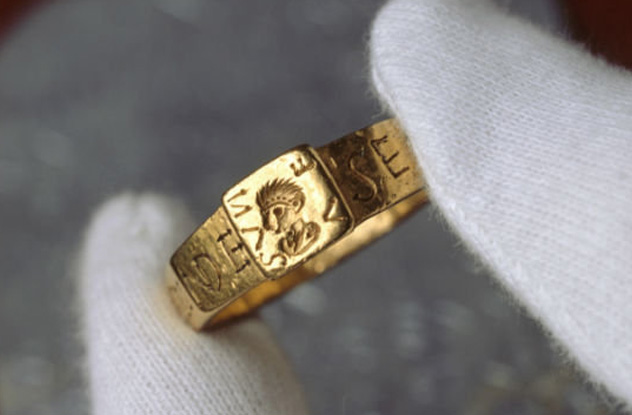 The Ring of Senicianus, discovered in the late 1700s and owned by the National Trust is enormous, 12 grams of gold that could only fit on a gloved thumb, and bears a peculiar design with the Latin inscription, “Senicianus Live Well in God.” A few decades after its discovery, an ancient Roman tablet was discovered which refers to the ring. It was written by a Roman named Silvianus, informing the god Nodens that the ring was stolen. Its inscription: “Among those who bear the name of Senicianus to none grant health until he bring back the ring to the temple of Nodens.”

If these details sound a little familiar, it’s because Oxford professor and aspiring author J.R.R. Tolkien was quite familiar with the story of the cursed ring and used it as inspiration for a literary work you may have heard of. The actual ring is frequently displayed with a first edition copy of The Hobbit, with visitors invited to vote on whether they are actually looking at The One Ring To Rule Them All. 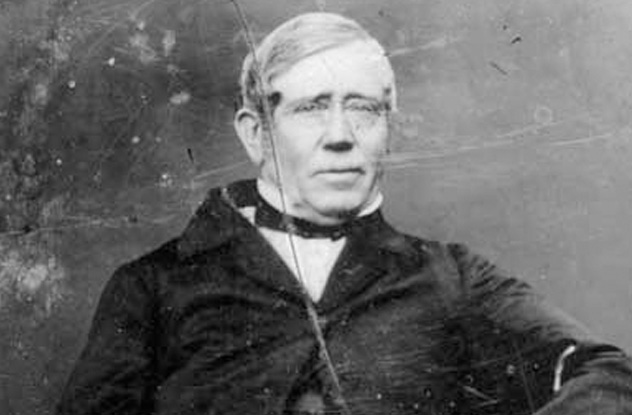 Captain James Reddy Clendon was among the first European settlers to New Zealand. He facilitated dialogue between native Maori and European colonialists, was chairman of New Zealand’s first bank, and was the first US Consul to the country. Clendon House, in Rawene, celebrates his legacy with an exhibit of possessions and artifacts, many of Maori origin. And as one sticky-fingered visitor was apparently not aware, pretty much all Maori artifacts carry an automatic curse if mistreated.

The stolen object, a whip handle made from whalebone and belonging to Captain Clendon’s oldest son, was returned to Clendon House less than a month after it was stolen. It was delivered in person by an acquaintance of the thief, who apparently had had enough of whatever misfortunes had come his way. No charges were filed. Says Rawene Police Constable Jeff Cramp, “The person who took it . . . Every time they stub their toe they’ll think hell is starting to drop on them.” 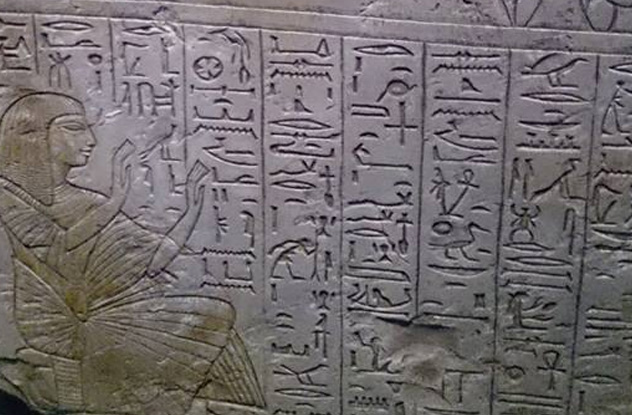 An anonymous German man in 2004 pinched a carving displaying hieroglyphic text while on a visit to Egypt. The carving was returned to an Egyptian embassy in Berlin by the man’s stepson, for the man could not return it himself. He was dead.

Shortly after returning from his trip, the man suffered unexplained paralysis and fevers before suddenly contracting cancer and dying. The artifact was returned in the hopes of allowing the man’s soul to rest in peace—also, perhaps more understandably, to absolve the stepson and all of the man’s other relatives of culpability in the eyes of the gods. The embassy sent the specimen back to Egypt to be examined for authenticity and presumably to get it as far away as possible. 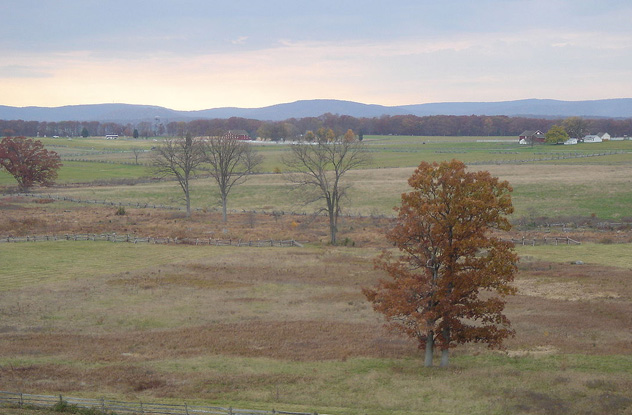 Like the site at Pompeii, Gettysburg park receives dozens of packages every year containing twigs, rocks, and other mementos pilfered from the site, all containing letters lamenting a curse. One letter writer endured an on-the-job injury, multiple surgeries, and a failed relationship. Another lost his wife, son, and house before going to prison for nine years.

The park’s rangers gently remind visitors that, no matter how much you might like to take home a little piece of history, those pieces are better left right where they are. 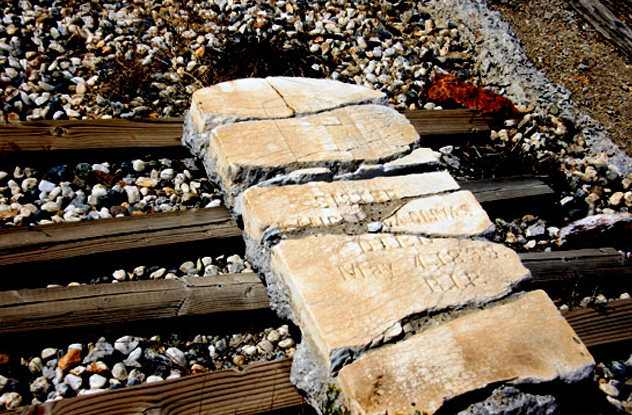 Built in 1867 to alleviate the problem of corpses being buried randomly about town, the cemetery at the old Nevada mining town of Virginia City has seen many of its headstones go missing since it was reopened as a historical site in 2000—only to then see them be returned en masse.

Grounds manager Candace Wheeler decided to contact the thieves to see why they had stolen the headstones. Without exception, they were being used for totally mundane things—doorstops, garden decorations—until the misfortunes started rolling in, ranging from financial woes to divorce and death. Thieves were anxious to know the headstones had been returned to their proper respective graves, hoping this would reverse the curse. 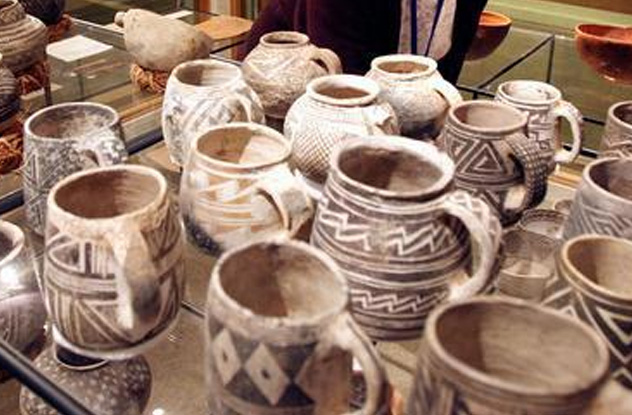 From its founding in 1905 by Mormon settlers, the small town of Blanding, Utah, has become known for its abundance of Anasazi artifacts. As a boy in the 1950s, local archaeologist Winston Hurst could find pottery shards, arrowheads, and all manner of relics simply lying on the ground; by the 1960s, however, residents had taken to digging deeper, sometimes with heavy machinery treasure. Hurst began to see this as looting and desecration and fell out with his friends, who remained avid personal collectors (and resellers) of these artifacts.

An FBI raid in 1986 seized over 900 artifacts illegally taken from public land. This slowed the collecting but not the selling, especially once the Internet came into play. Then, in 2009, 150 FBI agents descended on the tiny town.

Some of the most prominent citizens were arrested for dealing in stolen antiquities, including the brother of the sheriff and local doctor Jim Redd—who, as a childhood friend of Hurst, would accompany him on those collecting expeditions of decades past. Redd committed suicide the next day, and two others involved with the case followed suit within months. 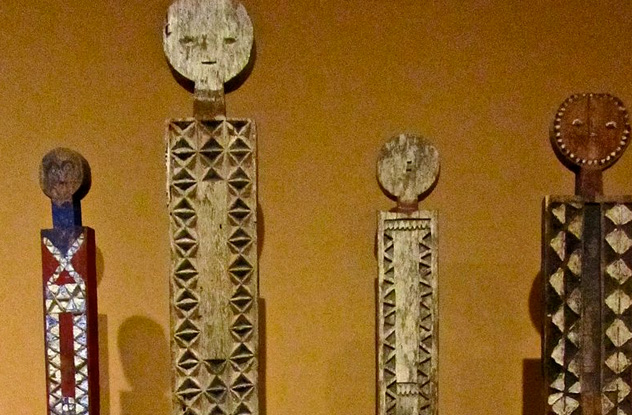 The Gohu are an ancient all-male society within a Kenyan tribe. Skilled carvers produce intricate pieces carved from hardwood known as Vigango. These not only honor the dead of the tribe but are believed to actually embody the spirit of the deceased. Vigango are prized by Westerners as art, and stolen works can fetch a very high price. But the curse of the Vigango befalls not the thieves but the tribe.

Vigango must be regularly maintained with sacrifice and libations and must never be removed from where they are erected. An anthropology researcher visiting the tribe in 1999 found that several statues had gone missing and were blamed for a years-long drought and the unexpected deaths of some tribe members. After several years of legal wrangling, the pieces were returned to a museum in Kenya, which handed them over to the Gohu secured in metal cages to ensure that they are not stolen again. 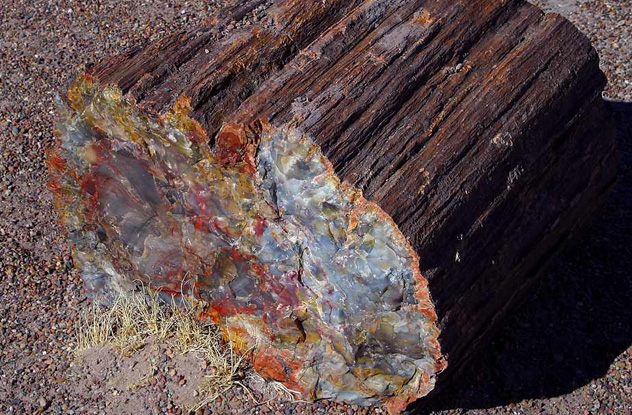 At Arizona’s Petrified Forest National Park, the temptation to pocket souvenirs most be particularly great because they are everywhere. One giant pile is known to rangers as the “conscience pile,” all returned by thieves over the years.

A pair of writers discovered at least 1,200 letters accompanying the returns, dating back to 1934. They collected around 50 of the most incredible into a book, from those whose conscience suddenly wouldn’t leave them alone to others that . . . well, just take a read:

“Upon returning home we first found out that my stepmother had kidney failure, then our dog died . . . I had a really close call in having a bad auto accident, our truck broke down needing major repairs, our cat died and last night . . . A gas well blew out a cap causing us to be evacuated from our home a while. So please take these pieces back before we have any more bad luck . . . ”