Every culture has its fair share of mythological creatures. From ghost stories whispered around a campfire to cautionary tales told to keep children in check, people have been creating myths for centuries.

We all know about beings such as dragons, the Minotaur, and even kappas, but not much is known of the creatures that originate from Native Americans. Even more interesting are the tales that can be traced back to each individual tribe, creating a collection of creatures from all kinds of cultures from America. Some creatures are kind and passive while others are more ferocious in nature. 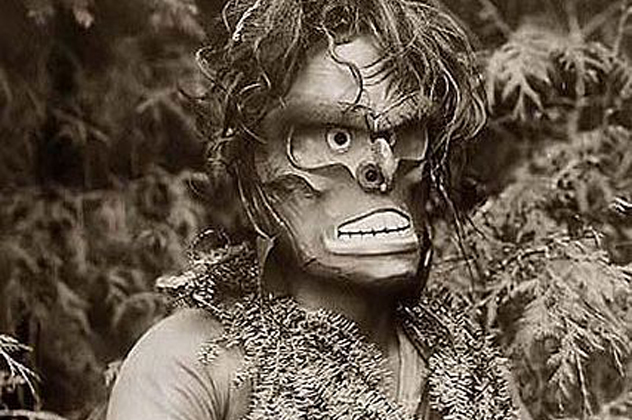 Also known as “Bakwas,” “Bokwus,” or “Bukwis,” the Bookwus is known as the “Wildman of the Woods” among the Kwaqiutl tribe. The Bookwus is a spiritual being associated with the souls of those who have drowned, and it lives around ocean shores at the edges of forests. The main danger of encountering a Bookwus is their desire to lure humans into their invisible home. They will share food such as salmon and berries that will prove too good to resist. In truth, the food is cursed, and those who eat it become a Bookwus themselves.They are shy of humans in general, and their favorite food is cockles.

Masks of the Bookwus are often crafted with great care and feature large eyebrows, round eyes, and a pointed nose. There is a dance of the Bookwus where performers wear the masks and overalls with cedar branches pinned to them and proceed to act out the Bookwus’s shyness of humans and his search for cockles to eat. 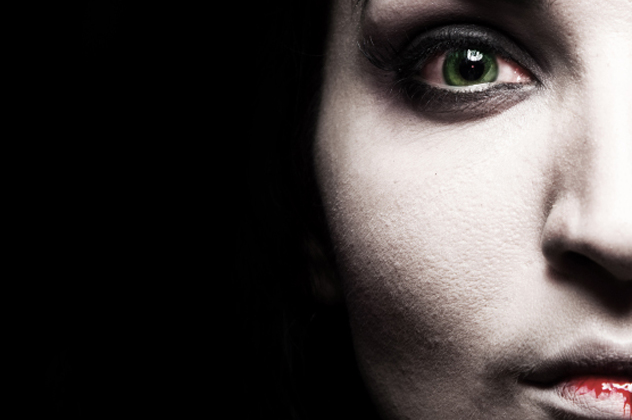 The Midwestern tribes feared a head that rolled around by itself. It had long hair and an intent to hunt down and devour anyone that it caught. The origin story of the rolling head has several different versions.

The first story claims that the rolling head began as a person who licked one of their wounds to help it heal. The person decided they enjoyed the taste of human blood and devoured the rest of their own body until only the head was left. Now, they roll around looking for the next victim to satisfy their taste for blood.

Another version states that the rolling head started from a murder performed by a loved one. Some stories tell of a husband who murdered his wife and force-fed the flesh to their children. Others say the husband fed the wife her own flesh before finally killing her off. In either case, the person who was murdered rose again as the rolling head to seek revenge on their murderer. Once vengeance was attained, the head continued to terrorize people until it was put down. 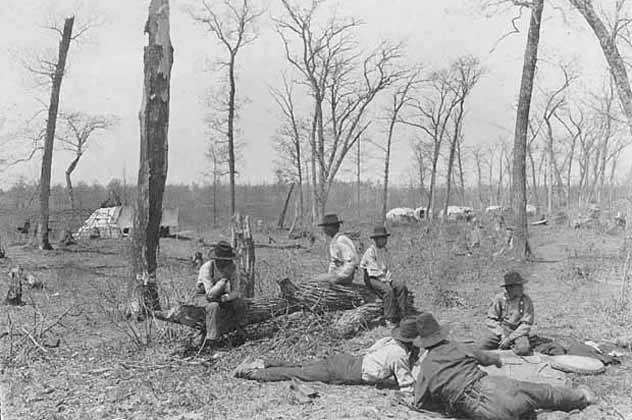 One creepy tale among the Chippewa people is that of the Baykok—giant skeletons with translucent skin and black eyes that turn red when they stalk prey. The Baykok are believed to have come into existence after a hunter was left to die in the cold after being trapped. The hunter was angry that his fellow tribesmen had failed to help him from his predicament, so he held onto his life force and transformed into the hulking skeleton which the Chippewa people have come to know.

The way to detect a Baykok’s approach is to listen for his taught skin stretching and his bones popping. He prefers to attack at night by putting people to sleep with invisible, poisoned arrows. Once the victim is unconscious, the Baykok slices open the victim with a knife, cuts out the liver, and replaces it with a stone. The Baykok gets a free meal while the victim, unable to remember the attack, slowly dies from the lack of their liver. 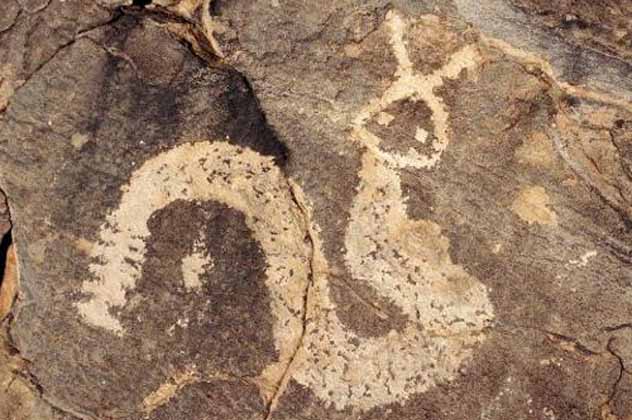 Also known as Unk Cekula or Unktehi, this creature is described by the Lakota tribe as a large dragon. Stories of the Unhcegila began to appear after neighboring Lakota tribes began to report numerous rumors of a shadow that appeared from the sea and nestled within the mountains of the Black Hills.

At first, it was described as having no visible form, and its entire body was shrouded in smoke. Over time, the Unhcegila revealed itself to have a long, scaled body that proved to be impenetrable to spears and arrows. Despite this, the Unhcegila was defeated. How it met its fate has multiple stories attached to it.

One tale claims that the Unhcegila once coexisted with the tribesmen. Soon, however, the dragon’s offspring developed a taste for human meat, and the tribesmen fought back. Another variant says that a warrior was instructed by a weasel spirit to be swallowed by the creature. The warrior cut his way out from the inside of the beast and killed the Unhcegila. A third origin claims that two children had a bow and some magic. They managed to strike the Unhcegila’s only weak spot, killing the being. In any case, it’s probably a good thing that it’s dead. 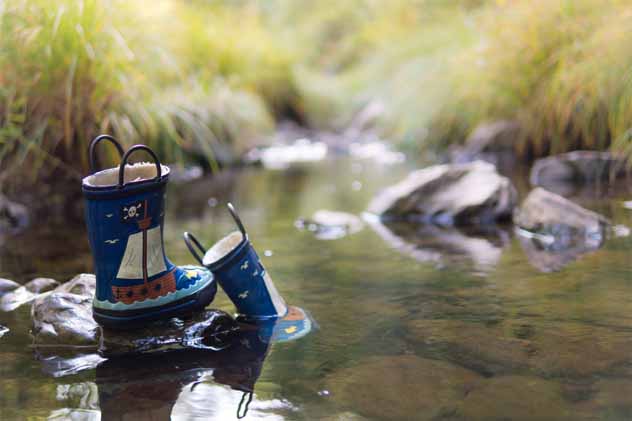 In modern times, the Apotamkin got exposure after the movie Twilight gave reference to the real-world myth about the case of “The Cold One.” The closest thing to what the movie might be referencing is the Native American Apotamkin, which people believed were vampires. The truth is, the actual case for what an Apotamkin is is up in the air.

One source states that the Apotamkin are indeed vampires that come with the full range of powers you’d expect (empowered abilities, super strength, and the desire to gain sustenance from human blood). Unlike the modern vampire, Apotamkin could also feed off animals and had more of a zombie corpse aesthetic to them, hence the name “Cold One.”

Both origins state that the Apotamkin was used mainly as a story to warn children of the dangers of acting incautious. Vampire or not, the Apotamkin probably made a few children stay safe over the course of its mythical history. 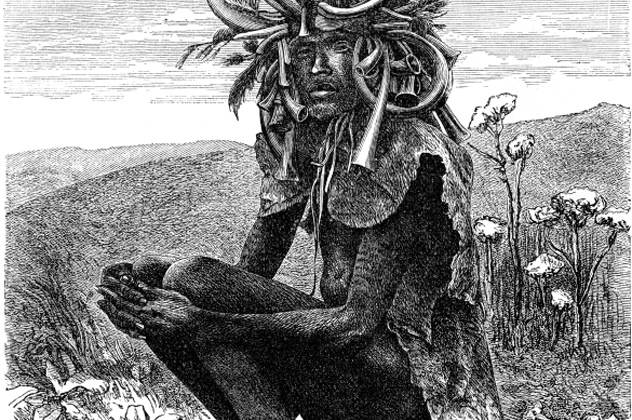 Meeting face-to-face with a kee-wakw probably wasn’t the best idea. If you angered one, the beast rapidly increased in size until it was taller than the trees. These creatures had gigantic fangs and a taste for human flesh. The only chance of surviving was to hope that the kee-wakw wasn’t hungry . . . and they were always hungry.

The origins of what made the kee-wakw varies. Some legends say that a powerful shaman had the magic to rise from the grave as the creature itself. Other stories tell of someone possessed by an evil spirit or committing a serious crime (such as allowing a tribesman to starve) that caused their heart to turn to ice and them into a kee-wakw. Some legends claimed it wasn’t a transformed human, but a monster by birth. The ice chunks within them were the source of their power. To defeat the kee-wakw, you had to make it vomit up the ice or dissolve the creature with salt. Sometimes, doing so would turn the kee-wakw back into the human they once were. 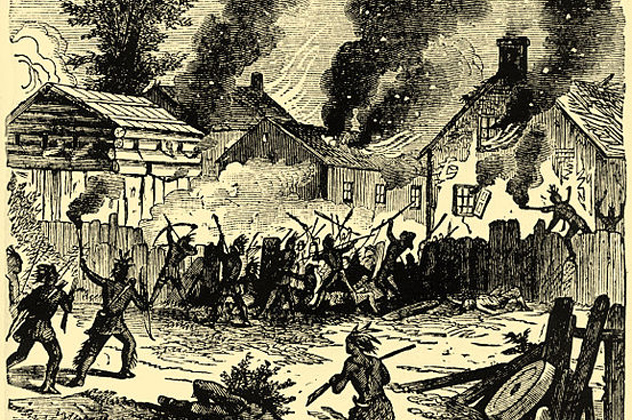 Originating from Wampanoag folklore, the Puckwudgie was a 60- to 90-centimeter-tall (2–3 ft) demon that haunted the woodlands. They looked fairly human except for their giant nose, fingers, and ears. Rumors of the demon’s abilities were quite varied. A few of these included the ability to disappear at will, use magic, poison arrows, create fire, or to transform into a walking porcupine.

The story of how the Puckwudgie came to be goes back to a story of the giant called Maushop, another key element in Wampanoag folklore. The Puckwudgie became jealous of the praise that the tribesmen gave Maushop, so they decided to help out the tribe as well. Their well-intended plans didn’t turn out so good, so they decided to become a malevolent force of evil instead. Maushop was called upon to scoop up the Puckwudgies and scatter them across the land. Many died, but some survived the drop.

Once Maushop had left the tribe for a while, the Puckwudgies returned and burned the villages and kidnapped the children in revenge. Maushop sent his five sons after them, who were all killed. An enraged Maushop took matters into his own hands, but he, too, fell to the hands of the gremlins. Ever since, the land has been plagued by these malevolent imps seeking revenge on the Wampanoag people. 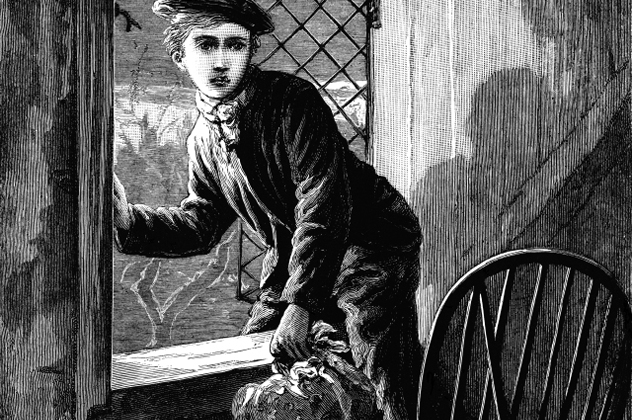 Also known as the Basket Woman, this legend doesn’t originate from just one tribe. Most of the tribes along the Northwest coast know of the giant Basket Ogress, and she acts more of a Native American boogeyman than other creatures.

The Basket Ogress’s biography sounds like it came from a fairy tale. She enjoys kidnapping people (naughty children in particular) and placing them in her giant basket. When she’s collected enough for a meal, she takes them back into her lair and eats them.

There’s one crucial flaw to the Basket Ogress, and it is usually her downfall in the tales. While she is strong, she is also dim-witted and easy to trick. One story has several captured children watching as the ogress prepares some hot rocks to cook them on. They manage to convince her to do a song and dance before cooking them. While distracted with her dance routine, the children work together to push her into the hot rocks. 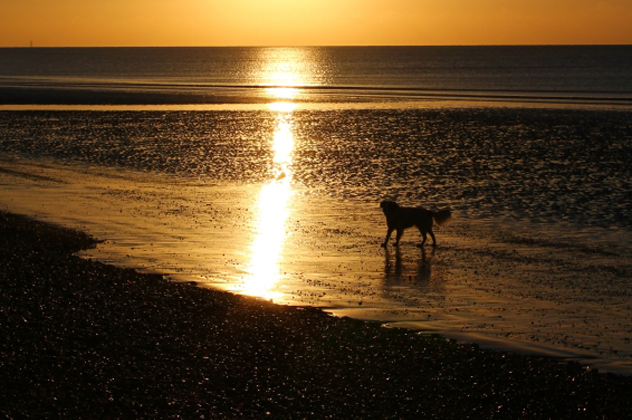 The tale of the Akhlut comes from the Inuit and tells of a man who became so obsessed with the sea that he wanted to live in it. One day, upon returning to his village, it appeared that his desire to live underwater had changed him. The rest of the villagers didn’t recognize him anymore and exiled him, so he wandered the lands seeking revenge.

While traveling, he came across a pack of wolves. The nature of the wolves matched his hunger for revenge, and he became a wolf himself. He realized he could transform into the animal that matched his desire. With his newfound ability, he leaped into the ocean and became an orca. He swam around the seas until his desire to ravage humans overtook him. He jumped onto the shore as a wolf and hunted the tribesmen.

It is said that if you’re in the realm of the Inuits and come across wolf tracks that lead directly to the sea, there’s a good chance you’ve come across the prowling grounds of the Akhlut. 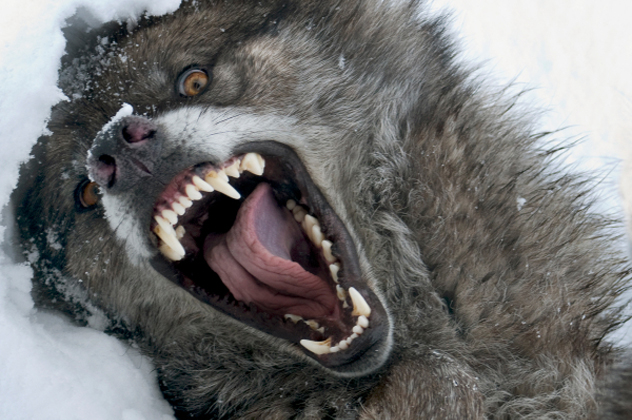 Another Inuit-based creature is the Adlet, and it’s one of the more twisted stories. The Adlet themselves are the resultant offspring between a human Inuit woman and a red dog. There were 10 children in total, all of whom were a mixture of human and dog. Some stories claimed that the Adlet had the lower half of a dog and the upper half of a human. Others said they had the body of a dog with the intelligence of a human.

After the children were born, the family was exiled to an island. Every day, one of the children swam back to the mainland and received boots filled with meat from the woman’s father to help feed the family. One day, the father loaded the boots with rocks instead of meat and drowned the dog on his voyage back. The woman was outraged and unleashed her children to the mainland to kill her father and anyone that stood in their way.

A simpler version says that the woman didn’t travel anywhere. She sent five of her offspring overseas to ravage other nations. The other half of her children stayed home, and together, they populated the land with deadly Adlets, who drank the blood of recently killed tribesmen.

S.E. Batt is a freelance writer and author. He enjoys a good keyboard, cats, and tea, even though the three of them never blend well together. You can follow his antics over at @Simon_Batt or his fiction website at www.sebatt.com