Beginning in 1927 as an annual publication titled “Man of the Year,” Time’s choice for Person of the Year has often been contentious and, in many cases, obvious. Over the years, many choices have been influential leaders during times of crisis—such as Angela Merkel during the Greek financial crisis of 2015—while other choices have been groups of people, organizations, and even concepts. Here are 10 of Time magazine’s most interesting choices for Person of the Year. 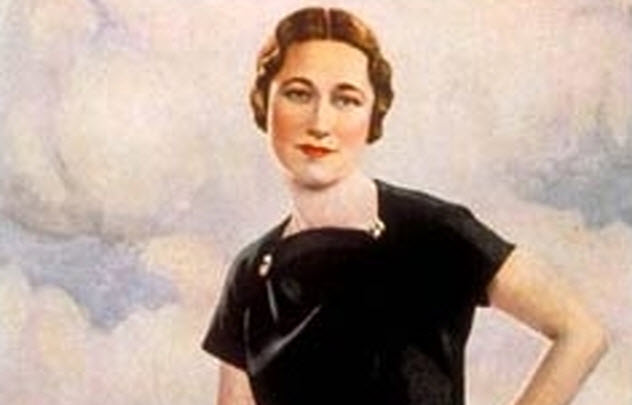 Wallis Simpson, Time’s first female choice for Person of the Year, was an American socialite whose third husband happened to be Edward VIII, the former king of England. King Edward was forced to abdicate to avoid a constitutional crisis that loomed from his desire to marry a twice-divorced commoner from the New World. Edward’s reign was threatened as head of the Church of England, which did not allow its members to marry a divorcee if their spouse was still alive. Wallis had two.

Edward abdicated his throne prior to a formal coronation after 325 days as king. He said, “I now quit altogether public affairs.” Then he went into exile in France with the title Duke of Windsor. Wallis’s involvement may have been better for England than people realized due to the friendship and admiration that Edward and Wallis had for then-chancellor of Germany, Adolf Hitler. 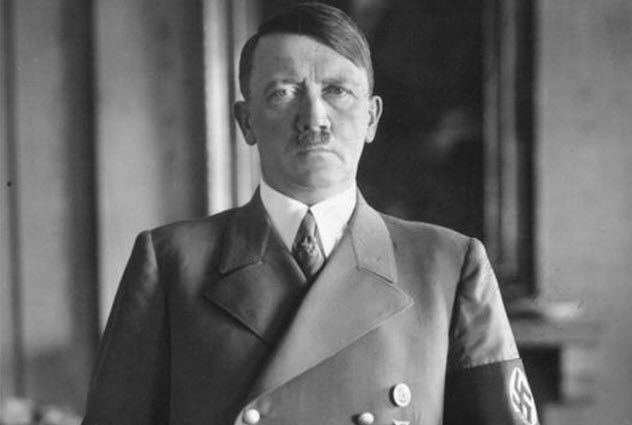 Adolf Hitler is remembered for World War II in Europe and his mass murder of more than 10 million people. But some also remember him as Time’s Man of the Year in 1938. Hitler was chosen due to his role in the grand unification of Germany with Austria and the Sudetenland.

He held a meeting with Neville Chamberlain and Benito Mussolini to sign the deal incorporating the nations, which led Hitler to further desire his neighbors such as Poland and Czechoslovakia. Time considered the unification a peaceful act and recognized Hitler for his influential role.

Hitler’s desire to unify Germany into a larger state was only the beginning of his aspiration to expand far beyond Germany’s borders. Time’s recognition honored his skill at achieving the annexation through diplomacy with his European counterparts. 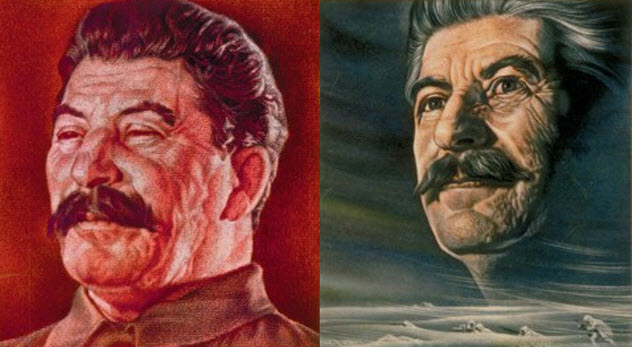 Joseph Stalin isn’t the only twice-chosen recipient of Time’s annual honor, but he is the only one to receive the honor and be responsible for the deaths of an estimated 20–40 million people, many of whom were his own subjects. Stalin was first chosen in 1939 for his role in the signing of the nonaggression pact with Germany. The pact changed the balance of power in Europe, allowing Hitler to focus on his conquest of Western Europe while secretly building his forces for an attack on Russia.

Stalin was recognized again in 1942 for his role in the defense of his namesake city in the Battle of Stalingrad. Stalingrad was a key city on the road to Moscow, and had it been taken by Germany, Russia may have fallen. His successful defense allowed the Russians to begin the push toward Germany and ultimately led to the end of the war three years later. 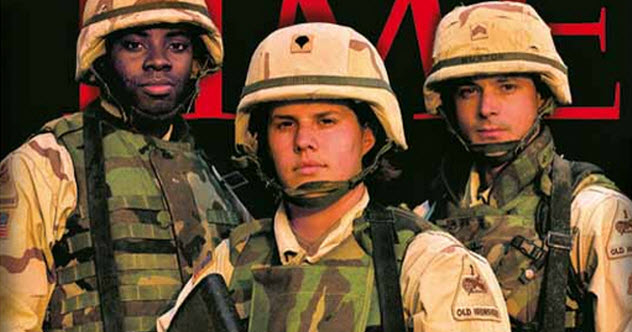 Photo credit: US Department of Defense

In 1950, Time recognized the American Fighting Man as Person of the Year to honor those involved in the ongoing Korean War. This was the first instance in which the magazine recognized a group of people. The magazine again gave the honor to the American Soldier in 2003 to recognize the contributions of all American soldiers abroad, especially those involved in the Iraq War, which began in 2003.

Time recognized that the ongoing conflicts were the biggest stories of the year and had numerous choices for the honor. After considering the respective presidents and politicians who played a large part in Korea and Iraq, the editors finally decided to honor the men and women who were engaged in the fighting. “We were united in this hope: that our men and women at arms might soon come safely home because their job was done.” 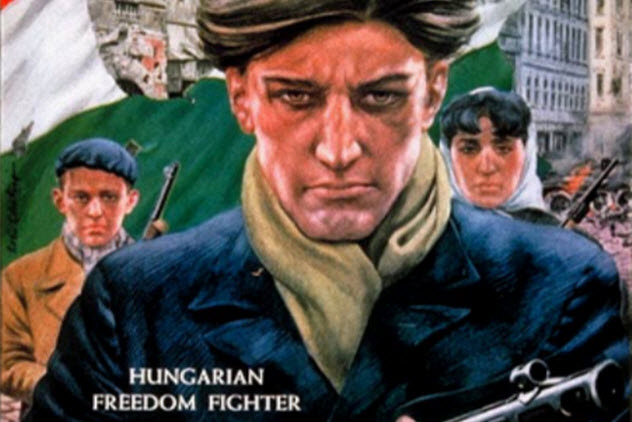 The Hungarian Revolution of 1956 (aka the Hungarian Uprising) was a failed nationwide revolution against the Soviet-imposed politics of the Hungarian People’s Republic. After the Soviet Union took control of Nazi territory following World War II, this was the first major outcry against Soviet rule in Eastern Europe and reflected much of the sentiment of Soviet-controlled territory for the remainder of the 20th century.

Time chose to recognize the freedom fighters in the historic revolution, calling it a “rip in the Iron Curtain.” After the fall of the Soviet Union and the inauguration of the Third Hungarian Republic in 1989, the initial date of the revolution, October 23, was declared a national holiday. 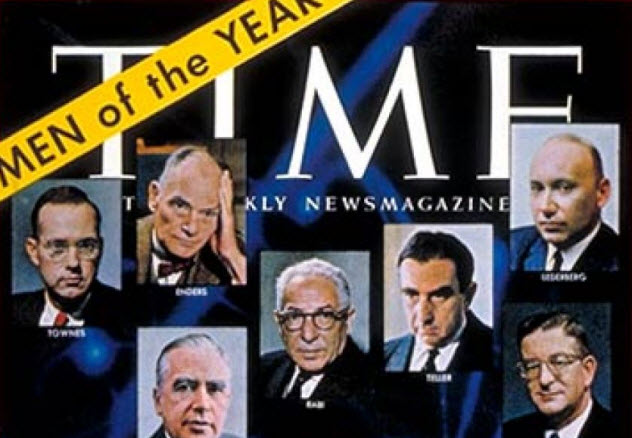 Time predicted that 1960 would be a year of scientific innovation. They recognized US scientists in general but also singled out 15 for their work in particular. Their choice was made “because the heart of scientific inquiry now beats strongest in this country.” Of note were accomplishments in genetics and the secrets of DNA as well as innovations in space exploration during a time when the Space Race was just ramping up between the United States and the Soviet Union. 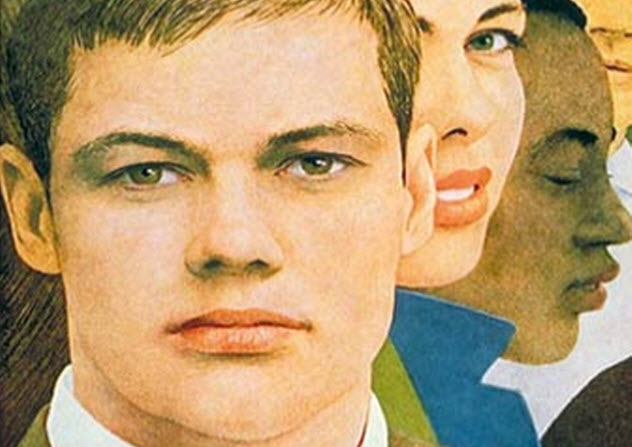 In 1966, Time chose to honor those men and women under age 25 called “The Inheritors.” The Inheritors (aka baby boomers) are a generation of Americans who arose following World War II (1946–1964). In honoring them, Time cited a range of accomplishments which separated the boomers from their predecessors:

The Man of the Year ran the mile in 3:51.3 and died under mortar fire at An Lao. He got a B-minus in Physics I, earned a Fulbright scholarship, filmed a documentary in a Manhattan ghetto, and guided Gemini rendezvous in space. He earns $76 a week with Operation Head Start in Philadelphia, picks up $10,800 a year as a metallurgical engineer at Ford, and farms 600 acres of Dakota wheat land.

Boomers were further recognized for their involvement in the civil rights movement and the counterculture that was arising during the 1960s. 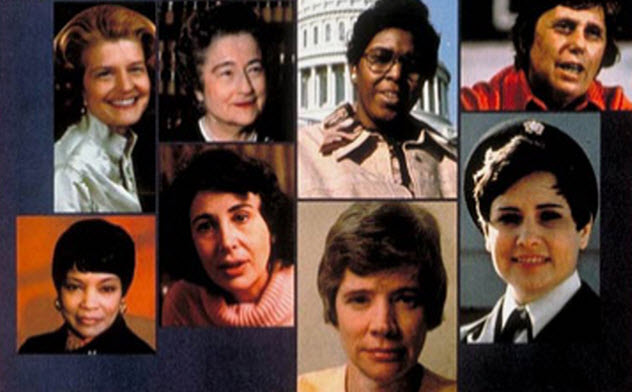 The article profiled 12 women in various fields and discussed the increasing roles of women in sports, politics, business, and many other areas. Some of the women honored in the article included Betty Ford, Billie Jean King, and Carla Hills, who was the third woman to serve in a presidential cabinet as Secretary of Housing and Urban Development.

Other than the wide selection of women chosen for this annual issue, Time had singled out only three women previously and has done so for only two women since. Time did not change the title from Man of the Year to Person of the Year until 1999. 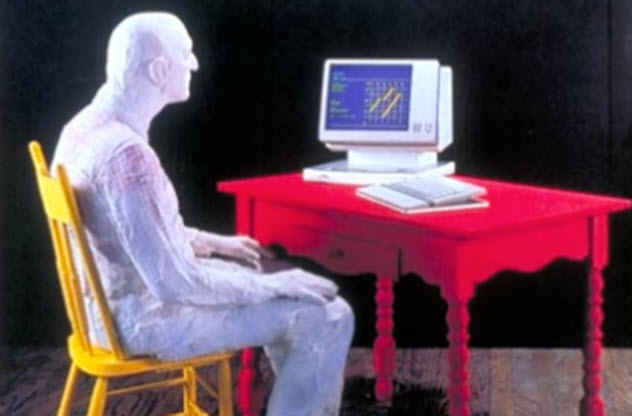 The computer was chosen as Machine of the Year in 1982 for its role in spawning the Information Age. The personal computer was specifically chosen due to its inclusion in people’s homes—something that had been too expensive or even impossible previously due to size.

This was due to the introduction of the very large-scale integration silicon chip, which increased the number of transistors from 20,000 to 1 million. The market became flooded with affordable machines which could “send letters at the speed of light, diagnose a sick poodle, custom-tailor an insurance program in minutes, and test recipes for beer.”

Computers may be ubiquitous today, but in 1982, it was an emerging technology most could not afford. Shortly after the issue was published, Apple Inc. began to sell the Apple Lisa, the first home computer with a graphical user interface at a cost of $9,995. Though the Lisa failed in the market, it helped to usher in a new wave of personal computers. 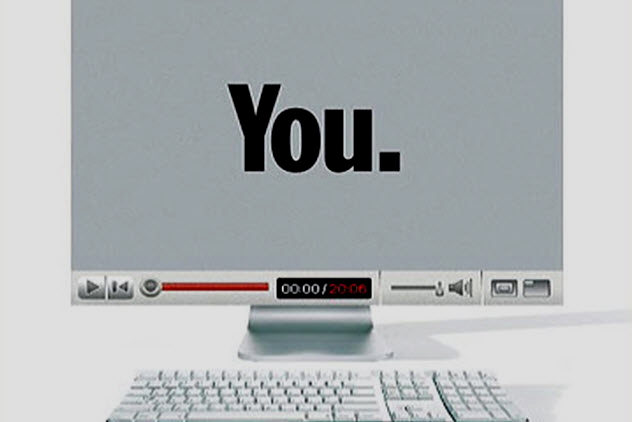 If you are reading this, then you were chosen as Time’s Person of the Year in 2006. The magazine chose to honor the millions of people who contribute daily to the Internet on sites such as YouTube, Facebook, and Myspace.

In 2006, user-driven media was beginning to take over the Internet through uploaded video content and social media engagements. Time recognized the impact that this was having on a global scale and chose to honor all of us in its annual issue.

Web 2.0 not only brings people together from all over the world, it has also yielded the largest community collaboration ever and has helped to bring about social change across the globe. The Internet has given voice to anyone who logs in and decides that they are going to take a stand on whichever issue they choose.

As Lev Grossman at Time observed, “This is an opportunity to build a new kind of international understanding, not politician to politician, great man to great man, but citizen to citizen, person to person.”