Most of us are familiar with the ideas of length, depth, width, and time. These dimensions allow us to experience the world in the way that we do, but in both science fiction and fact, we’ve long been looking for other dimensions that may exist around us. We’ve delved into the physics of cartoons and games and into the ideas of an ever-expanding universe, and along the way, we’ve developed some bizarre theories. 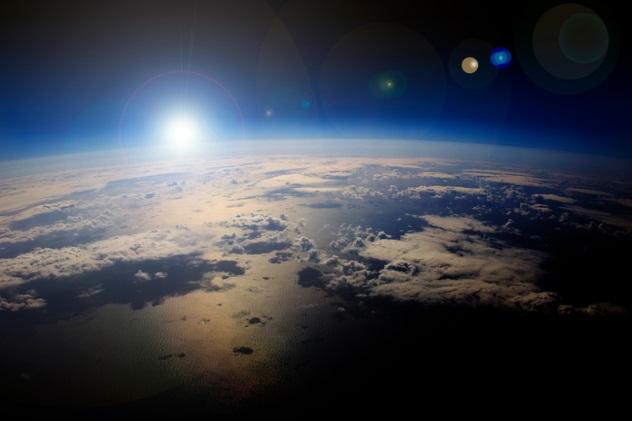 In The Book of the Damned, Charles Hoy Fort described the Super-Sargasso Sea, a dimension that collects all the things that have gone missing from our world before spewing them back out again. His biggest piece of evidence for his was the world’s mysterious rains of animals. The source was his proposed dimension.

The Super-Sargasso Sea revolves above and with our world (or it might remain in a stationary position above us while we move). Fort fancied a time when aviators might head up into a newly explored Super-Sargasso Sea to find fishing grounds made up entirely of animals taken from Earth or other things that the sea has swallowed—even messages from another world.

Tracing patterns of mysterious rains, Fort claimed that the sea stretches from Britain to India, although he admitted that evidence yet to be uncovered might prove something different. 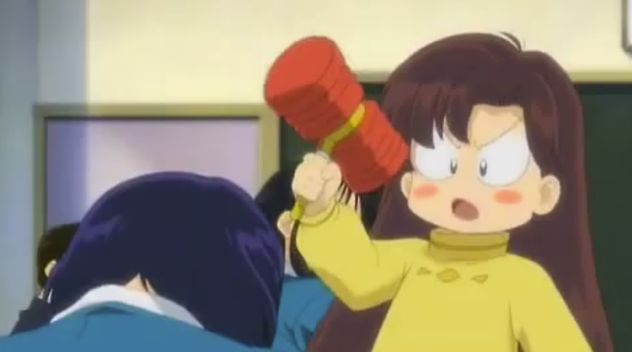 You see it all the time in cartoons: A character seems to pull something out of thin air to use it for random comedic effect. The mysterious dimension where these things are stored has a name—Hammerspace.

Coined by fans of Ranma 1/2 , Hammerspace is the space that exists away from the camera. It is also what allows clowns to keep piling out of clown cars, which should theoretically mean that they know what the inside of Hammerspace looks like, which could potentially explain a lot about clowns.

The smallest pocket dimension is Basic Hammerspace, where only a few things can be stored. There is also Game Hammerspace, which is reserved for role-playing games, and Infinite Hammerspace is the dimension that you see characters passing through when they open a door in one place and come out on the other side of the world. 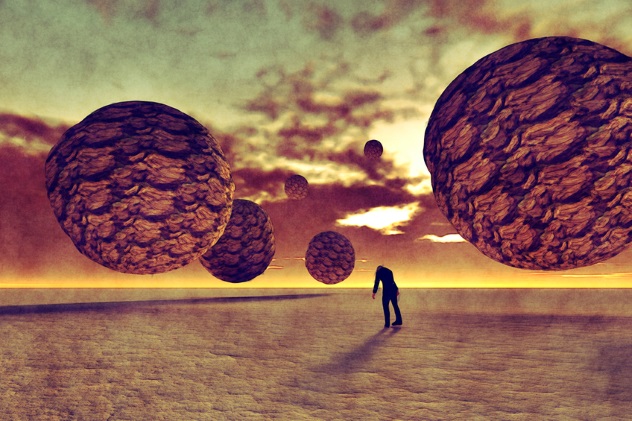 Paraspace was developed by writer Samuel R. Delany to describe a common feature in science fiction: When a character is removed from their own world and sent elsewhere, those places exist in paraspace.

What happens in paraspace has an impact on the character’s real world, and before the development of the term, these other dimensions were called subspace. Writers like Delany wanted to get away from that, stressing that this other dimension is no less real than the one the character was born into.

The idea has been expanded to things like the experience of an otherworldly place where the sensations experienced are so weird and bizarre that a person becomes more aware of these stimuli than they are of their actual surroundings. It’s been further defined as an alien space that exists within one more familiar to us or a dimension within a dimension where there is no “between.” 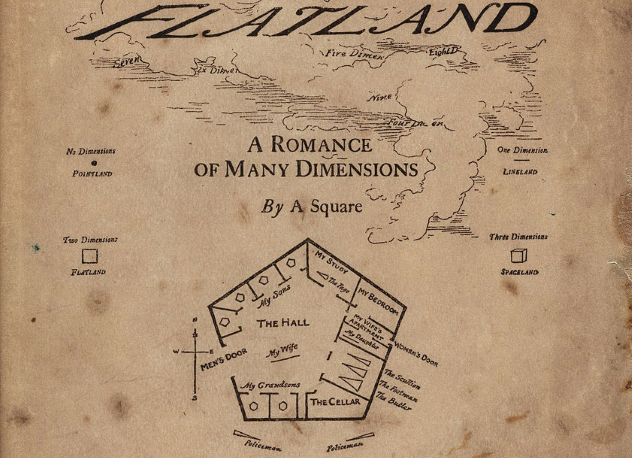 In 1884, a minister and scholar named Edwin Abbott Abbott wrote a book that imagined a world where there are only two dimensions. Flatland: A Romance of Many Dimensions is the story of a character named A Square, who lives in a world where the more edges and angles you have, the higher you are on the social scale.

Flatland is actually a world-within-a-world, and once every 1,000 years, it hosts a being from another dimension—the third. The being is a Sphere, and Sphere tries to convince them of the existence of a whole other world. Abbot describes his flat world in amazing detail, from how the cardinal directions are determined with no Sun or stars as reference points to the laws of inheritance to the role of women in Flatland society. And it’s all done as a way for Abbott to paint a satirical picture of Victorian-era Britain. 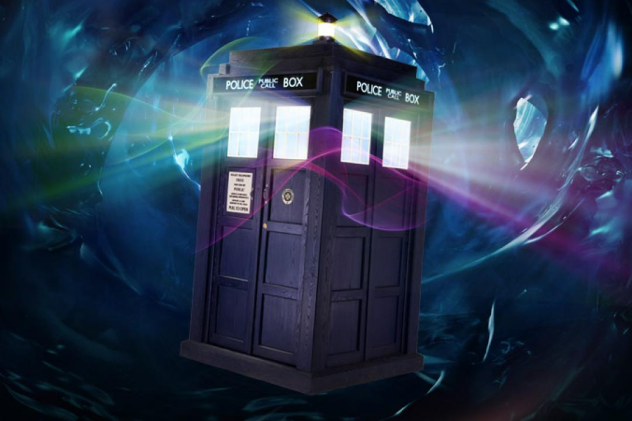 Doctor Who deals with a lot with traveling back and forth through space, time, and space-time, all with the help of the TARDIS. Recently, a couple of real-life scientists laid out rules for “Traversable Achronal Retrograde Domain in Spacetime” and described how time travel would be possible with a TARDIS.

A TARDIS (which would, by nature, be bigger on the inside than it is on the outside) is a bubble separated from an exterior by the curve of space-time. Anyone outside would see two bubbles that would first separate then remerge, while the person inside would be traveling in one direction. That’s because they start traveling along a circular trajectory (the same thing that happens in the night sky) and why we sometimes see planets appearing to change direction in a retrograde motion.

While it would work in theory, it never will because of the type of matter needed to kick-start the outright violation of the rules of energy use and consumption. 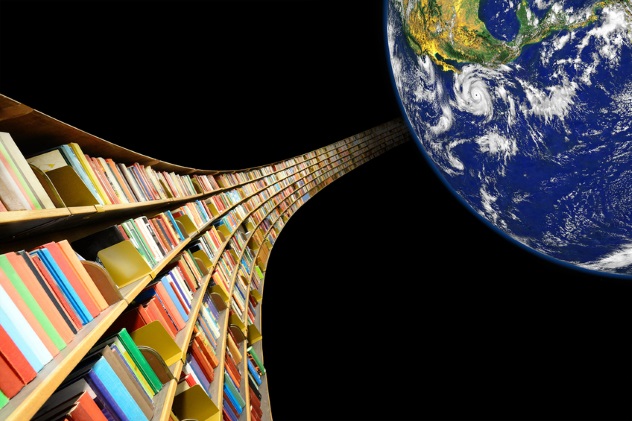 According to Terry Pratchett, there is a perfectly logical equation that defines the relationship between knowledge and power: That’s “Books = Knowledge = Power = (Force x Distance2) / Time,” and that’s where L-Space comes in.

L-space is a dimension that connects all libraries, and it’s possible to be there without even realizing it. Particularly huge libraries might become L-space, full of shelves upon shelves of books that stretch out into infinity. The dimension contains every book ever written, every book that that will ever be written, and books that people planned on writing but never did.

Anyone who learns to traverse L-space can find and read any of these books, but they also have to abide by the strict rules. Only senior librarians are privy to the rules (silence, returning books on time, and not interfering with the nature of causality) and are taught how to avoid potentially dangerous books, like those filled with cliches. 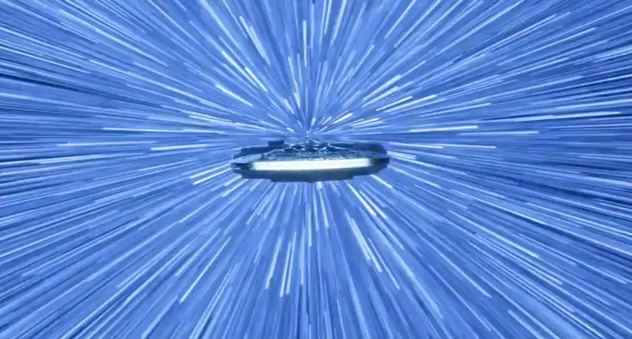 Hyperspace is a staple of science fiction, and the basic theory is that harnessing energy from other dimensions creates something of a dimensional shortcut for traveling faster than the speed of light, covering insanely large distances relatively quickly. Methods for this dimension-hopping mode of travel vary, and while ideas like the use of a wormhole are found in fiction today, other ideas go back centuries.

The idea of fast travel through space dates back to 1634 and Johannes Kepler’s book Somnium. In it, humans travel to an island 80,000 kilometers (50,000 mi) above Earth, and the only way to do it is through an interdimensional route opened by demons. Kepler described the demons beginning the journey based on the phases of the Moon. They administer opium to keep travelers asleep and use an undefined accelerating force to push people across space.

In 2002, theoretical physicists developed the idea of ring-shaped black holes, but it wasn’t until 14 years later that supercomputers were able to simulate them. The theory describes the black hole, which eventually develops a series of bulges that are pinched off to create new black holes, like water dripping from a tap. The process would create a naked singularity, and the Theory of Relativity—the basis of all our scientific theories—would collapse.

A black hole of this kind could only exist in five dimensions, and it is in five dimensions that a naked singularity could occur on our side of the event horizon. General relativity suggests that these singularities only happen when they are safely contained within a black hole, but the possibility of these ring-shaped black holes leads to the potential for the creation of a singularity that destroys the laws of the universe as we know them. 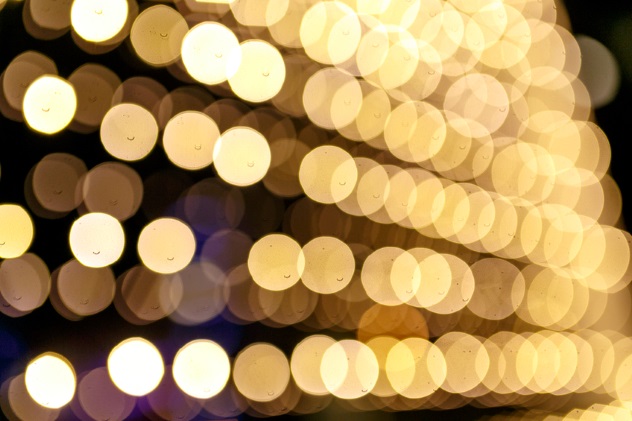 Alan Guth is a theoretical physicist from the Massachusetts Institute of Technology and the creator of the idea of cosmic inflation. Part of the theory states that the universe is constantly expanding, and as it expands, it creates more and more. This includes an infinite pocket universes, portions of reality where anything that can happen, will happen, eternally.

Guth says that we are in one pocket, while layered all around us are an infinite number of other pockets. “Pocket universe” is essentially the plural of the word “universe,” and it is defined by an area where the laws and constants of nature remain uniform. Pass out of our pocket universe, and things will start to change, including everything from physical laws to constants and dimensional restrictions.

1 The Theory Of Ten Dimensions 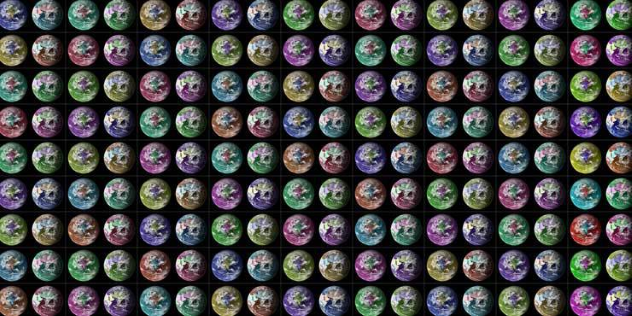 Most of us experience the physical world in three dimensions—length, depth and width. A fourth dimension, time, is widely accepted. Superstring theory states that several other dimensions directly impact us, although we do not necessarily perceive them.

The fifth dimension exists alongside our own world, and it’s just different enough from ours to allow us to measure those differences. The sixth is a plane on which all possible universes and pocket universes exist, but only those that began in the same way our universe did. The seventh dimension is made of worlds that started in a way different from our world, and the eighth is a dimension of infinite histories for the worlds of the seventh.

In the ninth dimension are worlds governed by physical laws different from ours. The tenth dimension contains anything and everything we can imagine—and more. Since it contains more than we are capable of imagining, the theory says that we are unable to imagine or understand more than ten dimensions.