While many of you have a certain view of people in the nineteenth century – stiff, overly mannered, as mindlessly obedient to the rules as any Stepford wife – the fact is, our Victorian ancestors often took a ride on the crazy train to Insanityville just like us. Here are the top ten bizarre fads that rose to popularity and/or notoriety during the Victorian era (1837 to 1901). Plus ça change, plus c’est la même chose, man. [The more it changes, the more it’s the same thing, man]. 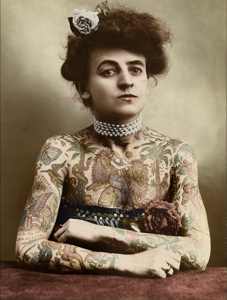 Tattoos are considered mainstream today, but in the nineteenth century, only criminals and sailors got inked. Until 1862, when the Prince of Wales (Queen Victoria’s son and heir to who would reign as King Edward VII) thought it would be jolly good fun to have a tattoo done while visiting Jerusalem. That started a fad among the rich and aristocratic. Naturally, the better class didn’t go around showing off their skin art. In 1898, in an article in the Harmsworth Monthly Pictorial Magazine, author R.J. Stephen estimated as many as 100,000 people in London alone had tattoos. Notable tattooed persons of the Victorian age were Tsar Nicholas II, Prince and Princess Waldemar of Denmark, and King Oscar of Sweden. 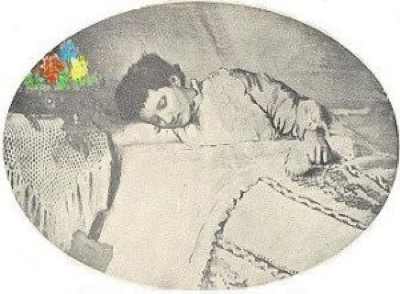 For a while, Victorian society went utterly gaga over “fasting girls” – young women who appeared to possess the ability to survive without sustenance of any kind. The keyword is “appear” since these miraculous anorexics were frauds, pretending to have the magical power to exist on nothing more than air while in secret, their accomplices made sure they stuffed their faces. Why did they do it? Well, why is Kristen Stewart still claiming she’s an actress? Fame, attention whoring, money… pick your motive. A notable “fasting girl” was Mollie Fancher, the Brooklyn Enigma, who supposedly lived fourteen years without a bite. 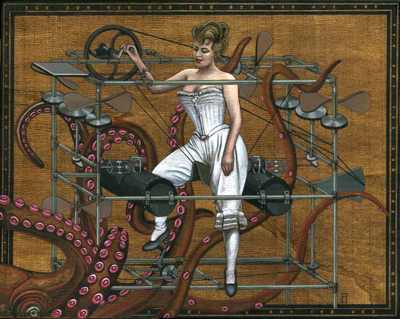 “Hysteria” was a catch-all diagnosis for women from about 1859. Nervous disorder? Hysteria. Feeling blue? Hysteria. Want to beat your cheating husband with a blunt object until he soils himself? Hysteria, bitches. One cure for married women was “pelvic massage.” In other words, masturbation. By a doctor. Using his hand, or if his fingers started cramping, a clockwork, foot pedal-powered, or electrical device until “hysterical paroxysm” – an orgasm – was achieved by the patient. The treatment was de rigeur in female lunatic asylums too. A notable observation is that the technique was thought difficult for male doctors to master, and some referred their hysterical patients to midwives instead. 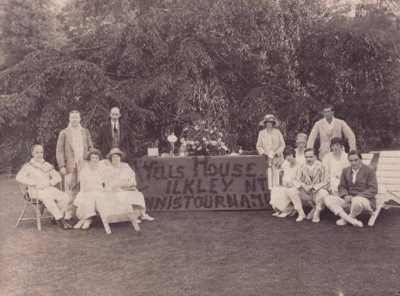 Another cure for what ailed you in the nineteenth century was hydrotherapy, or immersing the body in hot or cold water. Also known as the “water cure,” many prominent doctors of the day started their own hydrotherapy clinics catering to wealthy patients. What did hydrotherapy cure? According to the treatment’s proponents, damn near anything including diseases like tuberculosis, insomnia, baldness, impotence, and yes, hysteria in women. Notably, “colonic hydrotherapy” – enemas – fell out of favor with nineteenth century doctors until the practice received a kick in the ass (ahem) from the famous American eccentric and health nut, Dr. John Harvey Kellogg. 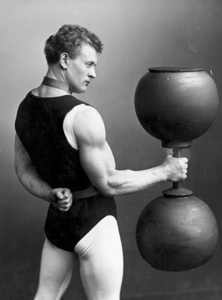 Obsessed with health, beauty, and fitness, hanging out in the gym at all hours, striving for perfection – body building isn’t a modern invention. In an era when excessive consumption and obesity were common among the upper and middle classes, some late Victorian men and women embraced the fad of physical culture, adopting exercise and diets to develop their bodies to the “Grecian ideal” or the perfect physique. At the peak of the fad’s popularity, more than two hundred fitness centers had been built in Europe, and at least five magazines published tips and photographs of gentlemen and ladies posing au natural. Two notable physical culture enthusiasts were Edmond Desbonnet and Eugen Sandow. 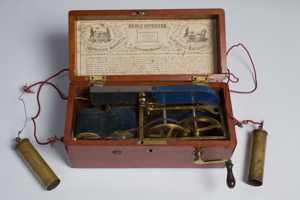 The Victorians had a penchant for turning new inventions into medical treatments. Electropathy involved using electricity to alleviate medical problems ranging from gout, muscular weakness, rheumatism and torpid liver to, you guessed it, hysteria. Essentially, patients paid to be given electrical shocks that sometimes left burns. Magnetism promised to relieve pain, grow hair, and cure a variety of complaints including indigestion. A notable quack device was the “electric corset,” actually powered by magnets. Wearers were supposed to experience “a healthy development of the chest,” whatever that means. 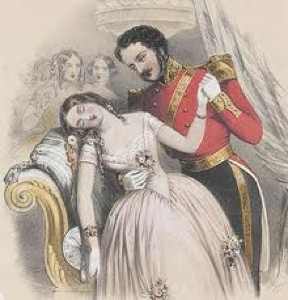 True, fashionable nineteenth century women wore corsets. “Tight lacing” was frowned upon, but the practice appears to have had some devotees. However, we can’t blame the swooning fad solely on undergarments. Victorian ladies collapsed (or at least pretended to get the vapors) at the drop of a hat. Something shocking happen? Faint. Startled? Faint. Frightened? Faint. Were they such delicate flowers? Not really. Women had few outlets for their emotions, and almost any kind of outburst was frowned upon. Swooning, on the other hand, was socially acceptable since women were supposed to be dainty. Notable treatments for swooning included hartshorn and sal volatile – ammonium carbonate. 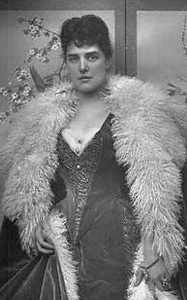 Many Victorian women had a jeweler pierce their ears, but in the late nineteenth century, a fad for nipple piercing came into vogue among the fashionable ladies. At least one English jeweler and one Parisian jeweler are cited as offering this unusual service to their female customers. After the nipple was pierced, a gold “bosom ring” was inserted. Sometimes two rings were joined by a chain. One notable theory suggests the fad came into being because women believed nipple rings would make their breasts grow rounder and more attractive. Another theory is that they enjoyed the pleasurable sensations. (You didn’t really think I’d put a picture of that did you?) 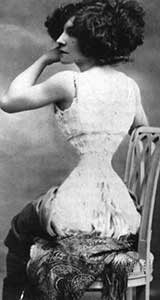 Specifically, tight lacing. I mentioned the practice earlier. A corset was worn by women to reduce their waists, support their bosoms, and give their figures a trendy shape. However, like many fashions, some ladies took corsetry to extremes, attempting to create waists as small as sixteen inches or less. The practice was condemned in ladies’ magazines and vilified by rational dress supporters. To what extent was tight lacing practiced? There’s no way of knowing, and the subject remains historically controversial. One notable tight-lacer was Emile-Marie Bouchard, also known as “Polaire.” The French singer and actress achieved a famous fourteen inch waist thanks to her corset. Her ridiculously thin waist is pictured above. 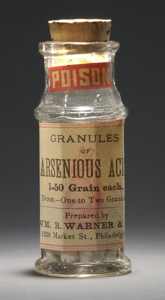 Think you’re dying to look beautiful? Late Victorian women used arsenic laced “complexion waters” and wafers, and bathed with arsenic soap and shampoo in an effort to improve their skin, make themselves look younger, and increase their attractiveness. Some men took arsenic pills to stimulate their libidos. Did it work? Of course not! But it comes as no surprise that the nineteenth century was awash in arsenic. Green dyes used in many products including wallpaper, clothing, and food contained terrifying amounts of arsenic. A notable fact is that arsenic could be bought at the chemist’s by anyone, and it was cheap. Half an ounce – sufficient to murder fifty people – cost only a single cent.

So the Victorians weren’t that different from you and I. Sure, they followed some pretty weird fads, but so does your average Fifty Shades of Grey fan, and they’re still allowed to walk around free on the streets like normal people… for now.