The Cold War was a period of great tension, and with all the posturing, stockpiling, and military maneuvering by the US and the Soviet Union, there came a rich history of obscure stories and eyebrow-raising tales. While the standoff between the superpowers was very much conventional, some of their top secret projects and undercover missions were incredibly bizarre. 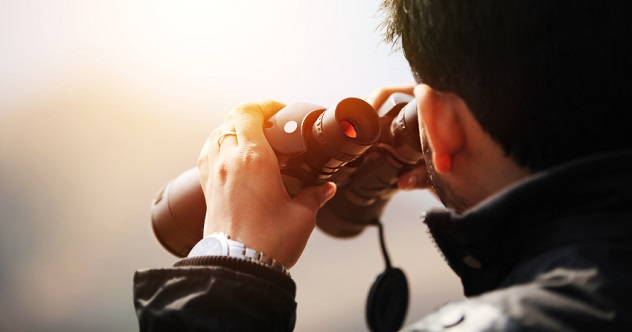 After the end of World War II and the division of Germany into four occupation zones, the Western Allies and the Soviets signed a series of agreements, allowing a small number of military personnel from each side (usually less than two dozen) to deploy in each other’s occupation zones. These soldiers would monitor the other side and ostensibly facilitate better relations between the superpowers.

However, these so-called “Military Liaison Missions” ended up being used by both sides to spy on the other. Instead of engaging in traditional espionage activities like assassination or the passing of information, two-man teams would move around the occupation zones, armed with binoculars, cameras, and night vision goggles. Using this equipment, the teams would observe enemy troop dispositions and movements.

These missions also had another important purpose. The spy teams would alert their commanders if the other side was starting to prepare for war. On the NATO side, the missions ended when the Soviets pulled out of East Germany in 1990. But despite the wide-ranging diplomatic powers of the people involved, the job was dangerous. Both an American and French Liaison officer lost their lives, the former to a trigger-happy Russian sentry, and the latter during a staged “accident.” 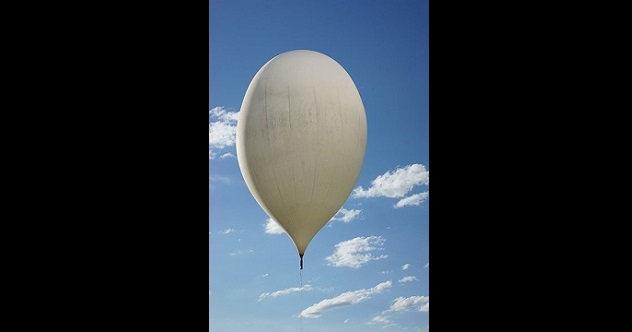 After World War II and the development of various new plastics, high-altitude ballooning became a real possibility. And naturally, government officials were quite eager to militarize these new balloons. In the ‘50s, the US Air Force initiated Project Mogul, a secret project that sought to use balloons in order to lift sensors into the upper atmosphere. These sensors would then pick up on sound waves from nuclear testing.

Although no waves were ever detected, Project Mogul gave the military the idea to build reconnaissance balloons that could fly over the Soviet Union. Project Moby Dick, Mogul’s successor, trailed the balloons with sensors, a tactic which actually worked. Moby Dick’s successor, Project Genetrix, became operational in 1956.

Four balloon launch sites were set up in Western Europe and Turkey, and recovery aircraft and ships were based out of Japan and Alaska. Pre-set timers would trigger the activation of signaling beacons in each balloon. This way, recovery crews could easily find them. Of the more than 400 balloons launched, around 10 percent were recovered.

Although the balloons returned useful information, it was discovered that their flight patterns were so haphazard that intelligence finds were a matter of luck. The program was shut down when the CIA’s new high-altitude reconnaissance aircraft, the U-2, became operational. 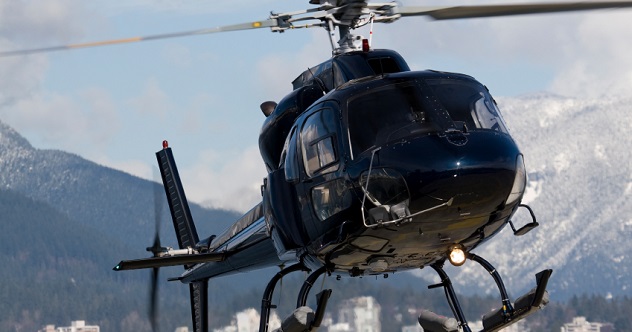 In March 1972, negotiations to end the Vietnam War had begun, but Secretary of State Henry Kissinger wanted to know whether the North Vietnamese would negotiate in good faith. The CIA knew of a vulnerable spot on a phone line used by the North Vietnamese, but getting into enemy territory to plant a wiretap would require a very sneaky means of transport.

Well, it just so happened that the Hughes Corporation had been developing a quiet helicopter since 1968. It was originally intended for US police departments that wanted to keep complaints about helicopter noise to a minimum. When the American military heard about this creepy chopper, they contracted the Hughes Corporation to make a helicopter that was as quiet as possible, and soon, the CIA was Hughes’s most clandestine customer.

The two OH-6A helicopters that were rebuilt for the CIA were cutting edge machines. They were fitted with electronics and external fuel tanks, and they were fine-tuned with specifically modified engines that could produce double the power of that on a normal OH-6. And of course, the choppers were painted black.

On December 5, 1972, one of these super-quiet helicopters, carrying two commandos, flew into North Vietnam. The team successfully planted the wiretap in the dead of night and managed to escape the country. The helicopters were never used again, but the CIA managed to get enough intelligence from the wiretap that Kissinger was able to negotiate with the North Vietnamese . . . but in the end, it was all for naught. 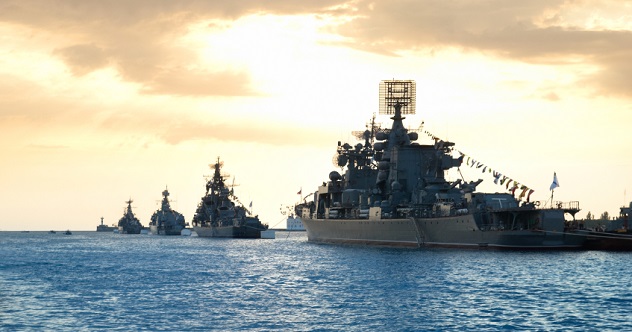 We’ve previously covered the Black Sea Incident of 1988, when two Soviet warships in the Black Sea bumped into two American warships that had sailed into Soviet waters. The incident damaged all four ships, but the whole nasty incident might’ve been inspired by a similar incident that occurred two years earlier.

In March 1986, American ships were sailing through Soviet territory, all the while ignoring warnings from Soviet vessels. Soviet forces in the area were placed on combat alert, and USSR officials complained quite vocally. The Americans responded that their warships were merely exercising their “right of innocent passage,” a legal concept that allowed ships to pass through territorial waters of other countries under certain conditions. After all, a Soviet official had once stated that there were no “traditional seaways” in the area.

Later on, the Soviets clarified this statement, explaining that innocent passage was no longer allowed through Soviet waters unless otherwise stated. 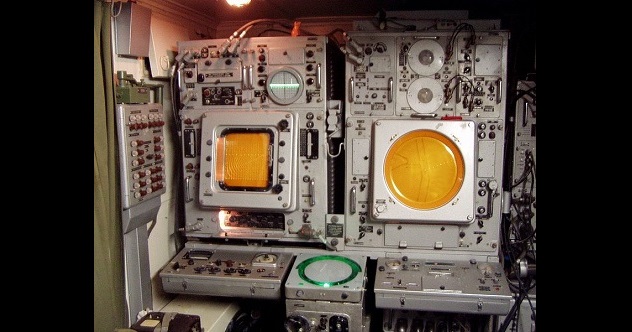 Although Israel emerged victorious from the 1967 Six-Day War, the Soviet Union had been readily arming the Arab states. In fact, a lot of equipment was sent to Egypt in particular. By 1969, just two years after the war had ended, the Egyptians were fielding new technologies, and the Israeli military needed to learn how to deal with this threat. So Israel responded by stealing Soviet-supplied radar from the Egyptians in order to study it and devise the appropriate countermeasures.

The Israelis had originally planned to destroy the state-of-the-art Soviet P-12 radar, but at the last minute, they decided to go with a good, old-fashioned heist. A mission was hurriedly put together and launched in December 1969. While Israeli aircraft created a distraction elsewhere, two helicopters packed with commandos overwhelmed the Egyptian soldiers guarding the radar. The Israelis disassembled the equipment for transport, but it was too heavy for the helicopter, almost causing the chopper to crash.

Nevertheless, the mission itself was successful, and the Israelis intensively studied the radar for a year, before handing it over to the United States. 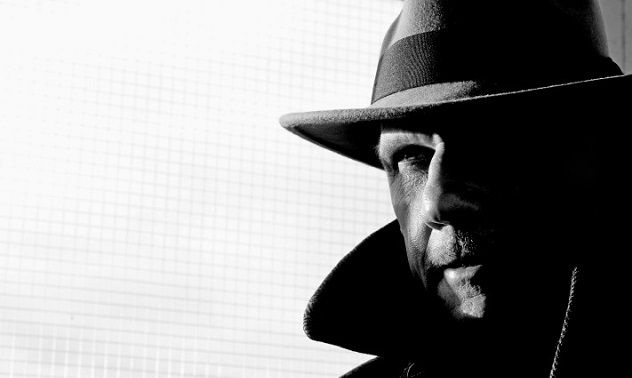 It was 1985, and the West German government had just arrested another Soviet spy. But what made this case unique compared to many other cases of espionage was that the agent in question had stolen the identity of an orphaned child in order to create his cover.

Jerzy Kaczmarek, a spy from Poland, applied through the Red Cross to find his “birth mother,” under the alias of “Janusz Arnoldt.” But soon after “Arnoldt” was reunited with his supposed mom, she supposedly suffered a heart attack and passed away. The grieving family rallied around her newfound son, and he eventually worked his way up in West German society, all the while spying for Poland.

He would’ve continued in this fashion if the real Janusz Arnoldt hadn’t applied through the Red Cross, as well. Thanks to this crazy coincidence, Kaczmarek’s cover was blown, and he was arrested. However, a year later, he was exchanged for Western spies. As for the real Arnoldt, he died shortly afterward under suspicious circumstances.

At the Olympic basketball finals in 1972, the US had just come off a winning streak. Their final hurdle before snagging the gold was the Soviet Union. And the Soviets were very good, gaining a lead of 26–21 by halftime. The lead continued to grow until the last 10 minutes, when the Americans went on the offensive. After using two free throws, the US gained the lead by 50–49. With one second remaining, the Americans thought that they’d won.

And that’s when a British official gave the Soviets two more seconds on a technicality, and they went on to win the game, partly because the Americans were disoriented and confused. Outraged by having their victory snatched away, the American team unanimously resolved to refuse their silver medals. They didn’t even attend the award ceremony.

Unfortunately for the Americans, their appeal to basketball’s governing body, FIBA, failed. After all, three of the five members of the jury were from Warsaw Pact nations. In the context of the Cold War, this skirmish was important. It marked the first time that the US had ever lost the Olympic gold for basketball. 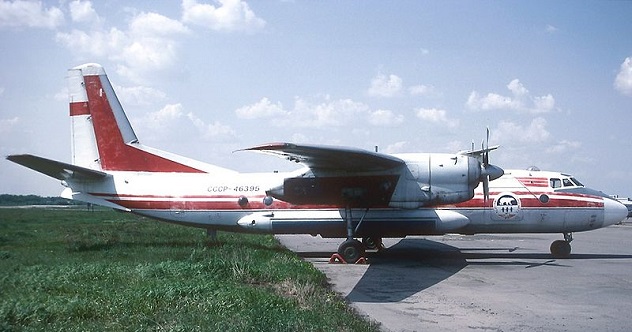 During the Cold War, quite a few airplanes accidentally (or otherwise) intruded into enemy territory. Naturally, these crafts were shot down, and the pilots were often killed or captured by the enemy. However, one incident stands out has having had a relatively peaceful resolution.

On February 27, 1974, a Soviet An-24 cargo aircraft landed in the Alaskan town of Gambell. The Soviet aircraft had run low on fuel and had just barely made it down. The 15-strong crew was then greeted by the town’s 736 inhabitants, who helpfully provided heaters. There was also a peaceful exchange of souvenirs and gifts, and the Americans even agreed to provide fuel for the Soviets.

The next day, an American military cargo plane took off for Gambell, loaded with fuel and various diplomatic and customs officials. After refueling the plane and getting some basic information from the Russians, the Soviet aircraft took off without incident.

2 The Lourdes Signals Intelligence Base 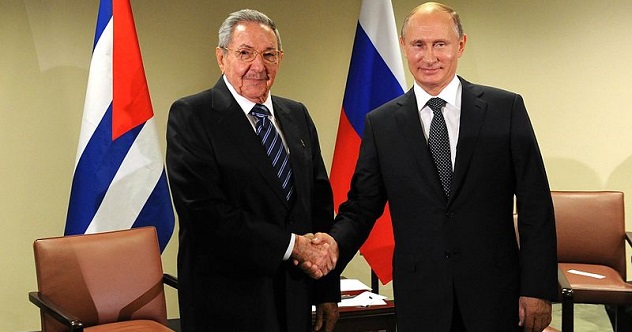 Everyone knows the Soviets spied on the US during the Cold War. However, the fact that they had a top secret spy base less than 160 kilometers (100 mi) from American soil isn’t exactly common knowledge.

During the prelude to the Cuban Missile Crisis, the Soviet Union shipped not just weapons to Cuba, but also equipment to construct a signals intelligence facility. Located near the Cuban capital of Havana, the facility was run by both Soviet and Cuban intelligence officers. The Lourdes SIGINT base, as it was known, was capable of intercepting all kinds of broadcasts across the US, and it was also able to send info to Soviet—and later, Russian—spies in the US.

The facility was finally shuttered in 2001, the victim of high costs and improving US-Russian relations. Plus, there was the whole matter of Cuban intransigence related to some hefty debt payments to Russia. However, in 2014, the two countries announced possibly reopening the facility in the face of deteriorating relations between Russia and the US. 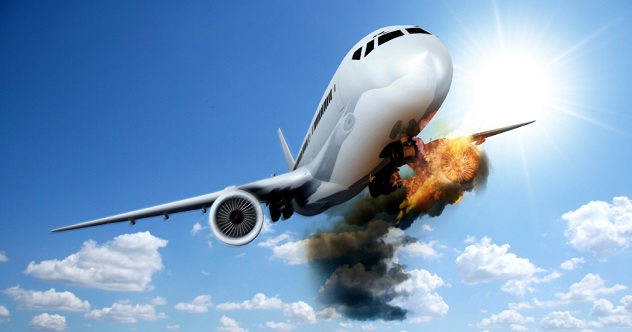 The shooting down of civilian KAL Flight 007 by the USSR in 1983 ranks as one of the worst tragedies of the Cold War. Unfortunately, it wasn’t the first time the Soviets had fired on a civilian airliner that had wandered into their territory.

On April 20, 1978, KAL Flight 902 was flying between Paris and Seoul. After a stopover in Anchorage, the Korean plane was over the North Pole when its navigation system started giving erroneous readings, causing the pilot to turn toward the Kola Peninsula in the Soviet Union.

Soviet radar detected the plane, and fighter aircraft were scrambled to intercept it. The Soviets would later claim the pilot never responded to hails or signals, while the Korean pilot would claim that he complied with Soviet demands to slow down. Either way, the Soviets were ordered to fire two missiles at the airliner, one of which severely damaged the plane.

Unlike Flight 007, however, Flight 902 managed to lose its pursuing fighters after an emergency descent. The pilots landed on a frozen lake, and in total, the flight suffered only two casualties from the missile blast. The surviving passengers and crew were later rescued by the Soviets.