Ancient bones can return a wealth of information to the modern researcher. But they can’t ever truly reveal the dead’s lost humanity. Only when the hollow sockets become the thoughtful eyes of a girl or healed fractures give a knight a handsome scar does time vanish as skeletons turn back into real human beings. 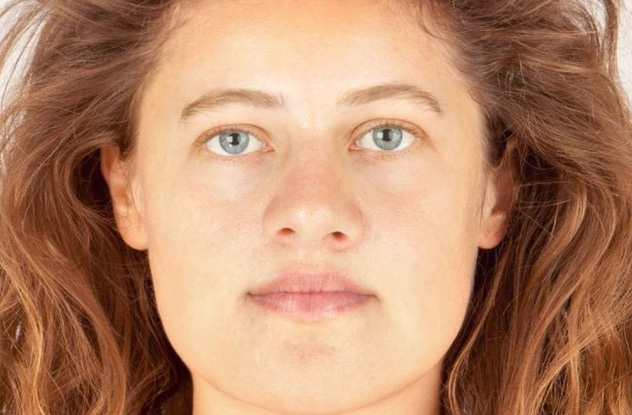 Nearly four millennia ago, a young woman died in ancient Britain, and she was unusual. Ava’s skull was strange, and so was her grave.

Nicknamed “Ava” after Achavanich, where she was unearthed in 1987, and aged 18 to 22, she most likely belonged to the Beaker people, a European group with short and rounded skulls. But Ava’s head was uneven yet shapely enough to suggest deliberate binding.

During the Middle Bronze Age, it was customary to bury the dead under a cairn or in a soil pit. Ava’s unmarked grave was cut with a lot of effort into solid rock. A beaker found inside also hinted that Ava was special—its designs have never been seen before. She died too young and from unknown causes. 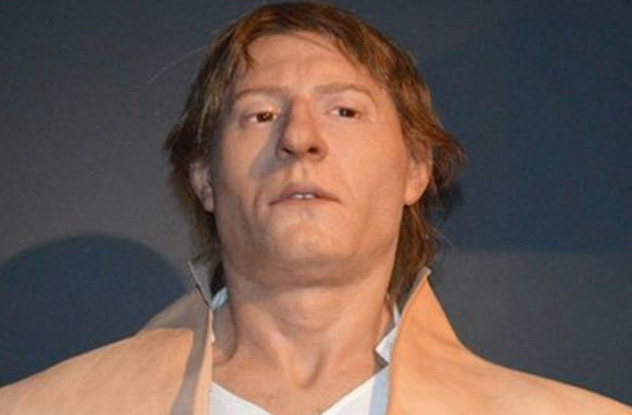 The Mary Rose was the flagship of King Henry VIII’s war fleet. She sank over 500 years ago and took many souls to the bottom of the sea. In 1982, the wreck was raised with a dead crew of 92 skeletons.

Historical accounts mention elite troops onboard, and this meant longbow archers. One such identified archer was an impressive 2 meters (6 ft) tall—well above the average Tudor male. Personal items indicated his rank was high and his built had to be powerful to draw the tough 16th-century longbow.

To reveal what this crack soldier looked like, a scan of his skull was fed into a 3-D printer that popped out an exact replica. The archer’s face was reconstructed around the printed skull. The result showed a man with a no-nonsense look that would make any opponent think twice. 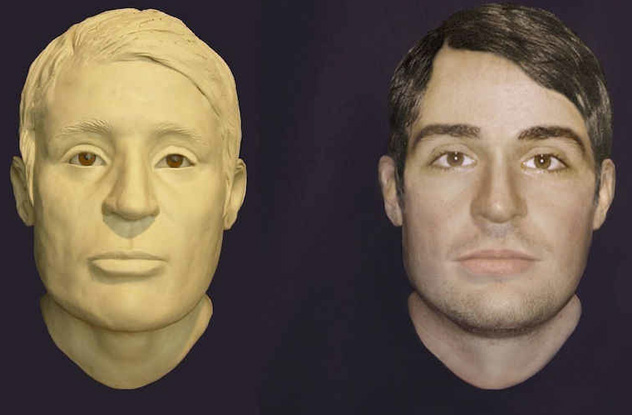 A more recent maritime tragedy involved the USS Monitor, the Navy’s first ironclad warship. She sank in a storm In 1862, while being towed off Cape Hatteras. Almost 150 years onward, her gun turret resurfaced through a joint effort by the Navy and NOAA. Inside, they found a pair of skeletons, two of only 16 Civil War sailors to be recovered.

After reconstructing them, NOAA released the images. One of the men who drowned in the turret was very young, between 17 and 24, and had movie star good looks. His companion, although about the same height and also white, was older. Aged 30 to 40, he was likely an avid pipe smoker and had a wide face dotted with close-set eyes and a big nose.

7The Girl Of Uchter Moor 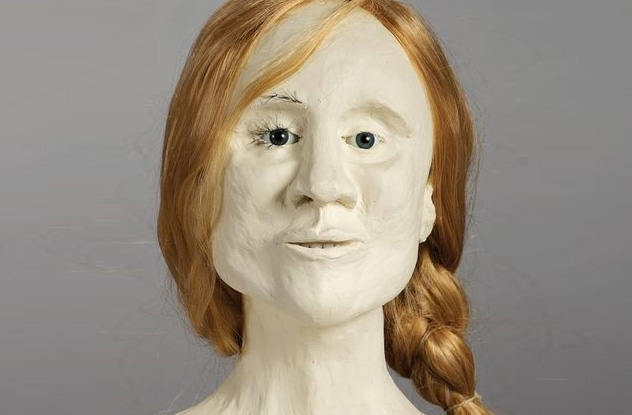 In 2000, a peat harvester in Germany pulled up a body. Police initially thought it was the missing Elke Kerll, but a DNA test disproved this. She was dubbed “Moora” after Uchter Moor where she was found. Her origins languished for years until her missing hand turned up in the same area. More tests showed that the bog body wasn’t modern but a teenager who had died during the Iron Age.

She went deeply into the bog, a highly dangerous thing to do. Was the teen fleeing or collecting bilberries (a mind-altering fruit)? Whatever followed, the lack of ancient skeletal trauma indicates an accident rather than murder ended her short life. 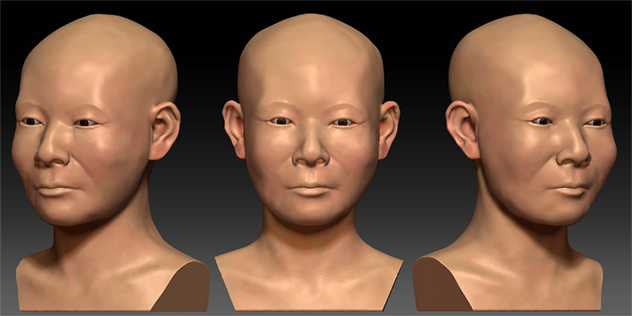 The Silla Kingdom controlled much of the Korean Peninsula (57 BC–AD 935), but despite being one of the most enduring and influential dynasties, complete skeletons from that period are scarce. Incredibly, a perfectly preserved grave was found in 2013, that of a woman’s.

Her skull was fragmented but, once assembled, revealed a strange elongated head researchers don’t believe was the result of binding. Had she suffered this procedure, the bones in the front of her skull would’ve been flatter, and the sides would’ve grown more to adjust to the pressure of flattening. The Silla woman shows none of this. Her skull is normal except for its odd shape. Experts believe that it might’ve been a natural occurrence, albeit rare, in the ethnic group during that era. 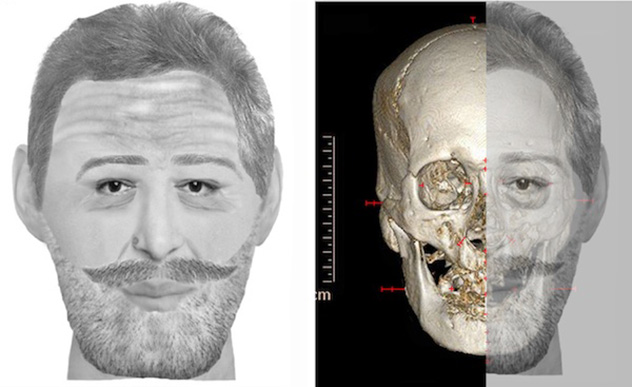 Louis XVI was beheaded in 1793, and King Henry IV of France had his long-dead head removed, as revolutionaries desecrated as many royal tombs as they could find. Rediscovered in a private collection, the skull’s face was digitally returned, and to the excitement of researchers, it mirrored known depictions of Henry, a mole and ear piercing included.

The embalming method fits historical records of how Henry’s body was prepared, but it obscures the papery mummy’s identity. Sure, the face resembles Henry, but the embalming and careless modern handling contaminated the DNA so much that it can no longer be compared with his living descendants. 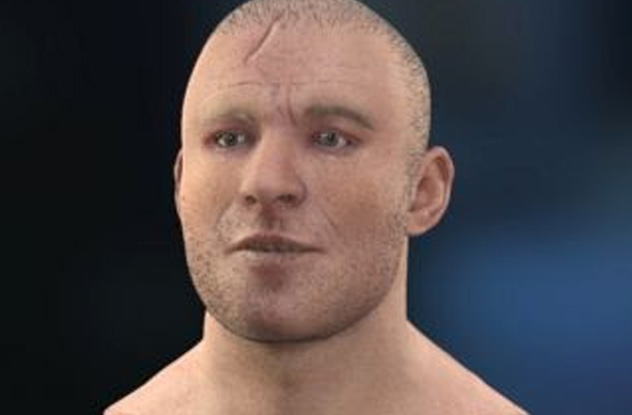 It’s not often one can meet a real medieval knight. But renovations at Stirling Castle made this possible when the body of a young man was unearthed. Near him, a woman had her head crushed, possibly by a mace. The pair was part of 10 skeletons discovered, including two babies. A siege appeared to have been behind their violent deaths.

His skeleton revealed the powerful physique of someone trained since boyhood with weapons and horses. Healed injuries proved he was a professional soldier who had survived some hairy battles. A facial reconstruction showed the scars of old wounds. Unexpectedly, documents revealed his name. He was Sir John de Stricheley, an English nobleman who died in 1341, possibly felled by a Scottish arrow. 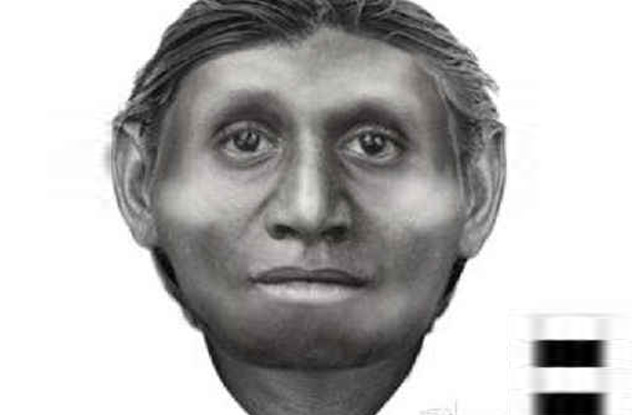 Better known as the controversial “hobbit ,” her remains were found on the Indonesian island of Flores in 2003, standing an adorable 1 meter (3 ft) tall. A recent artistic rendering showed that the 30-year-old had high cheekbones and large eyes. The more accurate software showed that the woman had modern features rather than the monkey look paleo-artists previously credited her with.

While researchers say she’s no beauty queen, missing much of what one would call a forehead, it remains incredible to see such a long lost part of the human family tree. That is, if she is even an ancient human. Officially called Homo floresiensis, she lived 18,000 years ago and with a different-shaped brain and wrist bones more consistent with apes. Scientists believe she might be an entirely new species. 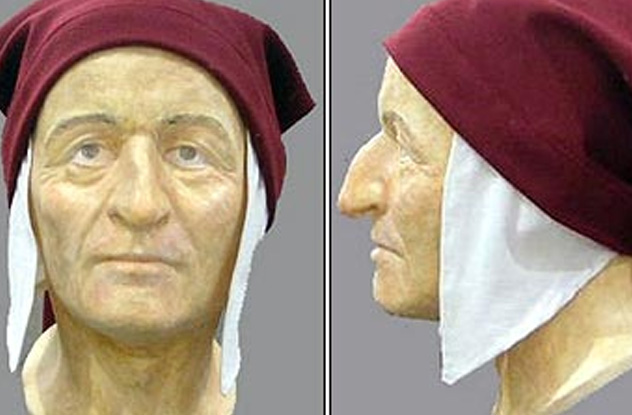 When Dante’s skull was turned back into a face, researchers were surprised to see that he differed from traditional depictions of the man. Usually, he is shown with a stern or severe expression, but when his features were revealed through forensic efforts, Dante had a softer gaze and looked a whole lot friendlier. However, his famously hooked nose was spot-on.

Among other difficulties, Dante suffered the death of his beloved Beatrice and banishment from Florence in 1302 for opposing Pope Boniface VIII. His actual bones remain hidden by Italian monks who refused scientists access to them. Dante’s face was recreated using a replica skull. 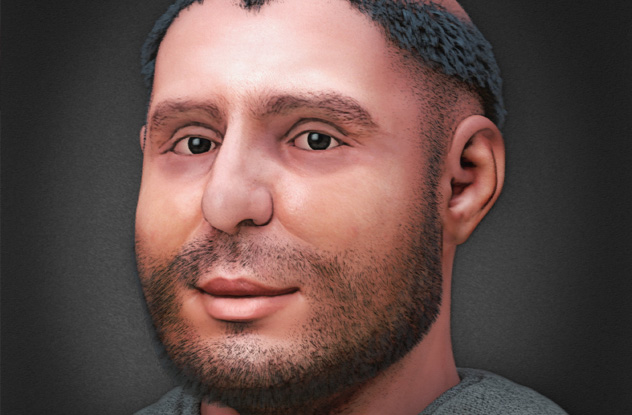 When a Brazilian expert was asked to reconstruct the appearance of an ancient person, all he was told was that the skull belonged to a 36-year-old man. The face was that of an ordinary-looking male, perhaps somebody easily forgotten when passed on the street. Only afterward did the expert find out that he had helped millions of believers to gaze upon the real face of Saint Anthony.

Born in 1195, St. Anthony became a monk at 15 when he joined the Augustinians. Two remarkable events mark the career of this great saint, one in life and the other in death. While alive, he personally met with the famous St. Francis of Assisi, and the second was how fast he was canonized. The second fastest in history, St. Anthony was sainted merely a year after he died at a convent in 1231.

+The Face Of God 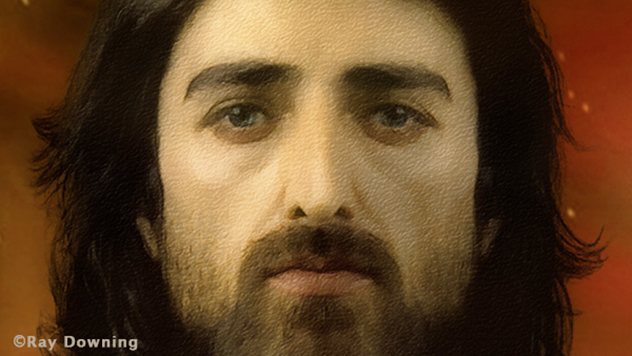 The most explosive headline in human history would be the announcement that the skull of Jesus Christ has been found. Unfortunately, there is no sign of it. Unfolding the next best thing, researchers studied the Turin Shroud. Whether it’s a clever artistic fraud or a real miracle, one cannot resist looking into what could very well be the face of Christ.

Employing sketch artist expertise and computer graphics, specialists recreated both the body and the face of the man-print on the Shroud. The results matched the historical portrayals of Jesus. Even if the 3-D pictures are a little rough-edged, they are believed to be the most accurate Turin reconstruction.

Pictured here is Ray Downing’s final illustration of the Man in the Shroud. Downing was the artist who created the reconstruction for the History Channel. Whether you believe this is the face of God or not, it is certainly quite an accomplishment to take a reverse image from an ancient cloth and turn it into a virtually-photographic quality reproduction.