Ancient Rome holds a mythic place in our imaginations. It’s the land of historical epics like Ben-Hur and Gladiator, where men in golden armor ride chariots and emperors are fed grapes in reclining chairs.

Real life in Rome, though, was quite a bit less glamorous. In a time before modern sanitation and medicine, getting through an average day was a difficult task—and far more disgusting than you could ever imagine.

10 People Washed Their Mouths Out With Urine 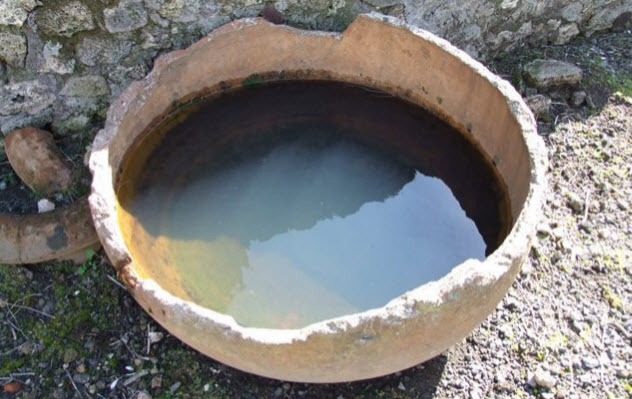 In ancient Rome, pee was such big business that the government had special taxes in place just for urine sales. There were people who made their living just from collecting urine. Some would gather it at public urinals. Others went door-to-door with a big vat and asked people to fill it up.

The ways they used it are the last ones you’d expect. For example, they’d clean their clothes in pee. Workers would fill a tub full of clothing and pee, and then one poor soul would be sent in to stomp all over the clothing to wash it out.

Which is nothing compared to how they cleaned their teeth. In some areas, people used urine as a mouthwash, which they claimed kept their teeth shining white. In fact, there’s a Roman poem that survives today in which a poet mocks his clean-toothed enemy by saying, “The fact that your teeth are so polished just shows you’re the more full of piss.”

9 You Shared a Sponge After Pooping 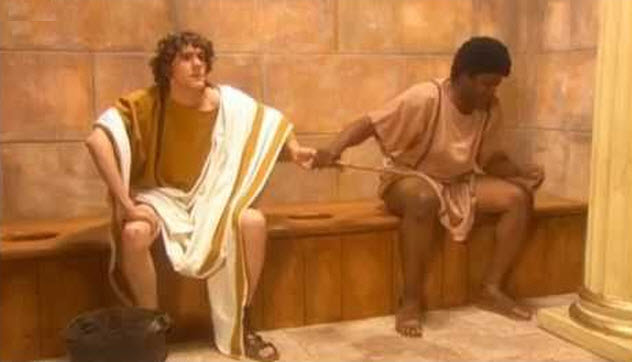 Rome has been praised for its advances in plumbing. Their cities had public toilets and full sewage systems, something that later societies wouldn’t share for centuries. That might sound like a tragic loss of an advanced technology, but as it turns out, there was a pretty good reason nobody else used Roman plumbing.

The public toilets were disgusting. Archaeologists believe they were rarely, if ever, cleaned because they have been found to be filled with parasites. In fact, Romans going to the bathroom would carry special combs designed to shave out lice.

The worst part came when you finished. Each public toilet, which was shared with dozens of other people, would have a single sponge on a stick that you used to wipe yourself. The sponge would never get cleaned—and you shared it with everybody else there. 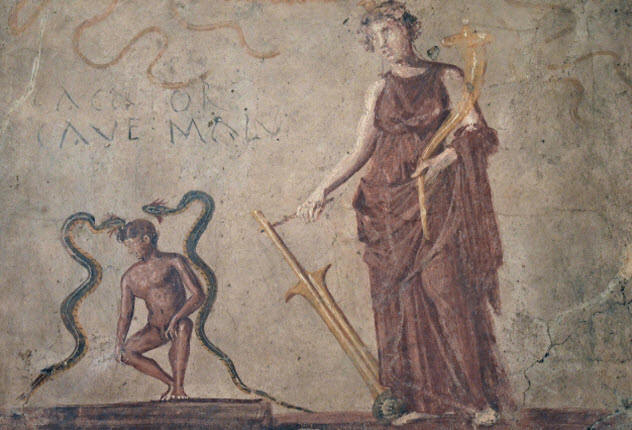 When you entered a Roman toilet, there was a very real risk you would die.

The first problem was that creatures living in the sewage system would crawl up and bite people while they did their business. Worse than that, though, was the methane buildup—which sometimes got so bad that it would ignite and explode underneath you.

Toilets were so dangerous that people resorted to magic to try to stay alive. Magical spells meant to keep demons at bay have been found on the walls of bathrooms. Some, though, came pre-equipped with statues of Fortuna, the goddess of luck, guarding them. People would pray to Fortuna before stepping inside.

7 Gladiator Blood Was Used As Medicine 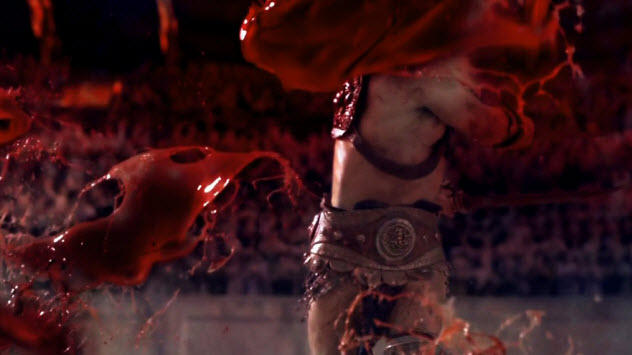 Roman medicine also had its fair share of eccentricities.

Several Roman authors report people gathering the blood of dead gladiators and selling it as a medicine. The Romans apparently believed that gladiator blood had the power to cure epilepsy and would drink it as a cure. And that was just the civilized approach—others would pull out the gladiators’ livers and eat them raw.

This was so popular that when Rome banned gladiatorial combat, people kept the treatment going by drinking the blood of decapitated prisoners. Strangely, some Roman physicians actually report that this treatment worked. They claim to have seen people who drank human blood recover from their epileptic fits.

6 Women Rubbed Dead Skin Cells Of Gladiators On Their Faces 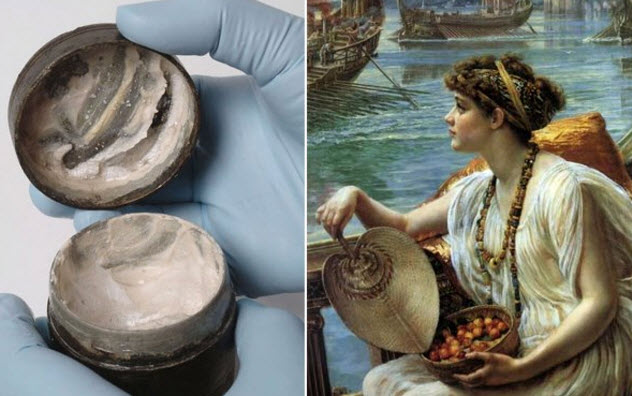 Photo credit: Abroad In The Yard

The gladiators who lost became medicine for epileptics while the winners became aphrodisiacs. In Roman times, soap was hard to come by, so athletes cleaned themselves by covering their bodies in oil and scraping the dead skin cells off with a tool called a strigil.

Usually, the dead skin cells were just discarded—but not if you were a gladiator. Their sweat and skin scrapings were put into a bottle and sold to women as an aphrodisiac. Often, this was worked into a facial cream. Women would rub the cream all over their faces, hoping the dead skin cells of a gladiator would make them irresistible to men.

5 Pompeii Was Filled With Obscene Art 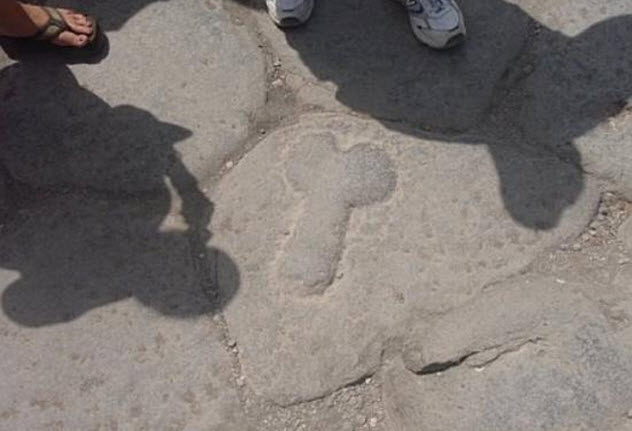 The volcanic eruption that buried Pompeii left it wonderfully preserved for archaeologists. When they got their first look at it, though, the archaeologists found things that were so obscene that they hid them from public view.

On top of that, the town was filled with prostitutes, which gave even the street tiles their own special little touch of obscenity. To this day, you can walk through Pompeii and see a sight Romans would enjoy every day—a penis carved into the road with the tip pointing the way to the nearest brothel.

4 Dangerous Places Had Drawings Of Penises For Good Luck 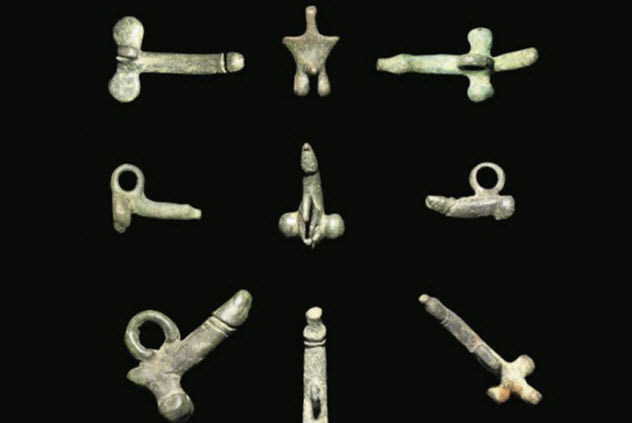 Penises were pretty popular in Rome. They didn’t share our skittishness toward the male member. Instead, they displayed them proudly. Sometimes, they even wore them around their necks.

It was a fairly common Roman fashion choice for boys to walk around wearing copper penises on necklaces. This was about more than looking good. According to Roman writings, these would “prevent harm from coming” to the people who wore them.

They didn’t stop there, either. Good luck penises were also drawn on dangerous places to keep travelers safe. Sharp curves and rickety bridges in Rome often had a penis drawn on them to grant good luck to every passerby. 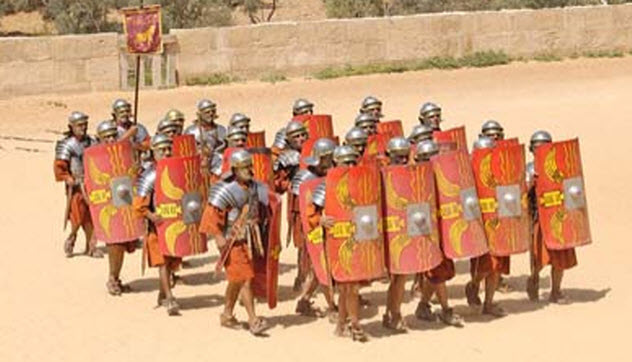 Rome holds the unique distinction of recording the first mooning in history. Flavius Josephus, a Jewish priest, wrote the first description of a mooning while describing a riot in Jerusalem.

During Passover, Roman soldiers were sent to stand outside of Jerusalem to keep watch in case the people revolted. They were meant to keep the peace, but one soldier did a little bit more. In Josephus’s own words, the soldier lifted “up the back of his garments, turned his face away, and with his bottom to them, crouched in a shameless way and released at them a foul-smelling sound where they were offering sacrifice.”

The Jews were furious. First, they demanded that the soldier be punished, and then they started hurtling rocks at the Roman soldiers. Soon a full-on riot broke out in Jerusalem—and a gesture that would live on for thousands of years was born.

2 Romans Vomited So They Could Keep Eating 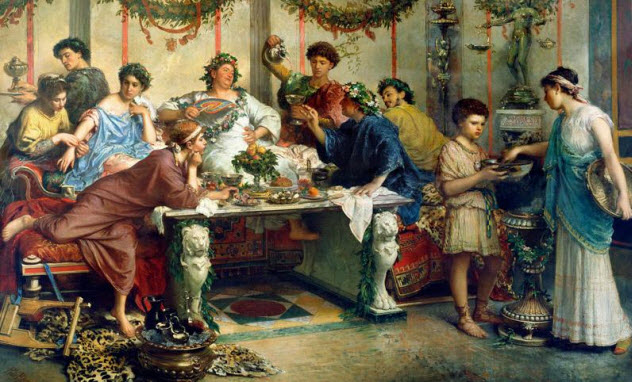 Romans took excess to new levels. According to Seneca, Romans at banquets would eat until they couldn’t anymore—and then vomit so that they could keep eating.

Some people threw up into bowls that they kept around the table, but others didn’t let themselves get so caught up in the formalities. In some homes, people would just throw up right there on the floor and go back to eating.

The slaves are the people you really need to feel sorry for, though. Their jobs were terrible. In the words of Seneca: “When we recline at a banquet, one [slave] wipes up the spittle; another, situated beneath, collects the leavings [vomit] of the drunks.”

1 Charioteers Drank An Energy Drink Made Of Goat Dung 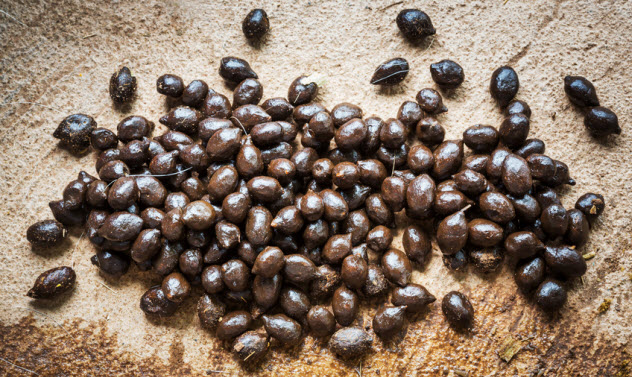 Romans didn’t have Band-Aids, so they found another way to patch up wounds. According to Pliny the Elder, people in Rome patched up their scrapes and wounds with goat dung. Pliny wrote that the best goat dung was collected during the spring and dried but that fresh goat dung would do the trick “in an emergency.”

That’s an attractive image, but it’s hardly the worst way Romans used goat dung. Charioteers drank it for energy. They either boiled goat dung in vinegar or ground it into a power and mixed it into their drinks. They drank it for a little boost when they were exhausted.

This wasn’t even a poor man’s solution. According to Pliny, nobody loved to drink goat dung more than Emperor Nero himself.