The bestiari were a group of men in Ancient Rome tasked with fighting exotic dangerous animals for the delight of crowds. Most history books tend to gloss over the more gruesome details of what such fights entailed. For example, history books rarely tell you about . . . 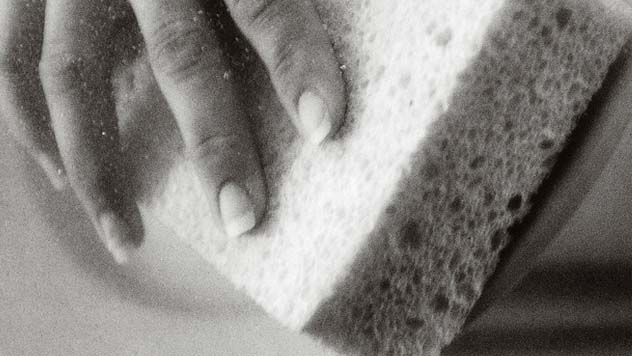 Some people who fought against animals in the Colosseum were well-trained men and thought of it as a career. A great deal of them, however, were unarmed criminals or prisoners of war who were thrown to the animals with virtually nothing to defend themselves.

As you can imagine, such a fate was terrifying for even the most hardened of men. Many prisoners killed themselves with whatever they had on hand rather than risk being killed by whichever strange beasts lined up for the morning show.

For example, one German prisoner killed himself by forcing a sponge down his own throat. And not just any sponge—this was a lavatory sponge that inmates used to wipe their anuses. Other stories involve prisoners making murder suicide pacts with each other, like the 29 Saxon prisoners who all fatally strangled one other to avoid death in the arena. How the last one alive managed to kill himself isn’t recorded, but considering “choking on a sponge of human excrement” was an option, we’re guessing it wasn’t pretty.

9The Fighting Killed Off Whole Species 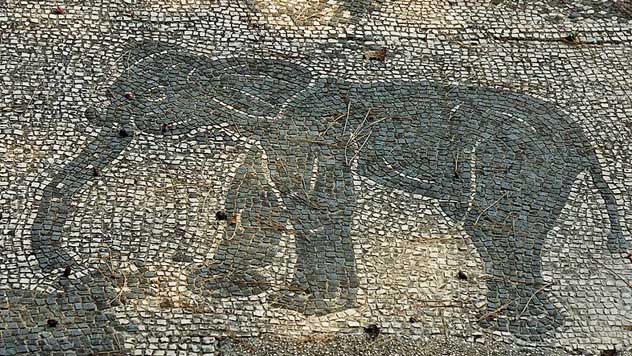 The sheer quantity of slaughter in the Colosseum saw the number of lions, jaguars, and tigers plummet across the globe. According to some, Roman hunting absolutely “devastated the wildlife of North Africa and the entire Mediterranean region,” wiping some species of animal off the map entirely.

For example, after one particularly brutal set of games in which 9,000 animals were slaughtered, the hippo disappeared from the river Nile. Creatures like the North African elephant, which was also commonly used as a war elephant during the time, were wiped of the face of the Earth completely. 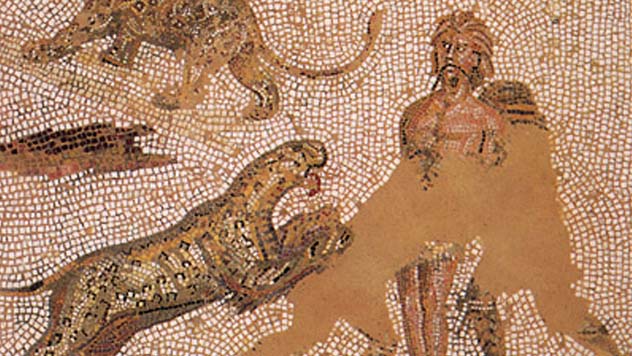 Because the majority of bestiari were prisoners of war or other such undesirables, they were almost always ill-equipped for the task of slaughtering a rampaging wild animal. In the highly unlikely event a bestiari actually managed to kill the animal he was forced to fight, another would almost certainly be let loose before he’d even finished celebrating.

The ancient Greek philosopher Strabo once described the plight of a particularly unlucky bestiari who was first sentenced to be killed by a boar. When the boar accidentally fatally gored its handler, leaving the guards no choice but to kill it, a wild bear was brought in to the arena instead to kill the prisoner. In an unbelievable stroke of luck, the bear then refused to leave its cage, once again leaving the prisoner alive and the guards with the frustrating task of killing the bear. Not ones to be deterred, the Romans finally brought into the arena a caged leopard, which happily tore out the bestiari’s throat.

Some people just don’t have any luck, do they?

7 Commodus And The Ostriches 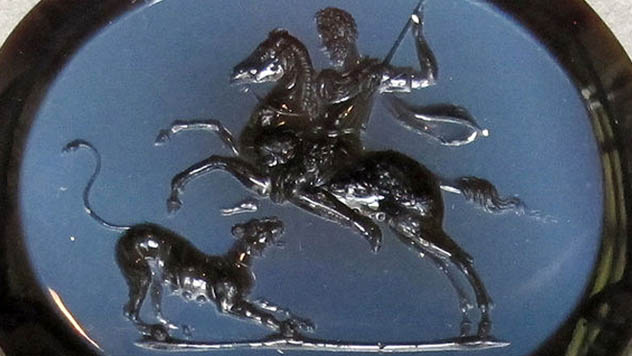 Emperor Commodus (played by Joaquin Phoenix in Gladiator) took great pleasure in slaughtering animals and people in the arena. He enjoyed it so much that in one day alone, he reportedly killed more than 100 bears. Though we don’t know exactly how Commodus managed such a feat, scholars agree he probably just stabbed them while they stood tethered and helpless.

Though such actions paint Commodus as a poor fighter, he was reportedly a crack shot with the bow, which he liked to prove by decapitating ostriches in full sprint with crescent-shaped arrows. Commodus would then brandish or even throw the decapitated heads at members of the crowd or his own senate, either as a warning or a sign of his madness. 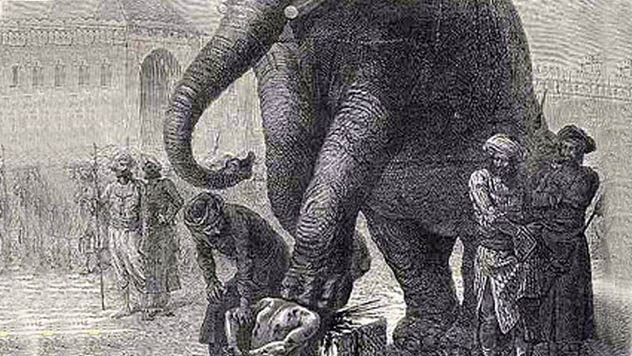 Damnatio ad bestias (“condemnation by wild beasts”) was the act of condemning criminals to death by animal attack in the arena. Unlike the betiarii, who stood at least a small chance at defending themselves, those condemned via damnatio ad bestias were either defenseless, tied to the spot, or just naked and armed with a wooden weapon.

The very first case of damnatio ad bestias in Roman history occurred when Aemilius Paullus sentenced a group of army deserters to death in 167 BC. To make it interesting, he ordered them crushed to death by a horde of elephants. The spectacle proved so popular that death by animals became a part of everyday life for the Romans—literally. Every morning, a Roman citizen could go to the arena to watch such executions take place before an afternoon of actual gladiatorial combat. 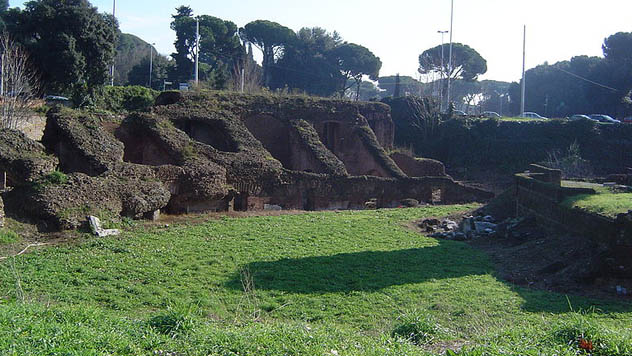 The killing of animals was usually left to trained professionals or unarmed prisoners. But on rare occasions, the general public got the chance to kill rare and exotic animals for their own enjoyment.

Emperor Probus turned one of the most famous chariot racetracks in Rome, the Circus Maximus, into an actual forest around 280 AD. Into this forest, he released hundreds, if not thousands, of ibexes, sheep, ostriches, and other beasts.

After the forest had been suitably filled with hapless herbivores, the public was then permitted to enter and hunt animals for fun. As a bonus, they could keep anything they killed. The following day, Probus had 400 lions and 300 bears stabbed to death, because the public apparently still wasn’t satisfied with all the free ostrich meat they’d received the day before.

4 Orpheus Against The Bears 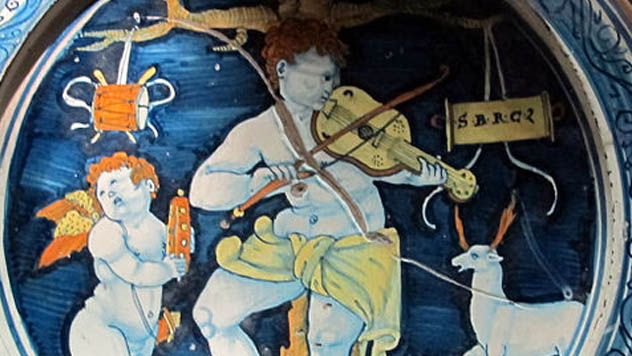 According to legend, the hero Orpheus was a musician of such skill that he could charm all living things with nothing more than a lyre. The Romans loved this legend and tried to recreate it many, many times. They’d dress a condemned criminal up like Orpheus, give him a lyre, and then throw him into an arena full of angry bears, normally ones that had been starved or beaten.

Sometimes, though, the Romans would put a further twist on the myth and crucify the man playing Orpheus before exposing him to the bear. Mostly, however, the Romans were a little more sporting and the criminal was free to defend himself with the lyre he’d been given. This went about as well as you’d expect. Then again, it could have been worse . . . 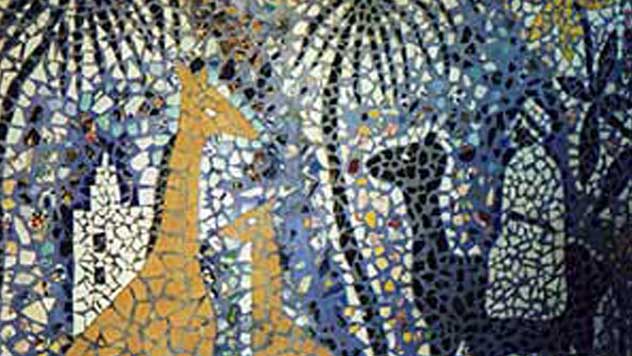 Besides the bestiari, arena competitors included better-trained, voluntary fighters called “venatores.” Carpophorus is likely the most famous of them all. He once killed 20 wild beasts in a single day, straight-up strangling some of them to death.

However, Carpophorus had another talent that we want to discuss today. Along with being an expert killer of animals, he was also a rather skilled trainer of them. Carpophorus trained multiple animals, including giraffes, to rape women. To accomplish this, Carpophorus would wait for female animals to be in heat so he could collect samples from them to arouse the male of the species. Carpophorus would then rub these samples against slaves or homeless women he’d tempted to the arena. According to one account, “Carpophorus used up several women before he got the animals properly trained.”

The reasoning behind such madness was, like with the sad case of prisoners forced to dress as Orpheus, to reenact Greek or Roman myths. In particular, these involved Zeus, who liked to take the form of various animals before having his way with women.

One story involves a woman accused of poisoning five being raped by a jackass, before Carpophorus ended the ordeal by releasing wild animals into the arena to ease her suffering. 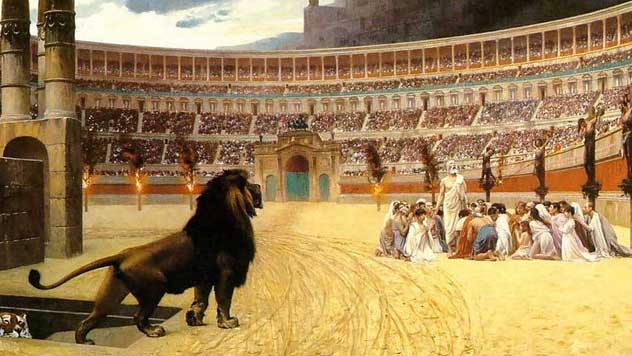 If you hadn’t already guessed by now, the Romans didn’t exactly take good care of the animals they intended to fight or kill. Most animals, to save on the cost of housing and feeding them, would be killed outright after each games, since, well, replacements were easy to come by. However, exceptions existed.

According to the famed Roman philosopher Cicero, one lion in the arena killed an astounding 200 men before it was finally slain. Other notable animals include the group of 18 elephants who stormed the crowd in an escape attempt. The elephants were originally to be killed by a group of men armed with darts, but they smashed through the fence separating them from the crowd. To stop this from ever happening again, the Romans placed a large trench between the arena and the crowd for future events.

1 No Animals Had To Die 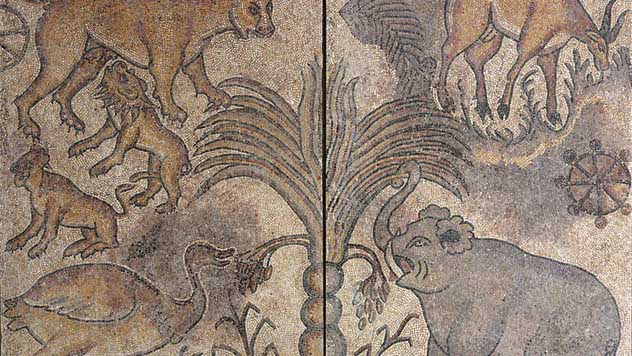 Perhaps the most cruel aspect of all is that the animals brought to the arena never really needed to be killed. We don’t mean that killing animals for sport is wrong—the Romans had little patience for that argument. We mean that the animals proved perfectly capable of entertaining the crowds while staying alive.

For example, trained elephants who danced, bowed, and did other tricks delighted the crowds. In fact, elephants were noted as being one of the only creatures the crowds didn’t like to see being killed. Writers of the era note that spectators would boo upon seeing elephants killed, thinking them smart and gentle creatures.

Other stories tell of the crowd being in awe of just seeing crocodiles sit in a ditch full of water. That’s it—no one stabbed them, and they didn’t fight anything. People were happy just to look at them, as though in a zoo. Another time, a crowd of thousands once sat and laughed their heads off at the sight of a bunch of leopards running in a straight line.

The crowd was literally just as happy to see the animals run in a circle or sit and do nothing, but the Romana decided to kill them anyway to spice things up.

Karl loves him some history and has been writing an ongoing series about ass-kicking athletes, found here. He also has a Twitter account, because of course he does.