Right now, the phrase “Middle East” is pretty much synonymous with “gigantic clusterf—k.” But how did things get to be so monumentally bad? How did a region once famed for its tolerance, wisdom, and learning turn into one famed for bloodshed, mayhem, and chaos? To figure that out, we need to delve into the region’s history. In AD 632, things must have been looking pretty rosy for Islam. The outcast sect had swept through Mecca, uniting the entire Arabian peninsula. Muhammad’s clan was strong, they had God on their side, and there were fresh lands for conquering.

Then Muhammad died without naming an heir, and everything went to hell.

Between all his conquering and religion-founding, Muhammad hadn’t found time to father a son. This meant that no one knew who took over when he died. Many of his followers thought his father-in-law, Abu Bakr, should be the first caliph. A smaller, separate bunch thought his cousin Ali ibn Abi Talib should be the first Imam. From that minor disagreement arose the sectarian split that’s been haunting the region ever since—the divide between Sunnis (team Abu) and Shia (team Ali). 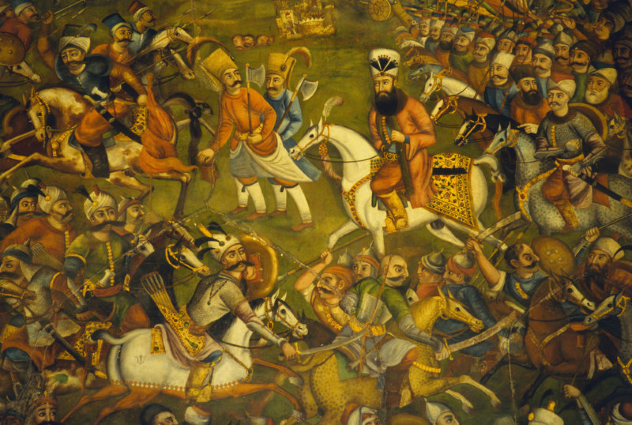 Despite their differences, the two teams rubbed along fine at first. After three Sunni-chosen caliphs, Team Abu even agreed to make Shia Ali their fourth caliph. Everyone was happy.

Then Ali died, and his son took over. Deciding that one Shia caliph was enough, the Sunnis deposed him. That event set the course for the next 1,400 years of history.

The Shia created their own hierarchy, recognizing imams descended from Ali instead of caliphs. Sometimes, these two systems got along, but when they didn’t, the Shia suffered. During the 16th century, the Ottomans mass executed 40,000 Shia. Later, the Indian Mughal emperors would burn Shia scholars alive. Later still, British colonialists would hire Sunni militias to hunt Shia rebels in Iraq.

Naturally, this led to simmering resentments. As history shows, such resentments have a tendency to eventually boil over.

8 Saudi Arabia’s Deal With The Devil 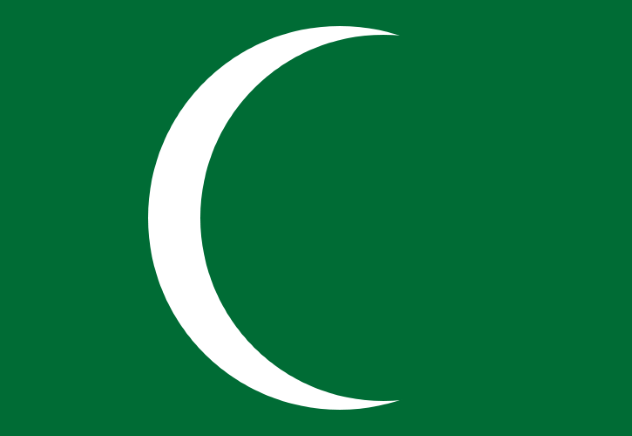 While these problems were ticking over, an 18th-century Islamic reformist named Ibn Abd al-Wahhab was getting mad.

At the time, Sunni Islam had a big list of stuff you couldn’t do (like worshiping images) that the Shia nonetheless did. Wahhab thought the restrictions should be even stricter and that those who broke them were apostates. That meant the Quran sanctioned their killing.

Wahhabism caught on big time in the Sunni world, so much so that the House of Saud decided to make an alliance with its preachers. In return for their endorsement of the fledgling Saud state, the House of Saud would promote the Wahhabists and shower them with funds.

The pact worked; the House of Saud became rulers of the powerful Saudi Arabia. But it also left them in hock to a dangerous, ultraconservative ideology. It wouldn’t be long before their alliance came back to haunt them. 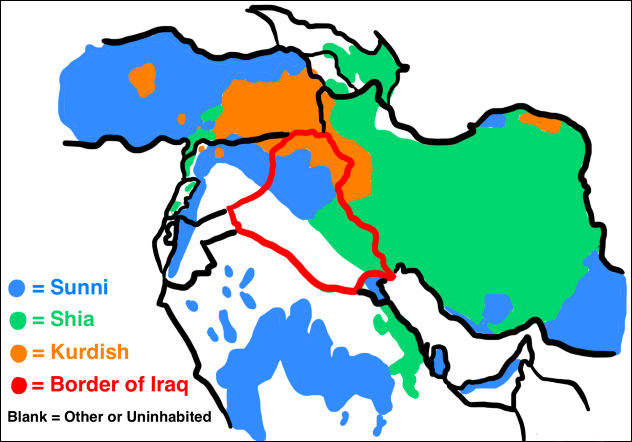 Photo credit: Wait But Why

For centuries, the Sunni Ottoman Empire was the beast of the Middle East. A superpower that styled itself as a continuation of the Caliphate, it was the glue holding the Middle East together.

Then World War I hit.

If the Great War was bad for Europe, it was a calamity for the Ottomans. Their empire disappeared overnight. The Allied powers divided it up into new nations by drawing a series of lines on a map. From the dust of Turkish rule, Syria, Iraq, and other modern nations arose.

The trouble was that these nations were made up of peoples with not much in common. Shias and Sunnis were thrown together and told to play nice. Kurds, Christians, Yazidis, and others were spread thinly between states. Essentially, a whole bunch of mini-Yugoslavias had just been created. And like Yugoslavia, it only worked so long as there was prosperity and no stoking of ethnic tensions.

6 Iran Gets The CIA Treatment 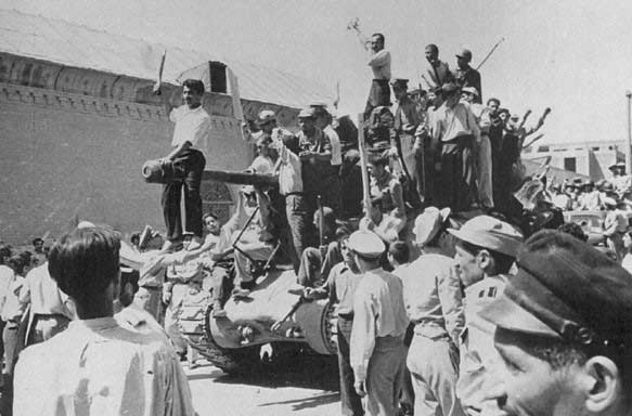 As all this was going on, there still remained one final player waiting in the wings. In 1941, Iran’s pro-Hitler shah was deposed by Allied forces. This led to a brief flirtation with democracy that would have ramifications for those ethnic tensions we just mentioned.

Although the Allies were happy to see the Iranians trying out democracy, they didn’t like who they democratically elected. Mohammad Mosaddegh was a secular, pro-democracy anti-Islamist who just happened to be a Marxist. As such, he nationalized the British-connected Anglo-Persian Oil Company. The Brits went running to the Americans, who orchestrated a coup to remove Mosaddegh and replace him with the shah’s son.

The new shah was just as corrupt and dictatorial as his daddy. Realizing that democracy had just gotten them more oppression, Iran’s masses began to look for alternative methods of revolution. They found them in the county’s marginalized hard-line Shia preachers. Back in Saudi Arabia, the House of Saud was in a worrying bind.

By the 1970s, Wahhabism had gotten very extreme. Its anti-Shia, pro-jihad ideology was attracting hate preachers who poured bile across the Middle East, stoking up Sunni-Shia tensions. It was from these teachings that Al-Qaeda would eventually emerge.

Unfortunately, the internal politics of Saudi Arabia had become so tense that pulling the plug on Wahhabism was impossible. The clerics would’ve whipped up a revolution. So the royal family kept quietly funding this poison, exporting Wahhabism to an ever bigger audience.

Like Chinese water torture, this constant drip-drip of hate was slowly taking effect. The Saudis were spending literally billions of dollars pushing an ultra-extreme version of Islam on Sunnis in Lebanon, Jordan, Syria, and Bahrain—and people were listening. Suddenly, Sunnis and Shia were beginning to look at one another with a whole lot of distrust.

4 Iran Gets Its Revolution 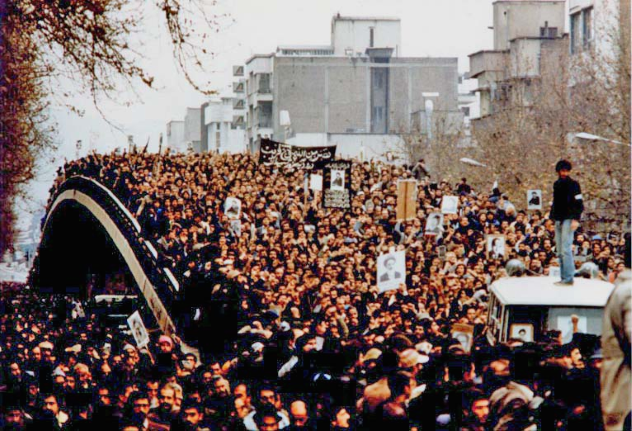 January 7, 1978, marked the moment that all these little streams began to converge into one big, roaring river. It was the start of the Iranian Revolution, a revolution which would see the shah flee, the Ayatollah Khomeini take his place, and the establishment of a hard-line Shia theocracy. It was also the moment that Sunni Saudi Arabia went into panic mode.

The revolution challenged the Saud state’s very being. The Ayatollah explicitly argued that hereditary kingship was against Islam. He also declared postrevolutionary Iran to represent all Muslims, something Saudi Arabia already claimed about itself. Those old seventh-century problems about Sunni/Shia legitimacy were resurfacing again.

Over the following decades, both countries began to deliberately play on those issues to legitimize their own rule. Saudi Arabia fed the Wahhabists even more money to preach the evils of Shia Islam. Iran tried to foment a Shia uprising against Saudi Arabia’s ruling Sunni clique. Each interference brought the temperature ever closer to boiling point. 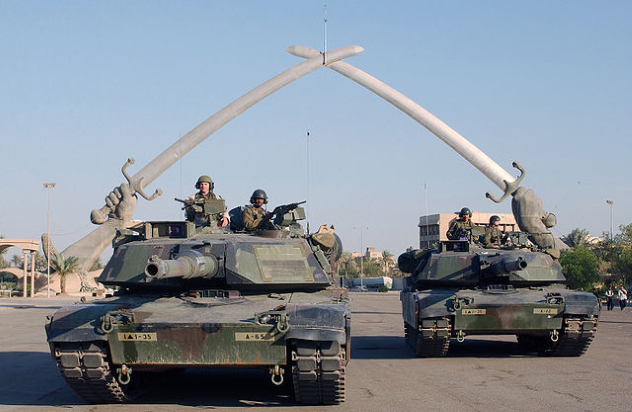 Throughout the Iranian-Saudi rivalry, there was one wild card keeping everyone in check: Both sides regarded Saddam Hussein as an existential threat. The Iraqi dictator’s wild temper and obvious insanity scared everyone and counterintuitively helped to stabilize the region. Like two fighters caged up with a rabid dog, neither side wanted to make the first move and risk being bitten.

Saddam’s death removed the last check on Iran and Saudi Arabia’s power games. Worse, it encouraged the two regional superpowers to try to fill the power vacuum in Iraq. Saudi Arabia sided with Saddam’s deposed Sunni allies, arming them against the new Shia government. Iran, meanwhile, backed Iraq’s new Shia rulers as they went on a bloody rampage against the Sunnis who had ruled them for so long.

One group to benefit from this chaos were Sunni jihadists Al-Qaeda in Iraq. They would eventually become famous under another name—ISIS. With no Saddam and Iraq in flames, Iran and Saudi Arabia began to extend their power games across the region. In Lebanon, Bahrain, and Yemen, both backed their Shia or Sunni allies against the other. Propaganda was pumped into conflict-free countries through mosques and outlets like PressTV. Suddenly, the old divide between Sunni and Shia was at the forefront of Middle Eastern life once again.

As new sectarian conflicts erupted across the region, it became harder and harder for Sunnis and Shia elsewhere not to take sides. In the same way that the Irish Troubles stirred Protestant and Catholic rivalries in the UK, these conflicts magnified the ancient schism and made it seem a matter of life and death.

Then, the Arab Spring exploded. As dictators toppled, wars erupted, and old certainties fell, Iran and Saudi Arabia began to fight for control of the emerging new order. Their struggle would eventually come to a head in Syria. 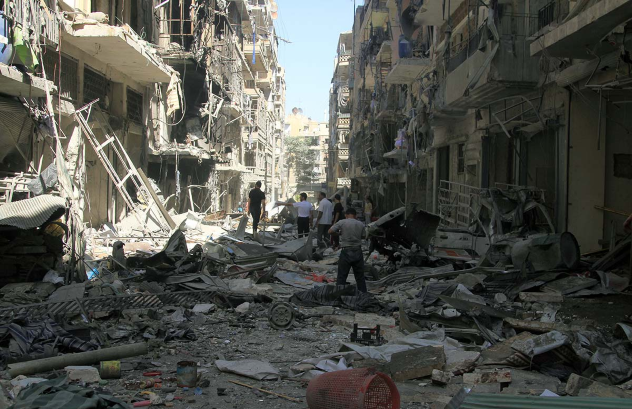 By 2011, the old sectarian rivalries had been brought to boiling point. Battle-hardened jihadists were preparing for an apocalyptic war. Two regional superpowers were willing to destroy everything in a deadly game of chicken.

It was like everything had been leading up to this. Saudi Arabia saw a chance to remove Assad, the Iran-friendly Shia dictator. Iran felt it couldn’t let Saudi Arabia establish a Sunni client state on its doorstep. When Assad gassed his own people and the West did nothing, many Sunnis saw it as confirmation that the US and Europe were siding with Shia Iran. Primed by decades of apocalyptic Wahhabist preaching, they went to fight, joining and empowering groups like ISIS.

The result is a region that is now more divided than it has been for centuries—a mess of factional alliances, dangerous power games, and two big beasts carelessly using an ancient schism to boost their agendas. Until the dust clears and a winner is eventually declared, it’s likely that the Middle East will remain completely screwed up.