Gods are generally thought of as eternal, existing before the universe or being the first things to spring from the chaos. That is not a view shared by everyone, however. Throughout history, humans like us (though perhaps with slightly larger egos) have been raised to the status of gods. Here are 10 people who have been deified. 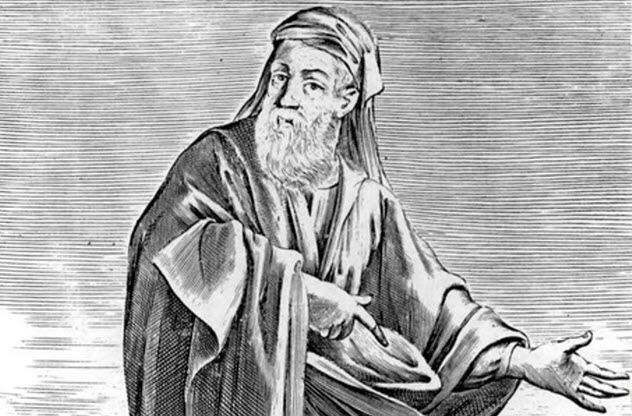 Empedocles the philosopher was a protoscientist and doctor who lived in Greece in the fifth century. By all accounts, he was a snappy dresser and something of a braggart. “All hail! I go about among you an immortal god, no more a mortal.”

He used his knowledge to help others while increasing his own fame. One account says he raised a woman from the dead. At a feast to celebrate this miracle, all the guests fell asleep. In the morning, Empedocles was missing.

The servants said they had heard a loud voice calling the philosopher away. Thereafter, sacrifices were offered to him as a god. Other accounts have him worshiped for stopping a plague by bringing freshwater to a city.

In the most famous tale of his apotheosis (the act of becoming a god), he slipped away to make others think he had become a god after healing the sick (not dead) woman. Climbing the volcano Etna, he hurled himself into the crater and was burned up.

He would have gotten away with the charade if not for his showy bronze slippers. One of them was later spewed out of the lava and Empedocles’s fate was revealed. Or at least that of his footwear was. 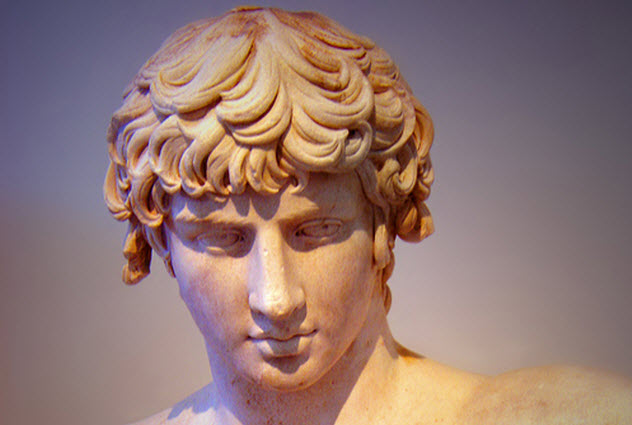 In the Roman Empire, it was common for emperors to be raised to god status after their deaths. Mothers, wives, and children of emperors also became gods on occasion. Emperor Hadrian, however, made his young male lover, Antinous, into an object of veneration.

The two were inseparable. Even though some homosexual acts were not considered shameful, it was deeply unusual to flaunt such a strong emotional bond. It was a scandal, but the emperor was too powerful for gossip to harm him.

In AD 130, Antinous drowned in the Nile under suspicious circumstances. Was he murdered? Did he commit suicide? Was he sacrificed to bring the emperor good health?

Whatever happened that day, the emperor was devastated. He erected a city called Antinopolis on the site of his lover’s death. Shrines were set up to Antinous throughout the empire. 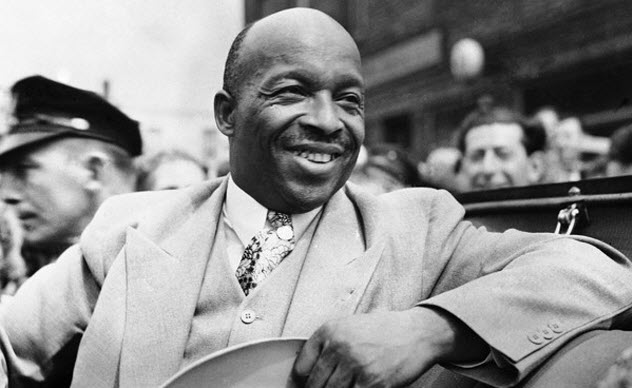 Father M.J. (“Major Jealous”) Divine was born around 1880. Founding an independent Christian church in the 1920s, he preached to a mostly African-American flock. When his white neighbors objected to his meetings, he was thrown in jail. Two days after sentencing, the judge in the case dropped dead. When asked about it, Father Divine said, “I hated to do it.”

The case and his “divine retribution” brought him fame, and his followers accepted him as god on Earth. During the Great Depression, his Peace Missions opened across the country to feed people who would have otherwise gone hungry. He also preached an end to racial segregation and is now recognized as an early Civil Rights campaigner despite his unorthodox views on his own divinity. 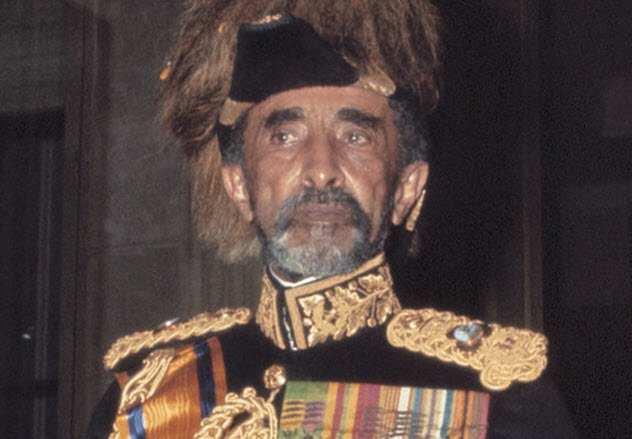 Haile Selassie was the 225th—and last—emperor of Ethiopia. He is also known as Ras Tafari, the incarnation of god and messiah in the Rastafarian faith. Although he gave Ethiopia a constitution which declared the emperor to be sacred, it was a prophecy from across the ocean that made him a divine figure.

Marcus Garvey campaigned for black rights in Jamaica. He also preached Pan-Africanism and said, “Look to Africa when a black king shall be crowned, for the day of deliverance is near.” This was taken as a prophecy. When Haile Selassie was crowned in 1930, it looked as if deliverance was at hand.

In 1934, Italy invaded Ethiopia, and in 1936, Selassie went into exile. Garvey denounced him for abandoning his country, but Rastafarians took little notice. The emperor returned to Ethiopia in 1941.

In 1966, Selassie visited Jamaica and was greeted by thousands of Rastafarians at the airport. Defying expectations, he did not deny his divine status and he remains central to the Rastafarian faith. 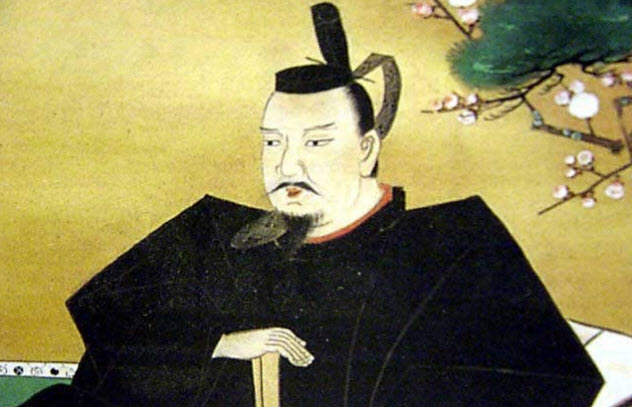 In the years that followed, those who had plotted against the scholar died mysteriously and the capital suffered floods and fire, plagues and drought. These were linked to the vengeful spirit of Sugawara no Michizane.

To placate his ghost, he was posthumously reinstated to high office and later raised to the status of deity in the Shinto religion. Now known as Tenjin, he is the god of learning and scholarship. 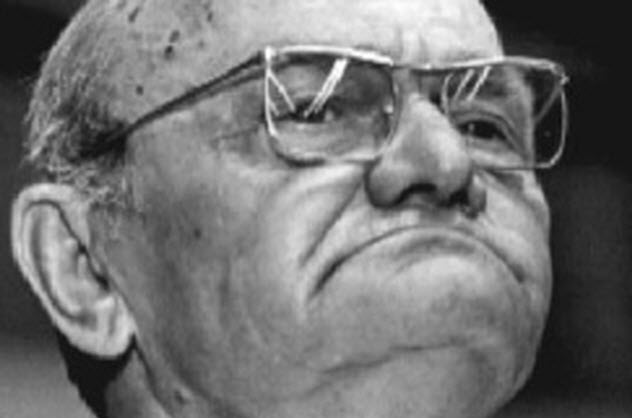 Louwrens Voorthuijzen was a Dutch fisherman who would become known as Lou de Palingboer (“Lou the eel seller”) and, he claimed, the embodiment of God. Apparently, he came to this conclusion at age 29, shortly after meeting an ambitious girlfriend.

As the sect grew, Lou’s girlfriend became a “Figure of Love.” Lou the god remained the focus of the group. He claimed he was immortal and had the ability to heal the sick. This led to legal troubles when a 14-month-old child of a disciple died because he did not receive medical care.

God died in 1968 in Belgium. Despite this, several people still keep their faith in Lou and maintain a website to bring his teachings to the world. 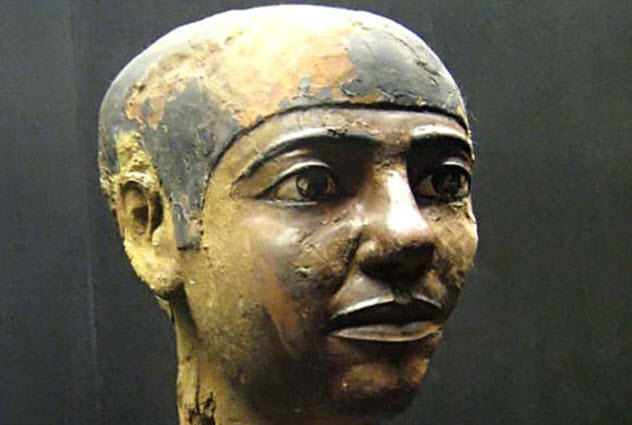 The oldest standing monument of cut stone is the stepped pyramid of the Pharaoh Djoser. While the pharaohs of Egypt were seen as gods, it was the architect of this tomb who would become a famous deity. Imhotep was the pharaoh’s chief adviser and wise man at court, called on to fill many roles. Born a commoner, his lasting gift to the world was the pyramid, which has come to represent an entire civilization.

Within 100 years of Imhotep’s death, he was seen as a demigod with powers in the realm of medicine. Imhotep would only achieve full godhead 2,000 years later under the Persian Empire. In the Greco-Roman world, his temples along the Nile could be found filled with people praying for his aid. 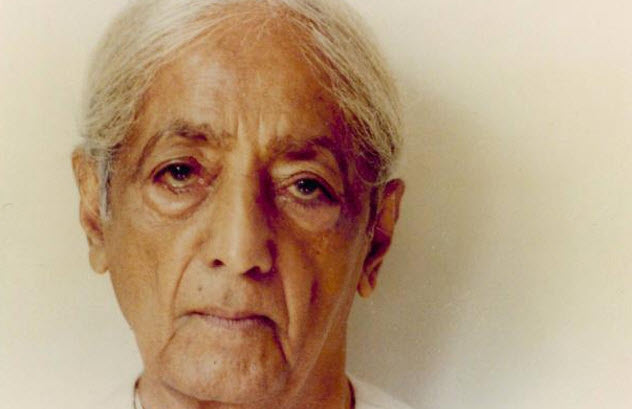 Theosophy was a mystical philosophy popular in the 19th and early 20th centuries. Some Theosophists came to believe that a spiritual entity called the Maitreya (“World Teacher”) would come to lead the world into a new age. In 1911, one Theosophist thought he had found him.

As a young man, Jiddu Krishnamurti was prone to daydreaming and experienced mystical visions of dead relatives. The Theosophists removed him from his family in India and brought him to the West to educate him in the ways which would allow him to change the world.

Unfortunately, the Maitreya did not come to believe in Theosophy and left the movement in 1930. He continued to teach his own philosophy but not to claim he was a god. 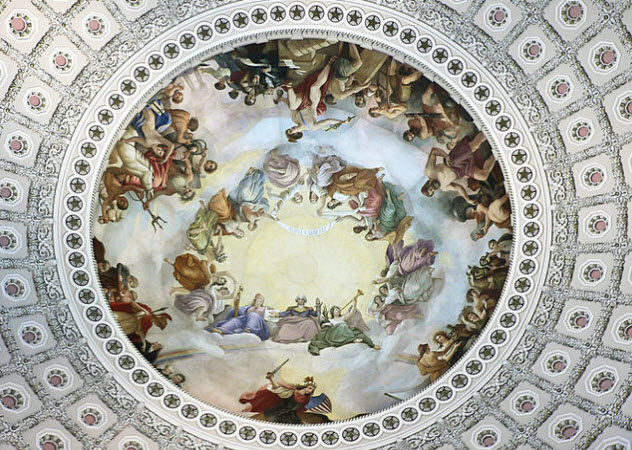 Americans have a deep respect for their president, but it is not usually seen as a type of worship. George Washington generally stands above his peers as the first president and the person who shaped early America.

If you go to the Capitol in Washington, DC, you will be able to look up at the dome and see the great man’s face. This painting is called the Apotheosis of Washington (pictured). In the painting, Washington is shown flying up to Heaven.

As well as this symbolic representation of Washington as a god, he is also worshiped as a kami (“deity”) in some forms of Hawaiian Shinto. 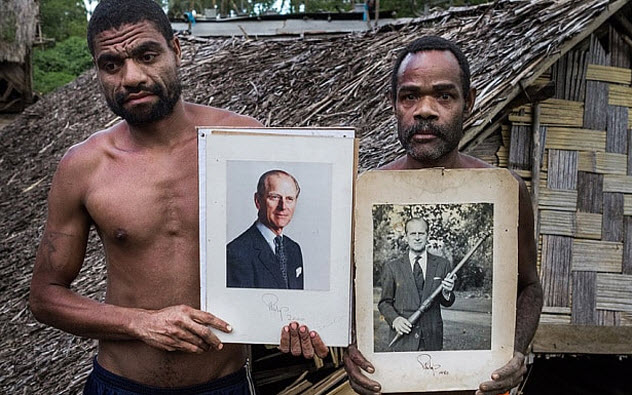 Most people know Prince Philip as the forthright and outspoken consort of the British queen. Fewer people know that he is a god. On the island of Tanna, a tale was told of the son of a mountain god who traveled across the ocean in search of a powerful wife. This adventurous spirit was supposed to have pale skin. When the villagers heard of Prince Philip, who did cross the sea from his home to marry one of the most powerful women in the world, they came to view him as a god.

Throughout the South Pacific, “cargo cults” (belief systems) have sprung up from the contact of Europeans with the native inhabitants of the islands. By performing certain acts, they believe that more contact—and more cargo—will come to them. The worship of Prince Philip is just one form that cargo cults have taken. The followers of the Prince Philip Movement still have hopes that he will come to live among them.