The short story is an oft-overlooked yet vital form. The ability to flesh out characters and situations within a relatively small number of pages requires great skill, which is why most successful novelists continue to work in the form, if only as a kind of exercise.

Many of those who have truly mastered the short story, however, seem to work within a specific genre- horror. Since it’s approaching our favorite time of year, here are some collections that serve up perfect bite-size chunks of terror, from some of the genre’s greatest authors.

10An Occurrence at Owl Creek Bridge and Other Stories
Ambrose Bierce 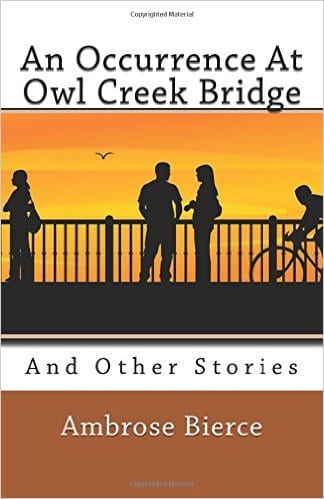 Ambrose Bierce was best known as a satirist and journalist in his lifetime, but was dedicated to the short story form throughout. His works tended to focus on the horrors of war and absurdities of death, and this collection presents some of his darker pieces.

The highlight is surely the story that gives the volume its title. “An Occurrence at Owl Creek Bridge” is a masterpiece of the form, and was famously adapted into a short film in 1963 by a French production company. It found an American audience as the only outside production to air on the seminal anthology series The Twilight Zone, and became one of its most well-known episodes. 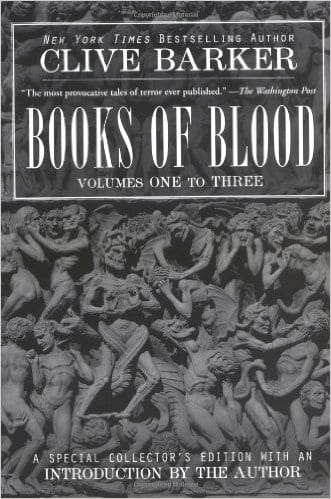 British author Clive Barker made a name for himself quickly as a literate and skillful purveyor of shockingly visceral, gut-wrenching horror stories. Books of Blood, the first volume of which was published in 1984, made him famous practically overnight and the first three volumes still contain some of his most memorable work.

Barker is probably best-known today for creating the Hellraiser film franchise, with the first entry being based on his novella The Hellbound Heart. It was an endorsement by the following author, however, which helped launch his career. 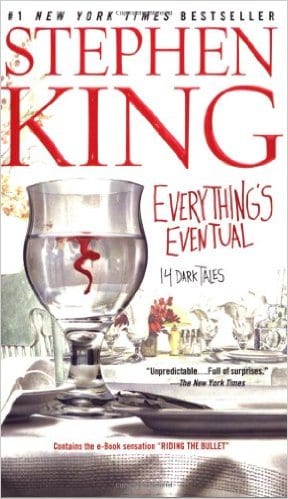 Stephen King needs no introduction, and his many collections of short stories are among his most accessible yet utterly twisted work. This 2002 collection is among his most solid, and contains several stories that are nothing short of masterful.

One of the scariest stories in King’s entire oeuvre, “1408” was adapted into a surprisingly good film in 2007; “The Little Sisters of Eluria” is an excellent standalone work set in King’s Dark Tower universe. But “In The Deathroom” is one of his most tense and brutal works- one of the most gripping and shocking short stories you will ever read.

7Alone With The Horrors
Ramsey Campbell 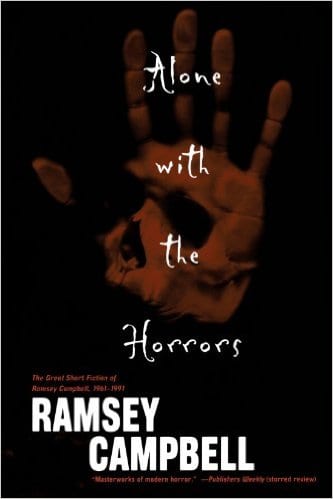 Perhaps under-appreciated in America, British author Ramsey Campbell has been writing for over 50 years and is regarded by critics as one of the finest horror authors of all time. His work influenced authors like Barker and King, and many consider his influence to be equal to that of H.P. Lovecraft.

This collection represents the very best examples of his work within the first 30 years of his writings, as selected by the author himself. You’re sure to recognize this master’s stamp on the works of many others.

6The White People and Other Weird Stories
Arthur Machen 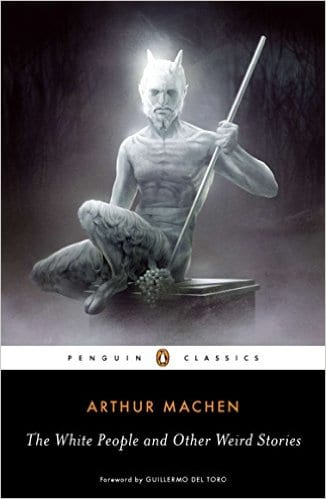 To reach even further back towards the origins of modern horror, however, one would arrive at Arthur Machen. Most of his work was published in the 1890s and early 1900s, and could be considered the genesis of modern horror fiction.

Stephen King has called Machen’s short novel “The Great God Pan” perhaps the finest English-language horror story ever written. This collection of disorienting and creepy shorts serves as a fine introduction to his work. 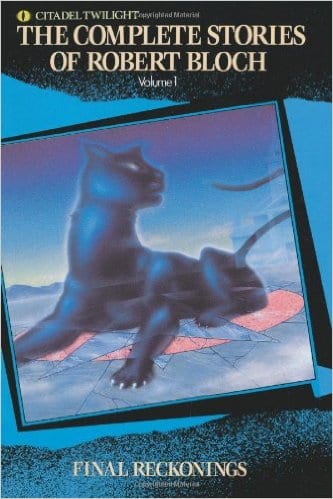 Before the advent of Barker and King, Robert Bloch was one of two authors known as the premier purveyors of American horror. His most famous novel, “Psycho”, was of course adapted into one of the most terrifying films of all time, and his influence still looms large today.

This first volume of his collected short works is an examination of the deepest of human fears through the lens of monsters- in the words of the author’s foreword, “Some of the monsters are human, some are not– but all of them embody, in one way or another, the fears common to us in our dreams.” Some of the stories in this volume haven’t been seen the light of day since their first publications, making this a must-have volume. 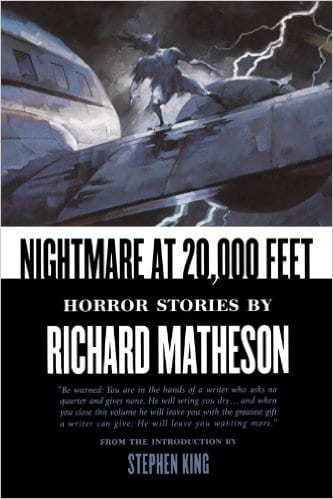 Bloch’s only real contemporary, Richard Matheson was a master of the terrifying and bizarre. His most famous novels, such as “I Am Legend” and “The Incredible Shrinking Man” have become iconic and have had a supremely obvious influence on virtually every author working in the genre (King in particular).

These stories showcase Matheson’s breathlessly efficient style, each one a gripping and page-turning read. The titular story was, of course, adapted by Matheson himself into another of the most famous episodes of The Twilight Zone, to which he contributed a number of classic teleplays. 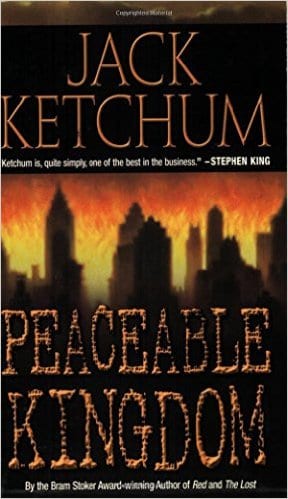 Jack Ketchum is one of the more acclaimed horror authors of the last couple decades, having won four Bram Stoker awards among many more industry honors. No less an authority that Stephen King is a big fan, and this 2003 collection is a fantastic and varied introduction to his work.

A prolific author, Ketchum has published dozens of novels- many of which have been adapted into feature films, such as The Girl Next Door (2007) and The Woman (2011). 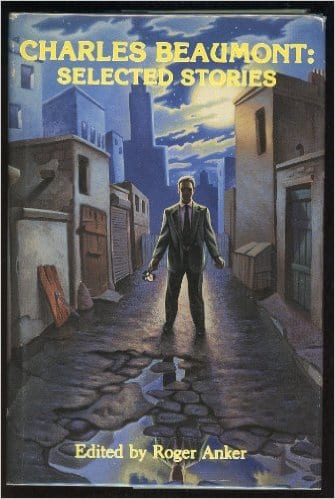 Though his name will be familiar to a few, Charles Beaumont has unfortunately faded into semi-obscurity as an author. His untimely death at 38 from early-onset Alzheimer’s disease was a major factor, but as this collection reveals, his work was a towering influence on the modern horror genre.

Beaumont was a regular contributor to The Twilight Zone alongside Matheson, and likewise produced some of its most memorable episodes including “The Howling Man”, “Printer’s Devil”, and “Number Twelve Looks Just Like You.” The 30 stories in this collection are prefaced by such luminaries as Bloch, Ray Bradbury and Harlan Ellison. 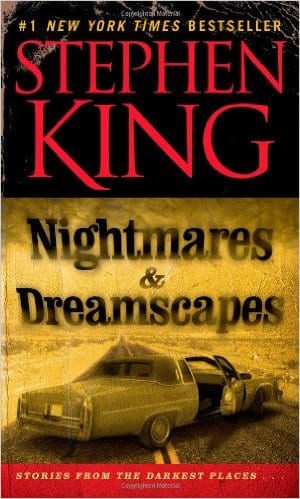 Finally, the Master must make one more appearance. While all of King’s short story collections are brilliant, this 1993 tome contains much of his flat-out scariest work. From the mounting insanity of “Dolan’s Cadillac”, to the horrifying bleakness of “Suffer The Little Children”, to the monster-movie frights of “Popsy”- King is in top form throughout.

If you value your sleep, though, you may want to skip “Crouch End”- perhaps the most nightmarish and frightening story he was ever written, which is really saying something. Don’t say we didn’t warn you. We did. In print.