People love to keep memorabilia that reminds them of sweet moments or helps them relive places they visited once upon a time. But while it’s human nature to become attached to objects, some people take it a little too far by building big collections that make them more than simple collectors. They take pride in their rare findings, and for those lucky enough to see them, they’re quite a sight. Whether they’re organized in rooms, boxes, and even large fields, personal collections can be as valuable as museum exhibits for those that create and adore them. If you are curious about strange personal collections, here’s a top ten list that will blow your mind.

10 Do Not Disturb Signs 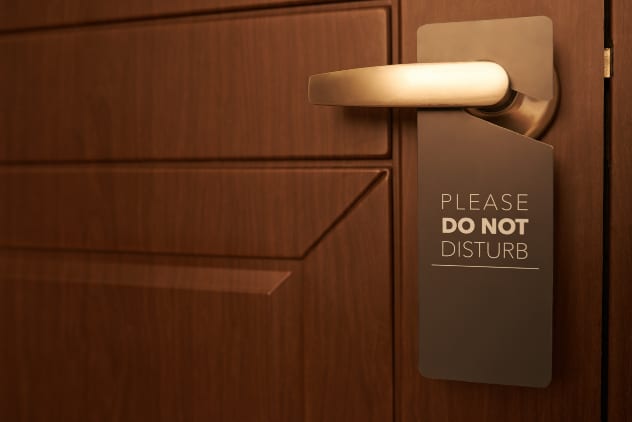 The Do Not Disturb sign is popular in hotels and motels where guests use them to tell visitors or cleaners that they don’t need any interruptions. But did you know that one man from Germany became famous for his impressive collection of 11,570 Do Not Disturb signs?

Wherever you go, these signs guide people to maintain privacy and respect. Rainer Weichert is probably the only man on earth who recognizes the value of these signs. His weird obsession with Do Not Disturb signs made him a world record holder in 2014. Since 1990, Rainer has traveled to 188 countries. And on each of his trips, he collected signs of all shapes and designs.

From modern signs in English to sign language, Rainer’s collection offers great insights into world culture. Some of the most interesting signs in his collection include a wooden statue from a Bali beach resort, a 1936 piece from the Berlin Olympic Village, and a 1910 sign from the Canadian General Brock Hotel.

How big is your favorite chair at home? From the United States, Barbara Hartsfield has the largest collection of miniature chairs in the world, with no one to sit on them! In 2008, Barbara had about 3,000 chairs that she had collected over 10 years, an impressive achievement that made her a Guinness World Record Holder.

But once you know the story behind the chairs, it’s clear that Barbara had a good reason for getting into her passion. Working as a psychiatric nurse, Barbara had to write nursing articles. To get herself into the “writing zone,” she decided to purchase a small chair and a little doll to help her focus. While shopping for her miniature chair, she saw other collections, and in no time, it became a hobby.

In 2009, Barbara opened the Collectible & Antique Chair Gallery, a museum that featured her impressive collection. People travel from all over America to see her tiny functional chairs designed as lamps, clocks, salt shakers, and cookie jars. Who knew a strange hobby like that could turn into a business? 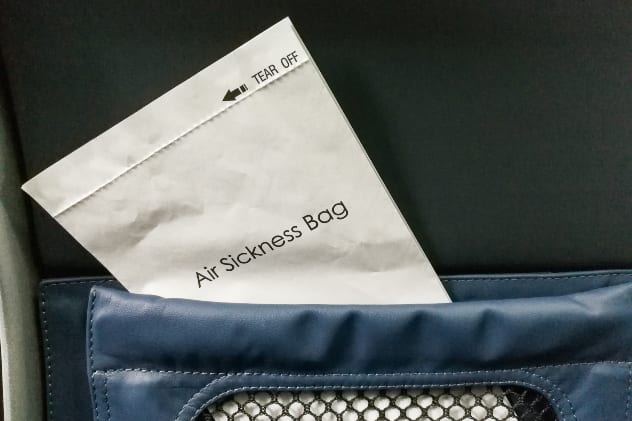 For most of us, airplane travel is the best opportunity to check out pictures of scenic landscapes or connect with strangers. But for Niek Vermeulen from the Netherlands, traveling can also be an opportunity to collect airsickness bags!

Niek Vermeulen’s passion for collecting barf bags was born when he made a bet with a friend to see who would collect the most. Since 1986, when Niek set out to build the greatest collection of airsickness bags, his collection grew exponentially, and 26 years later, he set a world record. In 2012, Niek Vermeulen won the bet when he made it into the Guinness Book with 6,290 barf bags collected from 1,191 airlines in at least 200 countries.

Niek’s favorite bag from the collection is a bag that spent 16 days in space while on board the NASA space shuttle, Columbia. For Niek, his sickness bags are more than waste disposables since they carry memories of both good and bad traveling experiences.

Hamburgers are classic, not because they have everything you want on one bite, but because they’re the most versatile meals on the planet. While it’s hard to gauge who loves this meal the most, Harry Sperl, a.k.a. Hamburger Harry, might be hamburger’s number one fan.

Hamburger Harry’s love for hamburger paraphernalia started when he was looking for props to sell a vintage drive-in tray. Purchasing plastic hamburgers that he felt might make the tray look more appealing, Harry felt that they looked incredible, and for the next 26 years, he would do it for fun. In 2014, the Guinness Book recognized Harry Sperl’s collection of hamburger-related objects, featuring 3,724 items.

Among his collection, Harry has multiple collectibles that include a customized burger Harley Davidson and a hamburger waterbed. In the future, Harry hopes to expand his collection by opening a museum that will be shaped like a double bacon cheeseburger. 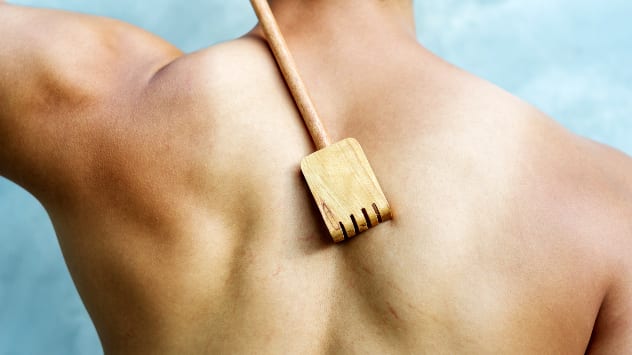 Ever felt a little itch on your back and wished you could reach scratch it off as quickly as possible? Well, Manfred S. Rothstein can help you kick that itch with one of his 675 back scratchers from 71 countries.

Manfred Rothstein — a professional dermatologist — developed a fascination for backscratchers when he received a demo plastic scratcher from Atarax just as he was headed for his residency. Since then, Rothstein began to collect scratchers of all ilk on his travels. Later, Manfred even began receiving donations from patients, friends, and donors that learned of his unique obsession.

Some varieties of his back scratchers include an alligator claw, hand-carved rib bones, and kangaroo paws. These backscratchers all have one thing in common; they soothe the hard-to-reach places. Manfred believes that the key to having a big collection is having a unique collection that no one can beat. Despite his success, he has no plans of quitting any time soon. 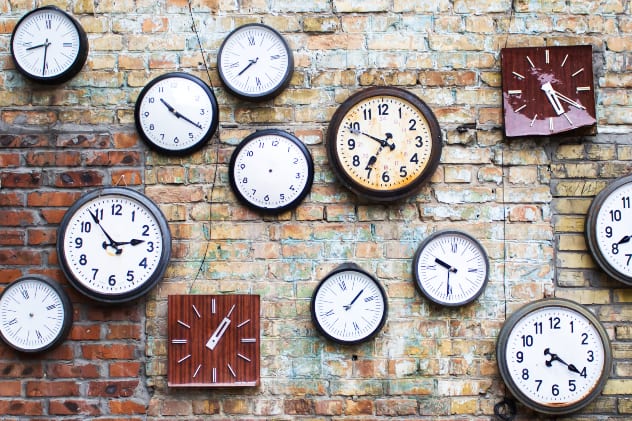 Do you ever find yourself staring at the clock at the end of a long day? Jack Schoff from the United States is a man obsessed with time. On his wall, he has the largest collection of clocks in the world. Jack, who started collecting clocks in 2003, made the Guinness World Book of Records in 2010, registering 1,509 functional clocks.

Jack Schoff, who worked as a Naval Shipyard pipefitter, started collecting clocks when health issues forced him to stay home. Back then, he felt that taking apart clocks and putting them back together was a good way to keep himself busy.

Jack’s little distraction turned into an obsessive hobby as he visited yard sales to buy clocks. Even neighbors chipped into his hobby by leaving clocks at his front door, helping him create one of the world’s biggest collections.  If Jack Schoff is ever late to an appointment, it won’t be because he didn’t know what time it was.

There’s no doubt that a slice of pizza loaded with toppings is good for both hunger and the soul. But while most of us throw away the pizza boxes after finishing a meal, Scott Wiener from Brooklyn prefers to keep them in his apartment. In 2013, Scott held the world record for his collection of 595 pizza boxes.

But how do you begin collecting pizza boxes as a hobby? On a 2008 trip to Israel, Scott Wiener saw the most artistic pizza box he’d ever seen. It was then that he realized that pizza boxes could be interesting.

Since then, Scott has collected unique pizza boxes from around the world. With help from family, friends, and fans, he grew his collection, one box at a time. Recognizing his celebrity status, Scott even published a book, “Viva La Pizza! The Art of the Pizza Box,” to share his amazing collection with the world. With over 1,500 boxes and counting, Scott loans his boxes to museums and exhibits to share the love of pizza.

Many parents keep a little lock of their child’s hair after their first haircut as a memento. Keeping a few small strands is normal, but for John Reznikoff, collecting celebrity hair is even more exciting and valuable.

John Reznikoff has one of the weirdest hobbies on the planet as a collector of hair locks snipped from earth’s most famous heads. Now a world record holder, John has owned shaggy keepsakes from Elvis Presley, Beethoven, Abraham Lincoln, John F. Kennedy, and even Marilyn Monroe.

The hair collection, which is now insured for $1 million, is John Renzikoff’s pride and joy since they tell important stories about the past. While hair collection seems strange today, it was the equivalent of owning an autograph and a true status symbol several decades ago. Which celebrity’s hair would you pay to keep?

Traffic cones, also known as safety cones, are important markers that direct road users and redirect traffic at every corner. But in the UK, one man, David Morgan, ignores all the road signs with a traffic cone collection that he swears warms his heart. With 500 traffic cones of all shapes, colors, and sizes, Morgan is one of the most captivating characters you’ll ever meet.

The passion for collecting cones started in 1986. Working for Oxford Plastic Systems,David Morgan was investigating a rival cone company’s claim. While searching for proof that Oxford’s cone was a new design and not a copy of the rival’s product, Morgan fell in love with the marker signs. Since then, he would collect the safety products everywhere he went, adding to his growing collection.

After having 500 cones, you would think Morgan is satisfied with his collection since he has two-thirds of all types ever made! Yet, Morgan is still looking for a rare five-sided cone from Manchester that would make his compilation complete. As far as strange collections go, cones are a winner obsession.

The dinosaur is one gigantic museum exhibit that always stands out. While museum collectors prefer to display dinosaur bones, George Frandsen took the study a little further by collecting fossilized poop!

Bragging ownership to at least 5,000 specimens of coprolite, the fancy name for ancient poop, George is a world record holder.

But how did George Frandsen get hooked on his poop passion?  When he was a young freshman, Frandsen visited a fossil shop in Utah and found an especially impressive specimen. After buying it, Frandsen developed a unique interest in coprolites, collecting different sizes, from tiny specks to samples weighing over 4 pounds!

Today, coprolites are important for scientists since they provide important clues about what the animals ate when they roamed the earth. As a famous collector, Frandsen even lent his collection to the South Florida Museum. It was so popular that it stayed up for over a year. These days, Frandsen runs his online website, Poozeum, which displays nothing but ancient poop!

10 Scientific Explanations For Everything From Demons To Ghosts