At the end of World War II, the death marches, which claimed the lives of countless people, were considered among the worst atrocities. Some were simply done to kill prisoners or to keep them from being freed by the advancing Allies, while some were marched for later use as hostages. Survivors were witness to the cold-blooded murder of family, friends, adults, and children. They lived to tell of some of the darkest days of World War II. 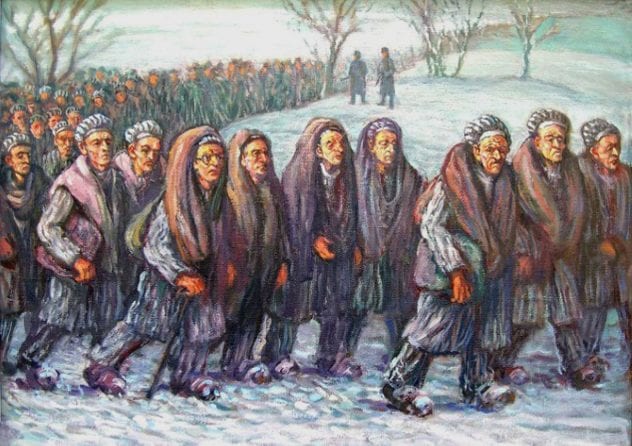 Photo credit: David Friedmann via the University of Minnesota

Before the Holocaust, David Friedmann was one of Berlin’s most important and prolific portrait artists. Although he and his family escaped to Prague in 1938, they were deported to Lodz’s Jewish Ghetto in 1941. Friedmann was ultimately sent to Gleiwitz I and was a part of the death march to Blechhammer. His family died at Auschwitz.

Friedmann and the other prisoners left on January 21, 1945, and marched the 100 kilometers (60 mi) to the next camp. Friedmann wrote of the execution of those too weak to walk and remembers that he was nearly one of those people. Friedmann gave credit to a doctor named Orenstein and two friends for saving his life and getting him to Blechhammer, where they were liberated days later by the Soviets.

After the war, Friedmann continued to paint and immortalized scenes from the concentration camps he was in as well as the death march. 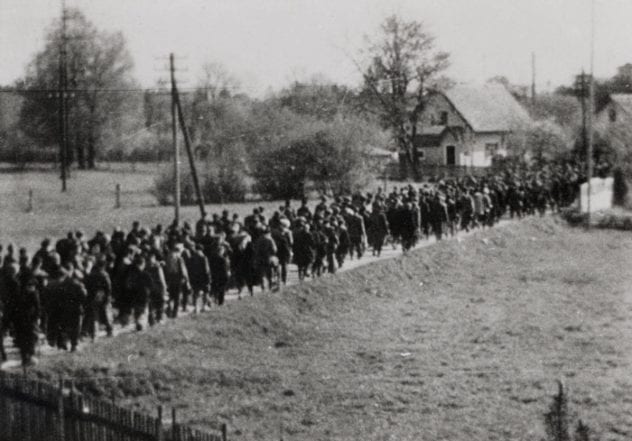 Salvator Moshe was born in Greece, where his family had settled generations before, fleeing persecution by the Spanish Inquisition. Moshe and the other Jewish residents of Salonika were deported to German concentration camps in 1943.

Moshe and his brother-in-law were a part of the 4,000-person death march from the Warsaw Ghetto to Dachau in 1944. The march went on for days. On the third day, they were told to stop alongside a river, where the escorting officers told them they could finally have a drink. As they went to the water, Moshe recalled, “[A] fellow next to me, he was drinking water, but I heard bullets. They shooting. Zzz, zzz, zzz. Coming.”

The officers shot their charges as they kneeled to drink, and when the survivors made it back to the road, he saw another officer shooting those who couldn’t continue. Moshe and his brother-in-law survived and were liberated by US troops outside Seeshaupt. 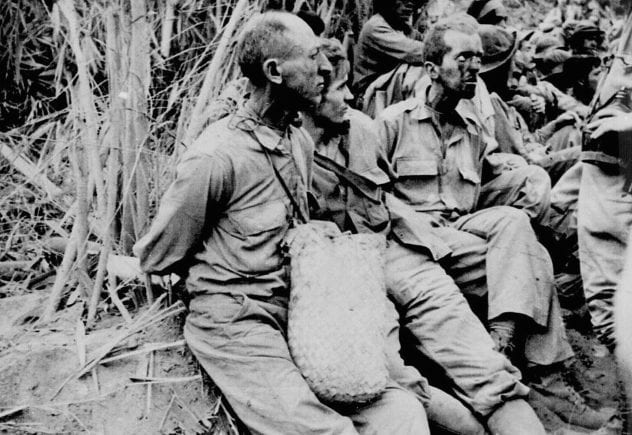 A US fighter pilot, William Dyess was one of the soldiers who survived the Bataan Death March. He escaped in 1943 and made his way back to the States.

Dyess published an account of the horrors he witnessed, starting with the first murder. He described an Air Force captain being searched by a Japanese private, who found a handful of yen. As soon as the private, who Dyess described as a giant, saw the yen, he stepped to the side and beheaded the captain.

Dyess also talked about the so-called “Oriental sun treatment,” where captives were forced to sit in the blazing sun for hours on end, with no protection or water. The marchers were followed by a “clean-up squad” of Japanese soldiers who killed those who fell behind.

Once at San Fernando, Dyess and the other survivors found themselves in conditions so dire that they couldn’t even bring themselves to protest. 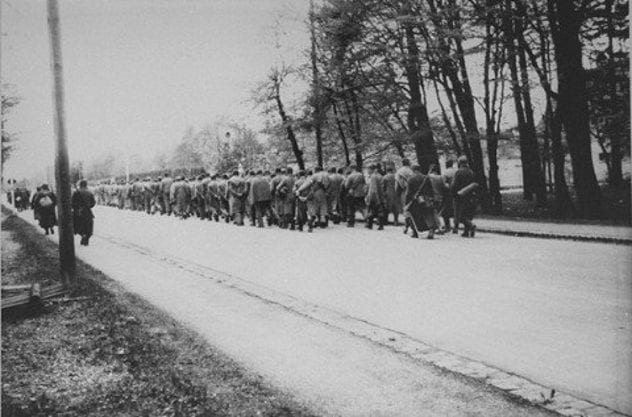 When Soviet forces approached Auschwitz and the surrounding labor camps, those being held there were forced to walk. Eva Gestl Burns was working at an ammunition factory when they were told to start walking, and she later recounted a courageous escape.

The prisoners were clad in winter coats, and each coat was marked with a striped square. The women, many of whom were carrying scissors and thread, were able to remove the striped squares, cover the hole with a piece of plain material from somewhere else on the coat, and then replace the striped piece until they saw their chance for escape.

For Eva and a single companion, that chance came as they were being assembled into rows. When no one was paying attention, they ran, tore the striped fabric off their coats, and ultimately joined a group of German refugees heading to Sudentenland.

In January 1945, prisoners at the Stutthof camp system were herded from their camps. Around 50,000 people were scattered. Around 5,000 were marched to Baltic Sea, ordered into the water, and shot. Others headed into Eastern Germany.

Stanislaw Jaskolski later described the march. He remembered freezing cold temperatures and the small bag of supplies they were handed. It included shirts, long johns, half a loaf of bread, and some margarine. They were given a scattering of blankets that were meant to be shared and were herded onto the road.

As they marched, Jaskolski thought of what they were leaving behind—the gallows, the gas chambers, and the crematorium. They were freezing, he remembered, but he also remembered thinking that they were, at that moment, doing pretty good. 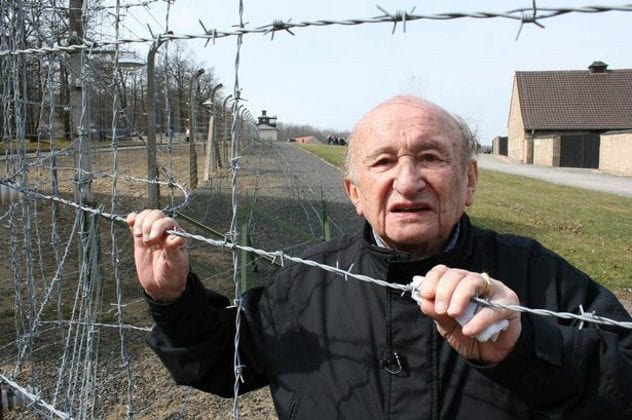 Jack Aizenberg was one of 60 people (out of 600) who survived the 160-kilometer (100 mi) death march from Colditz Castle to the Theresienstadt concentration camp. The 16-year-old boy was already starving, and he marched for a week with no food. Those alongside him were so hungry they were eating grass.

When they stopped to spend the night at a factory, Aizenberg found a single pea. He wanted to boil it over a fire they had started, and he was terrified that someone was going to try to steal it. He cut it into four pieces to make it last longer, and it was the only food he had for the entire march.

Aizenberg made it to Theresienstadt, and he knew he was dying—but he no longer cared. Soviet forces liberated the camp days later, and he would be taken to Britain as part of a resettlement program for the war’s orphans. 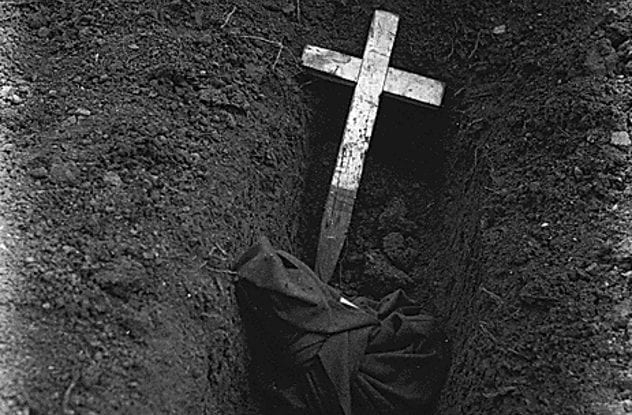 Colonel John Olsen survived the Bataan Death March and the horror that came after it—Camp O’Donnell.

When survivors arrived at the camp, locals were granted permission to give them food. They were also given a welcome speech by a Japanese captain who made it clear that his only regret was that the code of honor to which he had to abide forbade him from killing the prisoners outright.

As personnel adjutant, Olson kept a meticulous record of what went on every day in the camp and would later use his notes to write a book. His journal records things like an increase in daily sugar rations (to 10 grams each) and the daily death toll. He also wrote about the burial detail and how men would volunteer for the task in order to make sure that their friends could at least have a proper burial. 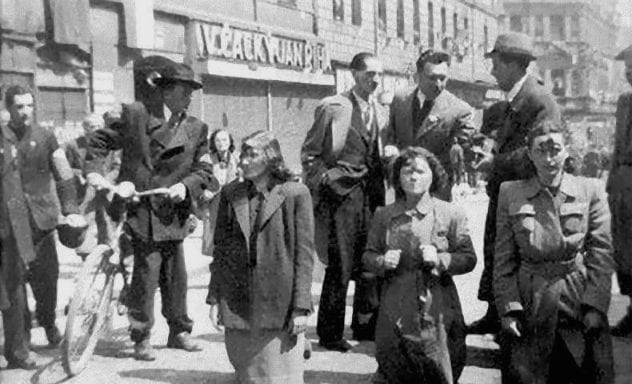 After World War I, around three million ethnic Germans were living in the area that became Czechoslovakia. By the time World War II rolled around, those Germans were no longer considered racially pure and became subject to the wrath of the Third Reich.

Ingeborg Neumeyer was 15 when she and her family were dragged from their apartment on May 31, 1945, and herded into the streets to join what would be known as the Brno death march. Later, she would recall seeing people shot for falling behind as well as her mother’s attempt to make sure her daughter at least had clothing. She was wearing three dresses when they started the march, but when she tried to discard two of the dresses, she was seen. She was beaten bloody, her clothes were taken, and her shoes were thrown away. 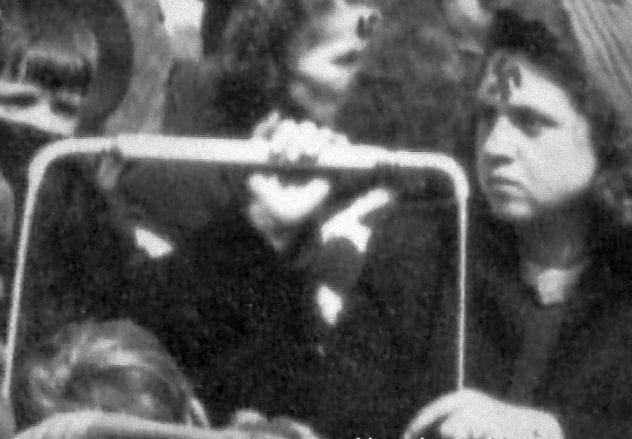 Marie Ranzenhoferova was 24 years old when she walked from Brno to the Austrian border. She was offered the chance to stay by a would-be suitor who promised that if she and her baby went to live with him, she would be safe. She refused, and he would later force her at gunpoint to join the march.

Marie talked about families forced to leave homes they had been in for generations, dropping priceless family heirlooms as they walked, unable to carry them anymore. She remembered being supervised by guards from concentration camps, who were nowhere near as cruel as the men from the Zbrojovka arms factory. Those men were violent drunks, and she remembered one grabbing a baby from a woman’s arms and throwing it into a field because it would not stop crying.

When they reached the border, Marie left the march, and around 700 people followed her into the village of Perna. She stayed there for a while and eventually moved to Mikulov. 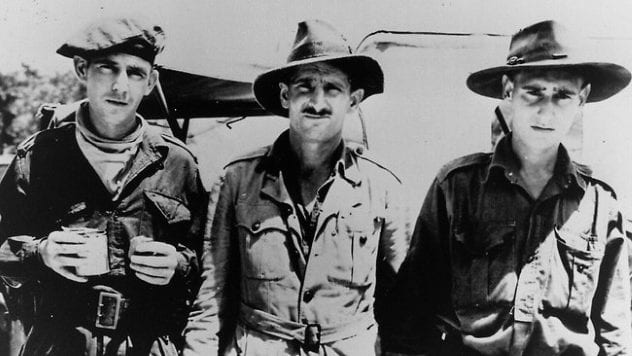 Photo via the Herald Sun

Keith Botterill (pictured above on the right) is one of only six people who survived the Sandakan death march. He and the other survivors only lived because they were able to escape their Japanese captors on the march from Sandakan Camp.

Botterill would later remember the camp itself as decent enough for the first 12 months they were there. As the war dragged on, the beatings and starvation got worse. As he and his companions planned for their escape, they were caught stealing rice in preparation. Botterill’s friend, Richie Murray, stepped forward and confessed to the theft. He was bayoneted.

After their escape, another companion, weakened by dysentery, slit his own throat to keep from slowing them down. The other survivors were Owen Campbell, Nelson Short (pictured left above), Bill Moxham, Bill Sticpewech (pictured center above), and James Richard Braithwaite. All Australian, they had been warned to escape by a sympathetic Japanese officer who knew about an upcoming slaughter.

Botterill died in 1997, just after the completion of a book about the remarkable story of the Sandakan Six. 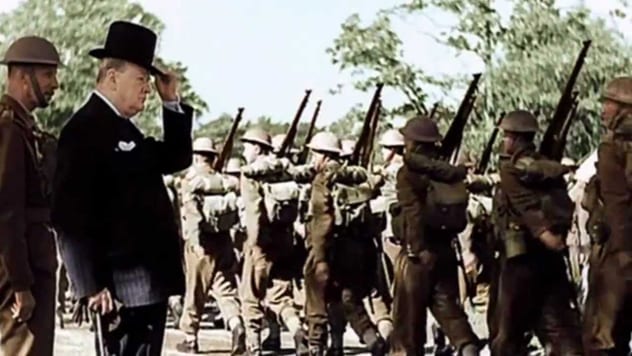 Here is a small selection of lists from the archives based around World War II.