When virtual reality (VR) was introduced in the 1980s, the technology was still in its infancy. Early VR games were disappointing experiences, and few other industries saw immediate potential in the emerging technology. With the immense horsepower of today’s computers and gaming platforms, however, VR is poised to make the mother of all comebacks in all manner of industries and institutions. 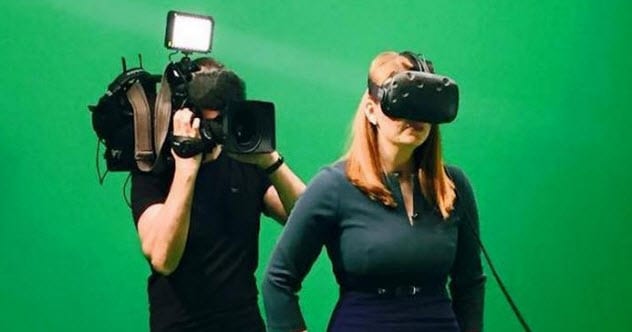 Physical tours of crime scenes by juries are no longer as prevalent as they once were, largely supplanted by high-definition photography and video equipment. But one British research team is making a strong case for VR headsets as standard courtroom equipment.

The British have long been proponents of this use of the technology, having completed a study over a decade ago at William and Mary College which found it feasible. Today, a Staffordshire University team is engaged in an extended study using multiple VR platforms, including those designed for gaming. Crime scenes can be scanned using lasers or documented in 3-D video using drones.

The Ministry of Justice has high hopes that the relatively inexpensive technology can help keep costs down by making complex information much easier to clarify, resulting in fewer hearings. 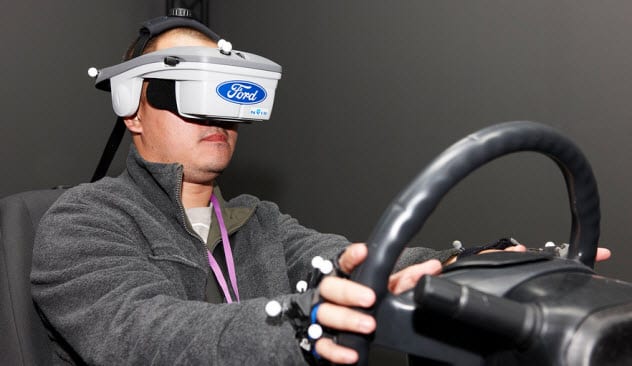 One particularly interesting VR technique is called CAVE (Cave Automatic Virtual Environment), which uses a cube-shaped room in which every wall is essentially a 3-D projector. With special glasses, users can closely examine 3-D objects from all angles, just like fictional characters do on the Star Trek holodeck.

This technique is already used by auto manufacturer Ford. They use a physical model of a vehicle that is overlaid with a virtual model with which their engineers interact. This all but eliminates the need to construct multiple physical models when dealing with design problems, saving a ton of money in product development.

If not for their VR-assisted design, Ford says that several potential design issues would have been missed in its latest vehicle line. 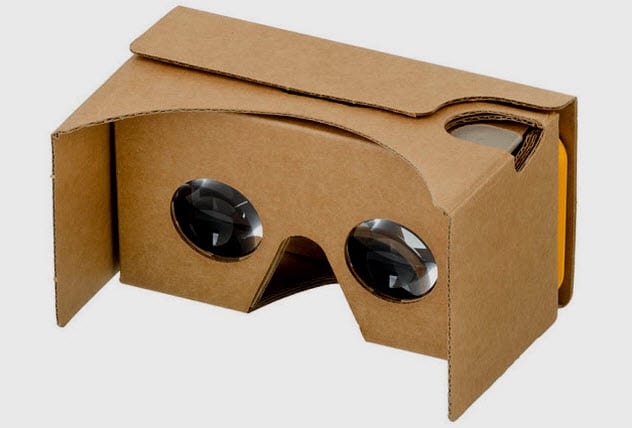 With ads becoming more ubiquitous and intrusive thanks to the Internet, most consumer-oriented applications related to marketing now aim to remove these ads. But many in the marketing industry feel that VR could be the first major technology to make ads, well, cool.

Google has led the charge with their Cardboard device—stereo lenses mounted in an actual cardboard viewer that users fold themselves (and which looks like a homemade View-Master). Cardboard works with smartphones and can be used to view VR content easily and cheaply.

Auto manufacturers like BMW and Volvo have commissioned virtual test drives and races, while clothing labels like Hugo Boss and Dior have assembled VR campaigns that put viewers beside the runway at fashion shows. However, this is just the tip of the VR marketing iceberg.

A video game’s “engine” is like a scaffolding of software upon which programmers can hang their unique game design. It usually contains rules for the game’s physics, mechanics, and motion.

The Unreal Engine, first released in 1998 by Epic Games for the first-person shooter Unreal, has had one of the longest shelf lives of any engine with its robust physics and highly customizable technology. Its latest version is compatible with VR, so it quickly found fans among architects. Some of them hail it as a whole new method of structural design.

In the above video, tech company VRtisan shows an engineer using an HTC Vive headset and software based on Unreal Engine 4.12 to quickly and intuitively add, subtract, and tweak design elements in virtual space. For the general public, applications like Google’s Tilt Brush let users paint and design in 3-D space.

In late 2015, several Canadian theme parks began experimenting with VR-augmented roller coaster rides. They used smartphone-compatible headsets displaying scenes that were synced to the twists and turns of their coasters. By March 2016, US theme park chain Six Flags was jumping into the VR pool with both feet.

Riders on older coasters, such as Dare Devil Dive at Six Flags Over Georgia, can spend the long chug up the hill firing at virtual targets (by tapping on buttons on the side of the headset) before experiencing a harrowing alien invasion. The riders swoop and dive through the streets of a virtual city, which is timed perfectly to the actual swoops and dives of the coaster.

Similar retrofits allow riders to participate in an Independence Day-style assault on a huge alien mother ship and accompany Superman as he repels a Lex Luthor attack on Metropolis. 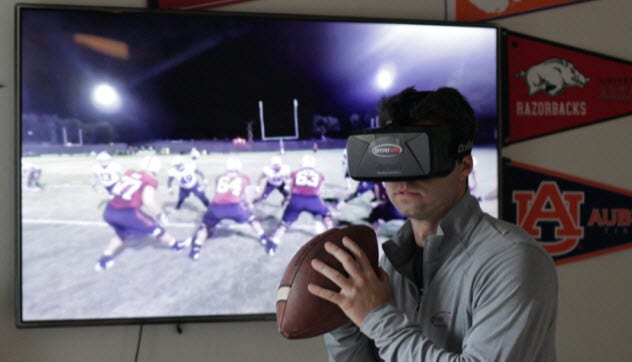 In 2007, Stanford kicker Derek Belch was inspired by a class entitled Communications 166: Virtual People, which was taught by Professor Jeremy Bailenson. Belch’s idea for a virtual football trainer was out of reach of technology at the time. “I said, ‘Come back when [the technology] gets better,’ ” said Bailenson, “and he did.”

Today, the two are officers of tech company STRIVR Labs, which has turned Belch’s idea into a fully developed system used by several college football programs as well as pro teams like the Dallas Cowboys. The system uses 3-D video shot during practices to enable the user to relive that practice step-by-step from the perspective of his position.

Similar programs from competing start-ups use generated graphics as in a video game, providing a level of interactivity that is not yet available with STRIVR Labs’ system. 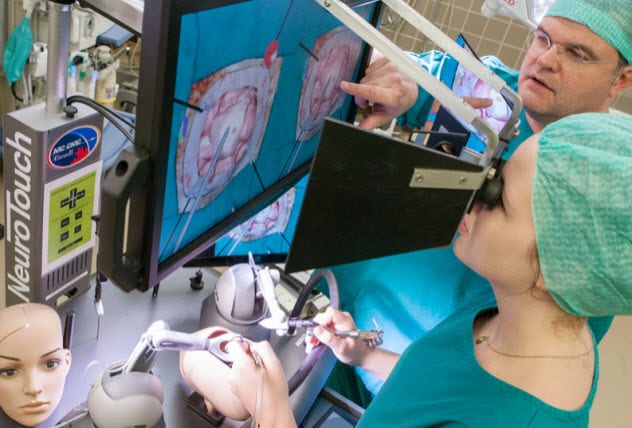 Residents at the Montreal Neurological Institute may soon be among the best-trained brain surgeons in the world. Using NeuroTouch Cranio, a VR brain surgery simulator, inexperienced surgeons can tackle the toughest situations and learn from their mistakes without consequence.

Prompted by Canada’s higher-than-average rate of adverse events from surgical errors, the use of the simulator has exceeded expectations in its first several years of service. Besides being an invaluable training tool, NeuroTouch Cranio can analyze the performance of its user, make recommendations for improvement, and even assess whether its user possesses the technical skills to be a neurosurgeon.

The system also features a “Kobayashi Maru” simulation—named after a no-win training exercise in Star Trek—to examine how a student will respond to the stress of a no-win scenario in which the patient always dies.

A popular, effective treatment for overcoming crippling phobias is exposure therapy, which exposes a patient to the subject of their phobia in increasing doses until the phobia is under control. Given the stress and anxiety experienced by the patient, ethics concerns surround this type of therapy. There are also practical concerns with phobias involving things like great heights or flying on a plane.

Of course, exposure to such things in a virtual environment handily alleviates most, if not all, of these concerns. The University of West Virginia in Charleston runs VR programs that allow patients to confront a wide array of fears—from public speaking (where a virtual crowd grows fidgety and begins throwing things at the patient as they speak) to heights (by making the patient cross a high, narrow glass walkway).

Although this system is proprietary and features less-than-realistic graphics, it has proven effective. Others are now creating exposure simulators for newer generation hardware such as the Oculus Rift.

In a truly amazing study from Duke University, neuroscientist Miguel Nicolelis and his team used a powered exoskeleton and a VR headset to give quadriplegics the experience of walking again.

The experiment placed subjects in a virtual environment which they could navigate with hand controls, translating to physical movement produced by the exoskeleton. All eight subjects showed marked improvement in sensory capacity and muscle control below the sites of their injuries.

The convincing sensory and physical input seems to rekindle activity in intact spinal nerves that have lain dormant since the initial injury. Although the team is not sure how this happens, the results were remarkably consistent. After one year of therapy, half of the patients in the study had improved so much that their paralysis diagnoses were officially upgraded from “complete” to “partial.” 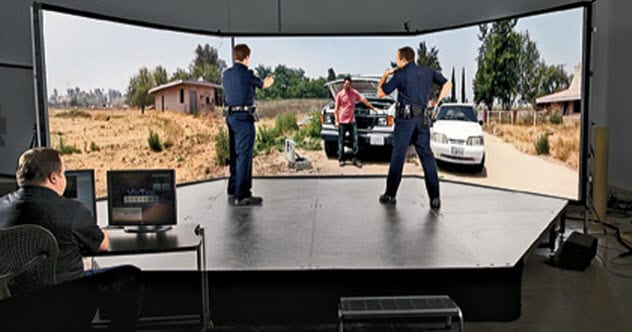 Police and military training simulators are nothing new. But one system, dubbed the VirTra 300, has come into vogue among hundreds of police agencies around the US. Rather than teach officers to shoot better, its main focus is training them to avoid using deadly force altogether.

The highly programmable system puts officers in unique virtual situations which can end in many ways, depending on the user’s reactions. Each situation has dozens of branching scenarios which trainers manipulate in real time. The aim is to guide users toward de-escalation techniques which only use force as a last resort.

Such systems give rookie officers the chance to succeed in simulations of real-life scenarios where another officer actually failed. The officers also gain experience in dangerous situations without facing actual danger. As these systems have only recently come into use, only time will tell if VR training translates into better real-world officer preparedness and fewer unwarranted uses of deadly force. 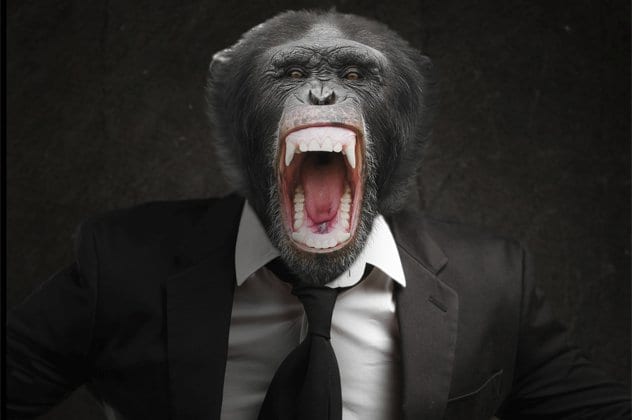 And now it’s time for a virtual tour of virtual reality through the Listverse archives: