Children don’t get to choose their families; they’re stuck with the parents they’re given, who will be a part of every experience they have and every trait they form.

When a child is born into the care of monsters, we tend to see the child as an extension of the parents. The children of tyrants often find themselves on trial when their fathers are deposed. Nevertheless, their lives can be every bit as terrible as for anyone else living under the reign of a dictator.

Joseph Stalin had three children—Yakov, Vasily, and Svetlana. Stalin’s children didn’t choose to be born into his family, but they were—and they lived their lives directly under under the scrutiny and cold cruelty of the USSR’s harshest dictator. 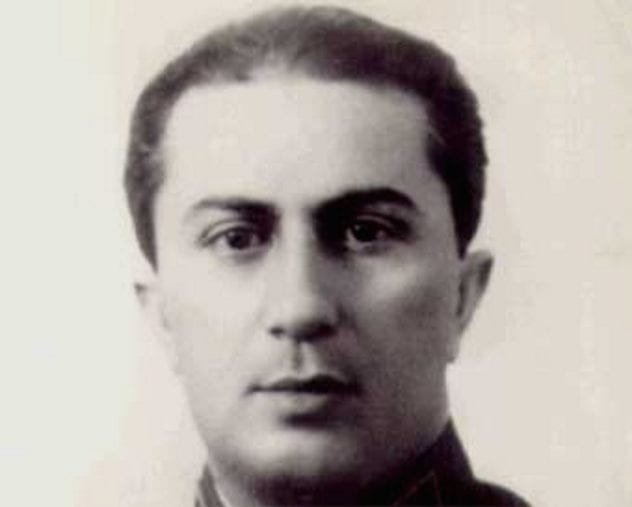 When Stalin’s first wife Ekaterina died, he changed. At her funeral, he said, “With her have died my last warm feelings for humanity.” He became colder, increasingly irritable, and distant from Yakov.

Stalin would marry again to Nadezhda Allilueva, but he would not soften. He drank heavily, and he brought his struggles ruling the country home as anger and violence. It got so terrible that at times, Nadezhda fled their home to live with her parents. She took her children with her, but Yakov, son of Ekaterina, was left behind, alone with his father’s drunken rages.

Living with Stalin was so terrible that, in 1930, alone in his apartment, Yakov shot himself in the chest. He was rushed to the hospital, where doctors saved his life, and Stalin was called to see the son he’d driven to suicide.

Stalin looked at his son and simply said, “He can’t even shoot straight.” 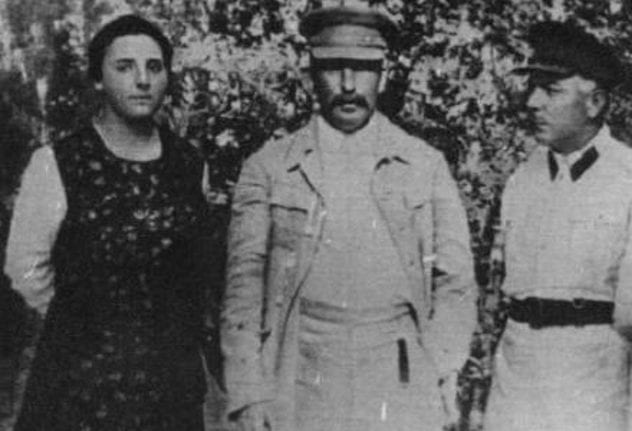 No matter how much Stalin abused her or cheated on her, Nadezhda always come home . . . until one day, when it became too much. At a party at the Kremlin, celebrating the 15th anniversary of the October Revolution, Nadezhda refused to drink when the guests gave a toast to Stalin.

Nadezhda stormed out of the Kremlin. At home, she penned up a letter denouncing Stalin as a tyrant who tormented both his people and his family. She then climbed into her bed one last time and shot herself.

Stalin covered up his wife’s suicide—from both the people and her children as well. Svetlana would not find out how her mother died for another ten years. On the day of her funeral, Stalin bitterly declared that Nadezhda “went away as an enemy.” He did not attend the funeral, and he never visited her grave.

8When Yakov Was Caught by Germans, Stalin Arrested His Wife 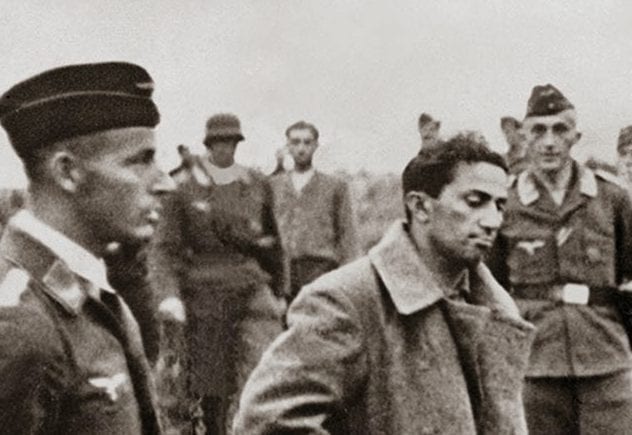 Yakov married a Jewish woman named Julia. At first, Stalin disapproved. He referred to her only as “that Jewish woman” and tried to put an end to the marriage. He came to like her in time—but that didn’t stop him from sending her to a gulag.

When Russia entered World War II, Yakov was sent into battle. He led troops against the Germans, fighting until he was overrun and forced to surrender in 1941. To torment Stalin, the Germans sent him a picture of his captured son. Stalin, however, had already written an order calling anyone who surrendered “a malicious deserter whose family is to be arrested,” and he wouldn’t give special treatment to his own family.

Following his own order, he sent Julia to the Gulag. For the next two years, Yakov’s three-year-old daughter, Gulia, was torn away from both of her parents while they suffered in prison camps. 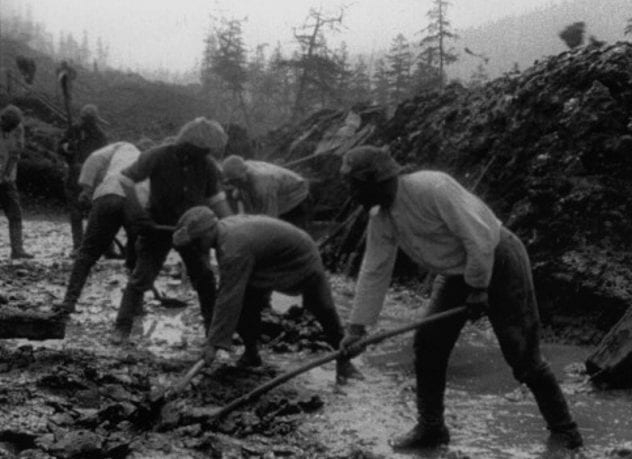 While Yakov lingered in prison, Svetlana was falling in love. On the tenth anniversary of her mother’s death, the 17-year-old girl met a 38-year-old filmmaker named Aleksei Kapler. He comforted her in her grief, danced with her, and gifted her some books that her father had banned.

Stalin was furious. He secretly taped Svetlana’s phone conversations with her boyfriend and then had him sent to a gulag for ten years.

With Kapler imprisoned, Stalin confronted his daughter and accused her of sleeping around while Russia’s men died in war. Svetlana wouldn’t hear it, and she told her father that she and Aleksei were in love. Stalin slapped her in the face. “Take a look at yourself,” he told his daughter. “Who’d want you? You fool!” 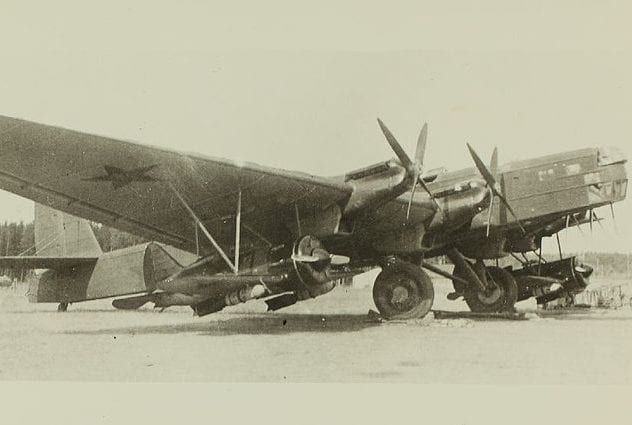 Vasily was, in Svetlana’s words, Stalin’s prince. He was afforded special care, and when Yakov was captured, Vasily was taken off flight duty to save Stalin from losing another son.

As Vasily grew up, he began to exploit his status. He was a renowned drunkard who often tried to use his position as Stalin’s son to get extra privileges. Stalin would frequently step in to order his men not to allow Vasily any special treatment, but still he was promoted beyond his ability.

In 1943, Vasily and a few friends went on a fishing trip—in an airplane. Drunk out of their minds, they dropped timed bombs into a lake to watch the fish die. One bomb detonated in the wrong place, killing a decorated officer.

5 Stalin Left Yakov To Die In A Concentration Camp 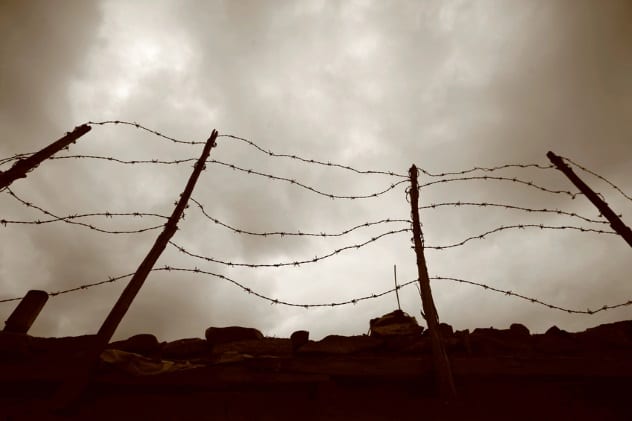 As World War II came close to an end, Hitler tried to negotiate a trade—Yakov for the German marshal Friedrich Paulus. Stalin had the chance to save his son, but he didn’t take it. “I will not trade a marshal for a lieutenant,” Stalin replied.

Yakov’s own father left him to die in a German concentration camp. There, his only friends were the other inmates, many of whom were Polish, so his situation became worse when word got out that his father had massacred 15,000 Polish officers in Katyn. Yakov was taunted by his captors and hated by the inmates. Hopeless, he walked out to the edge of the camp, clung to an electric fence, and let it electrocute him to death.

It was the one time Yakov made his father proud. Stalin released his wife and would reportedly show off pictures of Yakov after his suicide. “Look,” he boasted. “A noble man right to the end.” 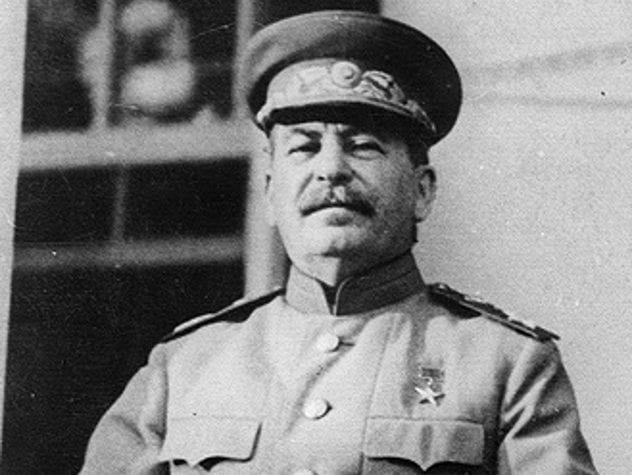 Svetlana fell in love again, this time to Grigory Morozov, a Jewish classmate at Moscow State University. The two got married, and Svetlana gave birth to his child, but Stalin never even met Grigory. From the moment she declared their engagement, he promised, “I will never meet your Jew.”

In time, Svetlana and Grigory’s marriage fell apart, and she tried love again. This time, she tried to make her father happy and married the son of one of his closest confidants, but it didn’t make much of a difference. Stalin still barely noticed she was alive.

Svetlana would later confide in a friend, “My father had lost all interest in me.” 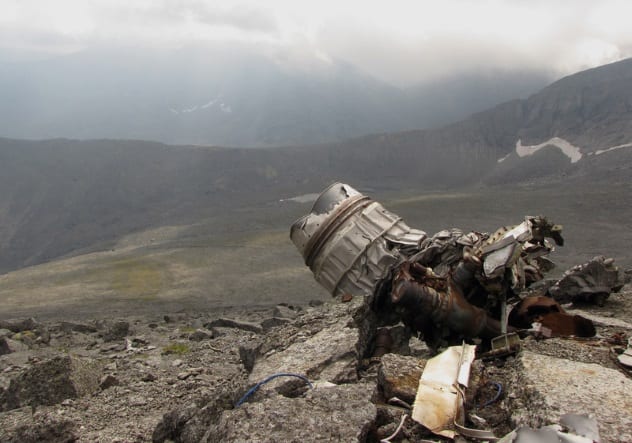 Vasily was brash and obnoxious. He had affairs, beat his wife, drank heavily, and didn’t seem to be afraid of anyone—except his father. Around Stalin, Vasily would reportedly shake with fear and could barely speak a word.

In 1950, while Vasily was in charge of the USSR’s hockey team, the team’s plane went down, killing 11 players along with eight others. Vasily was terrified of what his father would do to him. He quickly replaced the entire team, forbade the state media from talking about the crash, and tried to pretend nothing had happened.

It worked. Stalin never noticed that his hockey team had new faces and names.

2 Vasily Was Imprisoned As Soon As Stalin Died 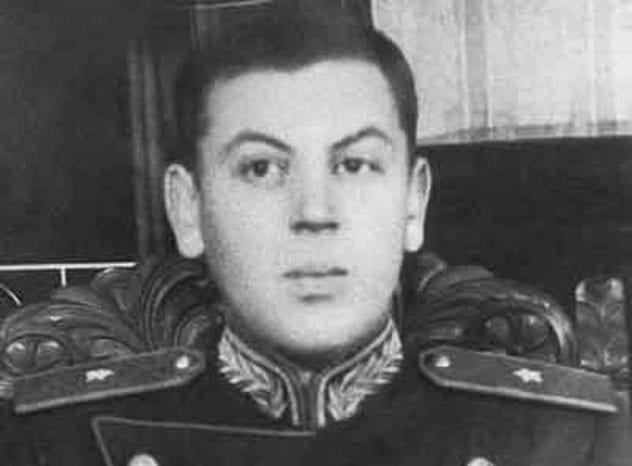 Photo via History In An Hour

Vasily knew he wasn’t popular. There was no question in his mind that the second his father’s protection was gone, he would be in trouble—and he was right.

Stalin died in 1953, and Vasily was immediately charged with misappropriation of state property. To impress a girl, he’d built a sports complex with Russia’s biggest swimming pool. To keep himself happy, he’d built a luxurious private hunting reserve. He did it all with Soviet Air Force money.

Khrushchev released him in 1960, but within a year, he found himself back in prison for a traffic accident. When he was let out, he was exiled to the city of Kazan.

Vasily died shortly after, alone, hated by everyone in his country, and rattled with illness brought on by years of chronic alcoholism.

1 Svetlana Defected To The United States 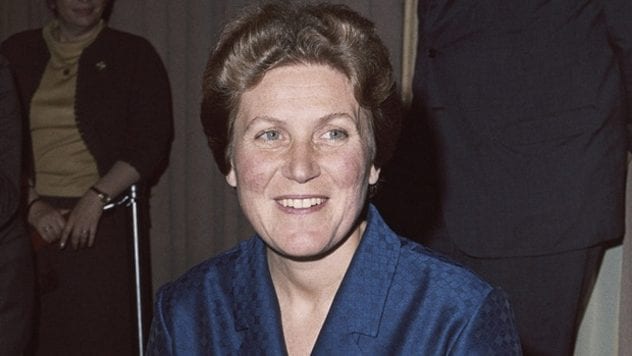 Svetlana hated her father, whom she called “a moral and spiritual monster,” and the way her country was run. Finally, in 1967, she managed to escape, and she defected to the United States. Before a crowd in New York, Svetlana declared, “I have come here to seek the self-expression that has been denied for me for so long in Russia.”

She was unable to take her children with her, though, and in 1984, she went back to the USSR to see them again. Still, she came back and lived in the US until she died in 2011 at the age of 85.

As the last member of her family left alive, living in the nation that was her father’s enemy, Svetlana had the freedom she’d longed for her whole life. A year before died, she told a reporter, “I am quite happy here.” 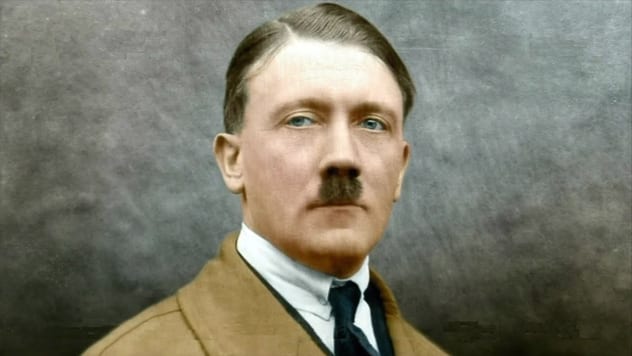 There can be no denying that Stalin was possibly the most evil man in history. Read more about him and his ilk on these lists from the archives: