Quantum computing is a major trend in computer science. It’s jaw-dropping to think that it all started from observing the weird properties of light! There have been several pioneers in quantum computing, the main one being Richard Feynman—he explained that quantum computers are feasible and that they are the future of computing.

Quantum computers have existed since way before you think. The first quantum computation was carried out in 1997, using NMR on chloroform molecules.[1] Nowadays, we’ve been trying to slap the “quantum” buzzword on just about anything. Even then, there are still a few applications—in the endless list of quantum technologies—that are really mind-boggling. 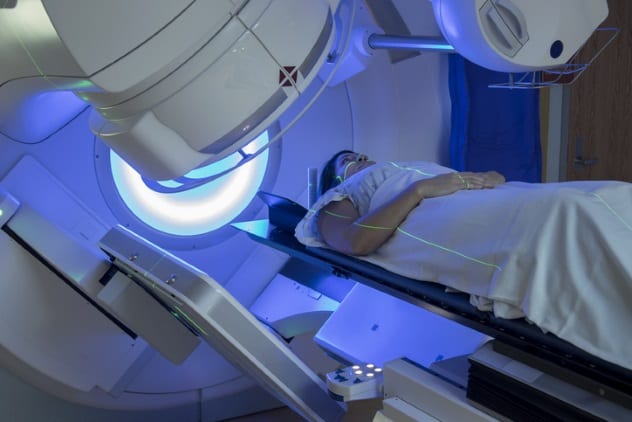 Cancer is one of the leading causes of death around the world. In fact, according to a recent survey from the World Health Organization (WHO), respiratory cancers alone claimed 1.7 million lives in 2016. However, if cancer is recognized at an early stage, the chances of recovery through treatment are much higher. There are many ways cancer can be treated. One is to remove it by surgery; another is through radiotherapy.

Beam optimization is critical in radiotherapy, as it is important to make sure that the radiation damages as little healthy cells and tissues near the cancer region as possible. There have been many optimization methods for radiotherapy in the past that use classical computers. In 2015, researchers at the Roswell Park Cancer Institute came up with a new technique that uses quantum annealing computers, like the ones manufactured by D-Wave, to optimize radiotherapy in a manner that is three to four times faster than that of a regular computer [2] 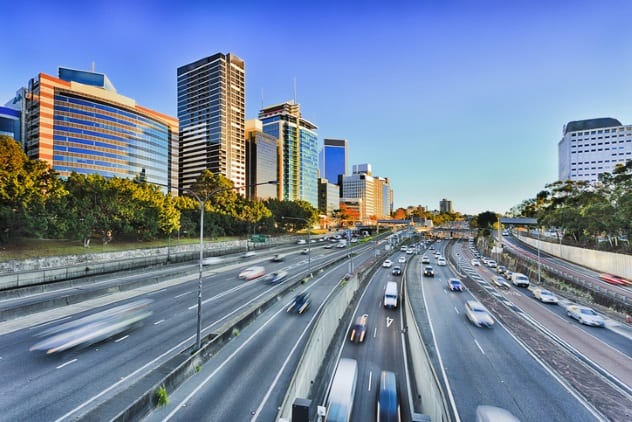 Many of us are familiar with waking up early and setting off for work, only to find a traffic jam waiting on the way. And then comes the terrifying feeling that you’re going to be late for work. Google has been working on fixing this problem by monitoring traffic and suggesting alternative routes to its users. However, Volkswagen is taking it to another level with their research.

In a 2017 experiment, Volkswagen tried to tackle the issue of traffic, not through monitoring but rather by optimizing traffic flow itself. They used the Quadratic Unconstraint Binary Optimization (QUBO) technique with quantum annealing computers to find the optimal route for a select number of cars and possible routes in consideration.[3]

So far, they have tested this with 10,000 taxis in Beijing to show how their method can optimize traffic flow significantly faster than a classical computer. However, many people are skeptical of Volkswagen’s claims, since they used a D-Wave quantum annealing computer to do the processing. Many scientists state that the quantum annealers D-Wave manufactures do not offer a speedup as significant as Volkswagen claims. 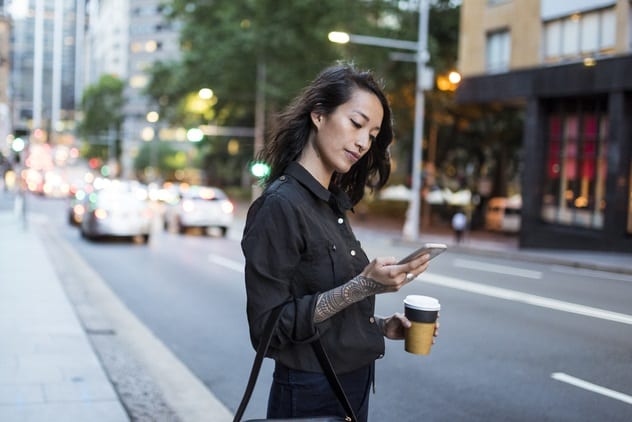 We have all been in a spot where the mobile data reception is excessively bad, and we’d rather just use that slow WiFi hotspot in that nearby coffee shop. Well, it seems that a company called Booz Allen Hamilton might just have found the solution to the horrible network coverage problem, with the help of quantum computers, of course!

In a 2017 publication, they suggested that optimal satellite coverage is pretty tough to figure out. This is because there are a lot of possible alignment combinations, and it is really hard to check all these combinations with classical computers.

The solution? They suggest that using the QUBO technique, as previously mentioned, with the help of D-Wave’s quantum annealing computers, can help find the optimal satellite coverage position required.[4] This would not mean that the satellites would be able to cover all the bad reception spots, but the likelihood of being able to find a spot with better reception can be increased significantly. 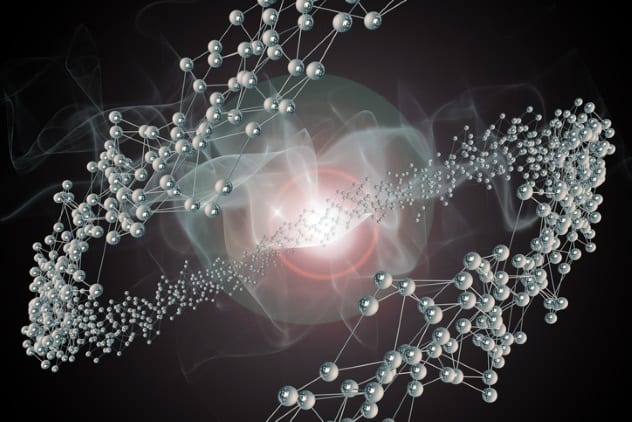 Molecule simulation has been a crucial field in biology and chemistry, as it helps us understand the structure of molecules and how they interact with each other. But it also helps us discover new molecules.

Although classical computers nowadays may be able to simulate these molecular dynamics, there is a limitation on the complexity of molecules in a given simulation. Quantum computers are able to effectively break this barrier. So far, they’ve only been used to simulate small molecules, like beryllium hydride (BeH2), for example. It might not seem like much, but that fact that it was simulated by a seven-qubit chip shows that if we had more qubits at our disposal, we might be able to run extremely complex molecular simulations.[5] This is because the processing power of quantum computers increases exponentially as the number of qubits increase.

Other hardware—like D-Wave’s quantum annealing computers—has also been used by researchers to come up with simulation methods that might be just as good, if not faster, than current methods. 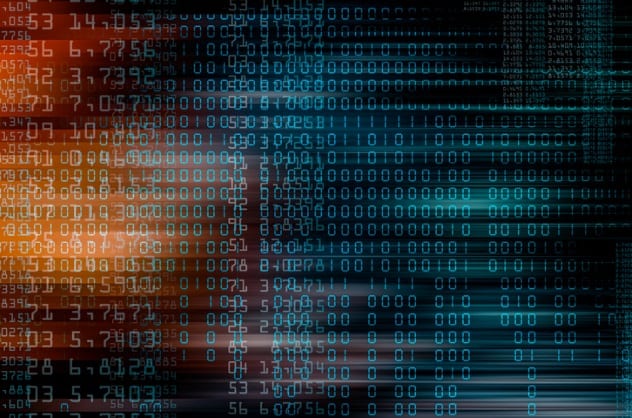 Some of us might have heard of the scare about quantum computers being able to break cryptosystems such as RSA or DSA. This seems to be true for some cryptosystems, as they rely on prime numbers to generate a key based on prime factors. An algorithm, called Shor’s algorithm, can be used by quantum computers to find the prime factors used to generate the key, and they can do it much more efficiently.

But what about the other cryptosystems which do not rely on prime numbers to generate keys? There is another algorithm called Grover’s algorithm which might be used to brute force a key faster than a classical computer. However, this is not as big of a speedup as Shor’s algorithm would offer, compared to a classical computer (quadratic vs. exponential speedup). This would mean that we would need significantly faster quantum computers than the ones that currently exist to even attempt to break these cryptosystems.

Even with that, there are some cryptosystems that would be impossible for quantum computers to break. These cryptosystems are categorized within the field of “post-quantum cryptography.” Overall, though, it would seem that at least RSA—which is often used in digital signatures—would be obsolete.[6] 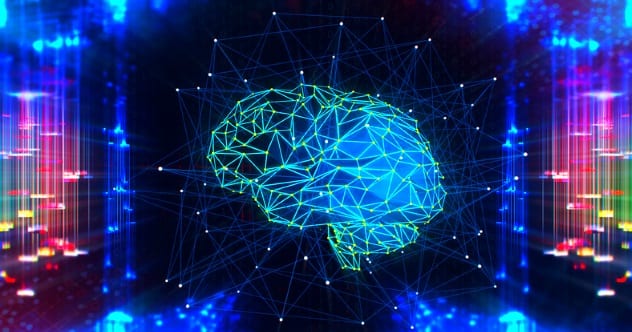 Artificial intelligence is an extremely trending field in computer science. Scientists have been trying to make AI more humanlike through the means of machine learning and neural networks. Seems terrifying, but now add quantum computers to the concoction, and it is taken to a whole new level.

Neural networks run on matrix-based data sets, and the processing done in neural networks is computed through the means of matrix algebra. However, quantum computing itself fundamentally works in such a nature that matrices are often used to define and determine the quantum states of qubits.[7] So with that, any computational process done on the neural network would be similar to using transformational quantum gates on qubits. Hence, quantum computers seem like the perfect fit for neural networks incorporated in AI.

Not only that, but quantum computers can also help to significantly speed up machine learning compared to a classical computer. This is why Google has been investing in quantum computer research to improve Google AI by means of quantum hardware. 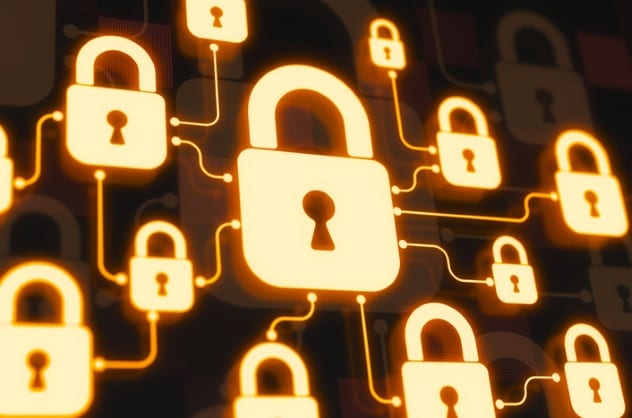 This is very different from post-quantum cryptography, as it is not meant to prevent quantum computers from breaking cryptosystems, though it does that, anyway. This type of cryptography uses the means of quantum mechanics itself. But how is it more versatile than other forms of cryptography?

Quantum cryptography mainly focuses on the key distribution part of a cryptosystem, here two pairs of entangled qubits are used. One is sent to the receiver, while the sender keeps the other. Entangled particles in a superposition, when measured, affect the other qubit. Send a stream of these qubits, and you have a key usable for encryption.[8]

The best part about it is that eavesdropping is impossible, as the qubits cannot be copied. They can’t be measured, either, as there are methods to determine whether the qubit has been tampered with before being received by the intended recipient. This makes it a robust method for cryptography, which is why scientists are still researching this field. 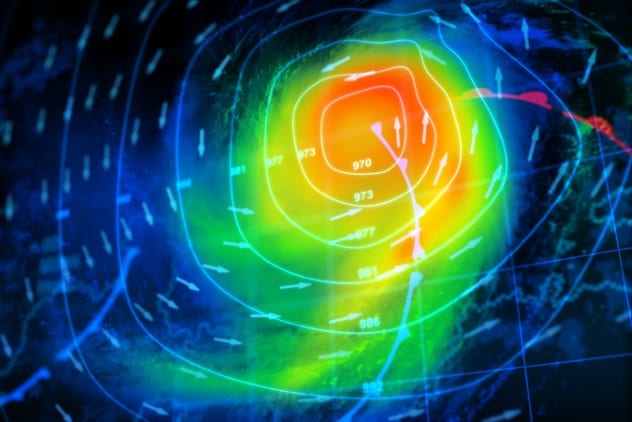 We’ve all had that time where we’ve checked the weather forecast, and it said that it was going to be a wonderful, sunny day. Then, only moments later, it starts to pour, and you didn’t bring your umbrella. Well, it seems quantum computers might have a solution for that.

In 2017, a Russian researcher published a paper about the possibility of using quantum computers to predict the weather more accurately than classical computers. There are a few limitations with current computers in predicting all the intricate changes in weather.[9] This is because large amounts of data are involved, but quantum computers seem to offer a big speedup compared to classical means because of Dynamic Quantum Clustering (DQC) methodology, which is claimed to generate useful datasets that classical techniques cannot.

Even so, it must be noted that not even quantum computers can predict the weather with absolute accuracy, but at least it will be less likely that we will regret not bringing an umbrella on suspicious sunny days! 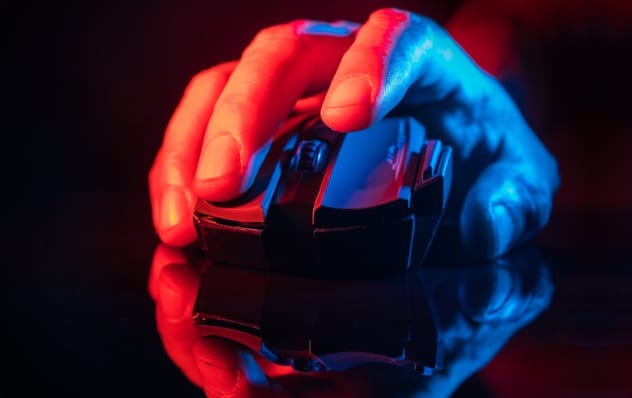 We all hate it when we search for an article, only to find it to be littered with advertisements. Most of it doesn’t even seem relevant! Luckily, Recruit Communications has found a solution for one of those two problems—the relevancy of ads. 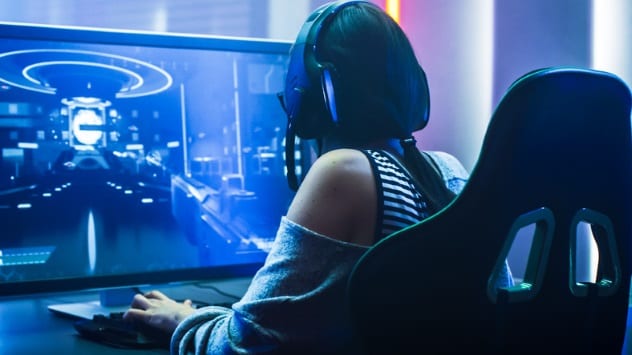 With all the speedup quantum computers offer in the computing field, one thing gamers might be curious about is whether they can be used to make a sweet gaming rig which can run games at blazing high framerates. The answer would be, “Sort of.”

At this point, the field of quantum computers is still at its infancy, and current hardware still hasn’t reached “quantum supremacy”—which is when quantum hardware can compute faster than the current best computers, though the definition is still vague. This is because quantum computer algorithms work very differently from classical ones. Even with that, quantum gaming still seems to be possible.

There have been a few games which have been developed to utilize quantum computers. One of them is called Quantum Battleships, which is based on the Battleships board game.[11] Furthermore, Microsoft has been working on a programming language called Q#, which uses both classical and quantum hardware to compute. It is also very similar to C#, which would mean that it is very possible to develop games using Q# that take advantage of quantum hardware. Maybe we’ll have Call of Duty Q one day!

I am a small music producer from the UK with a newly acquired side hobby for writing articles!

Read about more amazing technologies of the future on 10 Futuristic Technologies That Are Revolutionizing Our World and 10 Awesome And Wacky Space Technologies Of The Future.