Perhaps you clicked on this title expecting a list on Alexander the Great. Well, you would be mistaken. While the young Alexander is famed throughout the world for his spectacular conquest of the mighty Persian empire, it was his father, King Philip II, who paved the way for him.

10Grew Up A Hostage In Thebes 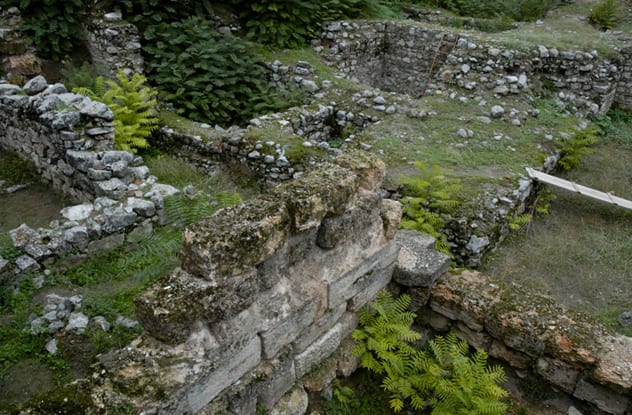 Around 371 BC, Philip’s older brother (the king) Alexander II was forced to sign a peace with the city of Thebes after losing a war over control in Thessaly. A key condition was that 15-year-old Philip would serve as a hostage in Thebes.

This would prove a blessing in disguise for the young prince, for what he learned in Thebes would be paramount for his later years as king. He learned the military training employed by the Theban army (the strongest of the time) as well their efficient administration (adopted from the Persians). Staying in the house of a friend of the great General Epaminondas, he gained insight into innovative tactics, such as new military formations.

9Inherited A Kingdom In Turmoil 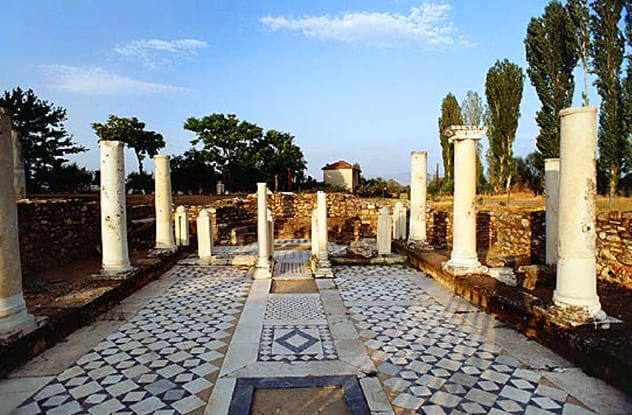 In 359 BC, after the deaths of both his older brothers, Philip came to the throne. The Macedonia he inherited was besieged on all sides, the Illyrians preparing to invade from the west, hostile Thracian tribes to the east, and the Athenians from the south occupying Macedonian mines and supporting Philip’s rivals.

The new king reacted with speed and good judgment in neutralizing his threats. He bribed the Thracians with lavish gifts and ceded the city of Amphipolis to the Athenians to buy time to begin training his army. With a new well-trained army, he turned his focus to the Illyrians in the west. In 358 BC, he met them in battle and with his better soldiers and superior tactics dealt them a crushing defeat.

8He Transformed The Macedonian Army 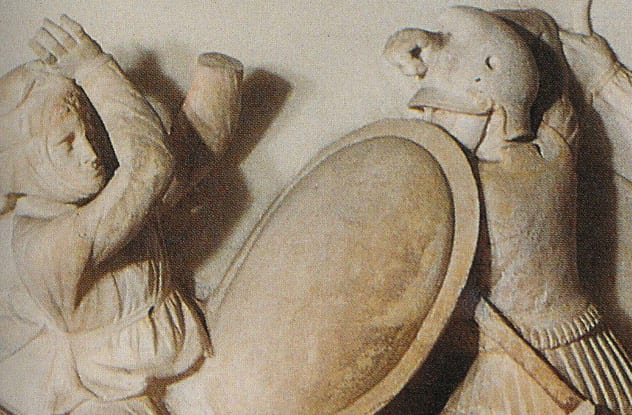 The most important change Philip made was transforming his military from a citizen militia to an army of well-trained professionals.

The core of this army consisted of Phalanx pikemen. Each wielded the Sarissa, a 6-meter (18 ft) pike that outreached shorter hoplite spears, giving them an edge in battle. Unlike its hoplite cousin, the Macedonian phalanx was separated into units, each with its own commander, allowing for better communication and maneuverability in battle.

7He Remodeled The Macedonian State After The Persians 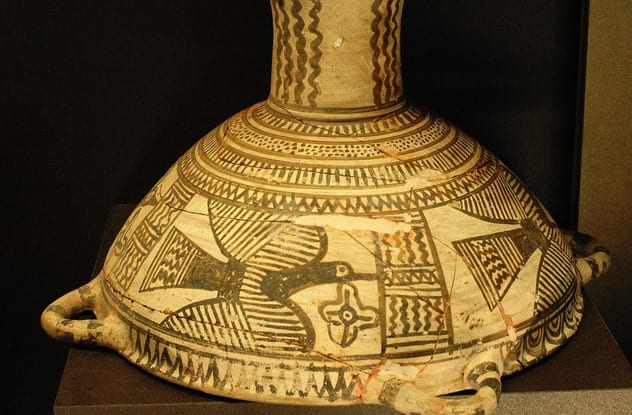 Now with a powerful army and unquenchable ambition, Philip set about establishing Macedonian dominance in Greece. However, a key weakness of his reign lay in lack of a structured and stable state. Often it was Philip managing all affairs of the state. If he was going to build a strong Macedonian kingdom, the state needed to change.

Philip turned to the lessons of his youth. Like the Thebans, he structured his Macedonian court on the Persians. Instead of directly occupying and controlling conquered cities, he granted them a degree of independence, while officials appointed by Philip reported activity back to him. By gaining control over cities this way, Philip reaped the benefits of their resources (such as the gold mines from the old Thracian city of Crenides) without having to expend resources trying to control them.

6His Various Campaigns Practically Crippled Him 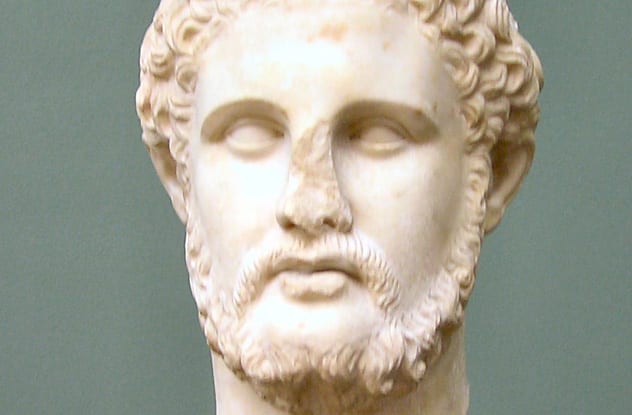 Philip liked to lead from the front. He personally led many cavalry charges and shared the dangers faced by his men. These acts of valor undoubtedly inspired his soldiers in aiding him to win crucial battles, but they came at a cost. He sustained many injuries, permanently disfiguring him.

By the time of his death in 336 BC, the trophies of his conquests could be found everywhere on his body. He lost his right eye during the siege of Methone in 354 BC, when he was hit by an arrow (unlike Harold, he survived). He was left limp from a serious leg wound from a Thracian spear in another one of his many battles. Other injuries include a broken collarbone and a maimed arm.

5He Had Seven Wives 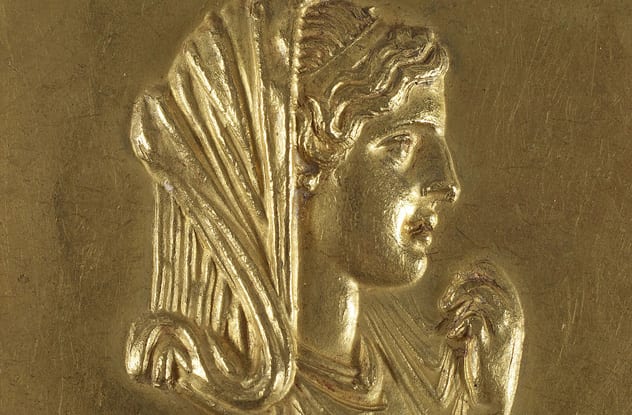 Many of us know about Henry VIII and his eight wives, which seems like an astounding achievement. This however pales into comparison when in contrast to Philip II of Macedon, who had seven wives . . . at the same time.

Their names were: Audata, Phila of Elimeia, Nicesipolis of Pherae, Olympias of Epirus (future mother of Alexander the great), Philinna of Larissa, Meda of Odessa, and Cleopatra Eurydice of Macedon. Philip did not marry his wives for something as trivial as love, being a practical man filled with ambition. Behind each marriage was a greater political purpose.

An example of this is Alexander’s mother Olympias. He married her around 357 BC to secure Macedonia’s western border. This proved successful, solidifying his alliance with Epirus, allowing him to concentrate his efforts in taking the Athenian city of Amphipolis.

4He Won His Most Important Battle At Chaeronea 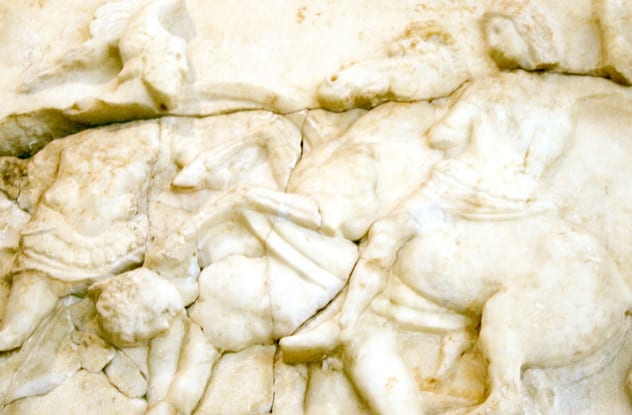 As Philip tightened his stranglehold on Greece, the Athenian politician Demosthenes built an anti-Macedonian coalition and declared war on Macedon. As the Athenians and the Thebans prepared to attack. Philip mustered his army and marched south to face them in one last decisive battle.

In 338 BC near the town of Chaeronea, the two forces clashed. On the Greek right wing were 300 of the famous Theban sacred band. Opposite them was the young prince Alexander and his cavalry. The Athenians on the left flank attacked first and advanced forward, but Philip ordered the Macedonians facing them to retreat, creating a gap in the coalitions line. Then the young Alexander charged the Sacred band, while Philip punched through the gap in the Greek line, surrounding and then annihilating the Thebans. With the Thebans defeated and their army cut in half, the coalition forces fled the battlefield, giving victory to Macedonia.

3He Controlled Greece Through The League Of Corinth 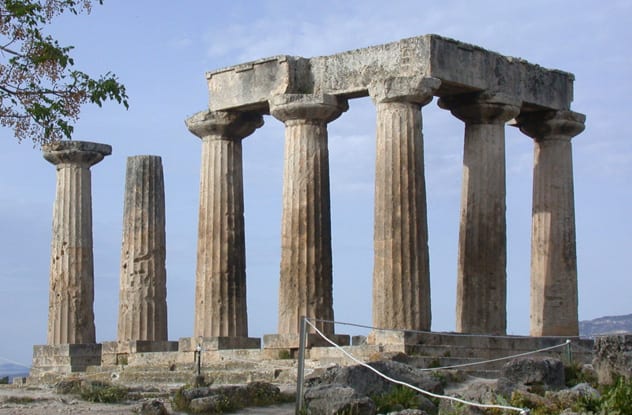 After he’d defeated the martial might of Athens and Thebes (the two strongest Greek city-states), Greece was now ripe for the taking. Philip summoned representatives of all the Greek cities to Corinth and secured peace in Greece. The terms of this peace was that the city-states would be united in the league of Corinth under the hegemony of Philip.

The league was run by a council with each city in the league having membership. However, Philip was in charge of the council and really controlled the league. As military commander-in-chief, Philip could coordinate the league’s armies and prepare them for his main goal, the invasion of Persia—one that he would never achieve.

2It Was May Have Been Alexander Behind His Assassination 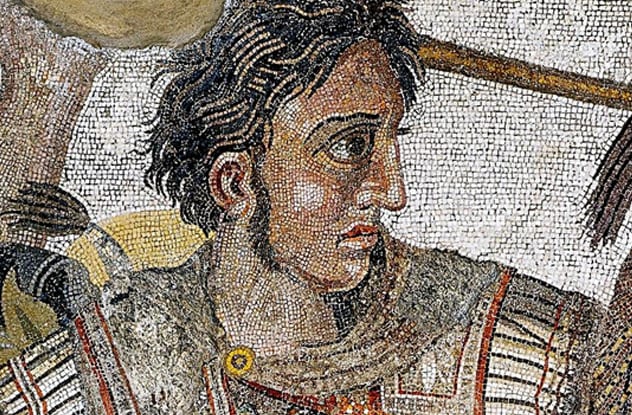 In 338 BC, Philip prepared to marry Cleopatra, a member of the Macedonian nobility. It is likely that he wished to produce an heir of pure Macedonian blood. This threatened Alexander, who wished to be the sole heir, and a rift formed between him and his father.

During the marriage celebrations, Philip was stabbed as he was entering a theater, the assassin a young Macedonian noble called Pausanias. As Philip died from his wound, Pausanias tried to escape but was stopped and hastily dispatched by Alexander’s friends.

This would lay suspicion on Alexander, for when Pausanias died, the motivation for Philip’s assassination died with him. It may have been that Alexander persuaded Pausanias to assassinate his father (Alexander had the most to gain from his father’s death) with Alexander’s friends silencing the assassin to keep Alexander’s secret safe. Philip’s new wife and child were soon put to death by Alexander’s mother. 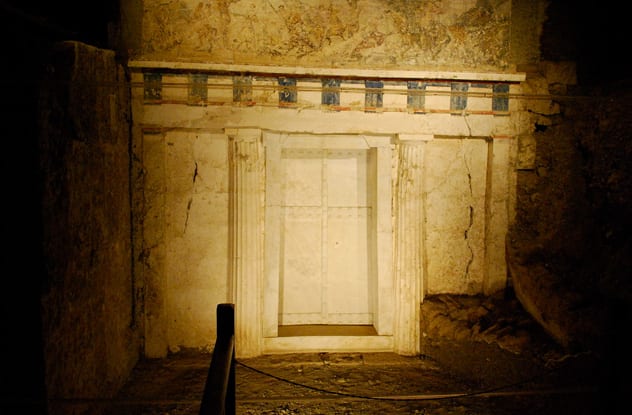 In 1977, archaeologists thought they had found the tomb of Philip in Aegean Macedonia near Salonica. However, it was later found that the tomb dates to 317 BC and could not have belonged to Philip, giving rise to the question as to where he was really buried.

Recently, another tomb has been examined near the site of the original. In this, the body of a 45-year-old man has been found (the same age of Philip at his death), and the skeleton has signs of a maimed leg. Also with the body, they found the remains of a woman and a baby, making it likely that it belongs to Philip.

However, other reports indicate that the Macedonian General Cassander reburied the body of Philip and cremated it, so we can never really be completely certain where the final resting place of the great king really is. 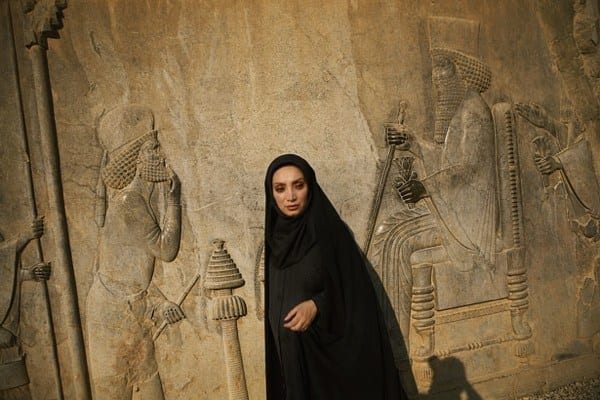 Philip of Macedonia was a fascinating character . . . as was his son, Alexander. Here are some other lists from the archives covering the ancient world: