Life can be restrictive sometimes. Sure, we have the freedom to pursue life and happiness but only within reason. If your happiness requires you to drive a tank naked while high on LSD, all that liberty starts to dry up.

Fortunately, there are some 196 countries in this world, all with their own values and sets of laws. No matter what you want to do, there’s somewhere in the world filled with people who think it’s perfectly fine. 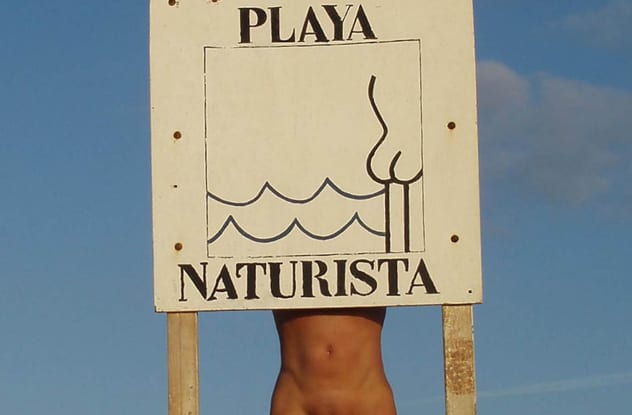 Spain has a reputation for nude beaches. Citizens and tourists from around the world scurry off to one of Spain’s many clothing-optional beaches, eager to enter the one place where they can cast off those constricting clothes without any pesky police telling them to cover up.

Most people don’t realize, though, that you don’t actually have to go to a nude beach. In Spain, you can legally be naked in any public place you want.

Since 1978, the constitution of Spain has not only guaranteed its people permission to walk around naked—it’s made it an inalienable human right. There have been attempts to change the law in the past, but none have gone through.

9Take Every Drug On Earth
Portugal 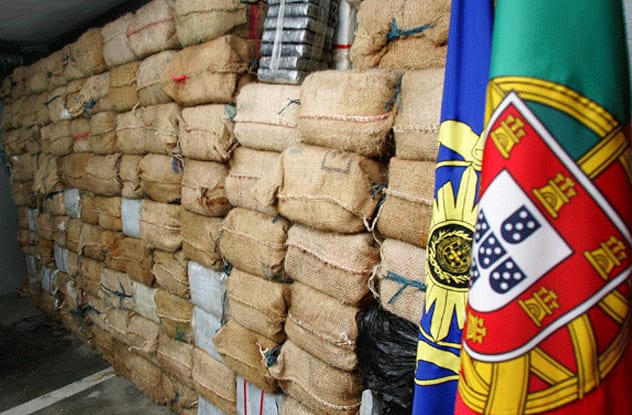 Portugal has decriminalized every single drug in existence. This isn’t exactly the same as making it legal—if you’re caught with drugs, you could still be sent to a counsellor. You can’t go to prison, though, for having a personal stash of anything, whether you’re puffing marijuana or freebasing cocaine.

Portugal’s policy seems to work. Before decriminalization, they had a major problem with hard drugs—one in every 100 people were addicted to heroin. Within four years of decriminalizing drugs, drug-induced deaths went down nearly 90 percent, and HIV rates plummeted.

8Attach A Flamethrower To Your Car
South Africa

In South Africa, you can buy a product called the “Blaster”—a flamethrower that shoots out 20 meters (65 ft) of fire, custom designed to be fitted onto your car. The blast sends out a burst of flames on both sides of your vehicle and, according to ads, doesn’t damage your paint. It’s also completely legal.

At its worst, South Africa was getting about 13,000 carjackings each year, and so the country legally permits you to kill anyone trying to break into your car. The inventor, though, insists that it probably won’t actually kill anyone—it would just blind them.

The Blaster came out in 1998 and has since been taken off the market, but that’s not because it’s illegal. There just wasn’t enough demand. Anyone determined enough could probably still pick one up secondhand—or even start an automotive flamethrower company of their own. 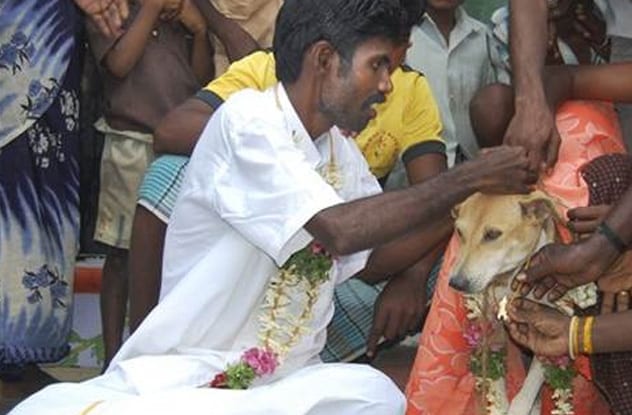 In India, you can legally marry any animal you want. You aren’t limited to dogs—they just seem to be the most popular choice.

One man in New Delhi explained the process: As a child, he stoned and hanged two dogs, and he was convinced the illnesses he had later in life were punishments for his cruelty. He visited a local astrologer about it, who told him he had only had one way to remove his curse—he had to marry a dog.

The man’s family approved. They even helped him pick out the best dog to be his bride. Then they threw a lavish wedding ceremony, complete with a feast, to celebrate the eternal union of man and dog. 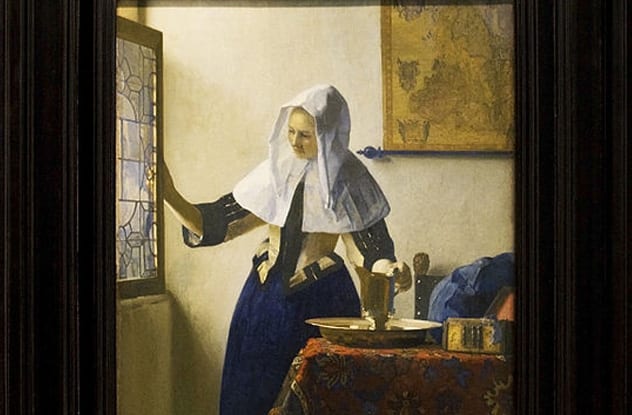 If you steal a priceless piece of artwork in The Netherlands, you needn’t resort to the black market to resell it. As long you can muster up a little patience, your stolen artwork will become legally yours. After 20 years, the statute of limitations for property theft is up, and they deal with that by just making the stolen property legally belong to whoever happens to have it.

It’s a little bit trickier if you steal from a public collection or a painting classified as part of their cultural heritage. For those major pieces, you have to wait 30 years before you’re off the hook. Still, it’s pretty doable. The police give art theft a low priority, so if you can hide a Rembrandt in your attic for a few decades, it’ll be yours.

5Get A Government Employee To Help You Inject Heroin
Canada 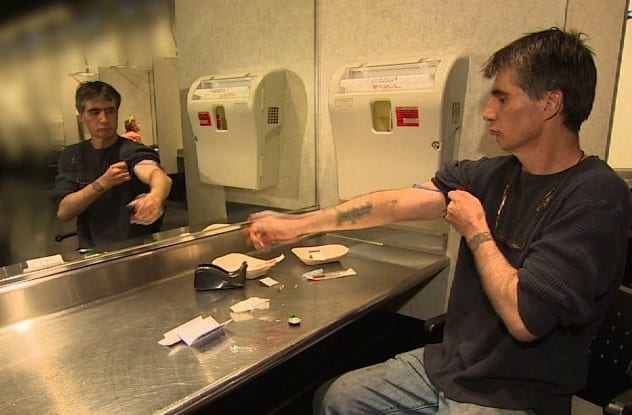 If you look for it in downtown Vancouver, you’ll find InSite, a government building where addicts can legally inject heroin with the help of a medical professional.

You have to bring your own drugs to enter, but there’s no risk of arrest for visiting, and you can give the people there a fake name. Inside, you’ll find 12 injection booths, each equipped with a clean needle and sterile equipment. The medical staff will even help you find the right vein. Mostly, though, they stand there and watch you in case you overdose, to make sure you’re doing heroin safely.

The program started because, 20 years ago, Vancouver had the highest HIV rate in the developed world. It’s been a huge success. Some people even come back two or three times a day. 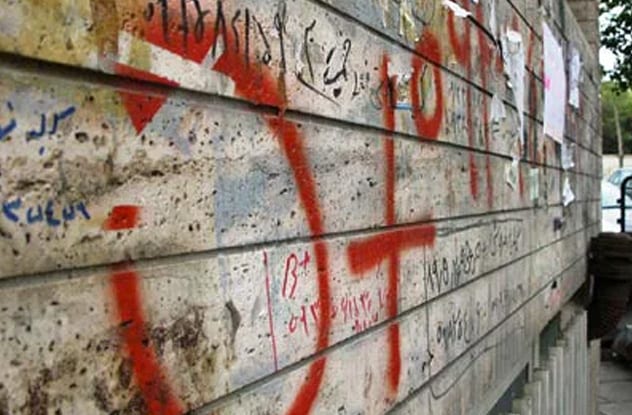 In Iran, people will put up posters around town advertising that they have a kidney for sale. They usually write their blood type and phone number, but some people get a bit more competitive. Some posters are splashed with bright, attention-grabbing colors. Others show off test results that prove their kidney is in good health. Some people even pull down the ads of competitors to make sure that, next time you need a kidney, you notice their poster first.

The practice is definitely controversial, but some claim it’s working wonders for Iran’s health care system. Since Iran opened up a kidney market, donor waiting lists have been completely eliminated.

3Self-Identify As A Dragon
Russia 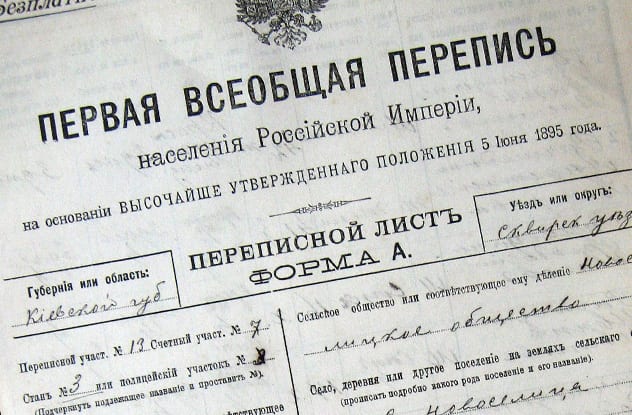 If you believe hard enough, you can call yourself a dragon anywhere. No one can force you to stop introducing yourself as Smoltar, the Golden-Scaled Dragon of the Dwarven Pass. In most places, though, you can’t force them to accept you as a dragon—except for in Russia.

On a Russian census, you can legally identify yourself as any ethnicity you want, even if it doesn’t exist. Young people often put themselves down as elves and hobbits, and older ones tend to register as Martians. Whatever they write, as far as the Census Bureau is concerned, is accepted as a fact.

In some ways, this has done some good. In southern provinces, several people have used the open space to classify themselves as Coassacks—registering themselves as a real ethnicity that just doesn’t show up as an option.

2Own A Minigun
The United States 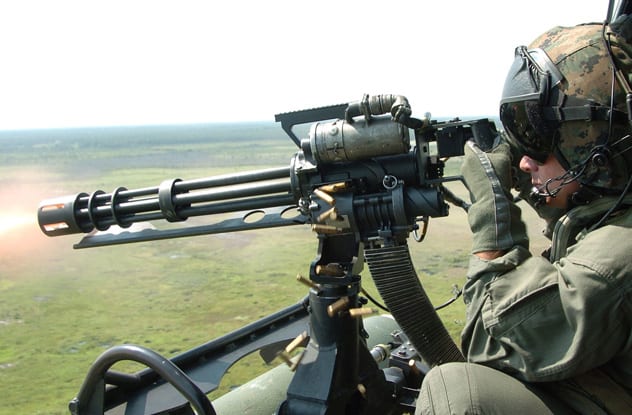 Most people already know that Americans have fought for and won the right to carry assault rifles, but you might not realize just how far those rights go. Because, in America, you can even buy a minigun.

Miniguns, which were only ever intended to mow down thousands enemy troops, can fire up to 6,000 rounds per minutes—and you could have one in your own home. A loophole in the 1986 Firearm Owners Protection Act made it technically legal for American citizens to buy one for home protection.

You need a Class 2 license to get one, and they’re expensive and hard to track down, but anyone who’s determined enough can start protecting their home with a weapon that was built to take on the Viet Cong. 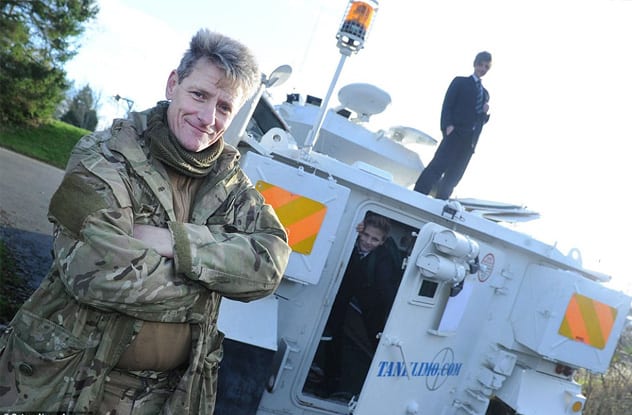 Technically, England isn’t the only place you can drive a tank. There are plenty of places in the United States that let customers go on a joy ride in an armored vehicle—some even letting you crush cars or drive through a mobile home.

England, though, takes it one step further—in England, tanks are road legal. You can drive a tank anywhere you want to go, whether you’re on your way to the grocery store or to pick up your kids after school.

You have to deactivate the weapons and have rubber tracks fitted on the wheels, but as long as you do that, you can take your tank anywhere you like. People do it, too. One man has even set up a “Tank Limo” that picks up customers and takes them wherever they want, so teenagers in England can really make an impression at prom.