Courts can categorize nonhuman entities like rivers, forests, mountains, and animals as humans. The courts do not necessarily call them humans straight-up. Instead, they give them the same rights given to humans.

When this happens, harm against the nonhuman entity will carry the same punishment as harm against humans. Imagine getting tried for assault because you whipped a river. Nobody has been charged for that so far, so we have yet to be treated to some legal humor. 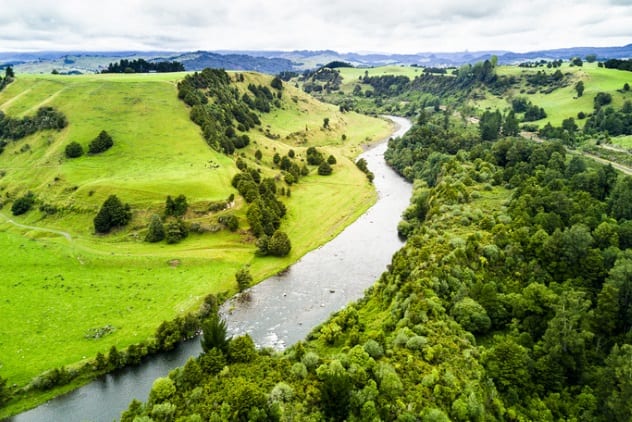 The Maori had been trying to get New Zealand to recognize the Whanganui River as a living entity for over 140 years. This came to an end in 2017, when a New Zealand court ruled that the river now had the same rights as humans.

This means, as implied above, that anybody who harms the river could receive punishments reserved for harming a person. Considering that rivers don’t talk, the court appointed two people (a Maori and a government official) as the Whanganui’s guardians.[1] 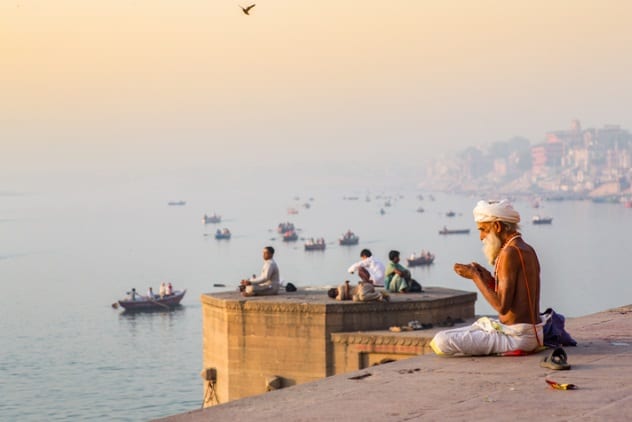 In 2017, a court in the state of Uttarakhand in India ruled that the Ganges and Yamuna rivers could be protected by the same rights as humans. (The Ganges is pictured above.) Interestingly, the judgment was inspired by New Zealand’s Whanganui River decision, which had been made barely a week earlier.

The Hindus consider the Ganges and Yamuna rivers sacred. However, both rivers are heavily polluted. Some 1.5 billion liters (400 million gal) of sewage and 500 liters (132 gal) of industrial waste is dumped into the Ganges every day. Cremated human remains are also a problem. Some parts of the Ganges are so polluted they have become uninhabitable for aquatic life.

People soon started to blame the governments of Uttarakhand and the neighboring Uttar Pradesh, which the Ganges also flows through, for not doing enough to protect the sacred rivers. This caused the court in Uttarakhand to determine that the rivers could receive the same rights as humans.

Anybody who polluted the river could have been charged for assault or even murder. Because of obvious communication problem between rivers and humans, the court appointed three people as the rivers’ guardians.

Unfortunately, the Indian supreme court overruled the judgment a few months later after Uttarakhand’s state government contested the ruling. The state government insisted that a river could not be considered human. It argued that the judgment would lead to weird court cases whenever somebody drowns in the rivers or they flood.[2] 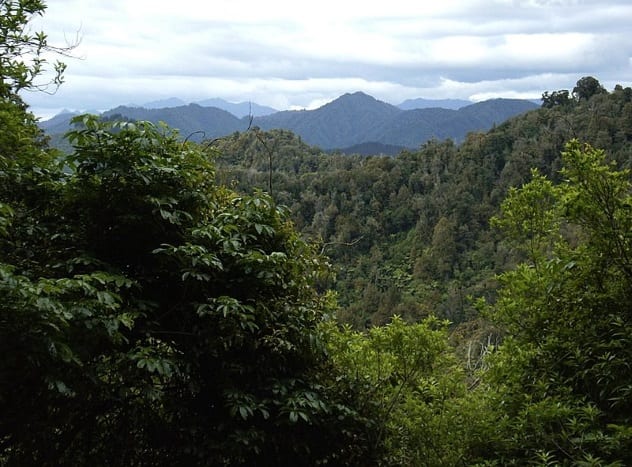 In 2014, the New Zealand government passed the Te Urewera Act. Named after the Te Urewera National Park, the act determined that the forest that forms the national park could receive the same rights as humans.

The new law stated the forest could no longer be classified as a national park because it cannot be owned by a human being or the government. Its new owner is itself. However, a board of humans was created to become the guardians of the forest. The law was passed to preserve the history and ecology of Te Urewera.[3]

On a side note, some Canadian academics have suggested that a law similar to the Te Urewera Act could be passed to protect heavenly bodies. Commercialization of space is a hot topic, and it is only a matter of time before some private businesses starts mining minerals from asteroids.

7 All Animals In Uttarakhand 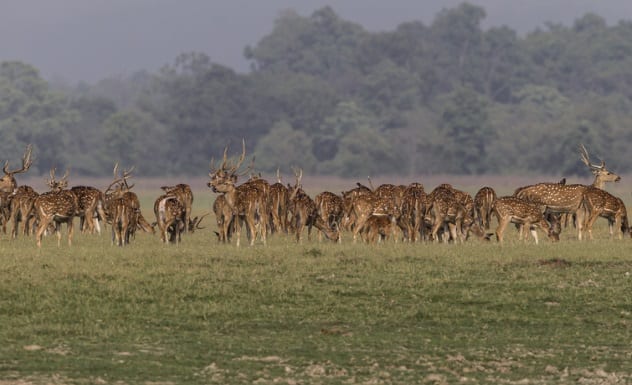 A year after ruling that a river could be legally human, Uttarakhand returned to grant human rights to nonhuman entities. This time, it was animals. The judgement ruled that all animals in the state have the same rights as humans.

The law was passed to stop animal cruelty, illegal poaching, and pollution. Curiously, it covered all domestic and wild animals, including birds and fishes. Instead of appointing a few people as guardians of the state’s animals, the court appointed every citizen of the state as guardians.

Yes, everybody in Uttarakhand is obligated to see that every animal in the state is protected and cared for. The court declared every state citizen in loco parentis (Latin for “in the place of a parent”).

The law also banned people with domestic animals from using dangerous tools on the animals. All work animals are also required to be freed from their harnesses whenever temperatures go over 37 degrees Celsius (98.6 °F) or fall below 5 degrees Celsius (41 °F). Animals used for transportation are also required to be boldly marked to prevent accidents.[4] Given that the Supreme Court of India struck down the ruling concerning the Ganges and Yamuna rivers, we’ll see if this one lasts. 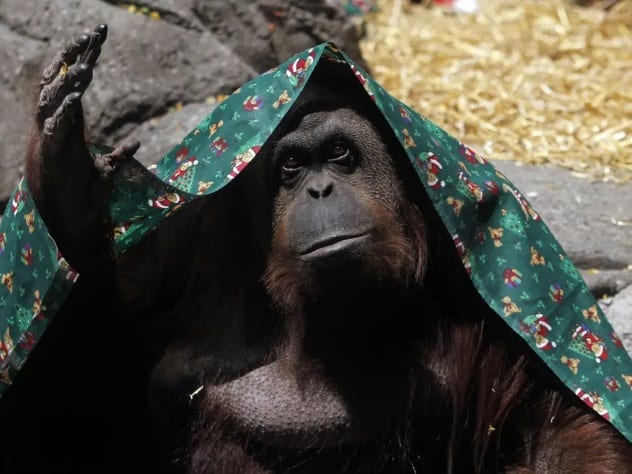 In 2015, an Argentinian court granted Sandra, a 29-year-old orangutan living in a zoo in Buenos Aires, the same rights as humans. Unlike other judgments, this ruling didn’t start off as an attempt to have the court give Sandra the same rights as a human.

The whole thing began in 2014 when the Association of Officials and Lawyers for Animal Rights (AFADA) demanded that the zoo release Sandra. The zoo refused, and the animal right activists litigated.

Instead of trying to get the zoo to release Sandra, the animal right activists filed a habeas corpus petition to force the court to determine if Sandra should be treated as a person or thing. Such petitions are usually filed to determine if it is legal for a person to be imprisoned.

Habeas corpus petitions are generally only filed for humans. However, the AFADA’s attorneys filed one for an orangutan and delcared that Sandra should be considered a “non-human person,” effectively giving her the same rights given to a human. In 2015, a judge agreed.[5] Attempts were made to have Sandra freed and transported to a sanctuary in Brazil. As of 2017, however, she remained at the zoo. 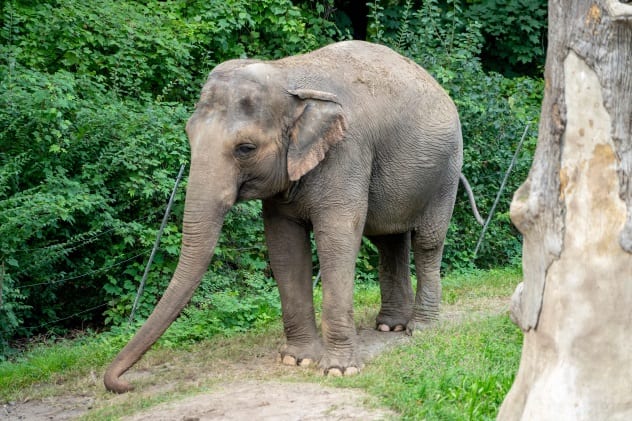 Still on habeas corpus, a New York court gave an elephant the same rights as humans in November 2018, after attorneys of the Nonhuman Rights Project (NhRP) successfully filed a habeas corpus petition on its behalf. The elephant in question is 47-year-old Happy, which lives in the Bronx Zoo in New York.

The Nonhuman Rights Project argued that Happy was lonely and did not get enough space. Her partners had either been euthanized or killed by other elephants. Besides being the first elephant to have ever been granted the same rights as a human, Happy is the first elephant to pass the mirror self-recognition test, used to test self-awareness in animals.

The success of the habeas corpus petition allowed the court set a date to determine whether Happy will be left in the zoo or freed and transported to an elephant sanctuary.[6]

4 A Pair Of Chimpanzees 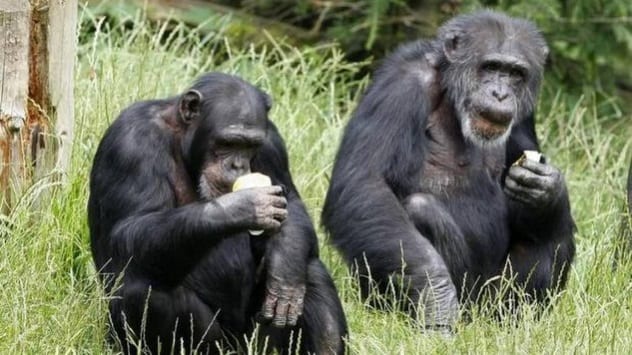 And still on habeas corpus, in 2015, the Nonhuman Rights Project filed a petition on behalf of two chimpanzees held at Stony Brook University, Long Island, New York. The chimpanzees were called Hercules and Leo and were used for biomedical research. NhRP claimed they were being illegally imprisoned at the school.

NhRP filed its first habeas corpus action for the chimpanzees in 2013, but it was thrown out. It filed several more until 2015, when New York state supreme court judge Barbara Jaffe issued a writ of habeas corpus and ordered Stony Brook University’s attorneys to appear in court.

As with other cases, the writ issued by the court effectively granted Hercules and Leo the same rights as humans. Now, it was left to the university’s attorneys to successfully argue that the chimps’ imprisonment was legal.

Judge Jaffe later withdrew the habeas corpus writ for unknown reasons. However, the case remained.[7] Leo and Hercules were ultimately released and transported to a sanctuary in Georgia. 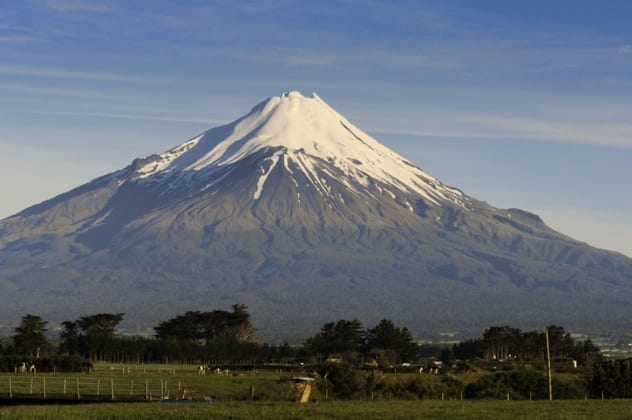 The law was passed at the urging of the Maori, who consider the mountain, a volcano that has not erupted since 1775, an ancestor and relative. The ruling was also intended to preserve the mountain, which is a popular tourist attraction.

2 The Amazon Rainforest In Colombia 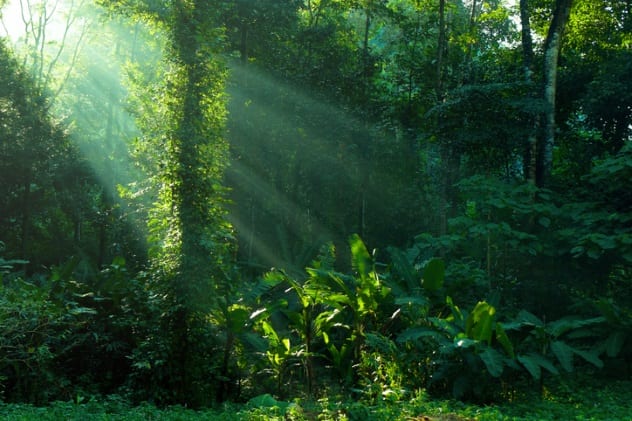 The gradual loss of the Amazon has been in the news for some years. The forest is being destroyed by farmers, miners, loggers, and cocaine planters. Colombia has stepped in to protect the part of the Amazon within its territory, which is the same size as England and Germany combined.

As part of a judgement passed in 2018, the Supreme Court ruled that the part of the Amazon rainforest within Colombia’s borders has the same rights as a human. The court also ordered the government to protect the forest and blamed it for not stopping deforestation and not protecting the forest much earlier.

While Colombia has taken steps to protect its own part of the Amazon, Brazil, which has an absolutely massive chunk of the Amazon, has not granted the rainforest human rights or anything of that sort. And it does not seem like it will be doing so anytime soon.

In fact, Brazil was considering suspending a law that banned the deforestation of the Amazon for sugarcane farming at the time Colombia passed its law. Or maybe we blame the Brazilian youth for not protecting the rainforest because Colombia made its ruling after 25 children and young adults between ages seven and 26 filed a lawsuit.[9] 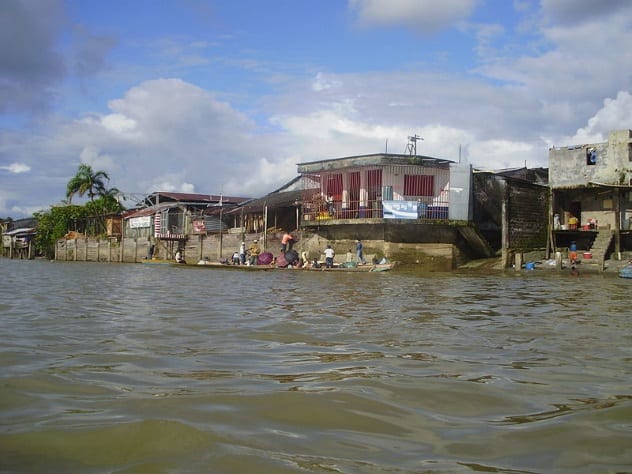 In 2017, the no-nonsense Colombian courts granted human rights to the Atrato River, which flows through Choco Department in the northwestern part of the country. As part of the judgment, the court ruled that we humans are one of the many species on Earth and do not own other creatures.

Like the Amazon, the Atrato River has been heavily damaged by illegal loggers and miners. The pollution in the river is so severe that aquatic life is being threatened. The Atrato is fed by over 15 other rivers and 300 streams. The water comes in clean but quickly becomes contaminated the moment it enters the river. The court also ordered the government to clean up the Atrato.[10]

Read more about the weirder side of law on 10 Bizarre Legal Actions Regarding Mythical Creatures and Top 10 Crazy Legal Defenses That Actually Worked.