The first English colony in America was abandoned without a word or a trace. When a ship arrived with supplies, they found it deserted with no signs of a struggle. Only one clue was left behind—the word “Croatoan” etched in a tree.

The story of the lost Roanoke Colony has lived on as one of the greatest American mysteries, but the disappearance is far from where the story begins. That story is full of some absolutely horrible atrocities; it’s also one that just might hold some strong clues about the colonists’ fate. 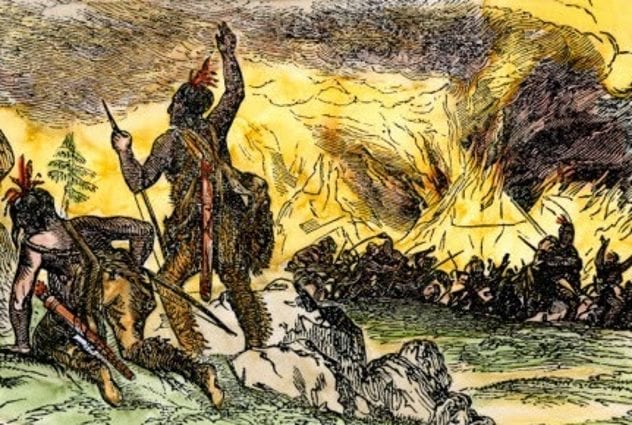 The Roanoke settlers weren’t good people. They viewed the natives as savages, and they treated them like savages, too.

From the moment the colony was established, they built bad blood with the people around them. Shortly before their fort was built, a colonist discovered that one of their silver cups had gone missing. They quickly became convinced that a native man had taken it—and they weren’t going to let him get away with it.

By English law, the penalty for theft was usually whipping, but English law didn’t apply for the natives. Instead, the Roanoke settlers burned every inch of the native man’s hometown to the ground, all because they’d lost a single cup.

9 The Natives Tried To Involve The Colonists In Their Wars 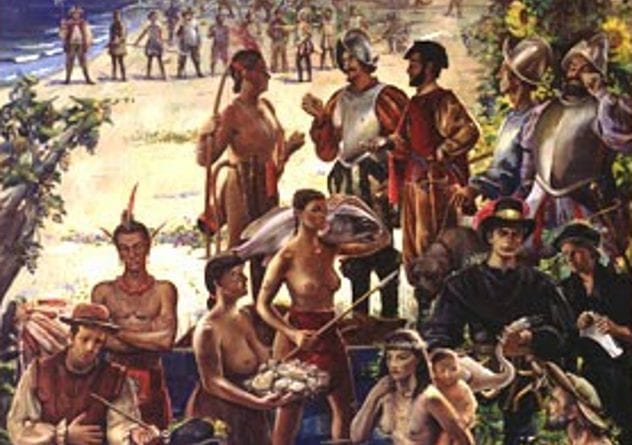 The colony was not a success; they were almost immediately hit by famine and started to starve. The only food they could grow was corn. They had to rely on the help of natives to stay alive.

A tribe called the Secotans gave them food—but they didn’t do it for free. They’d seen the Europeans’ weapons and technology and knew that whoever managed to team up with them would have a major advantage when the next tribal war broke out. The Secotan chief, Wingina, vied for the colonists’ sympathy. An enemy tribe, he told them, had invited some of his people to a peace talk and then massacred them during the feast. He wanted revenge.

The English didn’t want to get involved, so Wingina’s attitude changed. He stopped sharing food with the settlers and told them that he didn’t have enough to spare. Wingina told the colonists that it wasn’t his fault the colonists were starving to death. There was simple reason why: “Your Lorde God is not God.”

8 The Colonists Kidnapped And Ransomed Natives 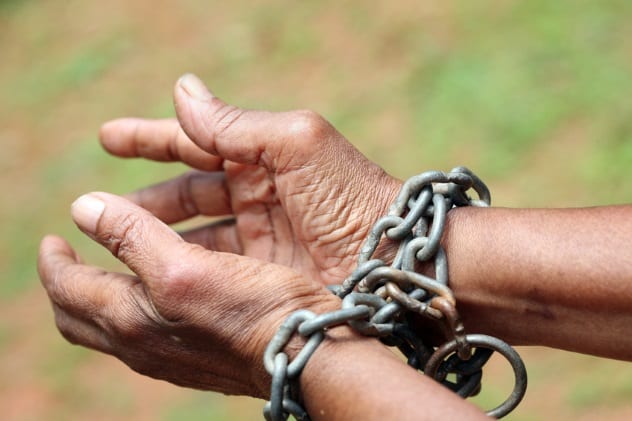 With their crops dying, the colony resorted to some desperate measures to get food from the natives. The governor, a man named Ralph Lane, was famously cruel. He would regularly kidnap natives and hold them hostage—not because they’d done anything wrong, but because they were useful bartering chips.

The natives weren’t too happy with his approach. One of Lane’s hostages, a boy named Skiko, tried to make a break for it. He ran for freedom, but Lane caught him. He locked Skiko up, beat him horribly, and threatened to cut off his head.

After torture at Lane’s hands, Skiko let slip that the tribes were planning to rise up and attack Roanoke, and Wingina was organizing them. Lane would be the first to die.

7 The Colonists Murdered The Secotan Chief 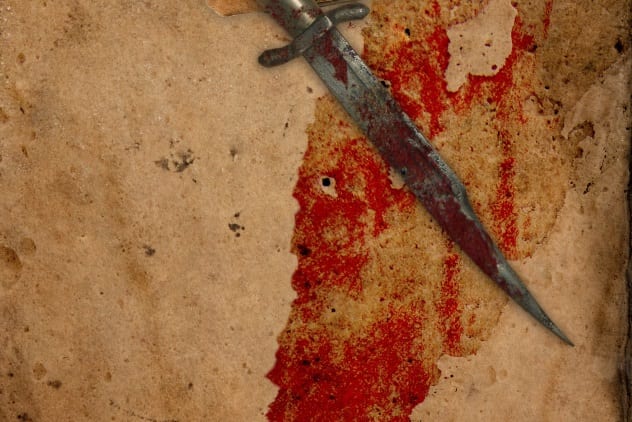 Lane decided to strike first. He gathered together an armed group and raided Wingina’s camp in the night, slaughtering every person they could find. The Secoans were caught off guard, and the Roanoke settlers ripped through them easily.

Lane spotted Wingina and becokoned him to face him on the shore, man-to-man. Wingina obliged. He rushed at Lane—but was shot in the back by another man. For a moment, he laid still on the ground. The settlers thought he was dead. Then, realizing all was lost, Wingina got up and fled into the forest.

He didn’t get away. A man named Edward Nugent chased after him and emerged from the woods a few moments later, carrying Wingina’s severed head.

6 The Croatan Chief Helped The Colonists Slaughter His Own People 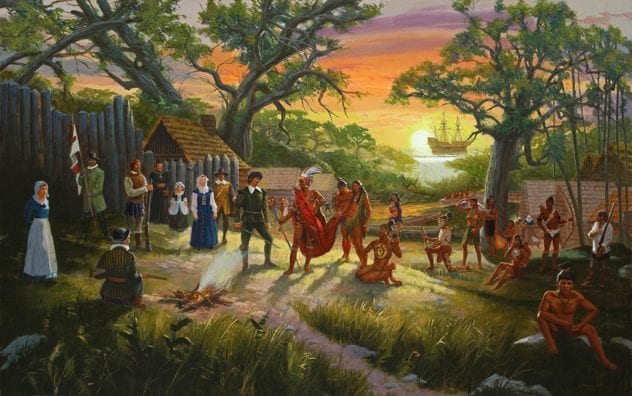 In time, Lane left the colony. He sailed back to England, leaving an artist named John White in charge. Lane’s reign of violence was over, but there were still many more bodies to come.

“Croatoan” wasn’t just a nonsense word; it referred to the Croatan, the only tribe that actually got along with the colony. Manteo, the Croatan chief, was the colony’s most valued guide and interpreter. He was so dedicated to the colony that he was even baptized as a Christian. When the Roanoke tribe (which the colony was named after) became hostile, White sent Manteo out to talk with them, hoping to smooth out some of the tensions that Lane had left.

Manteo returned and reported that the Roanoke tribe had killed 20 Englishmen over the past two years. White was livid. He organized a group of 25 men and ordered Manteo to lead them to the killers so they could get revenge.

Manteo did as he was told, but he accidentally led them to the wrong place. By mistake, he took them to a group of Croatans, living peacefully away from the main tribe, and led the English forces as they massacred his own people.

5 The First English Baby Was Born And Lost At Roanoke 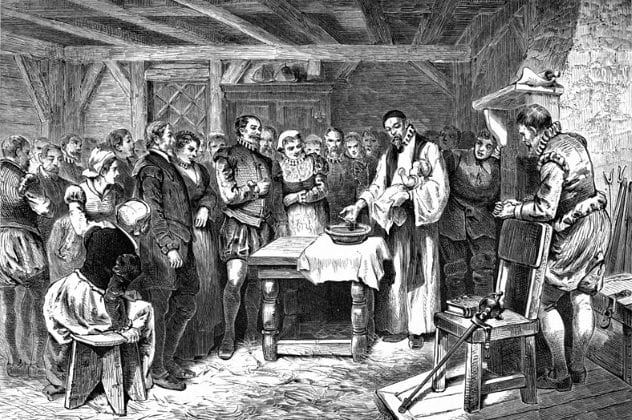 The first English child born in America was born at Roanoke and was lost with the colony. Her name was Virginia Dare, and she was the grandchild of Governor John White.

Just nine days after her birth, though, White left. The colony was still starving and in hostile land. They were in desperate need of aid. If his granddaughter was going to survive, White would need help from the empire.

He brought Manteo with him. The two promised to return within three months, but they didn’t. England was at war with Spain, and the fighting kept White and Manteo from making the trip back. It took three years before they made it back to Roanoke—and by then, it was too late.

4 The Spanish Army Found The Colony 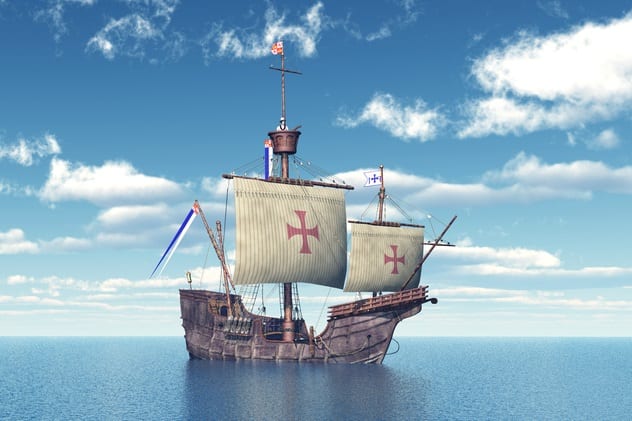 The Spanish Army had heard about Roanoke colony. However, instead of a small group of 118 people, they believed it was a powerful English military base. They were hunting for it, determined to destroy it.

Shortly after White left, the Spanish found it. They’d thought it was in the Chesapeake Bay, assuming that Roanoke Island was too small to contain the enormous army they’d imagined. On the way back from a failed search of the bay, however, a man named Vincente Gonzalez was hit by strong winds—and blown right to Roanoke Colony.

Gonzalez didn’t enter the colony itself, but he found clear proof it was there. He reported his discovery to Spain, pushing for a total invasion of Roanoke.

3 Nobody Actually Tried To Find The Lost Colony 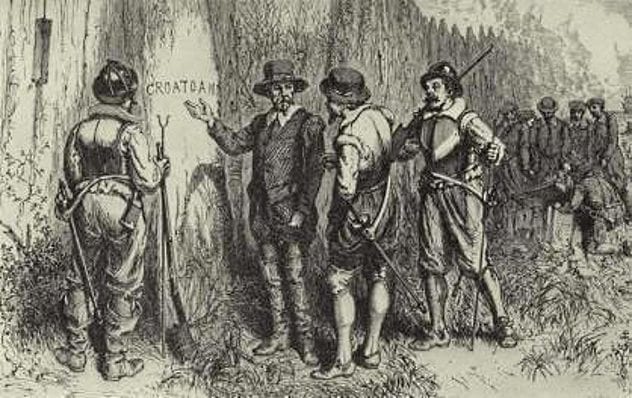 When White returned, the colony was abandoned. White was sure, though, that the word “Croatoan” meant they were safe, hiding with the one tribe that didn’t want them dead.

White wanted to find his family. He convinced the captain to sail to Croatan, but a heavy storm hit, and their food started to run low. Instead, the ships went south to get fresh water, but once they’d restocked, White couldn’t get anyone to go back and help him find his family. White was sent on to Trinidad and then ultimately back to England. He never saw his family again.

Other people tried to look for the colonists. Sir Walter Raleigh sent out teams to find them, but every one turned back due to bad weather before starting a real search. Over in England, Raleigh was soon accused of treason, and the searches stopped.

The Spanish, too, tried to hunt the colonists down. They got word that they were living in the Chesapeake Bay and planned a full assault, but the plan was dropped. Nobody ever saw the colonists again. 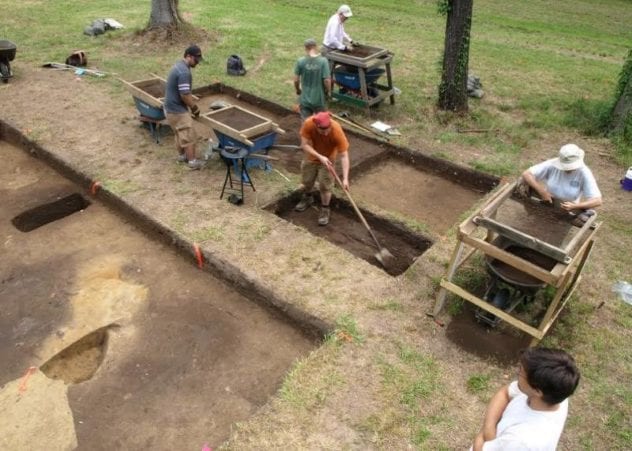 James White marked a tiny star on a map of Virginia, so well-concealed that it was only found recently. It marked where he believed his family had fled. It took until 2012 before anyone searched the area White had marked. The archaeologists who did found 16th-century English supplies that could only have belonged to the Roanoke colonists.

There was English pottery, flintlocks, and tools that the colonists seem to have taken with them as they fled to the safety of a friendly tribe. There’s also evidence that they didn’t stay put. Other 16th-century English artifacts have been found at the homes of various tribes on every side of the old settlement.

It seems that the colonists settled into native life. In 1701, a man named John Lawson visited the Croatan. Be then, they had light hair, blue eyes, and spoke fluent English. There was little doubt, he wrote, that the people he saw were the descendants of the lost colony. 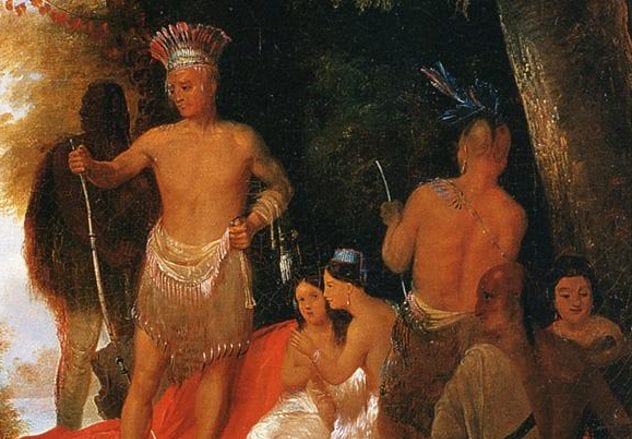 Fleeing to neighboring tribes might not have been enough to keep the colonists alive. A few years after they disappeared, John Smith landed in the Chesapeake Bay. There, he met Chief Powhatan—best known today as the father of Pocahontas—and learned the fate of the Roanoke colony.

Powhatan’s priests had told him that a great empire would rise from the Chesapeake Bay, and he sent his men to slaughter the tribe living there. There among then, Powhatan said, were a group of white faces, living among a native tribe. The strange sight of white faces among the tribe didn’t stop Powhatan. He murdered every one of the Roanoke colonists he found.

It’s possible that some of the colonists escaped Powhatan’s onslaught, but no survivors were found. For most, the end likely came shortly after they’d finally learned how to live in peace with their neighbors—at the hands of a warlord who hadn’t.