Imagine you’re in a car, speeding along with no brakes or any ability to turn. Now imagine tons of other drivers in the same circumstances. It’s only a matter of time before a collision happens. That’s essentially what awaits us if we do not combat the ever-growing amount of junk floating in orbit of our planet. Here are ten rather sobering facts about space junk.

10 The US Air Force Catalogues And Tracks Space Junk 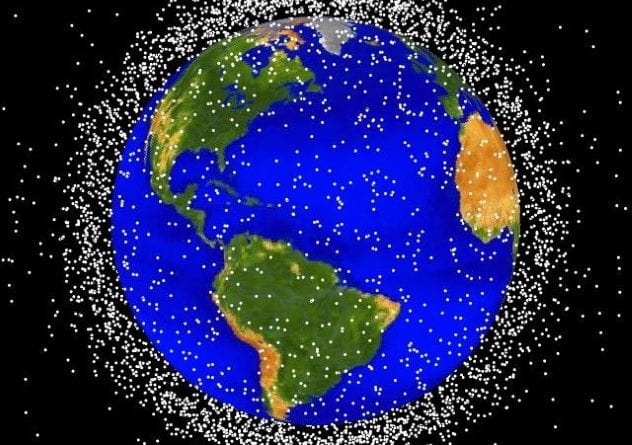 Since the early 1980s, the US Air Force has maintained a dedicated team that logs and tracks as much space debris as possible. Over 20,000 individual items at least the size of a small ball are being tracked as well as about 500,000 marble-sized pieces of debris—and that number looks likely to increase.

Each of these items is traveling around the Earth at around 28,000 kilometers per hour (17,500 mph). Should any of them strike another item—be it more space debris, a “live” satellite, or even the International Space Station—the consequences would be tragic. Even a single speck of paint (which is too small to track) hurtling around the planet can cause considerable damage to spacecraft or kill an astronaut during a space walk. 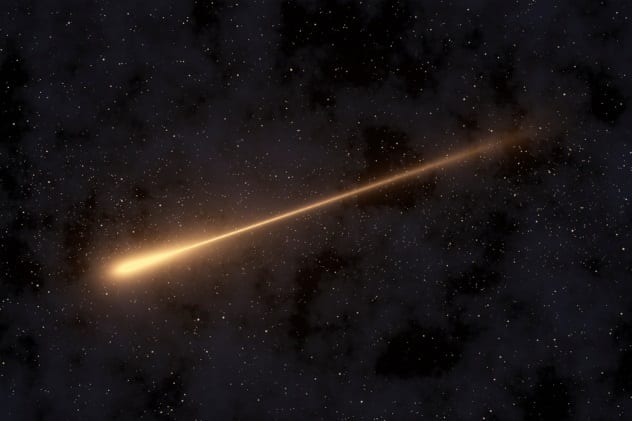 One way to deal with the space junk is to send it back to Earth, burning it up in the atmosphere during reentry. How exactly this will be put into practice is not yet fully agreed upon, but it’s accepted as a very viable option for cleaning up some of the debris field currently in orbit.

It was noted that when WT1190F (the log number of a particular piece of debris) was predicted to land in the Indian Ocean—after once being in an orbit as far out as the Moon—that it was possible to monitor and then predict an object’s movements. The landing of WT1190F also allowed researchers to observe the effects of space debris reentering the atmosphere as well as to test their emergency plans for any gigantic piece of space junk suddenly heading our way. 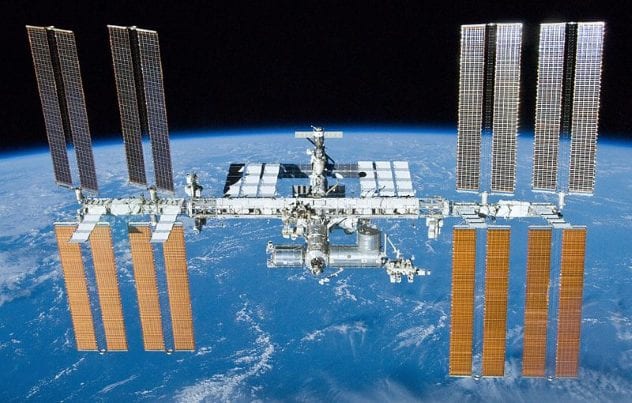 Bearing in mind that even a modest change of position takes days to complete, the International Space Station (ISS) had to be moved three times in 2014 in order to avoid a potentially catastrophic and deadly collision. What’s more, 2014 was not a particularly unusual year in terms of avoiding such collisions. Debris is constantly monitored from Earth and aboard the ISS, with changes in orbit occurring relatively regularly.

There are times, however, when debris is noticed too late for the ISS to be moved in time. In these tense situations, all astronauts have to make their way to emergency shelter areas and sit out the impact. 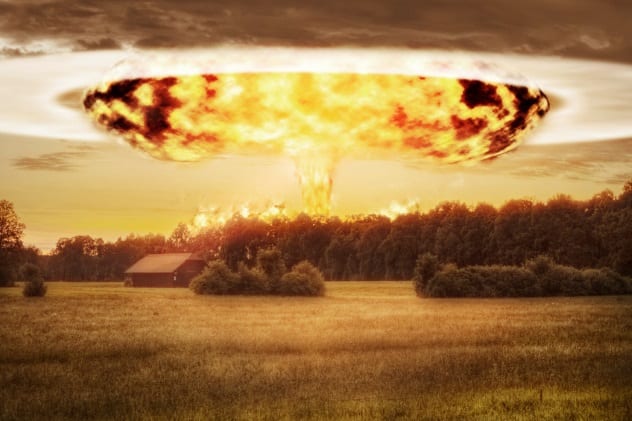 Should a satellite be hit by a piece of space debris, it would either be severely damaged or completely destroyed. Should that happen to even just a few major satellites, then life here on Earth would be drastically affected. Live television broadcasts, the Internet, GPS, and your mobile phone could be affected.

As cosmetic as those changes may be, there is also the very real and grim possibility that such destruction of satellites could lead to conflicts between nations. In an already suspicious world, an innocent accident like a satellite being struck by space debris could be mistaken for an attack on a country’s defense capabilities, which in turn may cause retaliatory action. Such predictions bear grim similarities to the days of the Cold War. 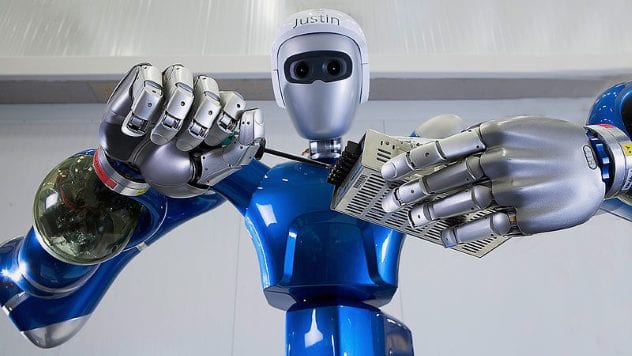 The European Space Agency is hoping to deploy a piece of technology that would make life for astronauts a little less dangerous in terms of having to operate in space debris. A remote-controlled robot called “Justin” would perform space walks in place of live astronauts, removing the possibility of humans being struck by debris.

The robot astronaut would be controlled from the ESA’s Columbus laboratory aboard the International Space Station by an operator wearing an exoskeleton glove. Electronic sensors then reproduce the sensation of touch, so the operator would feel as though he is touching what Justin is. 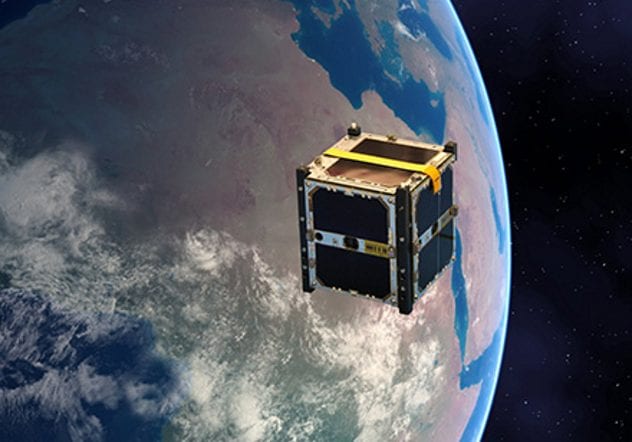 It is said that “cube” or “box” satellites (aka “cubesats”) can almost be thrown into orbit and are almost as easy to take on routine supply missions to the International Space Station as a piece of luggage. They are also, however, uncontrollable. As soon as one is put into orbit, thrown or otherwise, it essentially becomes a piece of space debris that is just as likely to crash into something as a piece of a spent rocket booster.

The uncontrollable nature of cubesats isn’t just an unfortunate by-product; it’s estimated that one fifth of all of cubesats actually violate international orbit disposal guidelines and therefore shouldn’t have been launched in the first place. While there have been no known collisions involving cubesats, the rate at which they are being put into orbit in their current form rapidly increases the likelihood of it happening in the near future.

4 Every Collision Increases The Problem 100-Fold 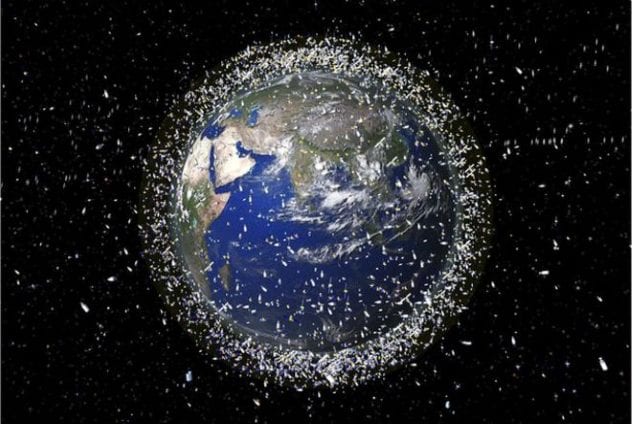 Although there have been very few collisions with active satellites or spacecraft, even space debris hitting other space debris can have a severe impact. It is said that each collision of space junk increases the problem 100-fold, as the impact turns two previously tracked pieces of debris into hundreds of new pieces that have to be reidentified and tracked. And the smaller those pieces are, the more difficult (or impossible) they are to locate.

This is essentially the main problem for those looking to combat the problem of space junk—that dead, orbiting debris is not under any form of control. While you can move a shuttle or a satellite out of the way, you can’t do the same for a piece of debris about to be impacted by another. 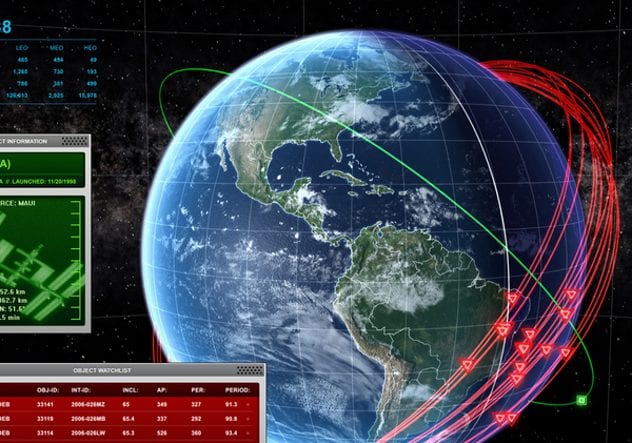 Although the Space Fence program wont be able to reduce the amount of space debris in orbit, it will be able to assist the US Air Force in better tracking what is already out there. The Space Fence is a digital radar system that extends a virtual fence around the planet and will have the ability to log debris as small as 10 centimeters (4 in), using optical sensors and a much higher wavelength frequency than is currently used

The ability to track much smaller objects in addition to the larger ones will leave scientists much better able to predict the movements of such objects in the future as well as to direct astronauts and satellites out of harm’s way with more notice. It’s a small step in the right direction no doubt, but it’s very much a stepping stone to where we need to be before the problem is under control.

2 Whatever Action Is Taken, The Financial Cost Will Be Huge 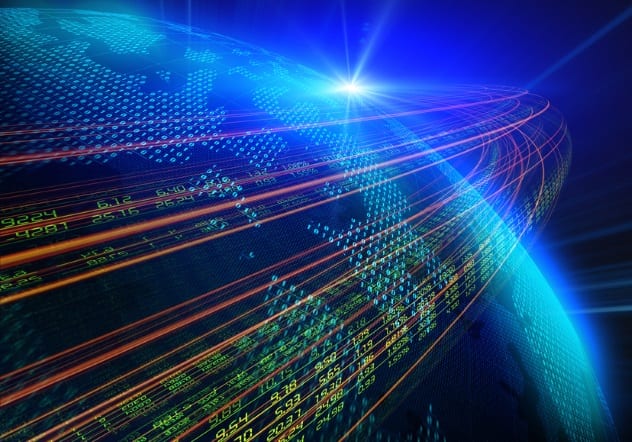 There are countless ideas and theories on how best to combat space debris, ranging from the very plausible to the more adventurous. The one thing that connects them, however, is that whatever action is decided upon, the financial cost will be huge. This only places more pressure on the situation, given that a mistake could not only not eradicate the effort, but would also be a massive waste of public money.

Speaking of that vast array of ideas to solve the problem, one particular proposed method is to “harpoon” larger pieces of space junk and then drag them to a desired location. Another was to deploy a huge “space net” that would gather space debris and then place it on a course that would send it into outer space or back to Earth to burn up in the atmosphere. There have also been various suggestions of using lasers to “nudge” objects off course and out of orbit.

Many private companies have also stepped up to the cosmic plate with suggestions on how to combat the problem, which is a welcome relief, as private companies would bring private money. They’d have the whole world as a stage upon which to show off (and then rightly or wrongly profit from) their groundbreaking technology.

1 In A Matter Of Centuries, We Will Be Trapped On Earth By Space Junk 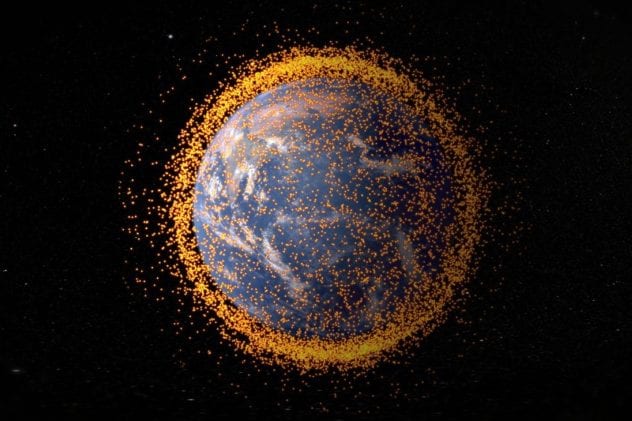 If no way is found to stem the ever-growing amount of dead, man-made items floating around our planet, then it is predicted that in only a few hundred years, we will essentially be trapped on Earth, with space missions being impossible to launch due to almost certain collision and loss of life. There is also the unknown effect that an increased amount of space debris might have on Earth and future life on the planet. Might there be the real possibility of a large piece of space junk reentering the atmosphere and not burning up, becoming a meteor hurtling toward the ground?

The amount of gadgets and even life-saving devices utilized by many people on Earth today as a by-product of space exploration is vast. Should we ever stop pushing to explore space simply because it is no longer a possibility, how many future developments might humanity miss out on?