Baby burials are extraordinarily rare finds. Infants’ bones are small and fragile, making them prone to crumbling. Young children are often the first victims of changes in the environment and living conditions. Their burials can reveal far more about an era than those of adults. However, baby burials are also much more jarring. 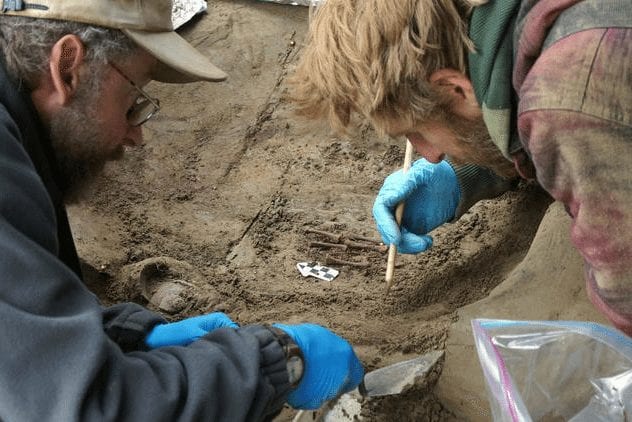 In 2010, archaeologists unearthed the charred remains of a three-year-old around Alaska’s Upward Sun River site. The child had been cremated in a cooking pit and interred in a shallow grave before the family moved on. The burial was dated to 11,500 years ago. While examining the site, archaeologists unearthed more dead babies. They now believe the oldest human remains ever found in Northern North America to be a late-term fetus. The fetus was buried together with an infant who was probably under 20 weeks old.

These ancient remains are likely united by blood or tribal kinship. There is a slight chance they were twins—one stillborn, and one a brief survivor. DNA tests need to be conducted to confirm this. They are the youngest remains in the region. No other fetus burials have been found. Jaw analysis suggests both are female. The cremated child was too deteriorated to determine sex. 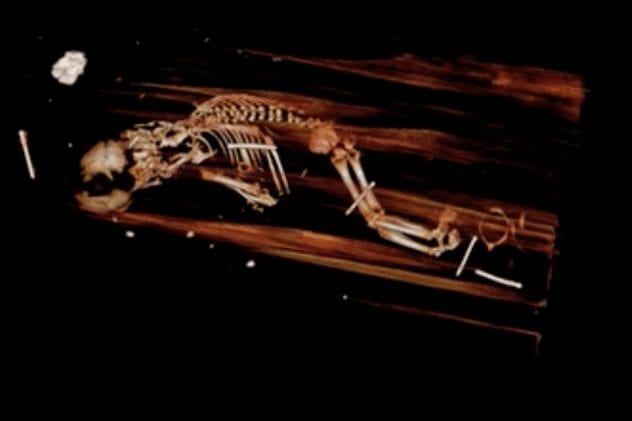 Bishop Peder Winstrup’s mummified remains rested quietly for 350 years at the cathedral crypt in Lund, Sweden. He is considered one of the best-preserved 17th-century European corpses. A recent CT scan of his remains and coffin hoped to turn up insights into 17th-century Swedish life. Instead, it revealed the body of a fetus tucked under his feet. The little corpse had been born several months premature.

The coffin had been opened several times before. Photos taken nearly a century ago attest to the remarkable state of preservation. However, previous investigations missed the baby, which was buried under herbs filling the coffin. DNA testing needs to be conducted to establish whether the bishop and the baby are related. It’s also possible that someone might have taken advantage of the bishop’s coffin to give the child a proper Christian burial. At the time, illegitimate children were doomed to unconsecrated ground. 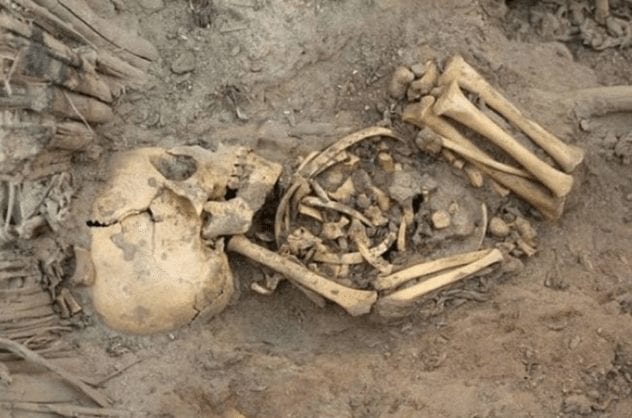 At the ancient Roman seaport of Ashkelon in Israel, archaeologists made a grisly discovery. The sewers below an ancient bathhouse contained mounds of small bones. Initially believed to have belonged to chickens, the remains belonged to Roman-era children. With over 100 individuals represented, this is the largest cache of baby bones ever discovered. There was no sign of disease. Investigation revealed the babies died perfectly healthy.

In Roman times, infanticide was considered birth control, not a crime. Exposure was a common baby culling technique. Mothers left infants outside, where they would either be adopted or left to their fate. Exposure traces its origin to the birth of Rome. Abandoned by their mother, city founders Romulus and Remus found salvation when a she-wolf adopted them, according to legend.

However, in this case, research did not support exposure. The infants were killed intentionally. The most popular theory is that they were the unwanted children of bathhouse workers. 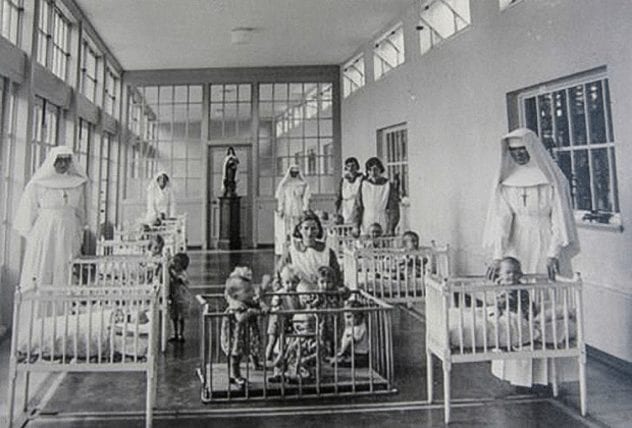 Historian Catherine Corless made a gruesome find outside Tuam, Ireland. She discovered the remains of 796 babies in a disused sewage tank. The infants died in the care of nuns who ran a home for unmarried mothers between 1925 and 1961. Operational since 1937, the septic system was in use when the callous burial practices started. The babies died of a measles, tuberculosis, and pneumonia. There is no evidence of violent ends.

The Bons Secours Sisters ran the home. Research revealed that 20 babies died each year in their care. With 200 mothers attended per yer, this amounts to an enormously high mortality rate. Most were under a year old at the time of death. The youngest was three weeks old. Two boys stumbled upon the tank brimming with bones in 1972, and local people knew about the burial site. Yet, it remained a secret to the outside world for 40 years. 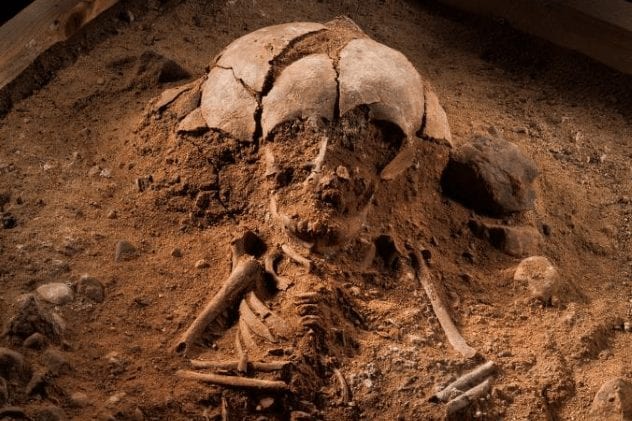 Excavations in 2013 and 2014 revealed the earliest known cemetery in Northern Europe. Dating back 8,500 years, the find is remarkable because Mesolithic hunter-gatherers were thought to have buried their dead on the move. Of the nine bodies discovered, five were children under six years old. A six-month-old baby is the youngest skeleton ever found in Germany. A 270-kilogram (600 lb) slab covered the remains. The bones and the surrounding soil were stained red with ocher.

Located 80 kilometers (50 mi) north of Berlin, the site was a dedicated burial location. The hilltop soil, hard and filled with rocks, made digging graves a challenge. The lack of water made this a poor settlement. One of the most bizarre discoveries was a man buried standing up. Dated 1,000 years after the infant, the man was buried up to his knees. His upper body decayed and fell into the grave before being buried. 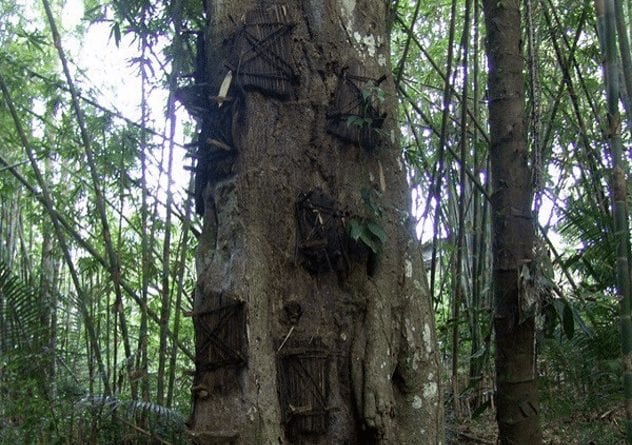 Indonesia’s Toraja people are known for their unique funeral rituals. The most famous of these is the Cleaning of the Corpses, when they exhume, clean, and parade around dead relatives—often in extreme states of decay. There are unique Toraja burial rituals regarding babies as well. According to tradition, if an infant dies before teething, they must be buried on a baby grave tree.

Parents carve a hole in a tree trunk and secure the baby inside. Palm fiber mats are placed over the holes. As the tree grows, it absorbs the infant’s corpse. Toraja belief holds that so long as the tree remains alive, so do the babies inside. In the 1920s, this unique funeral practice began to wane with the rise of Torajan Christianity. However, there are still baby grave trees in South Sulawesi. They are no longer in use but are kept as a reminder of ancient traditions. 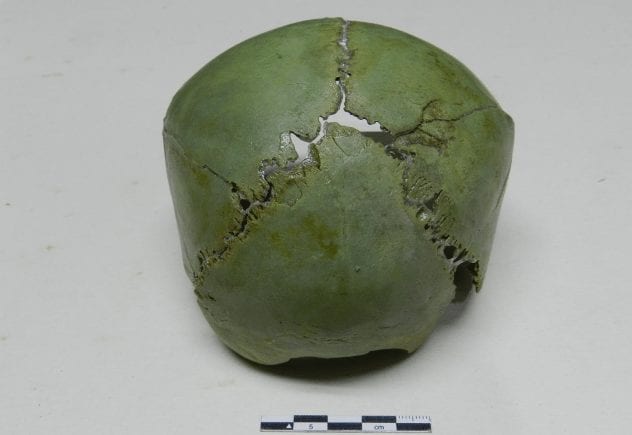 Photo credit: Maria A. Liston/University of Waterloo via Newsweek

In the 1930s, archaeologists began to excavate the agora (marketplace) of ancient Athens. In a well carved into the bedrock, they made a grisly discovery: hundreds of baby skeletons. The remains of 450 infants were mixed with bones from 150 canines. The bones were dated between 165 BC and 150 BC. Some assumed that these infants were died from plague or fell victim to mass infanticide. Neither hypothesis proved true.

Investigations revealed that the babies died of natural causes. As many as one-third may have had bacterial meningitis. Caused by cutting an umbilical chord with a non-sterile blade, this disease is still common in the developing world. Bronze scraps from a nearby metal shop found in the grave have strong antibacterial properties and may explain the incredible preservation of the remains. One infant shows multiple fractures with various degrees of healing. This 18-month-old is the oldest known victim of child battery. 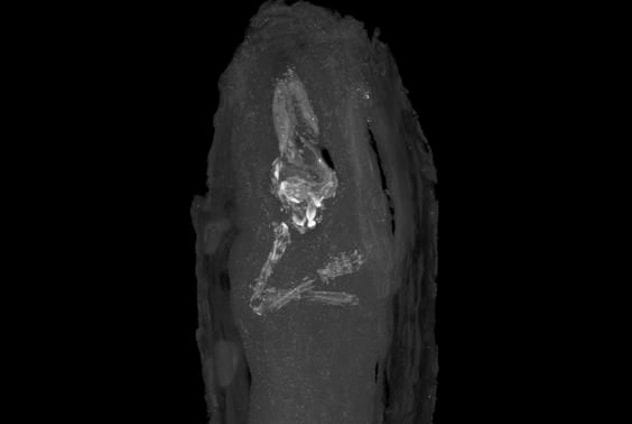 In 1907, archaeologists at Giza discovered a tiny cedar coffin. For decades, they believed it contained organs removed during mummification. However, a recent CT scan by Cambridge University revealed very different contents: a fetus. Dated from between 664 BC and 525 BC, the fetus is the youngest ever discovered. Experts believe it was only 18 weeks old at death. The child likely died in a miscarriage. There are no physical abnormalities that would have prevented the baby from being carried to term. The gender is unknown.

The care taken with the infant’s remains shed light on Egyptian conception of death and the value they placed on life. Although severely deteriorated, the coffin bears evidence of painstaking miniature carvings. The fetus was carefully wrapped and sealed with molten resin.

Tutankamun’s tomb contained the remains of two premature babies. Experts theorize that these mummies might have been King Tut’s twin daughters. 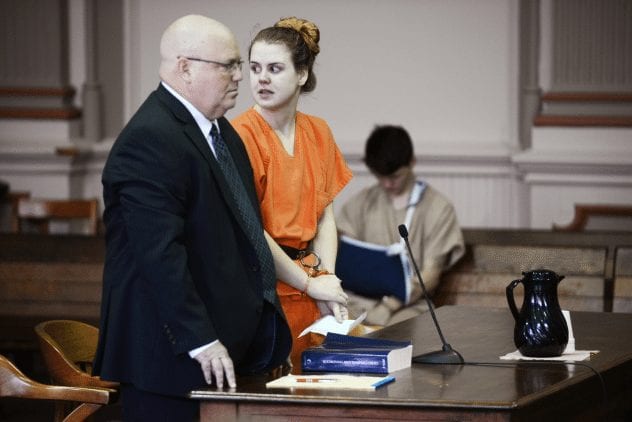 Emily Weaver, age 21, was sentenced to life in prison for murdering a newborn baby at Delta Gamma Theta house in Ohio’s Muskingum University. She allegedly drank alcohol, smoked marijuana, played contact sports, and even popped labor-inducing pills in an attempt to abort the pregnancy. However, on April 25, 2011, she gave birth to a baby girl on the toilet of the house’s half-bath. She put the newborn and the placenta in a trash bag and threw them away. The baby suffocated to death.

A housemate claimed to hear cries in the morning. She thought it was a dying cat. The horrific state of the bathroom drew the attention of the sorority house manager, who aptly described it as a “murder scene.” Rumors regarding Weaver’s recent weight gain and abnormal behavior prompted sorority sisters to search the trash bins. They discovered a heavy black bag. When they cut it open, out tumbled a baby’s foot. 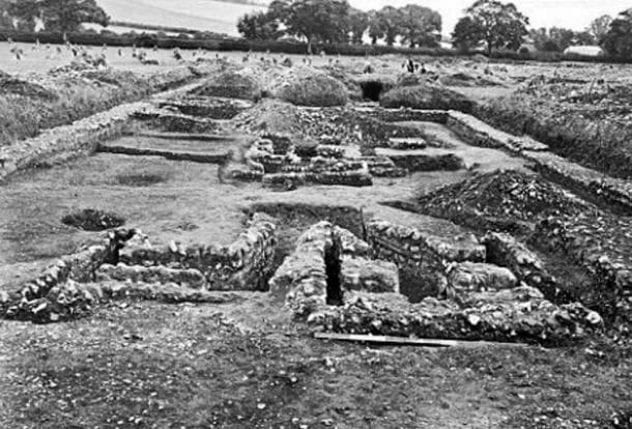 In 1912, archaeologists discovered the remains of 97 infants at a Roman-era site in Hambleden, England. Estimated to be 1,800 years old, these skeletons were barely referenced in reports. For decades, 35 of the most complete specimens were housed in boxes intended for cigarettes and shotgun shells. At some point in their storage, the baby bones disappeared, peaking researchers’ interest. The remains later reemerged in Buckinghamshire County Museum’s archive.

Unlike most child burials, these baby bones have a very narrow window of death, usually days or weeks after birth. This suggests infanticide—but why? Roman Hambleden was wealthy and had all the material means to support the children. Furthermore, there was no known illness afflicting newborns in the region. The most popular theory is that they were the unwanted children of brothel workers in the area.