Just like a photographer getting that lucky shot, astronomers sometimes look in the right spot at the right time at the right wavelength to find something really nice and rare. 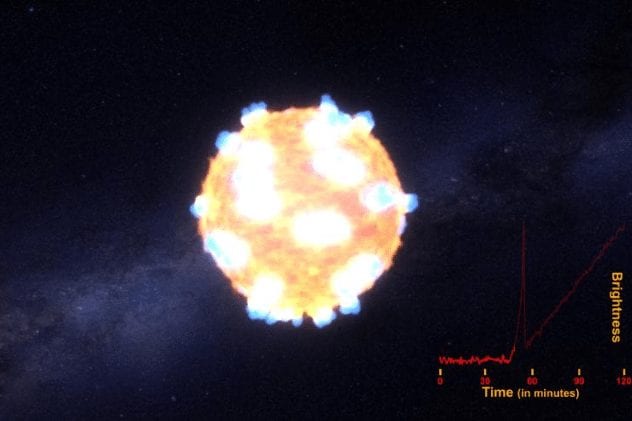 Astronomers have witnessed plenty of supernovae after the fact. Recently, they caught two within the initial stages of dissolution and glimpsed the shock wave thrown by a dying sun.

Both stars were red supergiants, elderly stars at the end of their tenure. The smaller of the two still dwarfs our own middle-aged Sun, with a radius 270 times greater. The second, girthier specimen boasts a radius 460 times greater than our relatively puny solar parent.

Astronomers saw the smaller star’s shock wave, but the larger star was fat enough that it’s shock wave didn’t make it to its surface. On the bright side, supernovae sprinkle the cosmos with new elements. The insane pressures and temperatures smash together the universe’s heavier elements as the shock wave tears space a new one at up to 40,000 kilometers per second (25,000 mi/s). 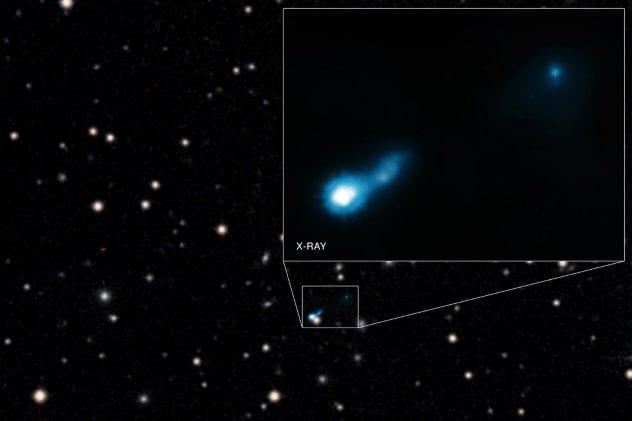 The Cosmic Microwave Background (CMB), the light residue from the big bang, is finally pulling its weight and has helped astronomers observe a black hole from when the universe was a wee 2.7-billion-year-old.

The intensifying effect of leftover energy from the big bang punched the black hole’s escaping electrons into the X-ray range, making them conspicuous to the orbital Chandra X-ray Observatory. This revealed a 300,000-light-year-long jet streaming from the black hole, made 150 times brighter in X-rays by the CMB.

Typically, such jets are observed via radio waves, but this radio-quiet B3 0727+409 system suggests that we’re missing an entire population of black holes only visible under the right circumstances.

8 Deconstruction Of A Solar System 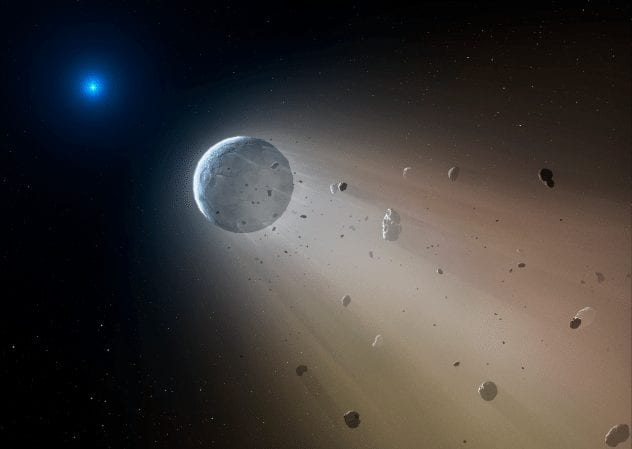 Out in the Virgo constellation 570 light-years away, WD 1145+017 treated astronomers to a scene never before observed: the deconstruction of a solar system.

The antagonist in this cosmic tragedy is a white dwarf, an Earth-sized, supremely massive cinder of a dead star not quite mighty enough to go supernova. Instead, it puffed out enormously and shed its outer layers.

The protagonist, a small rocky body the size of a large asteroid, is the first world spotted around a white dwarf. Surprisingly, it appears that the world at least partially survived its star’s death, but it’s being slowly deconstructed, chunk by chunk, its pieces raining down on the white dwarf as the dead star’s overwhelming gravity and radiation do their thing. 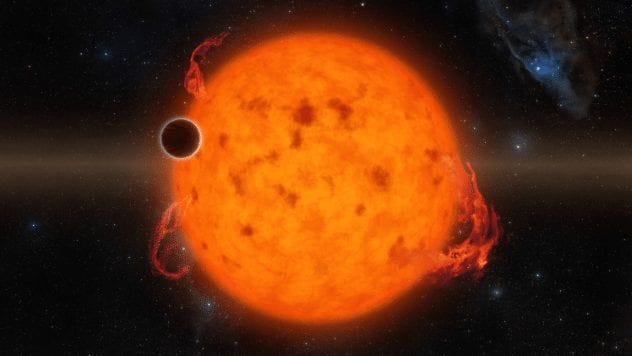 Most members of the planetary menagerie are older bodies, circumnavigating their well-aged stars for billions of years. With a potential lifespan of trillions of years for the lazier and less massive stars, it’s rare to find anything young in the universe. But recently, a Kepler-Keck telescopic team-up observed K2-33b, a fully formed exoplanet a mere 5–10 million years old—a baby compared to the other 3,000 exoplanets recorded thus far.

The planet itself is a Neptune-sized offering that orbits its star 15 times closer than Mercury does the Sun. More importantly, K2-33b and other young, close-in planets spotted recently seem to be overturning the belief that gigantic planets form farther out where it’s cool and calm. 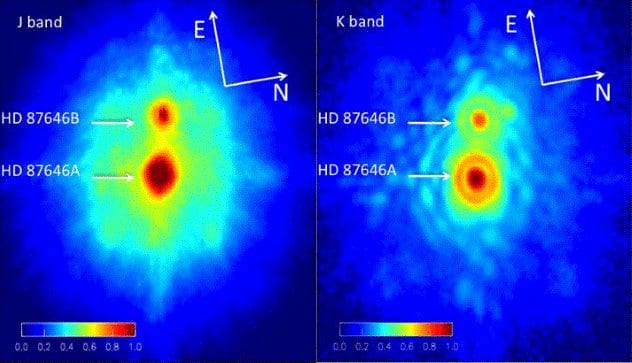 The two bodies themselves are unexpectedly huge. One is a whopper of a planet 12 times more massive than Jupiter, and the other is a brown dwarf, an aspiring star that only accumulated 57 Jupiter masses and never fulfilled its stellar dream. With the two bodies orbiting their stars at .1 and 1.5 AU, astronomers aren’t sure how such a clunky system can be stable or even how it formed, since protoplanetary discs don’t usually hold so much stuff. 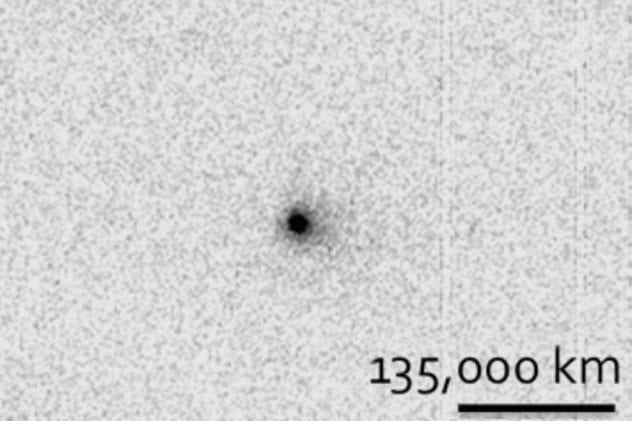 Among the many rocks and frozen rocks that zip through the solar system, C/2014 S3 is unique as a comet without a tail. Astronomers aren’t sure what to call it, so they’ve devised a new classification—“manx” comet, after a breed of equally tailless cat.

This inaugural manx comet hails from the dusty repository of frozen rock at the edge of the solar system known as the Oort Cloud. It lacks a tail like its compatriots because it has a million times less ice than any previous comet. Instead, it’s rocky like an asteroid, with only a thin trail of dust sputters in its wake.

But unlike Oort Cloud comets, which pop in and out of the inner solar system and the asteroids that girdle the inner planets, Sun beams have never touched the tailless comet’s surface. Astronomers think it formed alongside the Earth, before some other body pinballed it into the deep reaches. Sadly, the zippy comet-asteroid has come and gone, to be back in about 860 years. 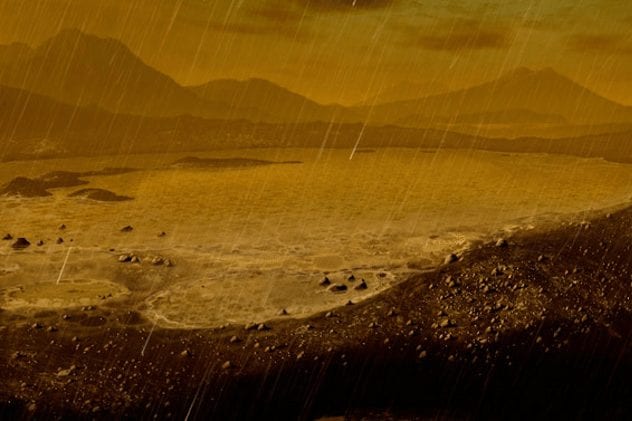 Larger than Mercury, Saturn’s bestie Titan is the second-largest moon in the solar system behind Ganymede. With mountains, seas, and a thick atmosphere, it’s an astrogeologically perverse mini-Earth. Like Earth, it rains, though with temperatures hovering around –180 degrees Celsius (–292 °F), the rain and all liquid bodies are methane. The alien drops themselves are larger than Earth’s and fall more slowly, due to Titan’s weak gravity.

In Titan-centric terms, some places see a daily morning methane drizzle. In Earth terms, this translates to three-day-long showers every 16 days. In other places, rainfall is much rarer and may only occur once every 1,000 years. 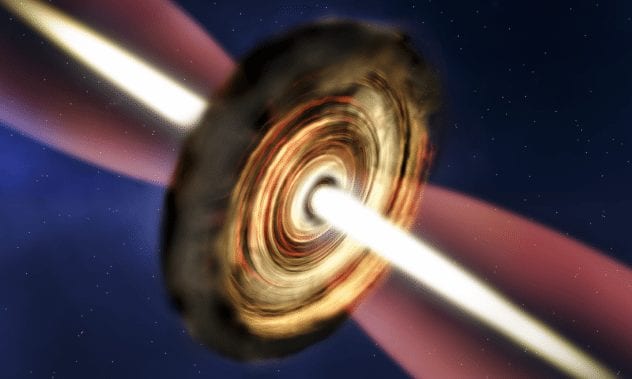 Photo credit: A. Smith, Institute of Astronomy, Cambridge via Futurism

Some stars are terrifying monsters, and astronomers have spotted a baby that’s already 30 times more massive than the Sun. Star G11.92-0.61 MM1 is 11,000 light-years away and still growing, suckling gas from its parental cloud and offering a rare glimpse into the formative years of a stellar megaweight.

Gargantuan stars are harder to spot. They burn faster and die younger than their less massive counterparts. While a Sun-like star will live for over ten billion years, the most massive of stars call it quits after only several million years. Similarly, massive stars wean faster. While the Sun required ten million years to form, heftier stars can form in as little as 100,000 years.

MM1 is surrounded by a disc of swirling matter, which may hide an unseen smaller companion star. It’s even possible that the disc is so massive that it will gravitationally separate to spawn a series of less impressive protostars around big momma. 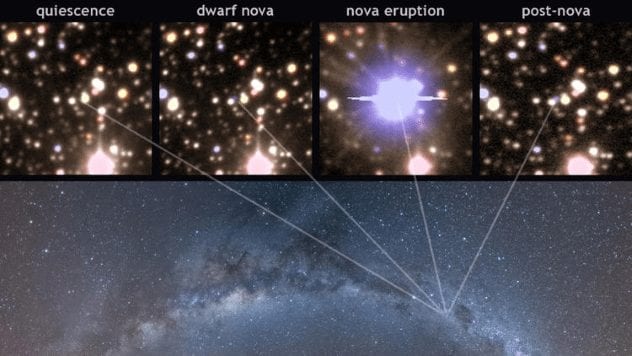 A classical nova is a huge blast emitted by a binary system when a white dwarf smothers itself in too much of its companion’s hydrogen and essentially nukes itself. It’s super bright, so astronomers have spotted numerous novae, but only once have they witnessed the buildup, in a system 23,000 light-years from Earth.

The Optical Gravitational Lensing Experiment sky survey has been tracking V1213 Centauri since 2003 and has observed gradual increases in brightness caused by a low, unstable mass transfer. And then, on May 8, 2009, astronomers saw the white dwarf blow its top. It’s the first time astronomers have tracked the pre-explosion warm-up, and the system has since grown brighter, confirming the mass transfer increase researchers hoped to see.

Now, the cycle starts all over. The rate of mass transfer will decrease, throwing the dwarf back into instability and chaining the events to trigger another runaway thermonuclear stampede. 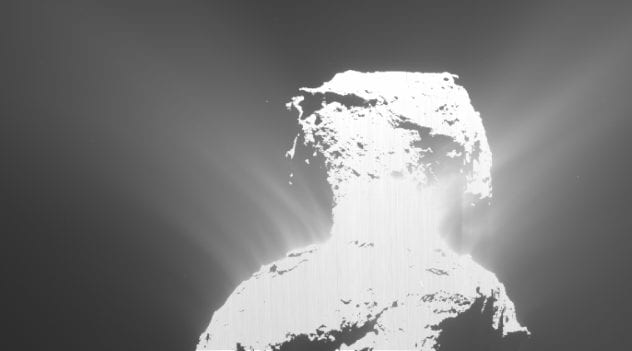 The Rosetta mission reached its bittersweet conclusion in 2016. On February 19, the always-entertaining Comet 67P/Churyumov-Gerasimenko sent an early parting gift. With nine of the craft’s eleven instruments serendipitously aimed at 67P, Rosetta captured a comet outburst. The comet suddenly flashed in brightness and belched up a mixture of gas, plasma, and dust.

The culprit was a landslide on the dumbbell-shaped comet’s larger lobe. Sun-imposed thermal stresses cracked the comet, and solar radiation instantly turned the ice underneath to gas. Granted, with a surface gravity only .0001 times that of Earth, the event was probably much less violent than it sounds.

We won’t be seeing any more of 67P, unfortunately, because on September 30, the Rosetta spacecraft ended its 12 years in space with a soft, dusty bang as it crash-landed on Comet 67P/Churyumov-Gerasimenko.