Mental disorders reflect the anxieties of the era. A study of the Diagnostic and Statistical Manual of Mental Disorders (DSM) reflects a constantly shifting view, where once commonly accepted mental disorders are relegated to the dustbin of history. If the past is any indicator, our picture of the mind and its illnesses will soon too become obsolete. 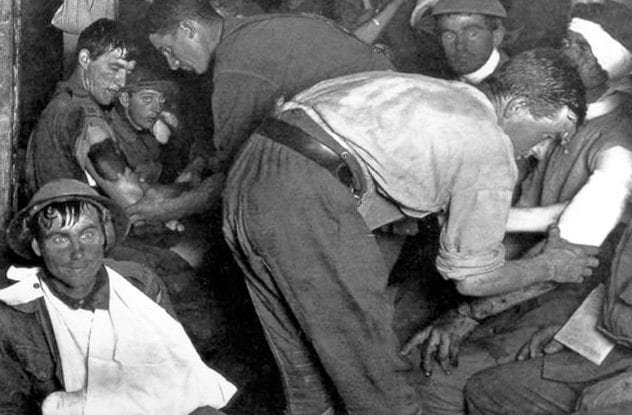 Hysteria has a slew of nervous symptoms that cannot be attributed to a physical cause. Despite men being just as prone to breakdowns as women, societal and political pressures stood in the way of diagnosis. However, in 18th- and 19th-century Britain, it became fashionable for men to develop “nervous” issues. It was an issue of class, where sensitivity was seen as sophistication that elevated the bourgeois above the working people.

In the early 20th century, male hysteria morphed into “shell shock.” This reflected a changing perception of the disease, losing its feminine connotations. This new form of male hysteria was made honorable. In the 1980s, “shell shock” gave way to PTSD—post-traumatic stress disorder. The progression has been a slow shift from the feminine stigma associated with the disease. 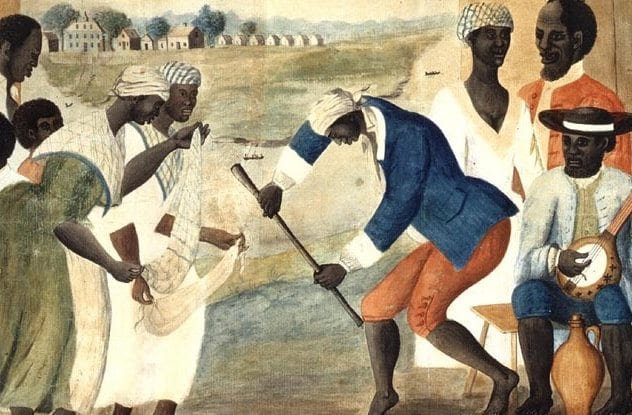 In the mid-1800s, mental health professionals fabricated disorders to justify slavery. Dysaesthesia aethiopica was defined by mischief caused by “stupidness of mind and insensibility of the nerves.” The afflicted were believed to wander about at night, sleep all day, raise disturbances, and “break, waste, and destroy everything they handle.” Doctors also claimed this “disease peculiar to negroes” came with physical symptoms in the form of lesions, which were always present in the afflicted.

Sociologists and psychologists manufactured this disease to scientifically prove that black men were incapable of handling freedom. The cure for dysaesthesia aethiopica was slavery. These quacks claimed the disorder was more common among free blacks than those in bondage. The only slaves afflicted were ones who lived lifestyle—with diet, drinks, and exercise—like their free brethren, or those “that have not got some white person to direct and take care of them.” 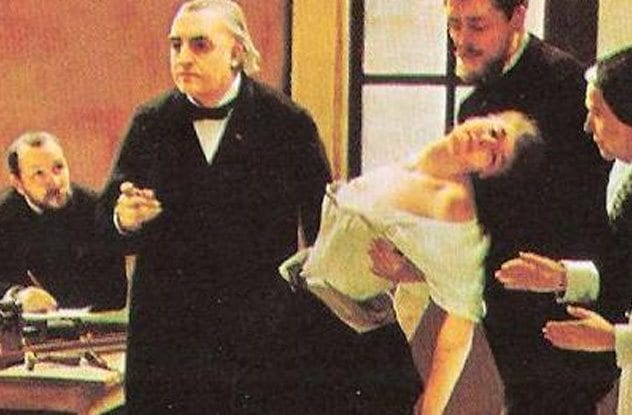 In the Victorian era, psychologists claimed one-quarter of women suffered from “the vapors.” The term derived from ancient Greek medical theories based on the four humors of the body. The vapors were caused by an imbalance. Humors in the spleen rose through the body to affect the mind. Women were more likely to catch the disease based on “irregularities” in their anatomy. Symptoms include anxiety, depression, fainting, tremors, and bloating.

Women of independent mind were often diagnosed with the vapors. Suffragettes were particularly vulnerable. Given the wide range of symptoms, vapors diagnosis often impeded the identification of more serious medical conditions like depression, infections, and cancer. In the modern day, the folksy term is used as a joke. For example, it has been used by Colin Powell and journalists Peggy Noonan and Claire Berlinski to cast opponents in a foolish light. 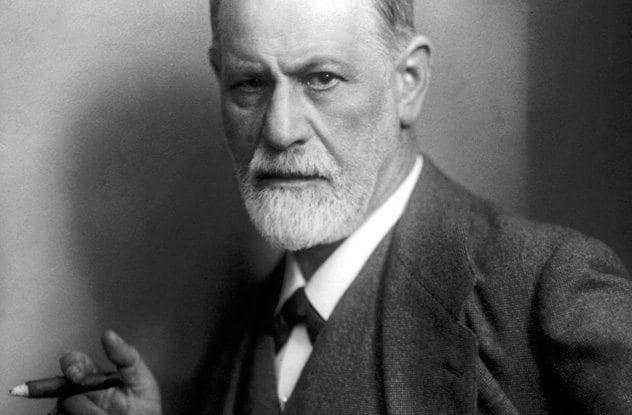 Until the mid-1980s, homosexuality was considered a mental disorder. By the end of the 19th century, homosexuality shifted from sin and crime to the territory of mental health professionals. However, experts were never in agreement about its classification. Some viewed homosexuality as a degenerative sickness. Others thought it was inborn and not a disease. Freud even considered bisexuality to be humans’ innate state. None of these assessments were based on empirical testing but rather on observations of homosexual patients.

Beginning in the 1970s, mental health experts shifted their views on homosexuality due to the mounting evidence and shifting cultural views. In 1974, a vote was held to amend homosexuality’s place in the DSM. By 1980, the only entry was for “ego-dystonic homosexuality.” This meant the homosexual tendencies were not in line with the person’s self-perception. Many criticized this decision. By 1986, homosexuality was completely removed from the DSM. 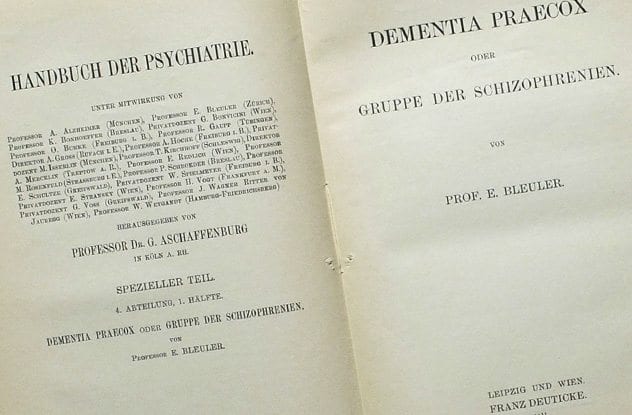 In 1893, Emil Kraepelin launched the first attempt to develop a categorization system for mental illness. He divided psychological disorders into just two categories: circular insanity and dementia praecox. Circular insanity was marked by a host of mood disturbances but could be treated. Dementia praecox was an incurable, irreversible mental deterioration beginning during youth. Some of the symptoms included “atrophy of the emotions” and “shun of the will.” The prognosis was hopeless.

Professionals likely gave this label to all “bad prognosis madness.” In the late 1920s, dementia praecox fell out of favor. Eugene Bleuler’s “schizophrenia” became the preferred diagnosis for inexplicable madness. Schizophrenia had hope. Bleuler viewed dementia, hallucinations, delusions, and flat affect as secondary symptoms. By 1952, dementia praecox officially vanished from the psychological lexicon when the first edition of the DSM was published. 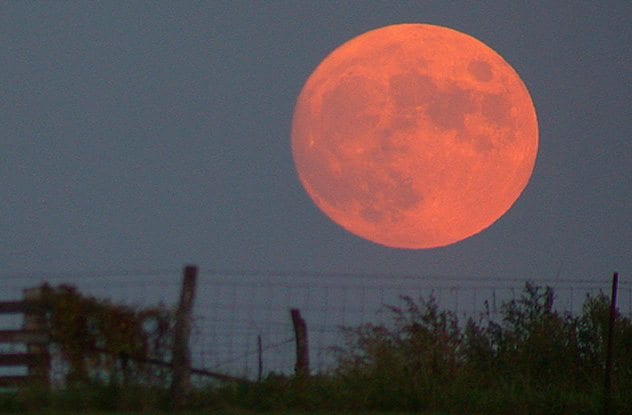 For millennia, people thought full moons made people crazy. Aristotle claimed the brain was the “moistest” organ, and therefore most susceptible to the tidal influences. This “lunar lunacy effect” remained popular in the Western world throughout the Middle Ages. Many still cling to the belief that full moons cause an increase in hospital visits, homicides, suicides, and traffic accidents. In 2007, UK police introduced full moon units to deal with the associated increase in crime.

Little evidence shows a connection between moon phases and madness. The gravitational influence of the Moon the same across moon phases, and it only affects open water. However, there may have once been a kernel of truth to lunar lunacy. Before modern illumination, moonlight would have had a more significant effect on sleep patterns. Full moons may have led to sleep deprivation, which is known to trigger erratic behavior in bipolar sufferers. 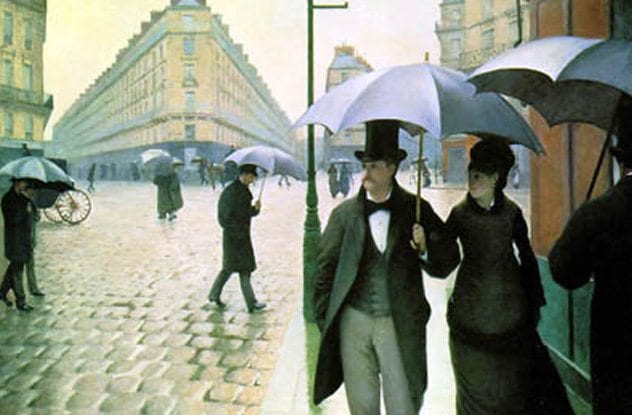 In 1869, physician George Miller Beard developed a diagnostic profile for a mental disorder that appeared custom designed for America’s leading families. The symptoms of neurasthenia—or nervous exhaustion—included migraines, fatigue, depression, and digestive problems. Beard saw “American nervousness” as a result of fast-paced urban life. The cure was to flee the city. Women were encouraged to rest, while men were encouraged to engage in vigorous activity in the outdoors.

By the early 20th century, this mental disorder became a status symbol. It spread from the elite downward, penetrating every level of society. “American nervousness” even spread to Europe, China, and Japan. The stigma of the disorder was removed by reassurance that it was physical in origin and not the result of mental weakness. By 1930, neurasthenia virtually disappeared from psychology. However, many of the symptoms are still present in modern illnesses like clinical depression and chronic fatigue syndrome. 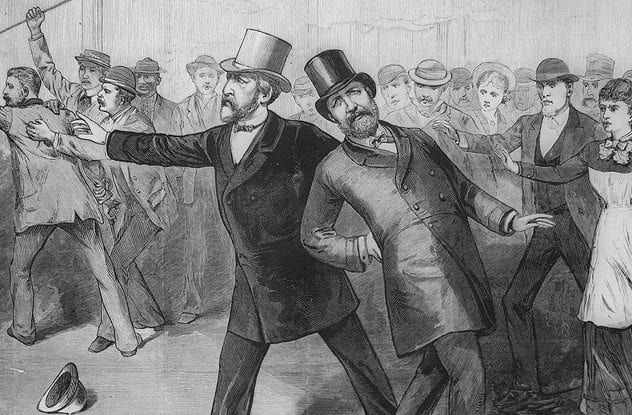 First described in 1835 by physician J.C. Prichard, moral insanity is a disease of the conscience. This mental disorder is defined by a “morbid perversion” of the emotions, habits, and impulses without any defect of intellect or reasoning.

Moral insanity continued to be diagnosed until 1881, when it was used in the trial of Charles Guiteau, who assassinated President James Garfield. One physician claimed the assassin suffered from this bygone disorder. Another labeled Guiteau an “imbecile.” In 1888, “psychopathic inferiority” began being used in place of moral insanity. Many consider moral insanity the forerunner of the modern psychopathic and anti-social personality disorders. However, experts are not even in agreement about that. 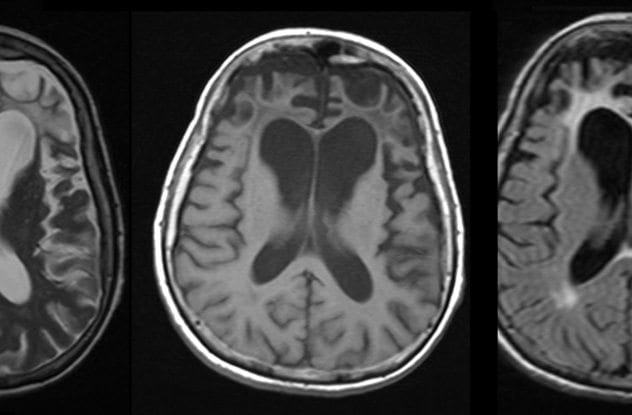 Inadequate personality disorder sufferers exhibit poor judgment, social instability, and lack of physical and emotional stamina. They appear poorly adapted for their environment without any real physical or intellectual defects. Patients have dim or nonexistent views of themselves in the world. Some sufferers cannot maintain minimal self-sufficiency and are often dependent on family members. The disorder was dropped from the DSM III in 1980.

There is strong evidence to link inadequate personality disorder with frontal lobe syndrome. In 1848, railroad foreman Phineas Gage took a spike to the front of his skull. His personality rapidly changed, becoming childish, erratic, and irresponsible. He ended his days as a circus sideshow performer. Frontal lobotomies, once used to treat violent psychiatric patients, also resulted in reduced creativity, spontaneity, and social effectiveness. 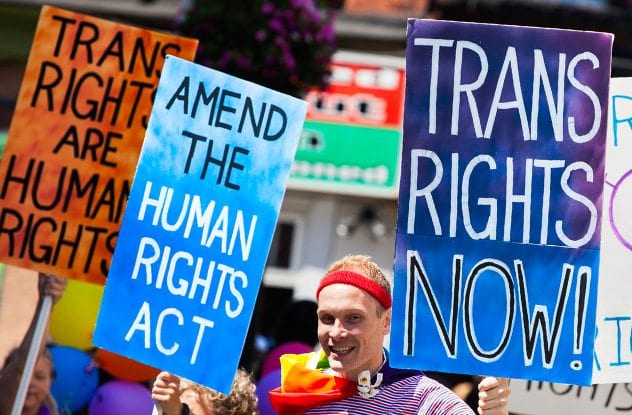 In 2012, the DSM removed “gender identity disorder.” This obsolete diagnosis meant that transgender people were considered mentally ill. This had long been considered stigmatizing by gender rights activists. By removing the categorization, there is no longer anything pathological about having a transgender identity.

Gender identity disorder was replaced with “gender dysphoria.” This new categorization only focuses on those who are distressed with their gender identity. While some consider this to be a significant change, others are less impressed. Supporters claim that gender dysphoria was left in the DSM in case transgender people need access to health care. Some do not think enough headway has been made. However, it is hard to argue that things are not progressing. In the 1990s, transgender people with grouped with pedophiles by the Americans With Disabilities Act.