Thank God for science. The greatest minds of our world are out there right now, working together to solve the greatest problems that plague mankind. There are people working to answer the big questions, like: How did the world begin? How can we overcome disease?

And, most important of all—what will happen when we are finally hit by the zombie apocalypse?

10Dr. Andreansky Is Pretty Sure She Can Create The Rage Virus 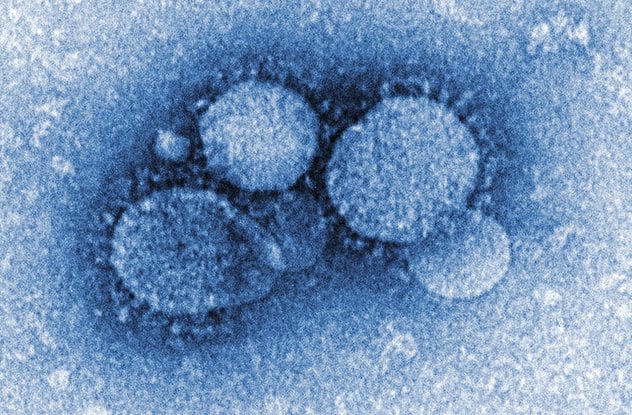 A virologist at the University of Miama, Samita Andreansky, sat down with National Geographic to discuss the body of his work. Her studies, he told them, has led her to some important conclusions that the world needs to know.

First, she believes she has scientifically proven that 28 Days Later‘s idea of airborne rage virus is the most likely zombie apocalypse scenario. Second, she’s pretty sure she can make it happen. Dr. Andreansky believes it’s theoretically possibly to genetically engineer a hybrid of rabies, influenza, and Ebola that would make the Rage Virus a reality. The rabies would make them act like zombies, influenza would make it airborne, and the Ebola is just a little cosmetic add-on to make sure the zombies are bleeding from their guts. 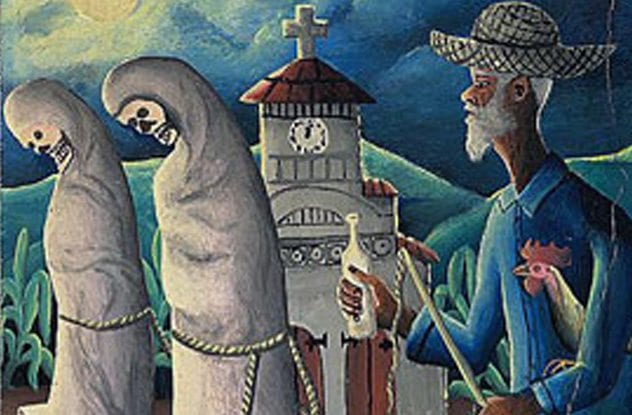 The Harvard-trained ethnobotanist Wade Davis traveled throughout Haiti studying their folklore of zombies, and he claims that he knows how to make one of his own.

Davis went to four separate places in Haiti and convinced Hoodoo men to teach him the magic formula for making zombies. He wrote them all down and tracked down one common ingredient that he thinks is the key. Every zombie powder uses a puffer fish that contain tetrodotoxins—a hallucinogenic drug that Davis claims can create a zombie-like state.

Davis recreated the zombie powder in a laboratory and insists that he can now turn anybody into a mindless beast. He also says that zombies have been around for even longer than Haiti. Before they brought the formula to Haiti, Davis says, witchdoctors would inject criminals with zombie powder as a death sentence—and zombies once roamed the wild lands of Africa.

Zora Neal Hurston is, one of the most celebrated figures of the Harlem Renaissance and one of the greatest American authors. She’s also a firm believer in zombies. Hurston has gone on the record saying: “I know that there are Zombies in Haiti. People have been called back from the dead.”

It started when Hurston was hired to study folk art, a job then got her sent to Haiti to study hoodoo. There, she won the trust of hoodoo priests by performing their rites, including catching a cat and boiling it alive. Once in the fold, the priests introduced her to a zombie who, in life, was named Felicia Felix-Mentor. They told her they had risen her from the grave.

“The sight was dreadful. That blank face with the dead eyes,” Hurston said. “The sight of this wreckage was too much to endure for long.”

7Two Neuroscientists Wrote A Book On How Zombification Affects The Brain

Bradley Voytek and Timothy Vestynen collaborated on a whole book on how turning into a zombie would affect your brain. They concluded that the mutterings of zombies indicate damage to a part of the brain called the interior frontal gyrus. The zombies, they say, have suffered brain damage that makes them unable to speak articulately, and that makes it impossible for them to understand spoken language.

Their movement, meanwhile, indicates damage to the basal ganglia tissues. They believe that zombies have the same kind of damage a person suffer in Parkinson’s disease.

Harvard has their own take on the whole matter. Their assistant professor of psychiatry, Dr. Steven Schlozman, has conducted research on zombie neuroscience, and he has his theories.

He agrees with Voytek and Vestynen that they are suffering damage to the frontal lobe, but he says that we already have a model for zombies: crocodiles. Zombies, he argues, would be driven entirely by the amygdala, making them overcome by uncontrolled, basic emotions like anger. This, incidentally, is almost exactly how a crocodile’s brain works, so a zombie would behave pretty much the way they do.

There would still be one difference—zombies, Schlozman says, have a malfunctioning ventromedial hypothalamus, which is the part of the brain that tells us when we’re full. So, a zombie is like a crocodile that is doomed to eternally suffer the impellent pangs of hunger.

5The CDC Has A Zombie Preparedness Plan

The CDC encourages family to keep an emergency kit with essential supplies ready at all times, in case the zombie hordes make their way to your doorstep. If they do, your family should have a prepared meeting place and evacuation plan ready so that you can escape and find each other again.

They might not be the best people to listen to, though. Their own planned response to a zombie outbreak includes “consultation, lab testing and analysis, patient management and care.” These psychopaths are going to bring zombies into the CDC building and try to talk to them—which, as anyone who’s seen a zombie movie knows, is sure to end in disaster.

4The Pentagon Has A Plan To Stop The Zombie Apocalypse 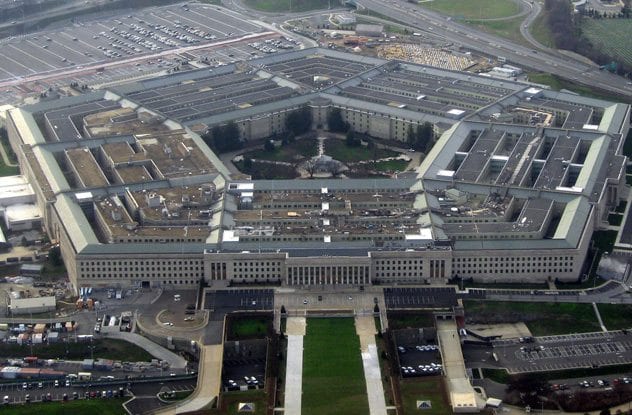 A Pentagon document called “Conplan 8888” was created as a training thought experiment, and it states that it was “not designed as a joke.” It outlines the government’s planned response to a zombie invasion. Their plan is to mobilize forces against them and treat them as unreasonable foe—after promising Russia that this isn’t a trick plotted against them, that is.

Their projections are pretty grim, though. The document warns that they have “no ground combat forces capable of repelling a zombie assault” and that air forces will be crippled after a week, when they predict that command centers will be overrun by the armies of the dead.

3Prof. Smith Has A Mathematical Model For Surviving Zombies 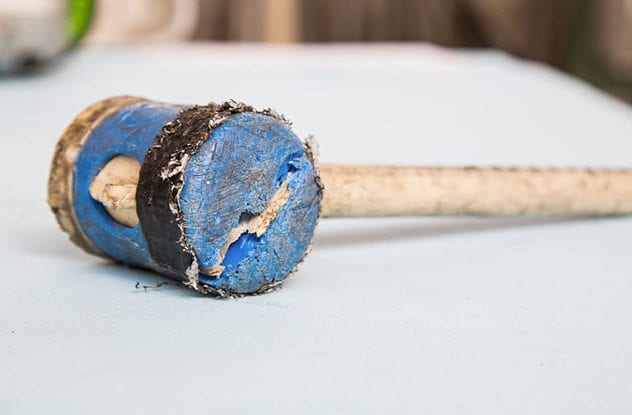 Robert J. Smith, a professor of mathematics at the University of Ottawa, developed a mathematical model for surviving a zombie apocalypse. He argues that a zombie pandemic would truly be apocalyptic, concluding that, “a zombie outbreak is likely to lead to the collapse of civilization.” Within three days, he says, a city of 500,000 would have more zombies than people.

He reviewed several possible solutions to overcoming the apocalypse. Quarantining zombies, he found, would only delay our doom. Developing a cure might work—but most of humanity would be wiped out before we could be saved. The only hope of survival, he concludes, is to start killing as many zombies as possible as quickly as possible. “The most effective way to contain the rise of the undead,” his study concludes, “is to hit hard and hit often.”

His work was funded by three separate government grants. 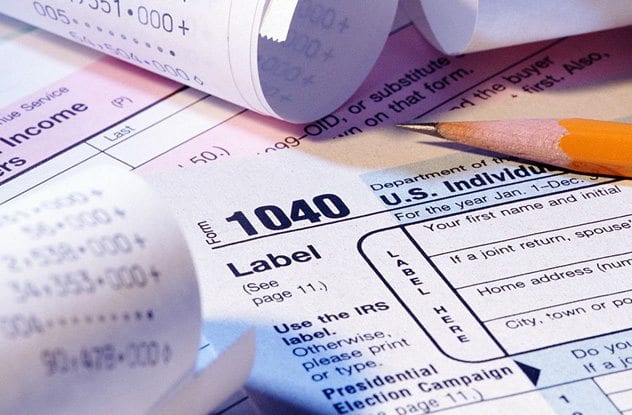 Adam Chodorow of Arizona State University wrote an article called “Death and Taxes and Zombies” that accuses the IRS of being woefully unprepared for the likelihood of a zombie apocalypse.

Tax policies on unearned income, for example, contain major loopholes that could be exploited by the living dead. Chodorow explains that a Haitian-style zombie could easily be put to work by a hoodoo priest as a tax-avoidance strategy that current policies are troublingly incapable of overcoming.

The core problem is the definition of “death.” It’s unclear, from current documents, whether a zombie would be classified as “dead,” setting up issues with everything from inheritance to income tax. By the current definition, Chodorow believes that zombification should be legally classified as a simple “personality change.”

Most troubling of all, for Chodorow, is the possibility of a zombie cure. If someone could heal the undead, they would get major tax breaks for their temporarily deceased status—and, truly, the only horror worse than having your brains eaten by a monster is finding out that it’s exploiting a tax loophole.

1The Irs Is Already Prepared To Tax The Post-Apocalyptic Wasteland 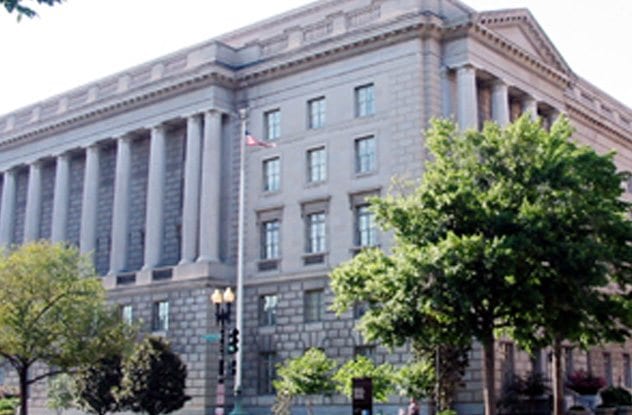 Just because Chodorow isn’t happy with the details doesn’t mean the IRS doesn’t have a plan in place. In the event of an apocalypse, the IRS manuals states: “Operations will be concentrated on collecting the taxes which will produce the greater revenue yield.” They plan to forgive some delinquent accounts, as they believe these will be the “most adversely affected”—which seems to be a polite way of saying that the poor will die first.

Surviving IRS employees will keep taxing that last bastions of humanity. They will be reassigned duties “’without any effect on the current positions or grades of the employee”—so just because the kid in the mail room has to take over as Director of Operations doesn’t mean he’s getting a raise.