Undercover police can build cases against criminal enterprises in a way that no other arm of law enforcement can. But their jobs require them to convincingly inhabit a criminal persona, so the lines between the good guys and bad guys blur. 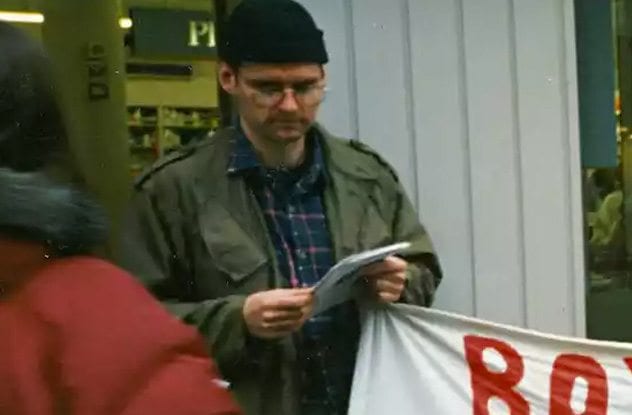 In the UK, officer Matt Rayner (not his real name) was part of a controversial Metro undercover unit that had been involved with infiltrating dozens of political groups over several decades. Rayner’s assignment, which he carried out for five years between 1991 and 1996, was to pose as an animal rights activist to investigate the activities of a radical group; when one of its members, Geoff Shephard, was released from prison, Rayner struck up a friendship.

Although Shephard was intent on turning his protest activities legal, he says that Rayner radicalized him again, encouraging him to take part in crimes he was initially unwilling to commit and even helping build an explosive device—which police found in Shephard’s home in 1995. Shephard’s subsequent conviction is currently under appeal, as the involvement of the undercover officer was not disclosed to his jury; it is the second of his convictions he is appealing for this reason. 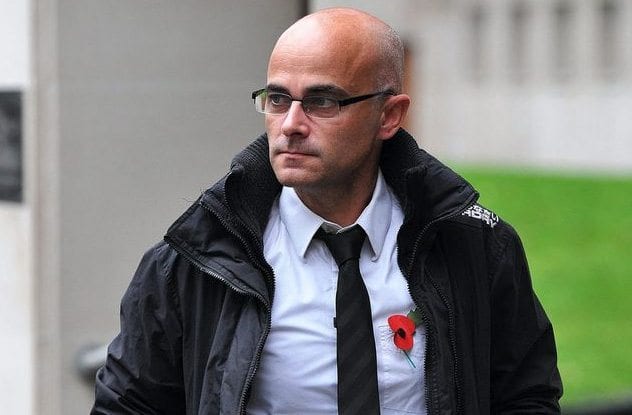 In 2008, officer Robert Carroll—under the alias Lee Taylor—was assigned to the Sigma unit of the Manchester police force, an undercover unit tasked with busting drug dealers. But only a year later, he knew he was in trouble. He was using heroin every day and could not stop. He tried to kick the habit using prescription medication and therapy but to no avail, and it was only a matter of time before his secret would catch up with him.

In 2012, a police raid on the home of a drug dealer turned up a police-issued gas canister and baton—which had been issued to Carroll. At Carroll’s home, a burner phone was found which showed 2,200 calls between Carroll and the drug dealer in the previous four months.

Although he claims to have finally kicked his addiction with the help of his wife (also a police officer) Carroll was sentenced to 14 months in prison for theft and misconduct. 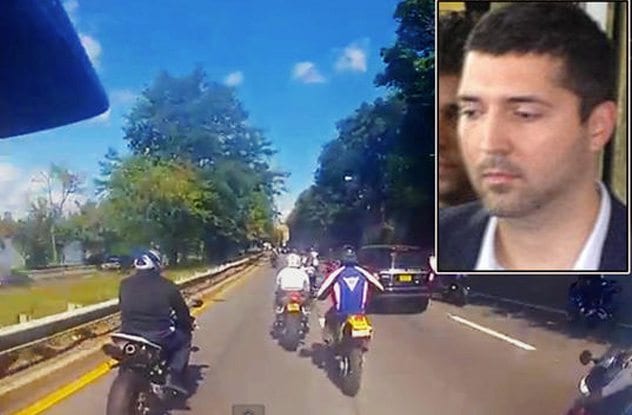 In 2013, New York motorist Alexian Lien found himself in the middle of a nightmare. He had just been involved with an accident in which he had run over a motorcyclist but had been too terrified to stop, as this particular cyclist had been part of a vicious gang—about a dozen members of which were now pursuing him down the freeway at breakneck speed. As one gang member’s camera rolled, Lien’s SUV was surrounded on an exit ramp, its windows smashed, and Lien pulled from the vehicle and badly beaten.

Eleven people were charged in the incident—and shockingly, one of them was undercover police officer Wojciech Braszczok, who had served in this capacity for 13 years. Braszczok did not participate directly in the beating but did participate in the pursuit before smashing one of the vehicle’s taillights and fleeing without calling 911. His claims of fear for his safety and his job did not fly with prosecutors, who say he acted “like an outlaw” that day. The judge agreed, sentencing him to two years in prison. 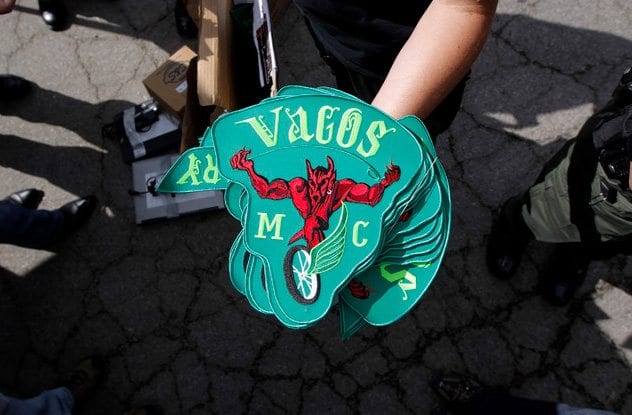 A member of the Vagos motorcycle gang, Jeremy Halgat was arrested in 2014 on multiple charges related to cocaine distribution. He had been paid $1,000 to stand lookout for a fellow gang member while a drug deal—for 10 kilograms of cocaine—took place. That this happened is not in dispute; the only problem is that the cocaine was supplied by the ATF, and both participants in the drug deal were federal agents.

Even more troubling, Halgat had repeatedly refused to take part in trafficking drugs, only agreeing to go along on the deal after being repeatedly pressured by Agostino Brancato, an undercover agent who had infiltrated his gang. Brancato had manufactured a crime which would justify his undercover activities, as using cocaine was the worst crime he had observed Halgat taking part in during his two-year operation. In 2014, a federal magistrate recommended the case be thrown out due to “outrageous government conduct,” but he was overruled by a higher court; Halgat’s trial is ongoing as of this writing. 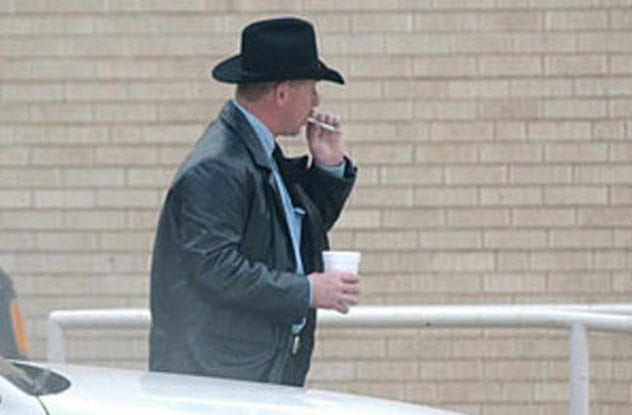 During the late 1990s, Tom Coleman was the lone undercover officer operating as part of an 18-month sting aimed at ferreting out drug dealers and users in the small farming community of Tulia, Texas. Based on information provided by officer Coleman, 46 were arrested and handed down sentences of up to 90 years in prison. No audio or video evidence was used to garner these convictions, only the testimony of Coleman—most of which was completely fabricated.

The drug ring of Tulia simply never existed. Nearly all of those arrested were black, and in 2003, 35 were pardoned by governor Rick Perry, as the arrests were found to be racially motivated. During the 2003 investigation, Coleman was caught perjuring himself on the details of an unrelated investigation and sentenced to seven years’ probation. It was the only available punishment, as the statute of limitations on the false statements he made during the defendants’ original trials had expired. 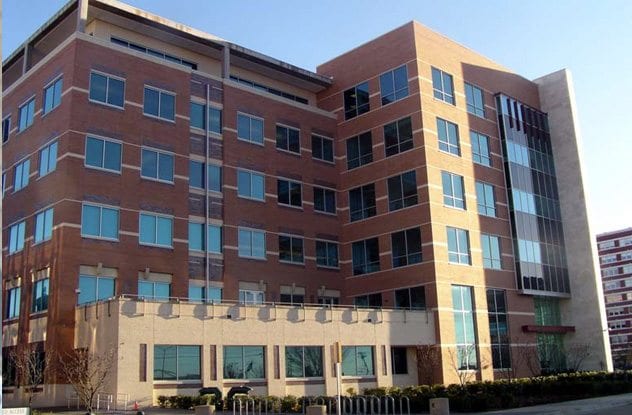 After a two-month drug investigation in Dallas in 1989, it was revealed that one undercover officer had had a remarkable dedication to not blowing his cover. He had found himself being encouraged to participate in the gang rape of a woman by several of his targets—and though he feigned illness to avoid doing so, he stood by and watched without assisting as the gang rape took place. 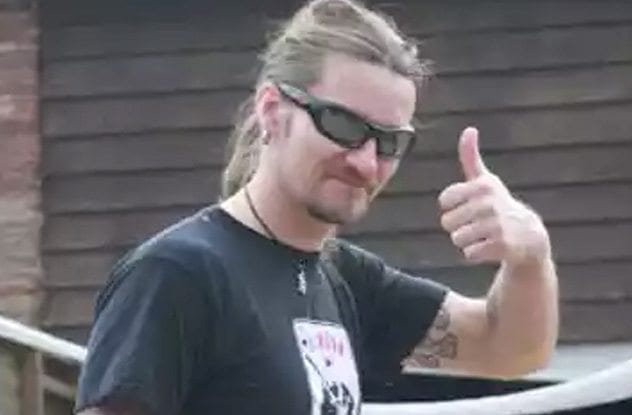 For seven years, Metro police officer Mark Kennedy was deep undercover within the protest community. His activities spanned 22 countries, and during that time—as was his mandate—he successfully developed many close relationships with targets; many of these targets were young women, and many of the relationships were sexual in nature.

This came to light during the extremely brief trial of six activists accused of plotting to take over a power station. All six had charges dropped when it came to light that Kennedy had planned, organized, and funded the entire operation. In the ensuing publicity, several women no longer associated with the protest movement came forward to expose the nature of the friendships Kennedy established with some of his targets. Kennedy—who had a wife and child before going undercover—expressed remorse, saying that it would “never happen again.” 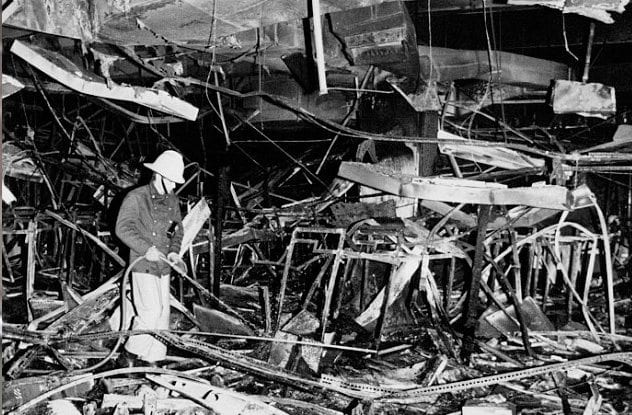 In June 2012, a woman who goes by the name “Jacqui” was stunned to see a familiar face—one she had not seen in 25 years—looking at her from the cover of a British tabloid. His name was Bob Lambert, and the article said he was an undercover police officer under investigation for activities he had taken part in while active in the 1980s. But she had known him as Bob Robinson, her boyfriend of several years—and the father of her child.

Robinson had disappeared from their lives after ostensibly going on the run for his role in the 1987 bombing of several department stores. After former activists publicly outed him as a police officer in 2011, one of the men convicted in that crime—Geoff Shephard, who was also involved in the case from the first entry—asserted that Lambert had placed one of the incendiary devices used in the bombings. Lambert has publicly denied this, but an investigation is ongoing as of 2016. Jacqui was awarded over $685,000 in a civil suit. 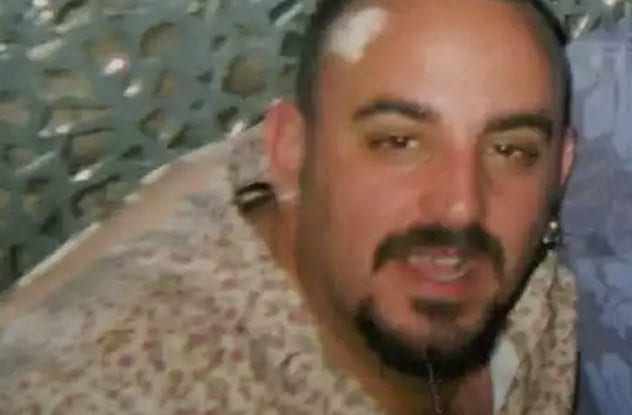 In the early 2000s, a woman who goes by the name “Andrea” was among the last to fall victim to what has come to be seen as a widespread pattern of manipulation and abuse on the part of Metro undercover officers. She fell in love with a man she thought to be a fellow political activist, a man who proposed marriage and proclaimed to want a child—before suffering a “suicidal breakdown” and vanishing, all of which now appears to have been lies.

The officer, who went by the name “Carlo Neri,” even became close with the victim’s family despite having a wife and child of his own. Andrea believed his elaborate fictitious persona and detailed explanations of his troubles during his breakdown for years, now describing the entire relationship as “cold hearted, psychological torture.” In November 2015, Scotland Yard issued an unconditional apology and offered financial compensation to seven women who had been manipulated into relationships with undercover officers. 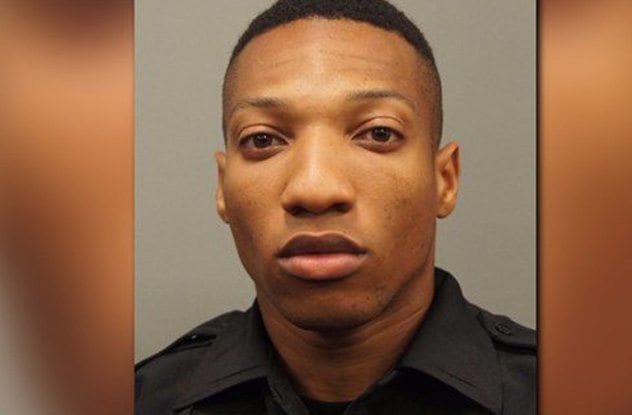 In 2016, Georgia police officer Vancito Gumbs came under investigation when he was spotted by fellow officers doing lines of cocaine in a sports bar with an alleged drug kingpin. A three-year long Internal Affairs investigation proved this to be only the tip of the iceberg. Gumbs was not an undercover officer—he was a full-fledged gangster, going undercover in the police department.

Under indictment, Gumbs admitted to carrying out several contract killings for the Gangster Disciples, as well as supplying them with information pertaining to police activities to help them avoid arrest, among many other crimes. His laundry list of charges include murder, robbery, racketeering and arson—crimes all committed while on the payroll as a full-time DeKalb county police officer.