Destructive fishing practices have been widespread in Southeast Asia during the 20th and 21st centuries. In particular, cyanide and blast fishing have caused fish populations to dwindle and coral reefs to be damaged beyond repair. One area affected by such practices is the province of Bien Unido, located on the island of Bohol in the Philippines. In 2010, the mayor of Bien Unido, Nino Rey Boniel, devised a plan to prevent illegal fishing in the area. Using the Philippines’s strong Catholic background to his advantage, the mayor launched a scheme to lower two 4-meter (14 ft) statues of the Virgin Mary and Jesus Christ down to the ocean floor. Boniel commented that the statues served as a reminder to illegal fishers of “God’s greatest gift of nature and life and that, no man can destroy it for the sake of the future generation.”

The scheme killed two birds with one stone. First, illegal fisherman became less likely to operate in the area knowing that the holy statues were under the surface. Second, tourism to the reef increased as divers went to pay homage to the sacred, underwater grotto. This would not be the first time that religious icons have been used to discourage unruly behavior. Across India, pictures of Hindu gods have been placed on walls in order to prevent public urination. It seems that occasionally, religious guilt can be a cause for good in society.

9 The Stasi’s Bizarre Methods Of Intimidation 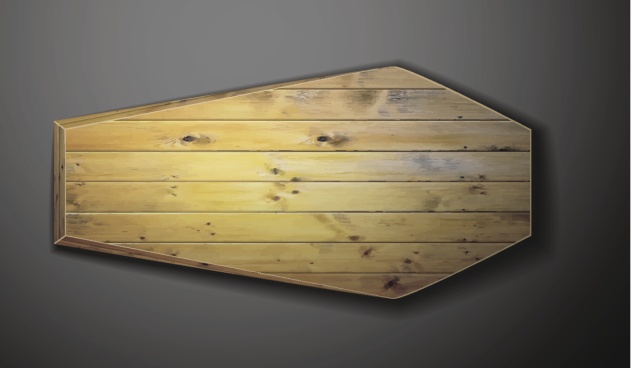 The 20th century saw some of the most repressive regimes in history. Such regimes were made possible by various secret police and intelligence agencies. The KGB and Gestapo may be the first that spring to your mind, although when it came to intimidating political opponents, the East German state security service known as the Stasi was perhaps the most perverse. 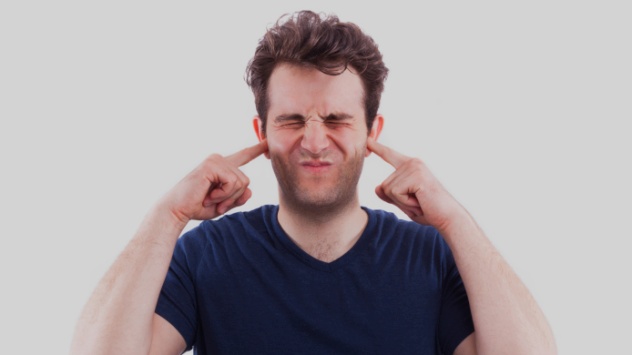 Belfast, Northern Ireland, has seen its fair share of social issues over the years. Religious sectarianism between Catholics and Protestants has often resulted in violence in many areas across the city. When violence gets particularly nasty, riot police equipped with shields, batons, and water cannons are deployed to defuse the situation. However, in less intimidating circumstances, the city’s police are willing to try alternative methods of crowd control.

In 2011, an armored police Land Rover found itself under siege from roughly 15 teenagers, who were throwing glass bottles at the vehicle. Rather than using violence against violence, the officers inside the vehicle decided to play familiar ice cream van music out of the vehicle’s loudspeaker. According to a police spokesperson, the unconventional tactic did the trick, as the bottle throwing stopped after the music was played. Even though in this instance, a little humor went a long way, the force spokesperson still deemed the action to be inappropriate. 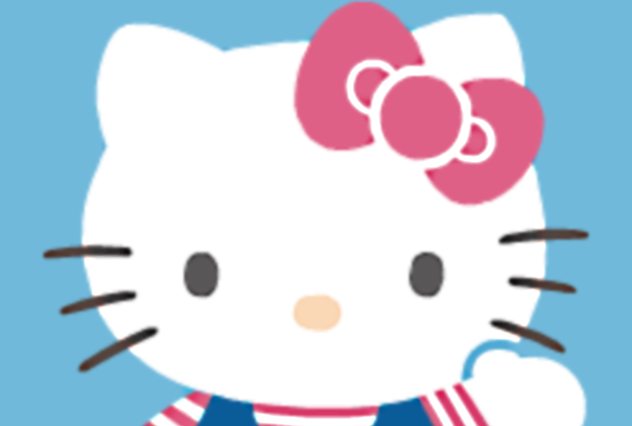 Quis custodiet ipsos custodes? is a Latin phrase which roughly translates as, “Who will guard the guards themselves?” It is a question that many police forces have had to answer throughout history. The police exist to enforce the law and serve the public, and in doing so, they must be held accountable for their actions as officers.

This code of ethics is presumably what Pongpat Chayaphan, chief of Bangkok’s Crime Suppression Division, had in mind when he decided to implement an unusual punishment upon wayward Bangkok police officers in 2007. Officers caught misbehaving would be forced to wear a bright pink armband, embroidered with the face of popular cartoon cat Hello Kitty.

Misdemeanors that warranted the armband included being late for work, parking in a wrong spot, or dropping litter in public. According to Chayaphan, “This new twist is expected to make them feel guilt and shame and prevent them from repeating the offense, no matter how minor.” If only Chayaphan had held himself to such strict accountability. In 2012, he admitted to several criminal charges including bribery and allowing oil smuggling, actions worthy of not only a Hello Kitty armband but perhaps a full pajama set. 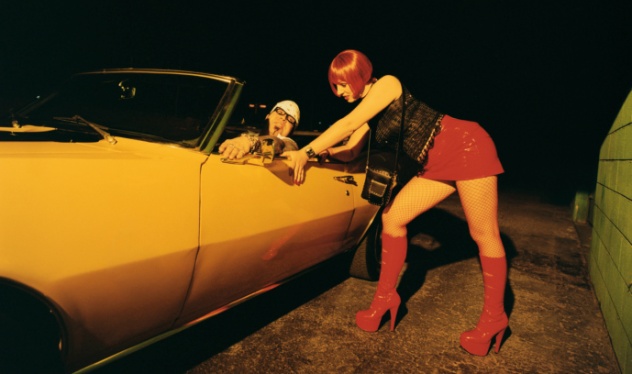 Prostitution is often called the oldest occupation in the world. In the US, it’s only legal in the state of Nevada. Elsewhere, the police have their hands full when it comes to preventing prostitutes from working the streets.

In 2014, the police of Richmond, California, used a controversial technique against clients who were making use of the sex industry’s services. Known as “john-shaming,” mugshots of men who were caught attempting to solicit sex were posted on the Richmond Police Department’s Facebook page. Police would look for vehicles cruising the 23rd Street corridor, one of the city’s prime red light districts. The tough stance is designed to scare potential clients away from areas of Richmond that have become synonymous with prostitution.

In spite of police claims that the scheme had been successful in curbing the sex trade in the area, various legal concerns were raised over the posting of photographs onto social media. The men in the photographs had only been arrested and not convicted, in which case it was perhaps too premature to publicly shame them. Also, once the photographs were posted online, they were in the public domain forever, which could drastically affect the lives of the accused as well as their families. Regardless, similar schemes were set up by law enforcement in Colorado Springs in 2015 and Oakland in 2014. 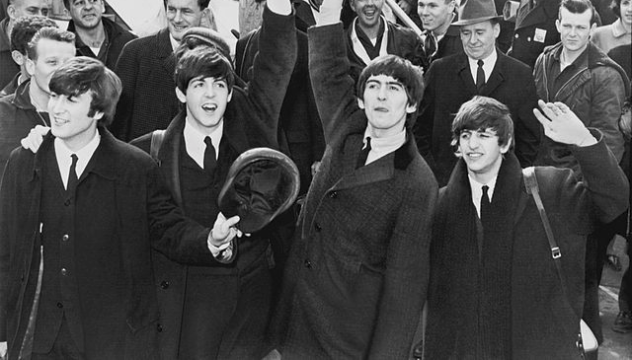 During the 1960s, Beatlemania raged throughout the Western world. If you happened to be living in the Soviet Union, however, access to the Fab Four was prohibited, as authorities claimed that the band represented corrupt capitalist values. Fortunately, culture has a way of overriding political motivations, and young people across the Soviet Union gained access to the Beatles’ music through illegal tapes or radio recordings. This inevitably led to many youngsters rebelling against the countrywide ban on all things related to the Beatles, including the iconic “Mop Top” haircut. Those who sported the haircut were routinely rounded up by Soviet authorities and taken to police stations to have their mop chopped.

The Soviets weren’t the only nation to prohibit certain fashions in order to maintain political stability. The authoritarian government of South Korea that held power during the 1960s and 1970s placed a ban on long haircuts for males and inappropriate garments for women. The so-called fashion police even went as far as to carry rulers to measure the hemlines of women’s skirts. Those who violated proper dress code faced a fine or even arrest.

When it comes to guarding property, canines are often the animal of choice. However, in 2013, authorities in China’s Xinjiang province enlisted the help of geese to perform guard duty at various police stations. While the decision may seem bizarre, it is in fact perfectly reasonable. Geese are incredibly brave; if they happen upon a stranger, they will often attack without hesitation. They also have a heightened sense of hearing and superior eyesight to humans, including the ability to see ultraviolet wavelengths.

It wasn’t long before the gaggles of geese were able to prove themselves as natural guards. An intruder into a police compound had drugged two guard dogs before attempting to steal a motorbike. Unfortunately for him, he was met by the shrieks and wails of the on-patrol geese. The noise promptly alerted the duty officer, who subsequently apprehended the thief. 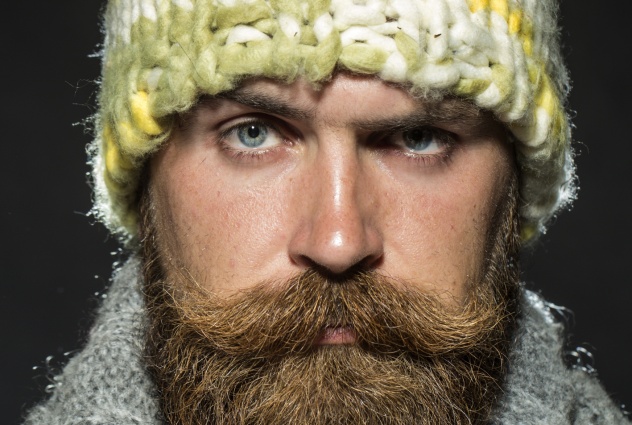 In 2010, a shocking report from the American Journal of Public Health estimated that 16,000 people died on US roads from 2001–07 as a result from crashes where drivers were distracted by cell phones. It has been a worrying trend seen across the globe, as drivers regularly run the risk of driving and using cell phones in spite of it being illegal in most countries.

In 2012, police departments across Canada decided that they would go the extra mile in their attempts to snare drivers who deemed their cell phone activity more important than road safety. Officers disguised as panhandlers holding tattered signs roamed busy streets on the lookout for distracted drivers. Their disguise meant that they could approach cars without arousing suspicion, enabling them to get a good look through the driver’s window. Perhaps unsurprisingly, the police managed to dole out more than a few tickets. In five and a half hours, the Ottawa police handed out 71 tickets, and in Burlington, 111 tickets were handed out in just one day. 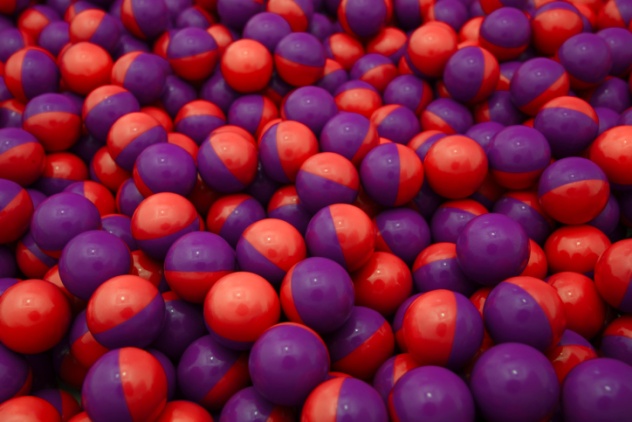 Crime investigation techniques have come a long way over the years. From fingerprinting to DNA profiling, there are a variety of ways in which criminals can be identified. In recent years, Japanese police devised another crime-fighting solution to catch thieves, albeit a not very high-tech one.

In the 1980s, police were faced with a growing number of toll booth evaders on Japanese roads. Often, toll booth attendants would pelt the fleeing vehicles with raw eggs, something that the police could not condone. Because of this, police sought an alternative and came up with a baseball-sized paintball that could be launched at assailants’ vehicles, covering them in brightly colored fluorescent paint.

Since then, use of the balls has spread to banks, stores, gas stations, and even hotels. The balls can also be thrown at humans. Police advise employees to throw them at an assailant’s feet, so if they miss and hit the floor, the paint’s splatter will land on their shoes.

The obvious problem with the color balls is that the police have to be able to find assailants before they manage to hide or discard their paint-stained clothing or vehicle. In 2013, US police introduced a much improved, high-tech analogue to the color ball. A sticky GPS tag is fired from a laser-guided air cannon mounted on the grill of the police car onto vehicles that are caught breaking the law. The recently introduced technology allows police to track vehicles rather than engaging in potentially dangerous high-speed chases. As of 2013, 15 police agencies have introduced the system, known as Starchase, which, though expensive, has proven successful in apprehending criminals.

The US’s War on Drugs has been a costly and drawn-out affair. Even the most optimistic of law enforcement officials would be hesitant to argue that the dealing and usage of drugs has been successfully curbed. Even so, the war continues, and in August 2015, one Kentucky sheriff managed to bag himself a prominent local drug dealer under comical circumstances. The Franklin County Sheriff’s Office posted a flier on their Facebook site encouraging drug dealers to rat out their competition.

The flier, titled “Attention Drug Dealers” contained a blank form containing questions about the local competition, including their name, address, phone number, and hours of operation. Three days later, with the Facebook post having been shared thousands of times, the sheriff’s office revealed that an arrest had been made as a result of information received from their fliers. An anonymous tip contacted the phone number on the flier, which led to a drug dealer being arrested for possession of crack cocaine, cocaine, marijuana, and four firearms.