History, astronomy, philosophy, mathematics, geography, languages . . . ancient writers touched most fields of human inquiry. Some believe that the lost books of ancient times are patches of ignorance in our knowledge about the past. Given their incredibly high number, however, it would be more accurate to admit that the books that have survived to our days (a tiny fraction of what was written) are patches of information in our ignorance. 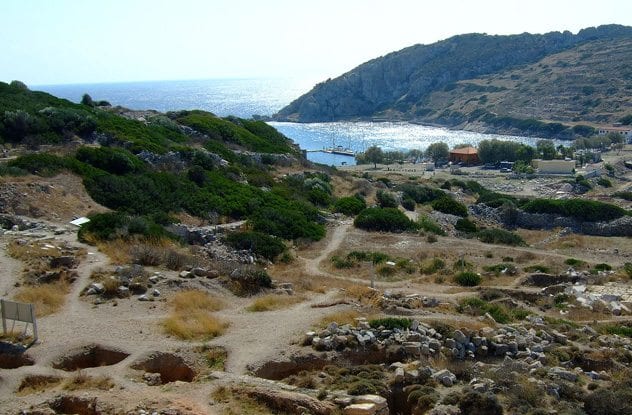 Ctesias was a Greek physician and historian who worked at the court of the Persian kings Darius II and Artaxerxes II from 405–398 BC. After Ctesias returned to Greece in the early fourth century BC, he wrote a work named Persica, a history of the Middle East composed of 23 books. Ctesias’s Persica started with the Assyrian empire during the time of King Ninus, a legendary figure, and ended with the events of the eighth regnal year of Artaxerxes II (398–397 BC).

Books 1 to 3 were about the history of the Assyrians; books 4 to 6 dealt with the Medes; books 7 to 13 focused on the rise of the Persian empire under Cyrus the Great (559–530 BC), its zenith during Darius’s reign and ended with the death of Xerxes I. The last books were based on the first eight years of the reign of the Persian king Artaxerxes II, the period Ctesias himself had witnessed.

This work has been lost and it survives in fragments and commentaries from other writers, particularly from the Roman author Diodorus. 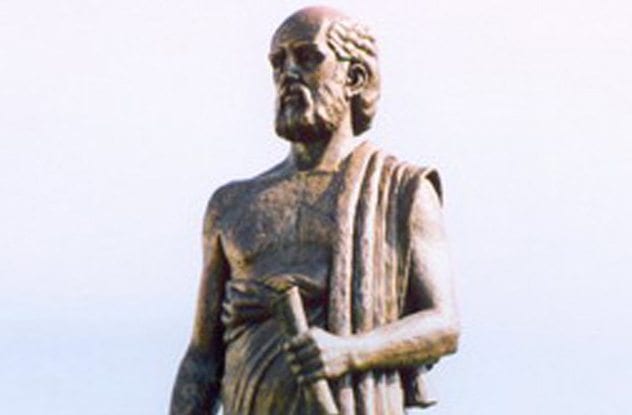 The ancient Greek mathematician and astronomer Aristarchus of Samos was far ahead of the astronomical ideas of his time by anticipating the Sun-centered planetary model. Aristarchus summarized his visionary insight in a book that has been lost. At least one copy of this work was part of the proud archive of the Alexandrian Library. In his work The Sand Reckoner, Archimedes describes Aristarchus’s main thesis:

“[ . . . ]but Aristarchus of Samos brought out a book consisting of certain hypotheses, in which the premises lead to the result that the universe is many times greater than that now so called. His hypotheses are that the fixed stars and the Sun remain unmoved, that the Earth revolves about the Sun in the circumference of a circle, the Sun lying in the middle of the orbit.” 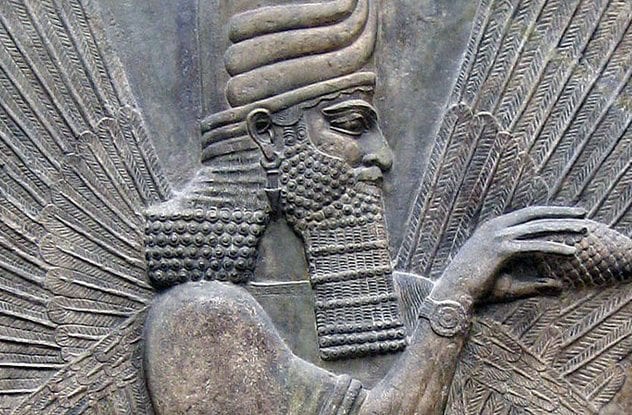 Berossus dedicated his Babyloniaca to the Hellenistic king Antiochus I, who received a copy of the book. All copies of Berossus’s work have been lost, and its contents are available to us through patchy fragments preserved in the writings of subsequent authors.

7Eratosthenes’s On The Measurement Of The Earth 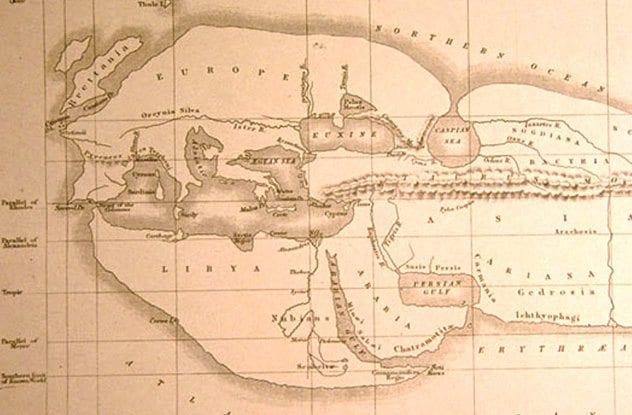 Eratosthenes (276–195 BC) was an ancient Greek Alexandrian scholar renowned for his knowledge of mathematics and geography. He wrote a treatise called On the Measurement of the Earth, where he estimated the circumference of our planet based on the distances between different locations and the length of shadows.

In his book, Eratosthenes calculated the earth’s circumference to be 250,000 stadia, about 40,000 kilometers. This figure is roughly 15 percent higher than our current estimations, but his calculation would remain the most accurate until modern scientific measuring techniques were developed. 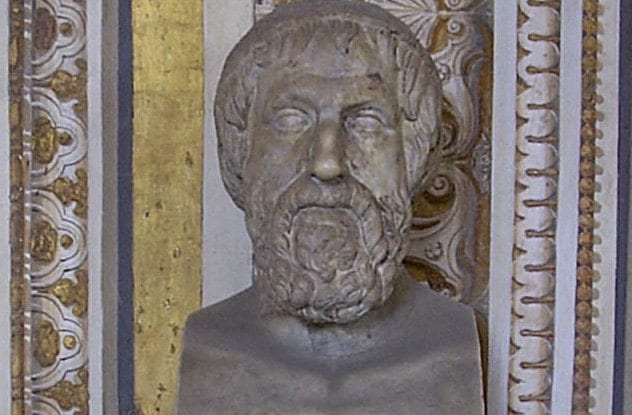 When we read about Pythagoras, we are normally informed that he wrote nothing. This idea contradicts some ancient sources that claim Pythagoras left written records, but that they were all lost.

In his Natural History, Pliny reports that in the early second century, some books belonging to the Pythagorean tradition were found inside the coffin of King Numa. The Romans, who in general were not philosophically minded, burned all of these books. There was a tradition in ancient times claiming that King Numa had been a disciple of Pythagoras, but this would have chronologically impossible.

5China’s First Emperor And The Burning Of The Books 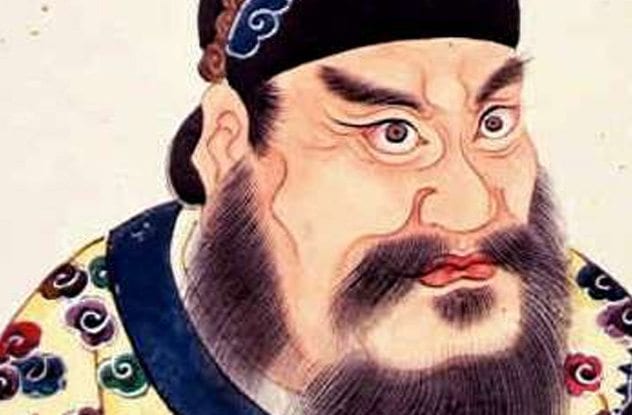 Around 213 BC, Qin Shi Huang (China’s first emperor) ordered all historical books and records burned, with the exception of official records. Any person who possessed private copies of philosophical works had to deliver the books to state officials so they could be incinerated. Qin Shi Huang wanted to minimize the spread of dissenting opinions and criticism of his government. Others have argued that the First Emperor wanted history to start with him, and burning the books was a fundamental requisite to delete the past.

Many scholars believe that this episode is an exaggeration created by later writers sponsored by the Han dynasty, who had a strong bias against Qin Shi Huang. Among the many books that were lost that day was the Classic of Music written either by Confucius himself or by some of his early followers. 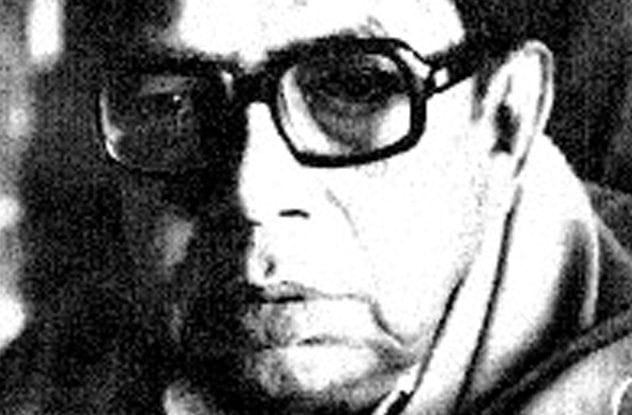 The notion that India has always been a deeply spiritual place is challenged by an ancient philosophical school known as Charvaka, one of the most materialistic movements of all times. The Charvaka school undermined the core beliefs of traditional religion in India. The origin of the Charvaka school dates back to around the seventh century BC. It claimed everything is made of earth, air, fire, and water. What cannot be perceived through the senses does not exist. Heaven and hell are human inventions, and the true purpose of religious practices is to provide a good living for the priests.

Nearly all texts belonging to the Charvaka school were lost, and we can only piece them together based on fragments and references from later works. What follows is a fragment of a poem ascribed to one of its members accusing the priestly class, which may be part of the Barhaspatya sutras, the foundational document of this school:

The costly rites enjoined for those who die
Are but a means of livelihood devised
By sacerdotal cunning, nothing more . . . .
While life endures let life be spent in ease
And merriment; let a man borrow money
From all his friends, and feast on melted butter 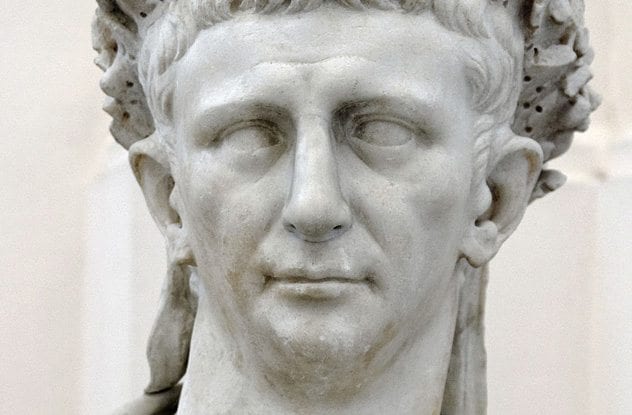 Centuries before the Romans rose as a dominant power, the Etruscans flourished in the north of the Italian peninsula. We know the Etruscan writing system was an adaptation of the Greek alphabet, but their language is an enduring puzzle. Its linguistic affiliation remains unclear, and it is still debated whether Etruscan is an indigenous pre-Indo-European language. We can read Etruscan in the sense that we can pronounce the words, but their meaning is far from clear. 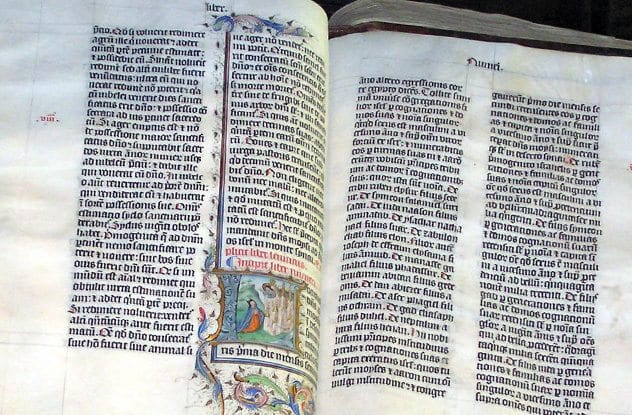 This work took Origen about 20 years to complete and spanned some 7,000 pages. It was a core reference work for early biblical scholars. The Hexapla allowed a detailed word-for-word comparison of the different versions and included comments and a critical analysis by Origen. Only a few fragments of this gigantic work survive to our days. In 1875, an edition of its surviving fragments was published. Currently, scholars from different universities are working on the publication of a new version of this work, which will include new fragments that were recovered since the 1875 edition. 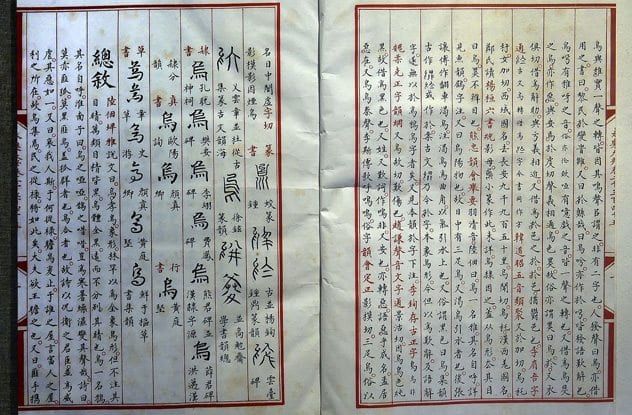 The Chinese emperor Yongle ordered the creation of a vast encyclopedia, a task involving the effort of thousands of Chinese scholars over the course of several years. The encyclopedia was completed by 1408, and it contained all the knowledge of Chinese thought and writing that Yongle considered essential. The result was a monumental writing corpus composed of 22,937 manuscript rolls, compiled in 11,095 volumes.

The length of this work made each copy far too expensive, and we know of only three copies that were in circulation. Fewer than 400 volumes have survived to our days, and only about 800 rolls have been published, less than 4 percent of the original work.