Who would steal a dead body and what would they do with it? There is more to it than just a midnight thrill. In fact, stealing bodies was a good business for those with the stomach to mess around with the dead. 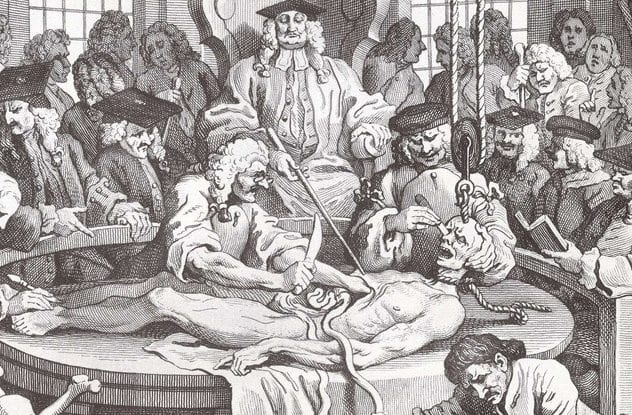 People who died penniless and whose families were unable to pay for a proper funeral would wind up buried in the poor farms across the country. These unwatched and usually uncared for burial plots were havens for ghouls to snatch up the dead.

In one of many cases, the poor farm’s employees buried one corpse and returned a few days later to find that the grave had been opened. They believed the body was taken to one of the many medical colleges in the area for use in training doctors. 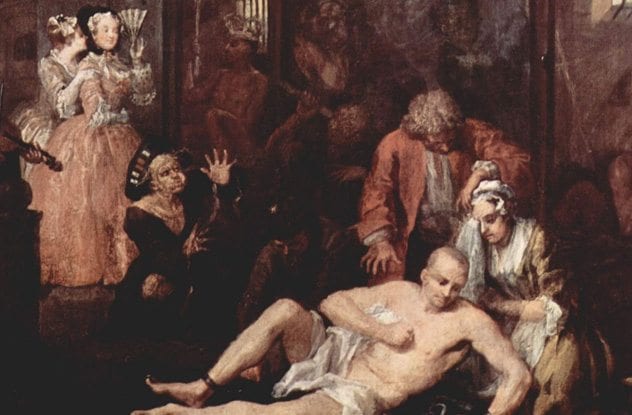 In the late 1800s, insane asylums were known to mistreat and even torture their patients. In one case, a woman’s husband disappeared from the county morgue. Apparently, he had been a patient in an asylum. When the wife had last visited him at the asylum, his body was covered in cuts and bruises, but his face remained hidden from her. The attendants would not let her see the full extent of what had happened.

Shortly thereafter, he died of “consumption.” The wife insisted on an autopsy, but before it could be done his body was stolen. His wife believed it was to conceal a crime. 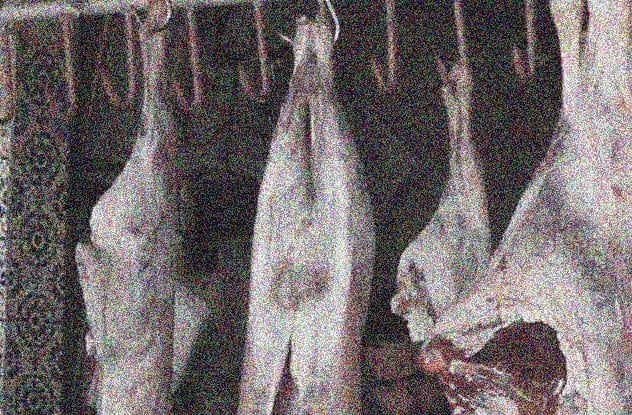 Halloween is the best time for laying on the grossest pranks. The sicker and scarier, the better. Sometimes, actual dead bodies were stolen as part of a Halloween prank because we all know that fake dead bodies don’t fool most people. This happened back in 1885 in Toronto, when some unknown person or persons stole the corpse of a man from a medical college and hung it butt naked from an iron hook at the market. It was conveniently placed with the other meat at a butcher’s stall.

The report doesn’t say how long it took until someone noticed the corpse hanging there, but it was no doubt one prank everyone remembered for years to come. 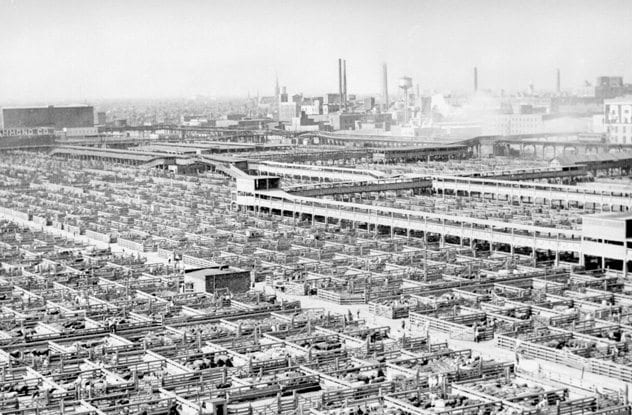 In the early 1900s, a legitimate company in Chicago was built around supplying medical schools with skeletons and human heads. The company went so far as to dry the human heads on the roof of the business. These dried heads were then sold to the schools for a whopping $5 a piece. One day, however, someone stole 11 drying heads from the rooftop. Medical students were blamed for the act and the company put up a $10 reward for the students’ capture.

The newspaper article failed to state how this body business procured its specimens in the first place.

655 Bodies Buried In The Same Plot 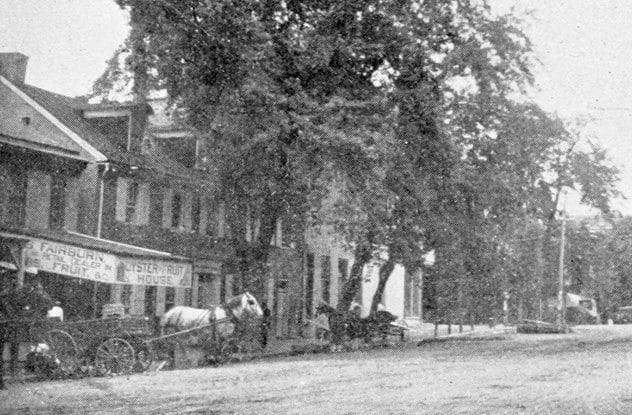 An employee of a cemetery in Lebanon, Pennsylvania, was caught with a wagon full of dead bodies back in 1882. During his trial, he admitted that in two months’ time, 55 bodies were buried in the same burial plot at the cemetery. The bodies would be buried for the families and then dug back up later to sell. The man had been employed by the cemetery for 11 years, and he and two accomplices had been stealing bodies for the past nine.

People were so shocked by the action of the body snatchers that they crowded outside the police court to try and lynch the ghouls. The man and his accomplices were placed under arrest until another a further hearing could be arranged. 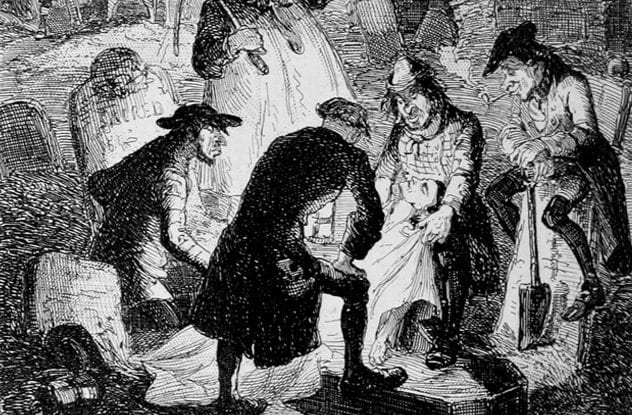 Resurrectionists, the people who stole dead bodies from graves, had a thankless job that could easily lead to their arrest. On top of it all, they sometimes had to deal directly with the prankish young men of the medical schools.

On one occasion in 1879, a group of medical students decided to prank one of the professional body snatchers. They sent the body snatcher to go fetch a sacked body from a nearby hiding spot.The young men tied one of their living buddies into a sack, and the rest went into hiding to ambush the resurrectionist. The body snatcher found the sack, hoisted it over his shoulder, and began carrying it across a bridge and back to the school.

Just then, the sacked prankster started to kick. The resurrectionist was so terrified that he dropped the sack into the water below the bridge, and the men waiting in ambush had to go rescue their friend from the water. 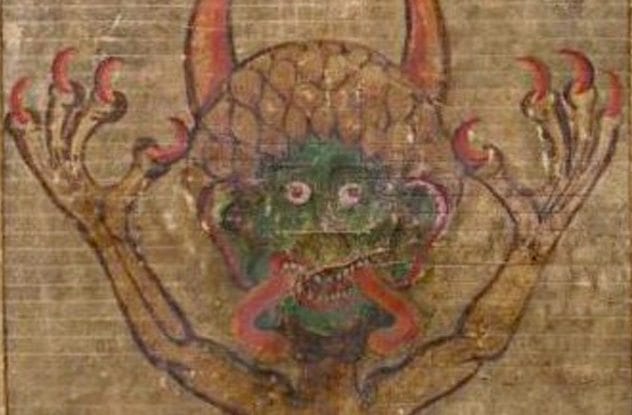 The year was 1913, and the folks in a small town in Arkansas were keeping watch over a body inside the house of a deceased farmer. To everyone’s surprise, a “creature” walked into the home carrying a chain across his shoulders. He was wearing a white robe and had long, red hair. The creature’s face was painted red and he had two horns set onto his head (or so the story goes).

The poor folks who were keeping watch were so frightened by this devil that they all ran out of the house. When they were finally brave enough to return, the farmer’s body was gone. 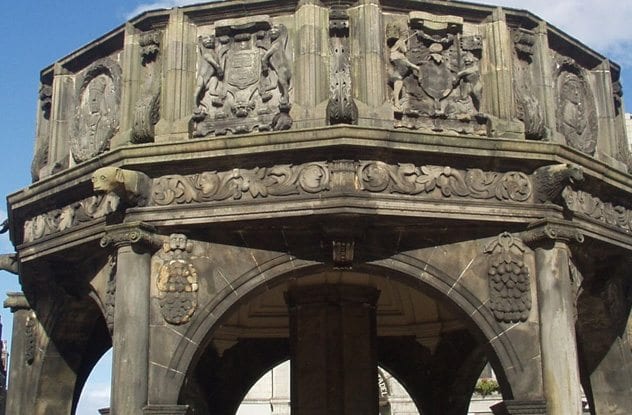 Throughout history and right up to the present day, thieves have stolen bodies and held them for ransom. For example, in 1881, the body of the Earl of Crawford was stolen out of the family’s mausoleum in Aberdeen. The family believed that the body was being held for ransom.

It was good business to steal bodies of those who were loved and make the wealthy families pay to get the bodies back. This was especially true if the body was that of a young child or infant. That was the case in 1910 when the body of an infant was removed from its grave in Montana. It was the son of a millionaire and the family was told to pay a large ransom fee in return for the body. 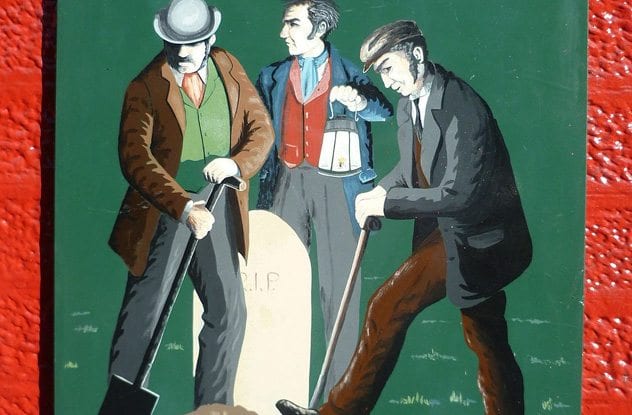 The body snatchers of England were highly skilled in stealing the recent dead for the medical establishment. While graveyards in the 1800s usually had a guard in place to protect the corpses at night, these guards were well paid by the body snatchers to look the other way.

Upon finding a fresh grave, the snatchers wasted no time getting the body out from under the earth. Instead of removing all the ground over the coffin, they only removed the dirt from the head, or top portion, of the coffin. After reaching the coffin, it was broken open and a rope was tied under the arms of the corpse. Once the corpse was up, its clothing was removed and thrown back into the coffin. The dirt was replaced and the corpse was taken away.

It is estimated that it took professional body snatchers only 15 minutes to remove a corpse.

1Boiled Down To Bones 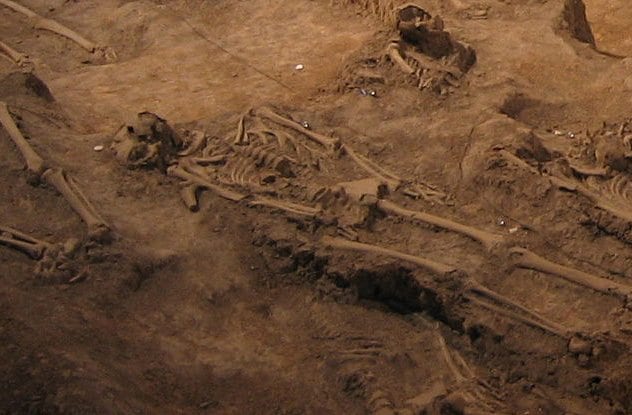 The year was 1885, and in the basement of a home in Chinatown, San Francisco, the city’s coroner made a gruesome discovery. Complaints were being made about a stench coming from the building, and when the coroner investigated the scene, he discovered decomposing human bodies in the basement. In another room, he caught Chinese workers busily boiling down the bodies and scraping the meat off the bones.

By the end of the initial investigation, over 300 dead bodies were found in the basement. Most of them had been stolen from cemeteries within California state.

The business behind this travesty involved the deceased people’s family members who were back home in China. When a Chinese person died and was buried, these body snatchers would remove the bodies, boil them down to bones, and ship the bones back to China for a fee.