It’s interesting to imagine ourselves with abilities that far surpass what a human can do. Just visualize yourself lifting 10 times your own weight or being able to see radiation with your own eyes.

In a way, that’s not as crazy as it might sound. If it were possible to implant certain animal organs into our own bodies, they could give us these powers and much more. 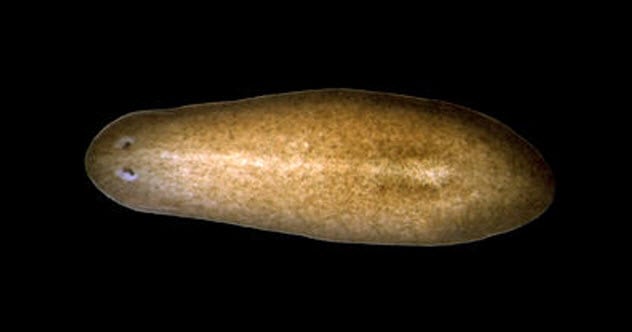 First, let us look at the planarian’s cells. These amazing flatworms have one distinct ability that we all wish we had. They can regenerate limbs at will. In addition, scientists have cut up planarians into several pieces and found that each piece will grow into its very own worm, complete and intact.

It even retains its memories from when it was just a single organism. So the planarian can essentially clone itself and still retain all its memories. (Now we really wish we had this ability.)

You can chop off the worm’s head, and the head will grow its own new body. The original body, which can detect light even without the original head, will grow a new head with a brain and nervous system.[1]

Remember those multiheaded dragons from cartoons? Planarians also have this distinct ability. If cut up in a certain way, they have been found to grow multiple heads—in some cases, up to 10! Pretty neat, huh? 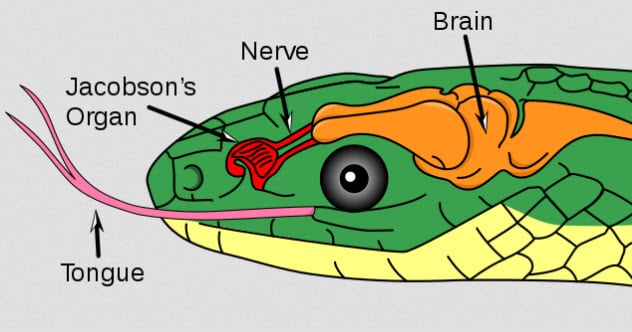 A snake’s vomeronasal organ (aka Jacobson’s organ) can help it to track down prey even over long distances. (If this organ worked the same for humans, it would help us track a wife or husband in a crowded mall or our child at Walmart, for example.)

This is done by detecting non-volatile chemical substances (which need direct contact with the epithelium to be detected) such as pheromones or the scent of a prey, which are left by every animal. Snakes use their tongues to collect those particles onto their vomeronasal organs. The bifurcated tongue of a snake will even allow them to analyze the data collected and determine which way their prey went.[2] This would be a great thing for a human in a law enforcement agency. 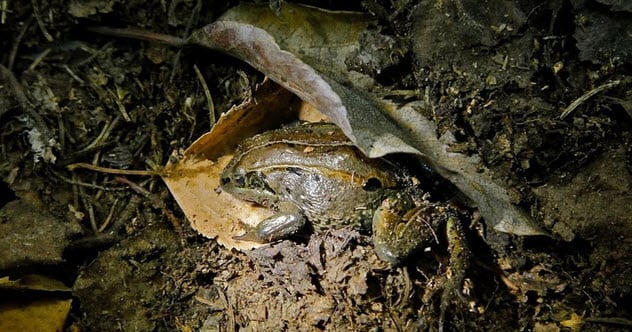 While freezing to death is not the most painful way to die, it could very well be the most uncomfortable way to go. Thousands of people have attempted to climb Mount Everest; almost every year someone succumbs to the freezing climate, and thousands more expire from the cold all over the world.

Well, this is exactly what the wood frog does every year. Instead of raising its metabolic rate to create internal heat like we mammals do, the wood frog does exactly the opposite. This unique animal slows its own metabolism dramatically so that it can survive, even without energy or oxygen.

The heart and almost every other organ in the wood frog’s body stops completely. Individual cells stay alive, but they would have no way of communicating with each other.

To quote Don Larson, who was a University of Alaska grad student at the time, “On an organismal level, they are essentially dead.”[3]

The frog secretes glucose from its liver into the bloodstream, focusing the glucose on all its internal organs. Acting as a natural antifreeze, the glucose keeps the frog’s insides from freezing until it can thaw out in the spring. 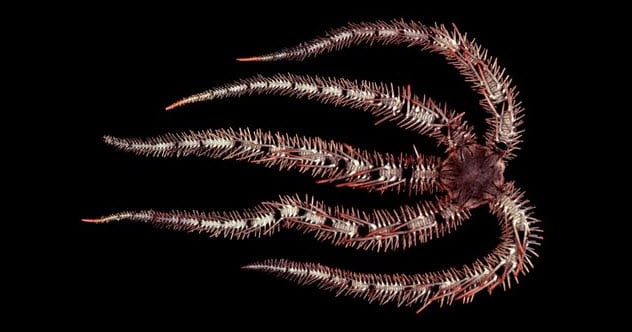 The Ophiocoma wendtii is an exceptionally amusing creature. Its visual capabilities surpass almost anything that humanity has ever created. Roy Sambles of the University of Exeter said, “It’s astonishing that this organic creature can manipulate inorganic matter with such precision—and yet it’s got no brain.”[4]

This brittle star has an incredible ability to see in almost any direction from just about anywhere on his body. This is because the Ophiocoma wendtii is covered in tiny, crystalline, ball-like lenses that turn its whole body into an all-seeing eye.

To put this into perspective, that would be the equivalent of humans being able to see from every hair follicle on our bodies. For the brittle star, this means that it can run away from predators while looking for a spot to hide and everything else in between. A human going to a haunted house with this ability would certainly ruin the experience.

If you thought that the previous brittle star had amazing visual capabilities, then you’re in for a treat. With its 12 to 21 photoreceptors, the mantis shrimp has some of the best eyes in the world. For comparison, a human’s eyes have only three photoreceptors.

Unlike us, the mantis shrimp can see ultraviolet light as well as different shades of the light. Its visual capabilities are like those of out-of-orbit satellites. This discovery initially baffled scientists because the mantis shrimp has the best naturally occurring UV light–detecting mechanisms in the world but an odd way of distinguishing colors.[5]

Although researchers have figured out what the mantis shrimp’s eyes do, how it happens and why the animal evolved like that remains a mystery. By the way, this creature isn’t really a shrimp. It’s more closely related to lobsters and crabs. 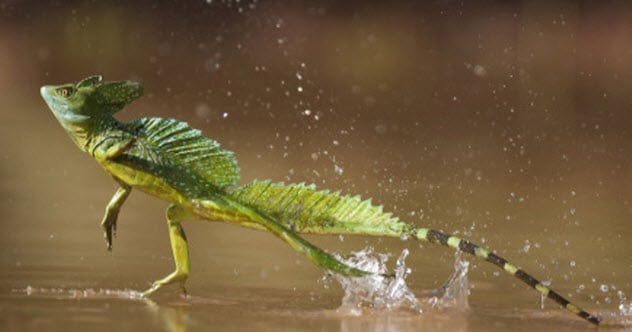 Our feet travel great distances. They get us from point A to point B. But what if we could walk on water? Even if it was just for a short distance, it’d be a great thing to be able to do, right?

Well, the feet of the green basilisk can do just that. Being able to sprint 4.6 meters (15 ft) on water, this creature has been dubbed the “Jesus Christ lizard” for obvious reasons. It manages this due to its fringed feet. They unfurl as the lizard runs, trapping air inside and thus allowing the creature to run on water.[6]

Just imagine how cool it would be if we could walk on water like this. 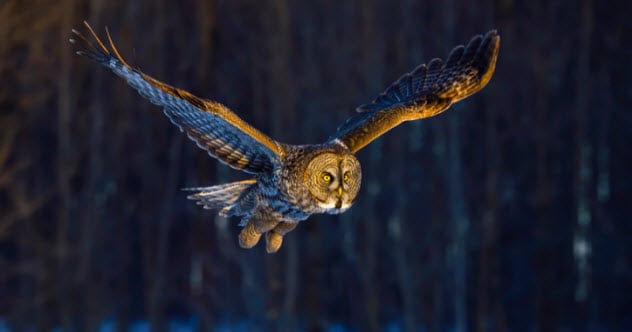 Flight and stealth are hard to manage even with today’s technology. Sure, we have stealth jets, but how many millions (or even billions) do we spend making one of these?

Imagine if we could fly anywhere in almost complete silence undetected by our enemies. Well, the owl does just that.

Being a nocturnal hunting creature, it captures its prey with near 100 percent success due to two things—its sight (which shouldn’t come as a surprise) and its wings. The noiseless flight has baffled many, so how does the owl do it?

It’s mostly due to the structure of its broad wings, which cover a large surface area. As a result, the owl doesn’t have to flap its wings often, which brings about its near noiseless flight.[7]

More importantly, the owl’s primary feathers are also serrated, breaking down turbulence. Then the edges of those feathers muffle the sound of air, aiding in the bird’s unique mystical ability. 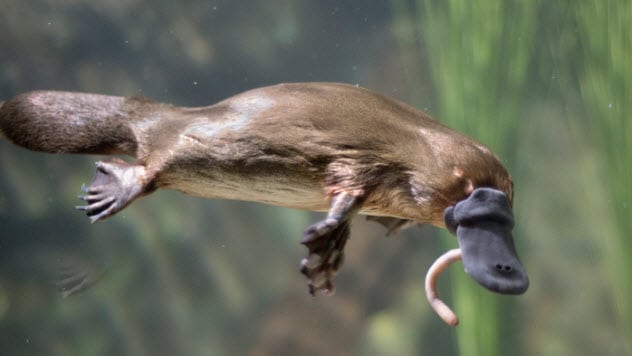 It’s pitch-black, and you can’t hear anything. If you were looking for someone, how would you go about it?

We humans are limited to five senses: sight, touch, taste, hearing, and smell. It would be hard to detect someone in that situation given our current abilities. So, what if we were able to detect a person (or any living being) through their electrical signals?

Most, if not all, living things have electricity running through them, generated by their hearts, brains, and nervous systems. A platypus’s bill can detect all those signals even in the dark, cold water.

Its bill uses two mechanisms, electroreception and mechanoreception, to detect moving prey in the water. The bill has striped pores that send out electrical signals to detect the electricity in its prey. The mechanical receptors send out signals that detect and predict where its prey will be headed.[8]

Bombardier beetles possess a unique and extremely effective way of defending themselves against would-be predators. If humans were to possess a power like this, crime rates would probably drop exponentially. If only we could look past the fact that this ability originates from the insects’ butts.

The bombardier beetle uses its behind to spray scalding, corrosive liquid right into its enemy’s face. A team of researchers from MIT, the University of Arizona, and the Brookhaven National Laboratory used high-speed synchrotron X-ray imaging to see exactly how this bug managed its unique feat.[9]

Benzoquinone is made in the bug’s behind by mixing two liquids together. This results in a chemical reaction in which these liquids boil while simultaneously creating the pressure needed to expel the benzoquinone in a pulsating spray. The chamber that held the liquid shuts itself off from the compartment that provided the liquid, giving the chamber walls enough time to cool off before the spray is expelled again. 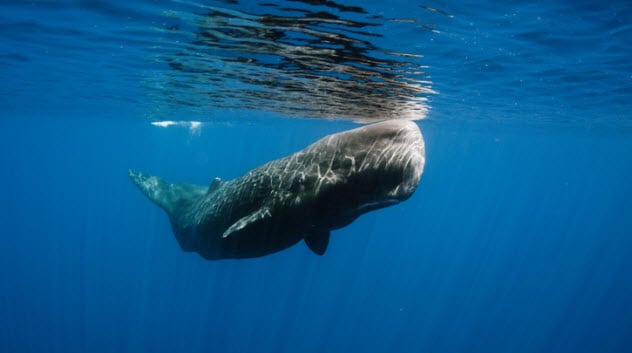 A Badjao tribesman was documented going as far as 20 meters (65 ft) underwater for about five minutes. At that depth, water causes a lot of pressure on your body. To be able to hold your breath for that long under that pressure without any equipment is not easy.

The longest time that someone has held his breath voluntarily is 24 minutes and 3.45 seconds, which was achieved by Aleix Segura Vendrell in Barcelona, Spain, on February 28, 2016, according to Guinness World Records.

Now, imagine being able to hold your breath for close to two hours instead. The sperm whale does this as part of its natural life. Every 90 minutes or so, the whale will float to the surface, blow the air out of its lungs at 300–500 kilometers per hour (185–310 mph), and inhale as much oxygen as possible before going back down.[10]

The common misconception is that the whale has huge lungs, but that’s far from the truth. Proportionately speaking, a whale’s lungs aren’t that much bigger than those of any land mammal. Instead, the whale achieves this by having a modified circulatory system.

First, the sperm whale’s circulatory system carries far more red blood cells (which hold oxygen) than other mammal. Also, while the whale is underwater, its heartbeat slows down, rising slightly only when surfacing for more air.

While the animal dives, the blood flow becomes restricted, nearly stopping in some areas. Despite this, the whale can still be active because large amounts of oxygen are stored in its muscles.

Michael is a full-time supervisor and part-time writer.