White supremacist gangs are nothing new. They offer protection and unity against perceived danger and appeal to people who feel under threat from change. These gangs rely on racist rhetoric and a false sense of security to recruit new members. Once they cross into criminal enterprises, they ignore their ideology in favor of money. The only color that really matters is green. 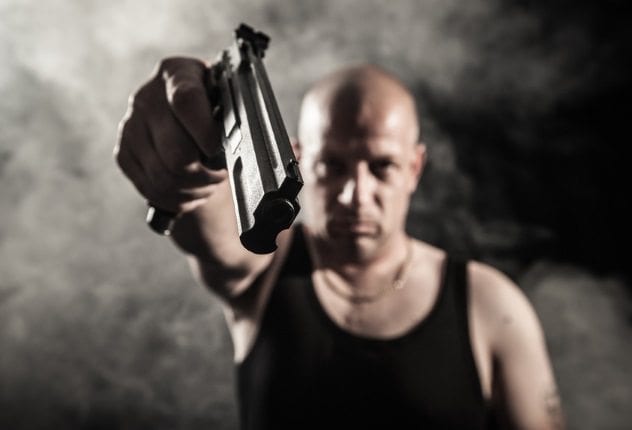 The Order is the most dangerous domestic terrorist organization in the past 30 years. Their goal—overthrow the US government and make the nation 100-percent white. Between 1983 and 1984, they got into counterfeiting and armed robbery to fund their mission. In July 1984, they had their most successful heist, stealing $3.6 million from an armored car in California. They also murdered talk show host Alan Berg and any member they thought might rat.

Founded in 1983 by Robert Jay Matthews, the Order only amassed 20 members, but their story has become legendary to white supremacists. They’re seen as having been willing to do what others only talk about. Their legacy has inspired countless acts of violence and even copycat organizations like the St. Louis–based New Order. The Order is now defunct, but they continue to influence white supremacy through their reputation and propaganda. 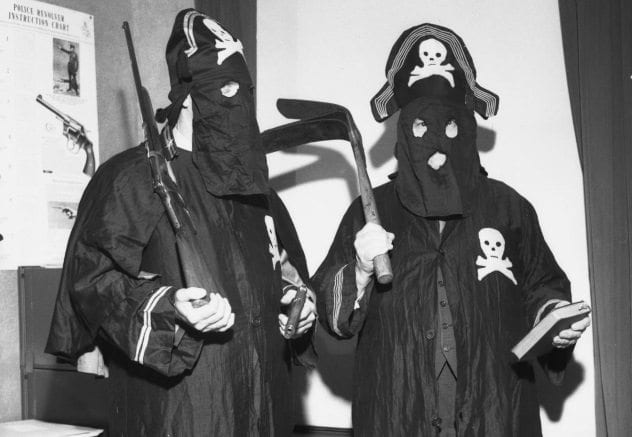 The Black Legion was a secret society that terrorized Detroit in the 1930s. They perpetrated violence against African Americans, Jews, Catholics, welfare workers, and labor organizers. Founded in the mid-1920s as a security force for the Ohio Ku Klux Klan, they operated under a paramilitary structure with five brigades, 16 regiments, 64 battalions, and 256 companies. At its peak, the Black Legion had 30,000 members, with one-third living in the Detroit area.

The membership was mostly composed of lower-class Southern whites who migrated to Detroit in search of work. They were confused and angry, feeling that foreigners and black people were taking jobs that were rightfully theirs. The Black Legion is believed to have committed 50 murders in Detroit alone. The organization fell apart in 1936, when a gunman named Dayton Dean broke ranks. He and ten others were convicted in the murder of labor leader Charles Poole. The romantic air evaporated, and the organization disappeared. 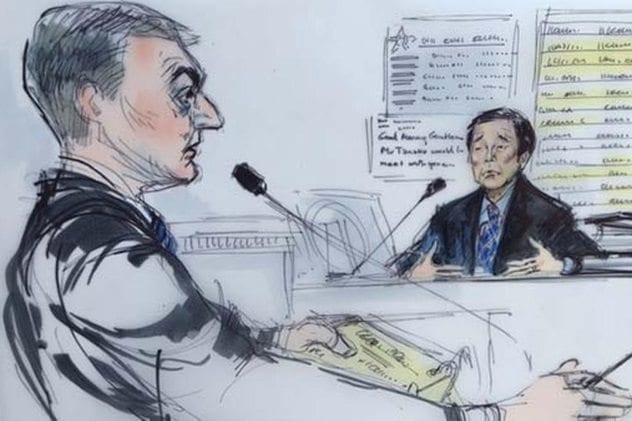 In 1991, a federal judge described the Lynwood Vikings, a clique of Los Angeles Sheriff’s Department deputies, as a “neo-Nazi, white supremacist gang” when he awarded a $9 million settlement for racially motivated violence. In a 2016 corruption probe, former Undersheriff Paul Tanaka came under scrutiny for his involvement in the gang. Tanaka, who is Asian, claimed there was nothing inherently racist about the organization. He still sports the Viking tattoo.

Deputy gangs are nothing new to the Los Angeles Sheriff’s Department. In 1971, the Little Devils emerged out of the East Los Angeles Station. Recently, crews like the Grim Reapers of Lennox Station or the Regulators of Century Station have appeared. The Sheriff’s Gang Unit known as the “Jump Out Boys” have come under scrutiny for their tattoos: a red-eyed skull with a bony hand over a revolver. Smoke is added over the barrel once a deputy has shot someone in the line of duty. 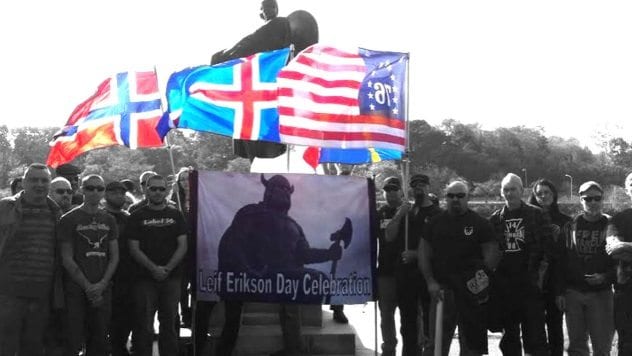 Founded in 2001 in Pennsylvania, Keystone United is one of the most notorious white supremacist gangs in the Eastern US. In 2009, they changed their name from the Keystone State Skinheads and rebranded themselves away from the stereotype of alcoholic thugs and violent drug addicts. They even hold picnics and other family-friendly affairs. However, their habit of racially motivated violence and murder contradicts their presented image. Recently, a chapter leader was charged with criminal solicitation to commit homicide.

Keystone United have become strong supporters of Donald Trump. Their signature tattoos of a white pit bull were a common sight at Trump’s campaign rallies in Pennsylvania. Pennsylvania has a long history of white supremacy and its own brand of “Rust Belt racism.” It first appeared during the Great Migration, when Southern African Americans came north looking for work. Many chose to intimidate the new arrivals rather than compete. 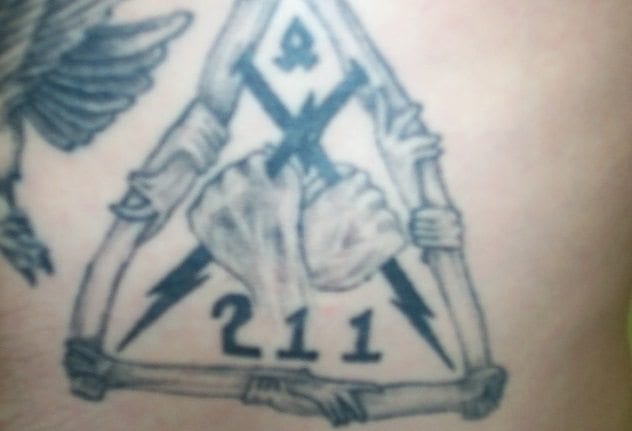 The 211 Crew emerged in the Colorado prison system. It started as a protective society for white inmates. Racism was the main recruiting tool, but ideology took a backseat to crime. Their empire soon spread out onto the streets.

Some claim that their name represents the police code for burglary. Others believe it is a numeric code for “BAA,” or “Brotherhood of Aryan Alliance.” They are known for their signature tattoo: three interlocking arms forming a triangle. In the center of the triangle, two fists clutch lightning bolts.

The 211 Crew is known for targeting law enforcement. In 2013, a member fresh out of prison, Evan Ebel, is believed to have stalked and murdered Colorado prison chief Tom Clements. Ebel died two days later in a police shootout in Texas. In 2016, member James Guolee received a 28-year sentence for the attempted murder of a Colorado Springs cop. 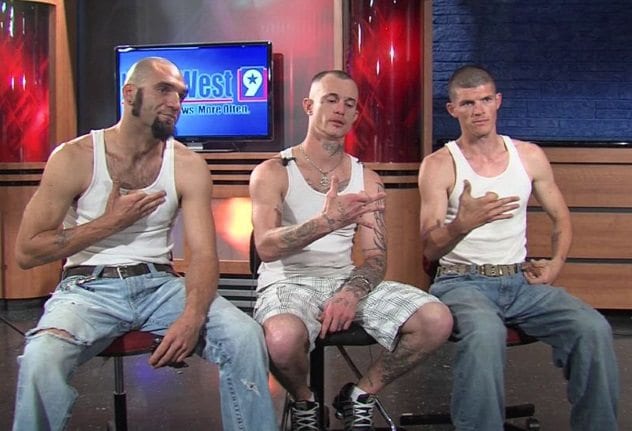 The Aryan Circle emerged out of the Texas prison system in the mid-1980s. It now has roughly 1,400 members distributed through Texas prisons, federal prisons, out-of-state prisons, and on the street. They operate under a paramilitary structure. One unique aspect of the gang is that women can become full-fledged members. Most members come from lower socioeconomic circles and use their gang activity to supplement paychecks from blue-collar jobs, particularly in the Texas oil industry.

Texas places all known Aryan Circle members in high security, one-man isolation cells for the duration of their sentence. The gang is gaining notoriety by being featured on “most wanted” billboards and TV ads throughout the state. The Aryan Circle has had tumultuous, periodically violent relationships with other white supremacist gangs. They also suffer from a drug problem. The gang deals in methamphetamine, and many members are addicts. 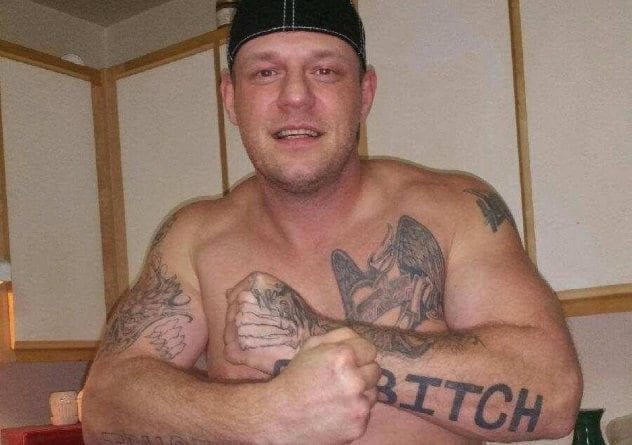 The European Kindred are the most feared white supremacist gang in the US Pacific Northwest. Founded by David Kelly in 1998, the organization soon grew beyond the Snake River Correctional Institution and spread to all four medium-security prisons in Oregon. In 2001, the European Kindred began expanding into a Portland street gang. Members are now found in Arizona, California, Colorado, and New Mexico.

Even the gang’s founder admits that it has grown out of control. The street-based members are so drug-addled that politics and ideology become an afterthought. Top members run the gang from “tables” in prisons and a series of clubhouses on the outside. In 2001, the European Kindred came to the public’s attention when a 21-year-old member murdered a black man in a Portland housing project. Since then, the European Kindred have had their hands full with meth distribution, dogfighting, home invasions, identity theft, rape, and murder. 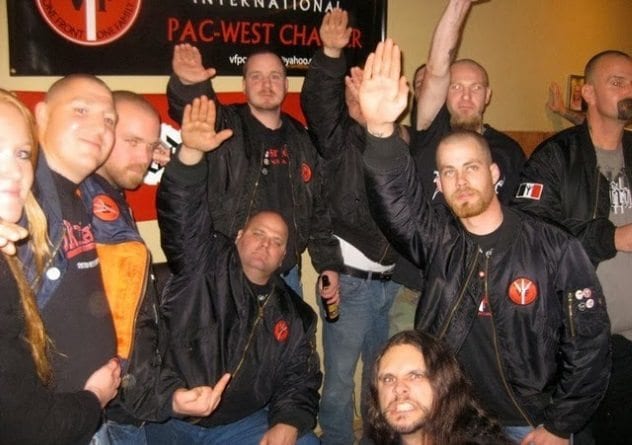 Founded in 1994 by Randal Lee Krager, Volksfront quickly spread out of the Oregon prison system and across state and international lines. Chapters opened across the United States, Canada, Europe, and Australia. They are known for their deep racial hatred and anti-Semitism, which they back up with violence. One of their goals is to establish autonomous white-only zones. They have made inroads with land acquisitions in Oregon. Volksfront is also a key player in the hate music scene. They organize festivals as recruiting tools and to establish group solidarity.

Infighting and violence have taken their toll on Volksfront. The 2012 massacre of a Sikh temple by Volksfront affiliates caused irreparable damage. Krager has abandoned the group. Infighting among his successors has severely damaged the group’s integrity and cohesion. Mike Lawrence, their East Coast leader, publicly distanced himself from Volksfront, claiming “the movement will forever be plagued with a collection of pedophiles, sociopaths, misfits and retards.” 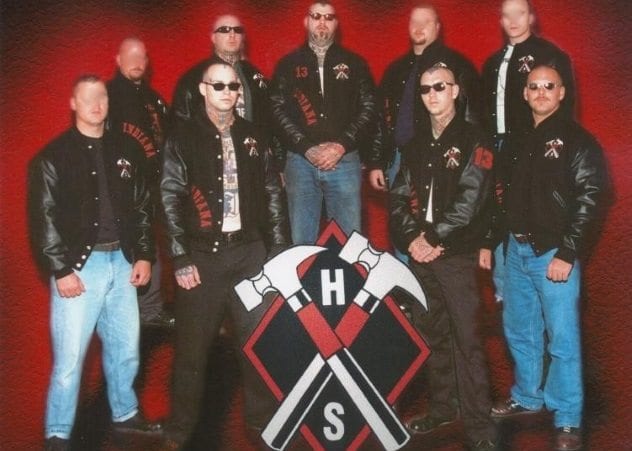 Emerging out of Dallas in 1989, the Hammerskins set out to unify hate groups. Their goal was to establish themselves as a modern, embedded revolutionary force in the United States. Their reach now stretches far beyond Texas and into Europe. The Hammerskins have proven extremely effective at recruiting young members. A key strategy to this is their official publication “Hammerskin Nation” and their white power rock concerts.

The Hammerskins are one of the most violent white supremacist crews in the world. Wade Michael Paige, who attacked a Wisconsin Sikh temple in 2012, was a patched member of the organization. He killed six and wounded three before killing himself in a shootout with police. All white supremacist groups have problems reigning in their soldiers, but the Hammerskins might have cracked the code. They’re not only still active, but they appear to be growing. 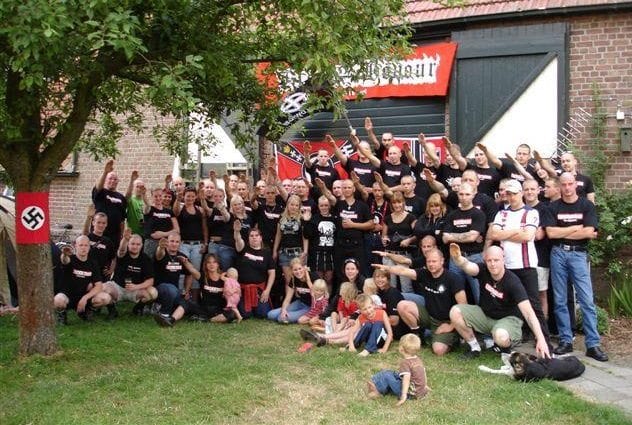 Founded in 1987 by Skrewdriver singer Ian Stuart, Blood & Honour emerged from England’s skinhead music scene. Stuart grew tired of the far-right National Front, claiming that they were becoming racially tolerant and exploiting skinhead music for their own ends. Along with band members from Brutal Attack, Sudden Impact, No Remorse, and Squadron, Stuart laid out the groundwork for a new white supremacist movement. The group took their name from a Hitler Youth slogan. Their logo contains the words “blood” and “honor” along with a triskelion, which resembles a three-pronged swastika.

After Stuart’s death in a car accident in 1993, Blood & Honour began to fracture. One faction remained loyal to propaganda through music. The other promoted terrorism and assassinations. Both claimed to be the true inheritors of Stuart’s message. Blood & Honour now serves as an umbrella organization for a constantly shifting group of white supremacist gang alliances.