Though we have easier access to more information than at any other time in history, erroneous beliefs can be surprisingly difficult to shake. Much of the “factual” content online is not factual at all, making the web a very easy place in which to find questionable data that happens to support one’s existing beliefs. Particularly in America, there are large segments of the population for which the truth is subjective, and there is strong support for many ideas that have long been disproven.

10The Sun Revolves Around The Earth 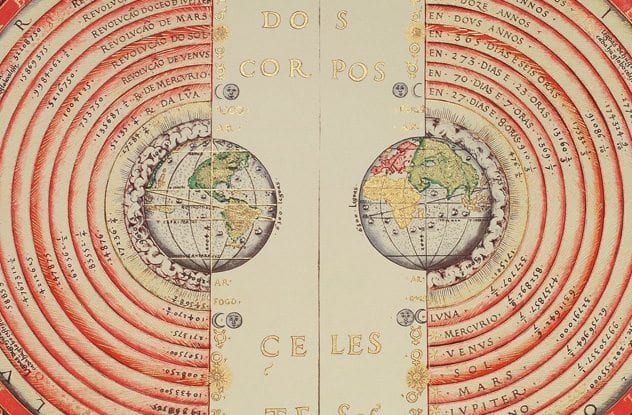 In 2012, a survey of 2,200 US adults was carried out by the National Science Foundation to gauge Americans’ attitudes. While the respondents were found to generally be very interested in scientific progress—particularly in the field of medicine—the responses to one specific question left researchers stunned. The question was “Does the Sun go around the Earth, or does the Earth go around the Sun?” Fully one in four respondents failed to answer it correctly.

In a similar poll, respondents in China and the European Union were also about as likely to answer the basic astronomy question incorrectly but fared better on questions concerning human evolution and medicine. About half of the US respondents pegged as false the assertion that humans evolved from earlier animals, and about the same number were unaware that antibiotics are ineffective against viruses.

9Barack Obama Is A Muslim 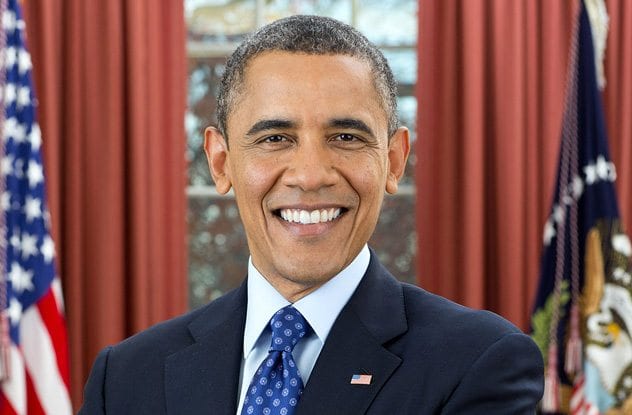 Since his initial presidential campaign, Barack Obama has dealt with myriad attacks from opponents who consider him, in a variety of ways, to not be American enough. The most common of these attacks—-insinuations that Obama was not born in the United States—have continued throughout his presidency, though he released his long-form birth certificate to the public in 2011. But according to a 2015 poll conducted by CNN, one notion appears to have had even longer legs than the “birther” issue—that Obama is a Muslim.

Though Obama frequently and publicly discusses his Christian faith, nearly one-third of those polled indicated this belief—and among Republicans, the number was 43 percent. Strangely, the overall number who hold this belief appears to have roughly doubled in just the last few years. In 2012, only 16 percent of participants in the same poll believed the president to be Muslim. 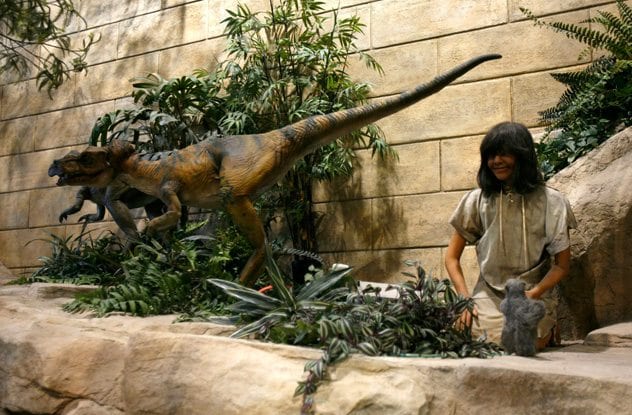 Polling organization YouGov conducted a survey to coincide with the 2015 release of the film Jurassic World, exploring Americans’ knowledge. While about three-quarters of those surveyed answered correctly that it is not currently possible to clone dinosaurs using fossilized DNA, a startling 41 percent were either positive or reasonably certain that humans and dinosaurs once walked the planet at the same time.

Religious preference was a factor. Nearly 80 percent of those describing themselves as “born again” held this belief—but among the non-religious, this number only fell to around 50 percent, though the last dinosaurs and the first humans were separated by 60 million years. However, many respondents may simply have not been paying attention. Nearly all of them professed to have seen the original Jurassic Park, yet 40 percent said that they would visit the park if it existed. There was no follow-up question about whether they fell asleep halfway through the film. 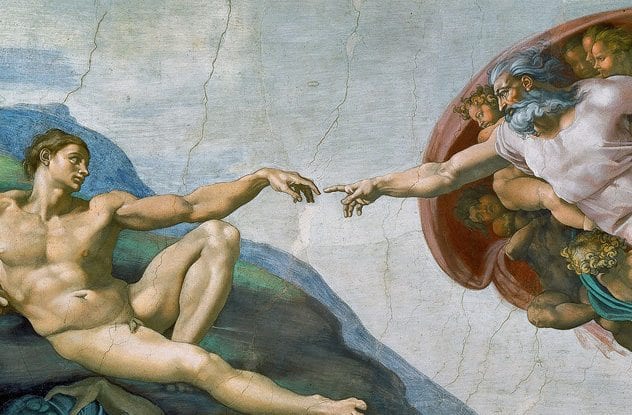 Similarly, a 2014 Gallup poll revealed a rough split between those who accept the scientific consensus regarding the age of the planet and those who believe the Earth—and human beings—were created fully formed by God 6,000–10,000 years ago. Just over 40 percent espoused the Young Earth view, with over half of the remainder—while conceding the Earth’s age—asserting that the evolutionary process was in fact guided by God.

Less than 20 percent of respondents left God out of the equation altogether, which matches up almost exactly with those who do not believe in miracles (20 percent) or the virgin birth of Christ (about 25 percent).

6The Civil War Was About States’ Rights 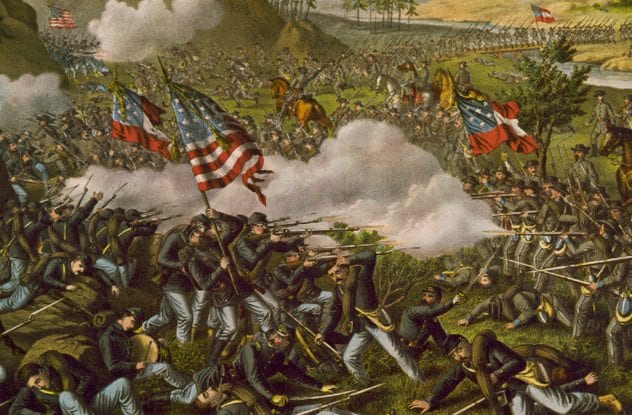 As can be expected from such a conflict, Americans’ attitudes about the Civil War remain deeply divided, even a century and a half after its end. A recent Pew research poll revealed that fully half of Americans describe the conflict as being totally or mostly fought over states’ rights and not slavery—a notion explicitly contradicted by the historical record. This falsehood has even taken hold in many American public school textbooks.

In actual fact the seceding states were AGAINST states’ rights—specifically, the right of Northern states to pass laws interfering with the federal government’s regulations concerning slavery. This was made clear in the secession proclamations of every Southern state, as was the notion that slavery was the central source of the conflict. Perhaps none of these proclamations were quite so explicit as that of the State of Texas

“We hold as undeniable truths that the governments of the various States, and of the confederacy itself, were established exclusively by the white race, for themselves and their posterity; that the African race had no agency in their establishment; that they were rightfully held and regarded as an inferior and dependent race, and in that condition only could their existence in this country be rendered beneficial or tolerable.”


5Being Gay Is A Choice 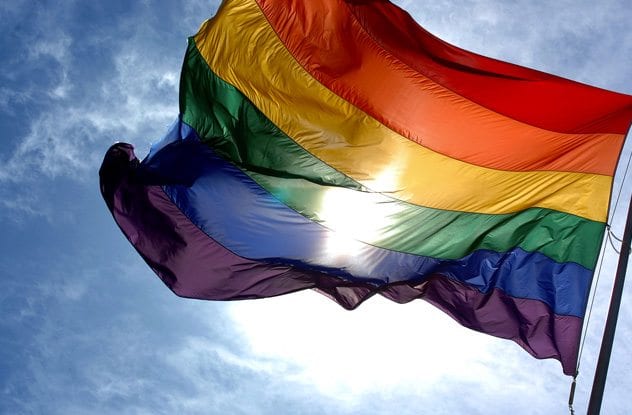 As we have previously discussed, there is significant and growing scientific evidence of a biological basis for sexual orientation; it can also be reasonably argued that there would be very few benefits in choosing to be gay. Nevertheless, Pew found in 2015 that over 40 percent of Americans describe homosexuality as “just the way some people choose to live”—and an additional 8 percent believed same-sex attraction to be due to upbringing.

Only 41 percent of those polled asserted that people are born gay or lesbian, but there has been progress—in a similar poll from 1985, that number was only 20 percent. 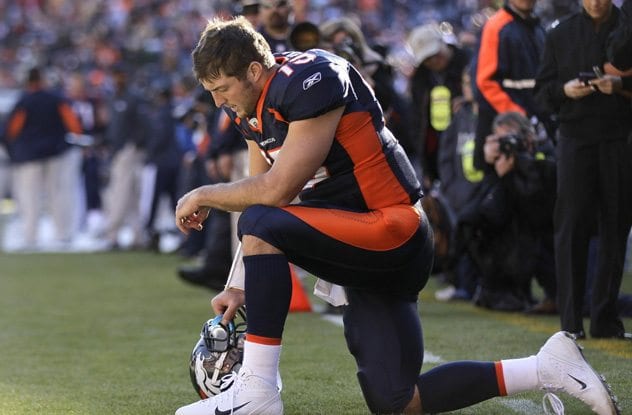 An intriguing survey conducted before the 2013 Super Bowl compared Americans’ attitudes toward football and religion. Among such hot-button questions as whether public high school football teams should sponsor prayers before games (76 percent said yes) were a pair of questions that revealed a peculiar attitude as to the priorities of the Almighty.

Regardless of region or religious and political affiliation, 54 percent of all respondents professed a belief that God favors athletes of faith, rewarding them with health and success. But half of those went even further: 27 percent agreed with the statement “God plays a role in determining which team wins a sporting event.”

Considering the thousands of sporting events at every level held around the world every day, it seems as though presiding over them all might leave God little time for anything else—which, now that we think about it, may explain a lot.

3Saddam Hussein Was Responsible For 9/11 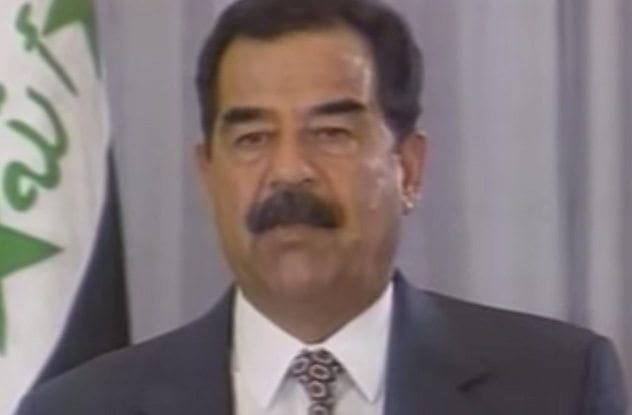 A 2016 University of Maryland poll revealed one thing clearly: When it comes to the September 11, 2001, terrorist attacks and the subsequent US invasions of Afghanistan and Iraq, Americans are profoundly confused. Despite the subsequent worldwide prominence of Al-Qaeda and President Bush’s assertion on the event’s fifth anniversary that Iraq had nothing to do with the attacks, Saddam and 9/11 seem to be inextricably linked in the minds of much of the American public.

Over 50 percent of those polled believed “strong evidence” had been found that Saddam was working closely with the terrorists, with half of those somehow remembering Iraq’s direct involvement. About the same number—23 percent—believed weapons of mass destruction had been found in Iraq as well, despite the well-publicized controversy over none having been found. 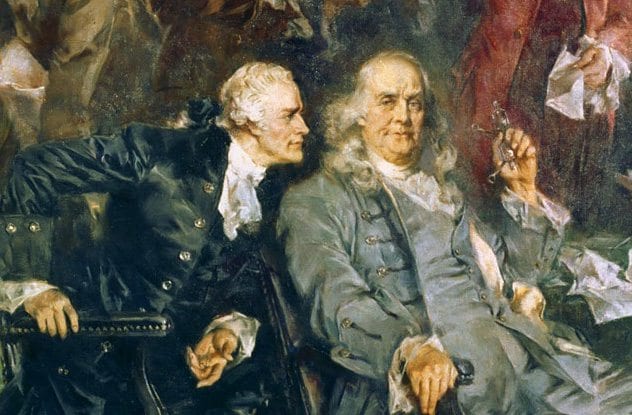 Founding Father Alexander Hamilton made a great many contributions to the birth of the United States; he was our first Secretary of the Treasury, founder of the Bank of New York, and is even considered the father of the Coast Guard. One thing he did not do, however, was become President—despite the nearly three-quarters of Americans who put him in the Oval Office, according to a Washington University study in which participants were asked to select 41 presidents from a list of 123 names.

Perhaps the problem is his presence on our currency, which would explain why the same study wrongly placed Benjamin Franklin—who graces the $100 bill—among the field of American presidents. Said the study’s author, “I had predicted that Benjamin Franklin would be the person most falsely recognized as a president, but Hamilton beat him by a mile.” Those who selected Hamilton did so very confidently; he received more votes than six actual US presidents. 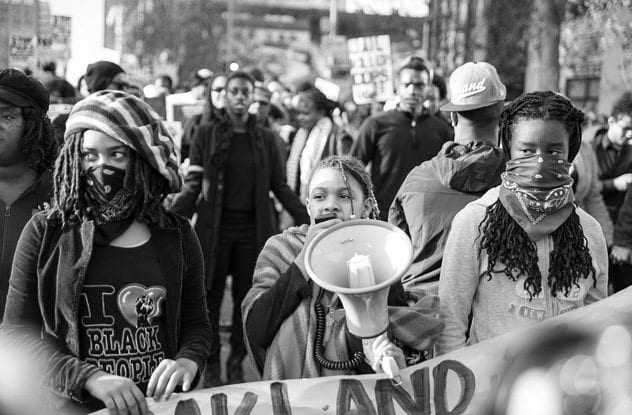 The middle of this decade will almost certainly be looked back upon as a time when the economic and social divide between whites and blacks in the US was laid bare. Recent statistics indicate that black people tend to get paid less than whites, have more health problems and die sooner, are disproportionately incarcerated, and are unfairly targeted by police—yet a recent Harvard study shows that in general, white people tend to have a severely distorted view of this reality.