Ancient Rome wasn’t known for its enlightened attitude toward women. They were expected to be homemakers and to stay out of public life. Yet some women did manage to gain political power behind the scenes—even if they had to be ruthless to keep it. 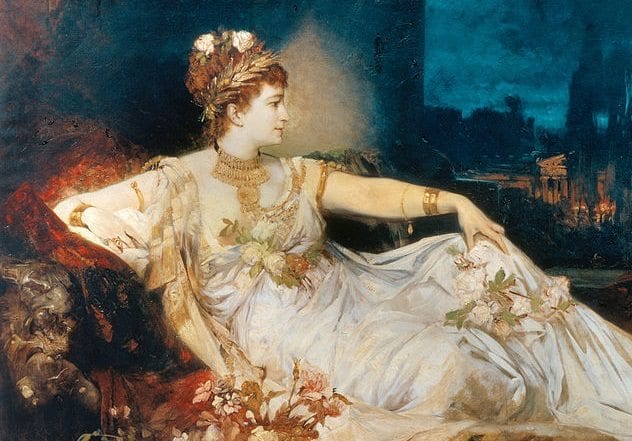 Messalina is best remembered for accusations about her wild sexual escapades, which Roman writers tended to throw at anyone they didn’t like. Pliny the Elder even claimed that she had sex with 25 men in a row to win a contest with Rome’s most famous prostitute.

This hostility probably came from the fact that Messalina was the most powerful woman in Roman history up to that point. Her husband was Claudius, who became emperor mostly because his ambitious relatives considered him a drooling idiot and never bothered having him murdered. When Caligula was assassinated, Claudius was found hiding behind a curtain and took the throne as the last man standing.

Messalina dominated her meek husband and soon controlled his administration. Anyone who opposed her risked being arrested on false charges. She even persuaded Claudius to execute her stepfather by saying she’d dreamed he was plotting against the emperor.

But she went too far in AD 48, when she married another man. It was probably a coup attempt, with Messalina and her new husband planning to replace Claudius entirely. Unfortunately, Rome’s bureaucrats preferred the easily manipulated Claudius and persuaded him to put the conspirators to death. They prevented Messalina from seeing Claudius before her execution, fearing she would be able to talk him out of it. 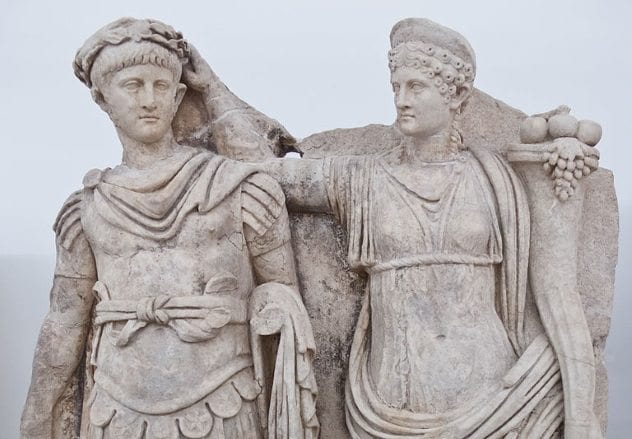 After Messalina’s death, Claudius rewrote Rome’s incest laws and married his niece, Agrippina, a hardened veteran of imperial intrigue. (Her sister had been starved to death on Messalina’s orders.) As before, Claudius was easily pushed around by his new wife, who quickly took control of the empire. Agrippina even signed government documents and officially dealt with foreign ambassadors.

Agrippina had a son, Nero, from a previous marriage, and she was determined to make him emperor. She talked Claudius into adopting Nero and favoring him over his biological son, Britannicus. Anyone who opposed Nero was systematically eliminated.

After Claudius granted Nero equal imperial power, Agrippina decided that she no longer needed Claudius and served him a tasty dish of poisonous mushrooms. Lucky to the end, Claudius suffered a massive bout of diarrhea, which saved him from the poison. But Agrippina’s allies were everywhere, and Claudius’s doctor pushed more poison down his throat with a feather. Nero became emperor, and Agrippina’s triumph was complete. 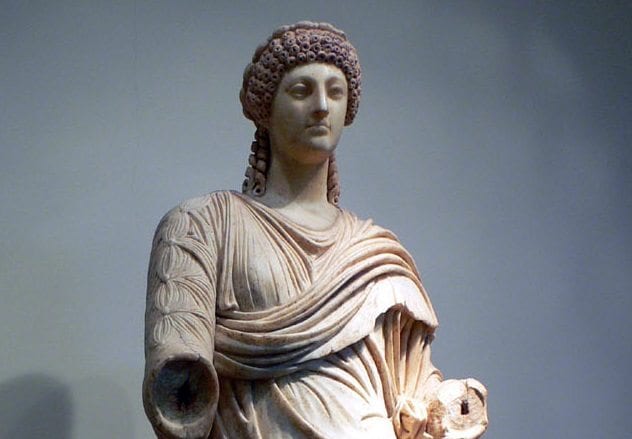 After Nero became emperor, Agrippina continued to exert influence behind the scenes. However, she met her match in her son’s lover, Poppaea Sabina.

Poppaea wanted Nero to marry her, but he was already married to Octavia, daughter of Claudius and Messalina. Agrippina had worked hard to secure the match (even framing Octavia’s first fiance for treason) and refused to allow her son to get divorced. Meanwhile, Poppaea (whose mother had been forced into suicide by Messalina) hated Octavia and demanded that Nero stand up to his mother.

Trapped between the women in his life, Nero chose Poppaea and gave his mother a boat designed to collapse and kill her. But Agrippina survived and swam to safety. Worse, she knew it was an assassination attempt because she had seen the crew of a “rescue” ship clubbing survivors to death with their oars. In a panic, Nero gave up on making it look like an accident and had his mother hacked to death. She supposedly went out bravely, telling the her son’s henchmen to strike the first blow at her womb. 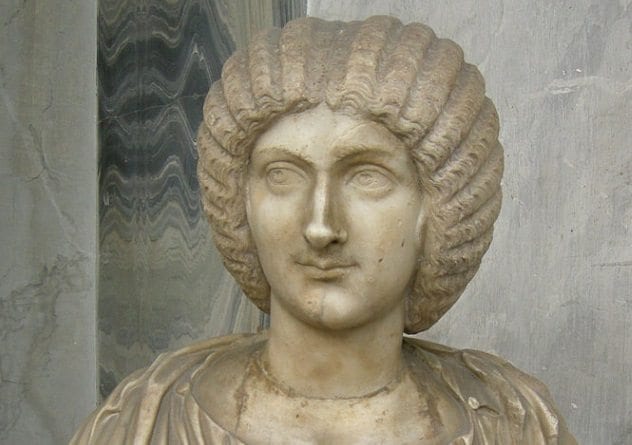 After a male-dominated century, powerful women made a major comeback in Rome during the Severan dynasty, which was arguably a dynasty of women. The trend started with Julia Domna, wife and trusted adviser to Emperor Septimius Severus.

Domna really came into her own following Septimius’s death in AD 211, when he was succeeded by their sons, Caracalla and Geta. Domna played a dominant role in their administration and officially ran the empire while Caracalla was on campaign.

Although Domna was an excellent administrator, she was unable to prevent tragedy from stalking her family. First, Caracalla killed Geta in a fit of rage. Then, Caracalla was murdered by the prefect Macrinus. This was too much for Domna, who chose to commit suicide after hearing the news. 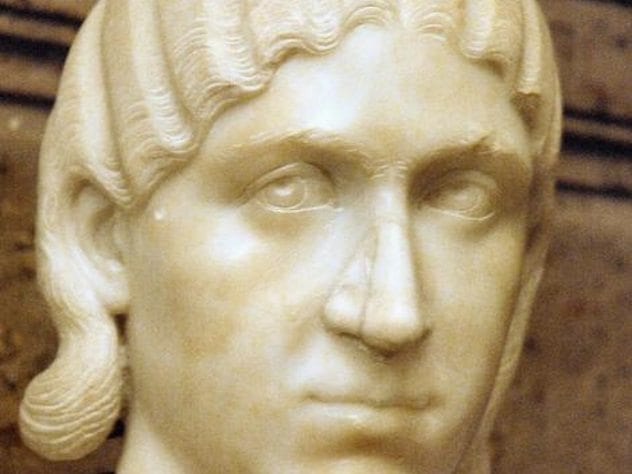 After murdering Caracalla, Macrinus seized power and declared himself emperor. But he underestimated the Severan women. Julia Maesa (Domna’s sister) and her daughter, Julia Soaemias, were determined to get revenge on Macrinus and restore their family to power.

In a campaign of furious intrigue, Soaemias and Maesa persuaded the legions of the East to support Soaemias’s son, Elagabalus. Since Elagabalus wasn’t actually a blood relation of Septimius Severus, they started a rumor that he was Caracalla’s illegitimate son by incest, which somehow worked in their favor.

Macrinus raced to put down the rebellion, but he was defeated and executed outside Antioch. Elagabalus became emperor, but the 14-year-old was uninterested in governing. Maesa and Soaemias were the real rulers of Rome during his reign. 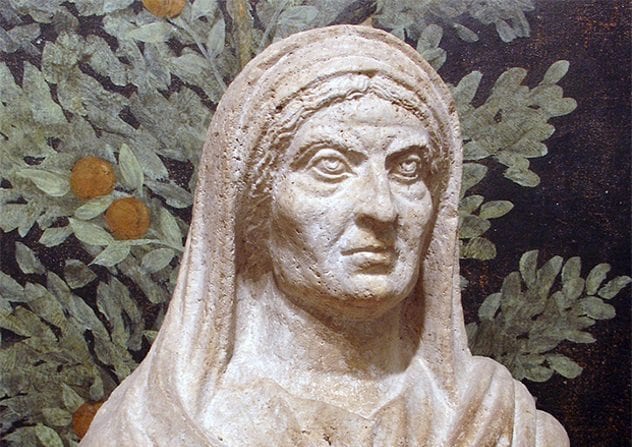 Photo credit: University of Pennsylvania Museum of Archaeology and Anthropology via Ancient Rome

While Soaemias helped rule the empire, Elagabalus was allowed to indulge his every whim and soon developed a reputation for wild debauchery. He supposedly prostituted himself in the imperial palace and married a charioteer named Hierocles. Cassius Dio claimed that he offered a fortune to any surgeon who could give him a vagina.

On another occasion, he fell for an athlete named Zoticus, who supposedly had a huge penis. The jealous Hierocles spiked his rival’s drink, and “after a whole night of embarrassment, being unable to secure an erection, he was driven out of the palace, out of Rome, and later out of the rest of Italy.”

Whether these stories are true is debatable, but it’s clear that Elagabalus quickly alienated most of Rome, and his mother was unwilling to rein him in. His grandmother, Maesa, eventually stepped in and staged a coup, deposing Elagabalus in favor of his cousin Alexander, the second emperor she’d put on the throne. In a shocking show of ruthlessness, Maesa had her daughter and grandson executed to secure Alexander’s power base. 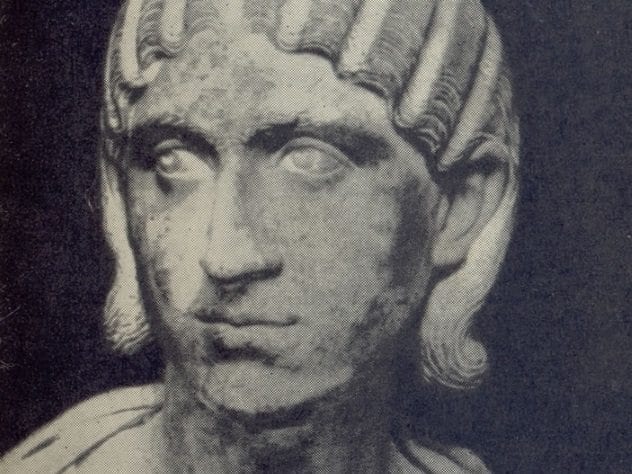 Photo via A Bit of History

Maesa died shortly after putting Alexander on the throne. She was succeeded by her daughter, Julia Mamaea, Alexander’s mother and the last of the dynasty of women who effectively ruled Rome. Historians agree that Mamaea “totally dominated” her young son and ran the empire with the help of a council of senators.

She even joined the army on military campaigns, which was unheard-of for a woman. Unfortunately, the wars went badly, and the legions eventually mutinied. Soldiers murdered Alexander and Mamaea as they clung together in their tent, ending the Severan dynasty. 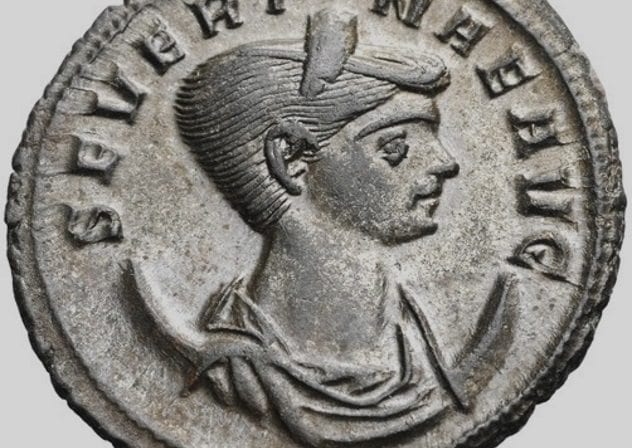 Ulpia Severina was the wife of Emperor Aurelian, a renowned general who was murdered by his own soldiers in AD 275. Other than that, almost nothing is known about her. We’re only aware of her existence from monuments and coins, which suggest that she ruled for a brief period after Aurelian’s death.

Ancient sources mention a gap between Aurelian’s death and Tacitus taking the throne, and some historians speculate that Severina ruled during this period, only to be erased from history after Tacitus took charge. However, her coins were already in circulation and couldn’t be erased. Severina may have been the first woman to rule the Roman Empire in her own right. 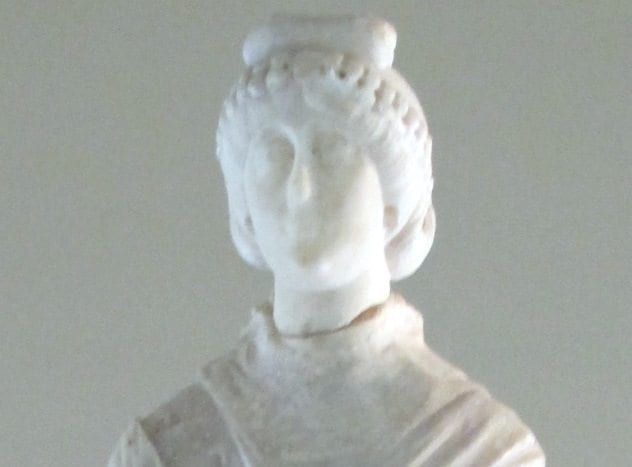 Aelia Pulcheria was a childhood prodigy who declared herself regent for her brother when she was 15—only two years older than her brother. She kept a tight grip on power for the next four decades. To shore up her position, she took a vow of perpetual chastity and cultivated a religious reputation.

However, Pulcheria ran into problems when her brother died in 450. Although she had long been the true power in the Eastern Roman Empire, it was unheard-of for a woman to rule alone. The easiest solution was for Pulcheria to get married, but she refused to violate her vow of chastity. In an unusual move, she eventually did marry a senator named Marcian, who became her co-emperor after he publicly agreed that they would never have sex. 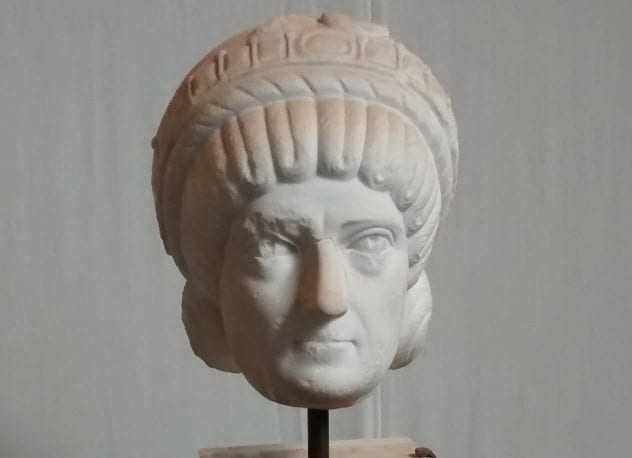 The daughter of Emperor Theodosius, Galla Placidia lived during the dying days of the Western empire. As a young woman, she proved her toughness by confirming a death sentence for the woman who had raised her. A few years later, the Visigoths sacked Rome and kidnapped Placidia. They intended to ransom her to her brother, Emperor Honorius, but he declined to pay, and the Visigoths dragged Placidia around Europe for the next six years.

In 414, Placidia married the young Visigoth king Athaulf. They were supposedly genuinely in love, but Athaulf was murdered within the year. Placidia returned to Rome, where she married Emperor Constantius. After Constantius died, a usurper tried to steal the throne from the couple’s infant son. Placidia fled to Constantinople, where she persuaded her niece, Pulcheria, to give her an army.

Returning to Rome, Placidia made her son emperor and ruled as regent for the next 14 years.