When World War II began, Nazi Germany had an unimaginable advantage of surprise. The Nazis had prepared for the war for years while the Allied countries had no idea what was going on.

Adolf Hitler would never have begun a military campaign if it was doomed to fail and boomerang. Germany held four aces when the war began, but the costly decisions Hitler made along the way saw the German advantages metamorphose into disadvantages. The Nazis could have won the war if they had made these decisions differently.

10 Germany Invaded Britain Instead Of The Soviet Union 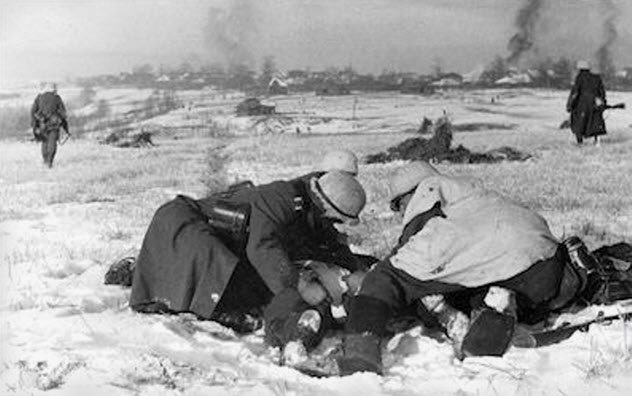 Germany’s invasion of the Soviet Union in 1941 proved to be the undoing of Hitler’s military campaign. Hitler sent 4.5 million troops to invade a country that had signed a nonaggression pact with him. This was a fatal mistake because Britain, Germany’s most bitter enemy, was close to powerlessness at that time.

Following the defeat of France, Britain made a pragmatic decision to withdraw its troops from France due to intensive land and air assaults from Germany. As British forces withdrew, they had to leave a substantial percentage of their heavy armory behind. At the moment that Germany invaded the Soviet Union, the British Army was lacking in heavy weaponry and motor transport. They also lacked the operational concept and experience to resist a German invasion.

Hitler made the costly mistake of not going for the kill.[1] Instead, he opted to engage the Soviet Union, a decision that eased the pressure on Britain. This allowed the country to remobilize its military forces to continue fighting Germany throughout World War II.

The invasion of the Soviet Union created a huge dent in the German military machine as Hitler did not prepare for a winter war. German forces never recovered from the Soviet’s winter counteroffensive. By late 1942, the Germans were fighting defensively in the Soviet Union.

9 Germany Did Not Declare War On The United States 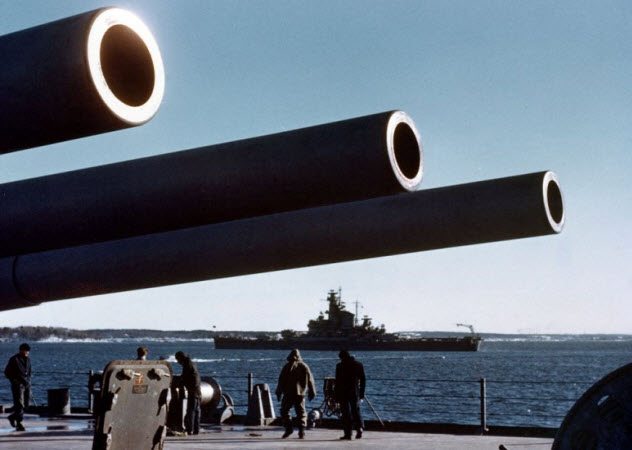 During World War II, one of Nazi Germany’s huge mistakes was declaring war on the United States. If Germany had exercised caution in this regard, there is a chance that the US would not have formally declared war on Germany.

Even if the US had eventually done so, it would have been much later and the Germans would have bought themselves adequate time to confront their enemy. Several historians agree that although Germany and the US were unofficially at war, the Americans may not have wanted to fully commit to the European theater of the war if Germany didn’t expressly declare war on the US.

For the same reason, Operation Torch, the Allied invasion of North Africa (which was under Axis control), might have proceeded with minimal American participation. This would have bought the Germans more time and possibly turned things around for the Nazis.[2]

8 There Was No Holocaust 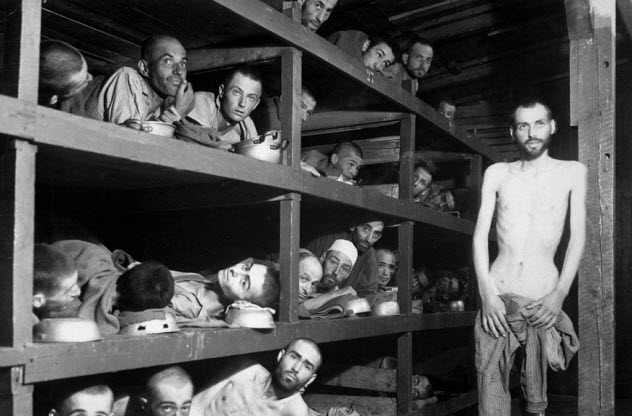 The Holocaust was the systematic and state-sponsored torture and murder of six million Jews under the Nazi regime. It was also the biggest mistake the Nazis made during the war.

The killing of innocent Jews, including women and children, portrayed Adolf Hitler as a cruel dictator with animalistic instincts. This was crucial to the success of the mobilization of a massive military effort against Germany.

Moreover, Hitler wasted a lot of human and material resources in carrying out the racist torture and murder of innocent and noncombatant Jews.[3] If Hitler had refrained from such atrocities, it would have been much more difficult for the Allied countries to mobilize the massive military response that eventually led to the downfall of the Third Reich. 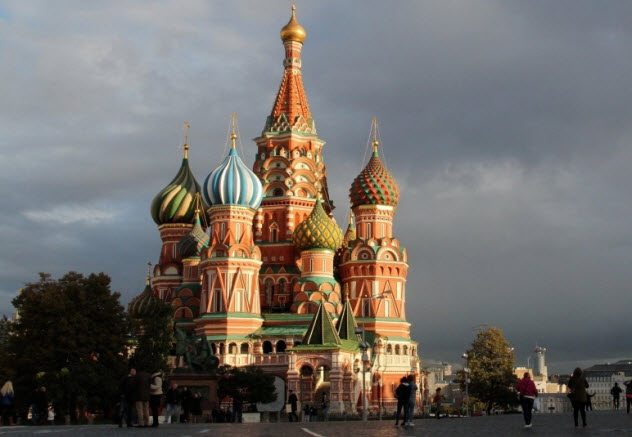 Germany made a serious mistake by invading the Soviet Union on its own when it could have coordinated with Japan and forced the Soviets to fight on two fronts. One reason why the Soviet winter counteroffensive succeeded just a few kilometers from Moscow was that the Soviets were capable of reinforcing their military with well-equipped and well-trained divisions from Siberia.

These fresh troops stopped and repelled the winter-stricken German soldiers. If Hitler had coordinated with Japan during the Soviet campaign, this would have been the most likely scenario: As German soldiers advanced from the west, Japan would have invaded the Soviet Union from the east.[4]

Japan would have pinned down the military reinforcements that rescued the Soviets from the brink of defeat at the hands of their German invaders. Moreover, the sheer size of the Soviet Union allowed it to trade space for time. If Germany and Japan had invaded the Soviet Union simultaneously, the Soviets wouldn’t have had that luxury. 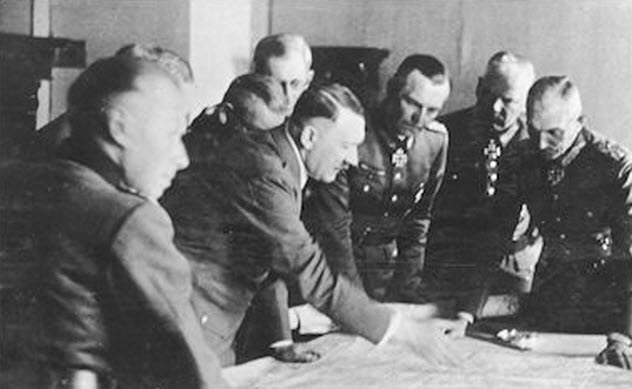 Hitler’s interference with battle strategy caused more damage than the combined efforts of the Allied forces. He bypassed his generals on the Eastern Front and assumed day-to-day operational command of the army.

Worse yet, Hitler did not consider any point of view that differed from his own. He issued orders based on his perception of reality. From his headquarters in Germany, Hitler directed the movements of individual divisions on the Eastern Front using information that was too old by the time it reached him.[5]

For example, Hitler’s directive that German troops should stand firm in Moscow was against the counsel of his military officers on the ground. It led to the deaths of a million German soldiers.

Moreover, several historians believe that it wasn’t just the firepower of the Allied Forces that made their invasion of Normandy successful. Hitler’s refusal to listen to wise military counsel played a major role in the defeat of German forces in France.

5 Hitler Did Not Order The Bombing Of British Cities 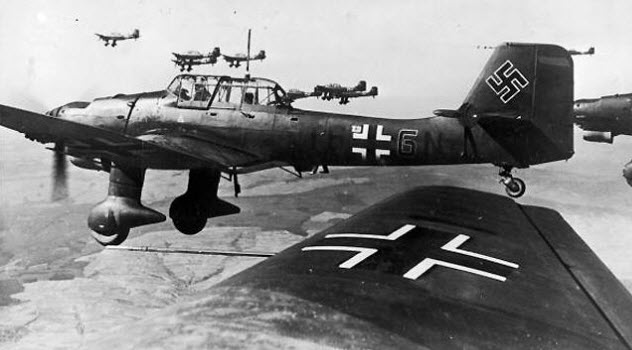 Germany’s bombing campaign on Britain, initially restricted to military and industrial targets, was aimed at crippling Britain’s capacity to defend itself. In fact, Germany made remarkable gains in the bombardment of military installations, especially British air force bases and airfields.

When the Royal Air Force (RAF) launched a retaliatory air raid on Berlin, Hitler lost his temper and ignored the significant progress that the German air force had made against its British counterpart. In September 1940, several British airfields and air force bases had been destroyed.

The RAF was hopping on one leg when Hitler gave it a respite and ordered that German planes bombard British cities, especially London.[6] This gave the RAF ample time to repair its airfields and bases and return to battle at full capacity. 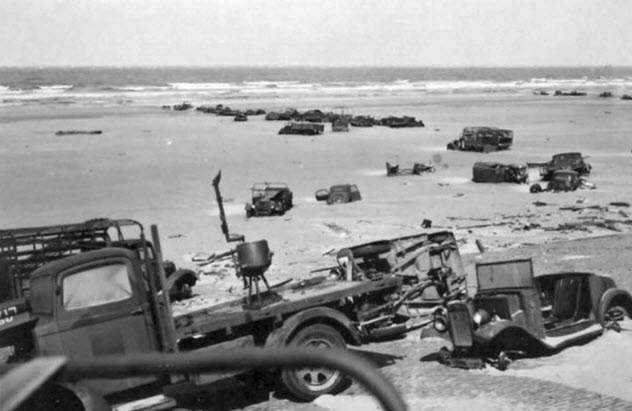 In May 1940, German infantry units and several tank divisions were in pursuit of 350,000 British soldiers at Dunkirk. The Panzer tank divisions were on the verge of surrounding the British forces while the Luftwaffe (German air force) conducted an unimpeded bombing raid on the enemy.

Suddenly, Hitler gave the “halt” order.[7] Rather than let the fast-driving Panzer tanks overtake the British Expeditionary Force (BEF), Hitler wanted the slow-moving infantry units to do the job.

The British military command capitalized on Hitler’s mistake and mobilized ships, yachts, fishing boats, rowboats, and lifeboats to evacuate the BEF. Eventually, only 40,000 British troops were captured by the Germans.

If Hitler had allowed the Panzer divisions to continue their pursuit, the Germans could have captured significantly more British troops. Britain may have surrendered early in the war, just like France.

3 Germany Did Not Invade Greece 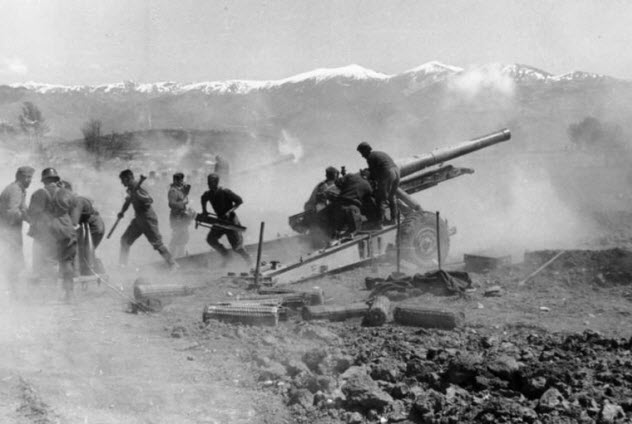 Hitler believed that if he invaded the Soviet Union in May 1941, he would overrun Moscow before winter. Some historians agree that Hitler’s reasoning could have played out accurately if Germany hadn’t invaded Greece.

Following Italy’s humiliating defeat in Greece, Hitler decided to bail out the Italians. Historians believe that moving into Greece delayed the invasion of the Soviet Union by six weeks.[8] If Hitler hadn’t entered Greece in April 1941, there is a chance that the attack on the Soviet Union would have occurred earlier and Moscow would have fallen before winter.

2 Germany Did Not Fight On Two Fronts 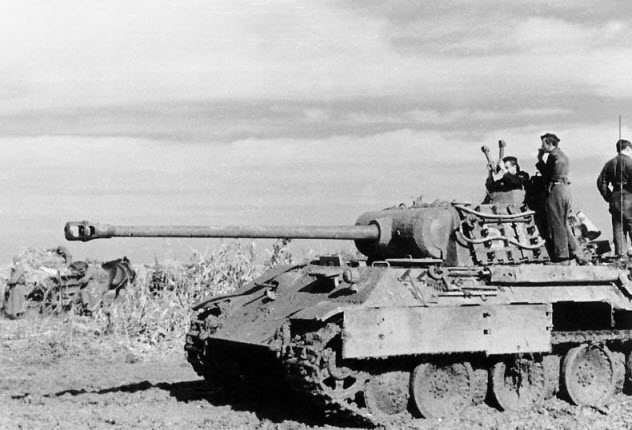 The fact that Germany was engaged in combat on two fronts played a crucial role in their defeat. The Nazis were fighting Britain and the US, among others, to the west while they battled the Soviet Union to the east. This proved to be a fatal decision for Germany.

If the Nazis had fought on one front at a time, the course of the war could have been different. The June 22, 1941, invasion of the Soviet Union turned a one-front battle against a war-weary Britain into a two-front engagement. The Eastern Front absorbed about three-quarters of the German army and resulted in two-thirds of German casualties.[9]

Many historians wonder why Hitler made the fatal mistake of invading the Soviet Union when Britain had yet to surrender. If Hitler had invaded Britain and waited patiently to win the war before moving to the Eastern Front, he would have kept the war on a single front.

With Britain defeated, it would have been nearly impossible for the US to have operational bases in Europe. Even if that had become possible, it would have bought Germany enough time to figure out how to subdue the United States.

Hitler’s diversion of military resources to the Soviet Union gave the British ample time to rebuild their military might and allowed the US to gain a stronghold on the Western Front. If Hitler had been more cautious and restricted the war to one front at a time, there is little doubt that World War II would have turned in Germany’s favor.

Moreover, historians believe that if Hitler had not broken the nonaggression pact as early as he did, the Soviets, who had Stalin as their dictator, could have become an Axis power. Hitler could have turned against the Soviet Union at the most convenient time. 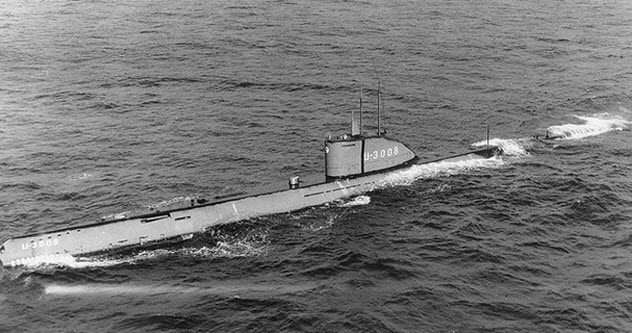 A major reason why the Nazis lost the war is that they started a global military campaign before they were fully prepared for it. One shortcoming of this decision is that the German navy was poorly prepared to fight a war on the scale of World War II.

While the United States had aircraft carriers and several surface ships, German naval warfare relied mainly on U-boats. After World War I, the Treaty of Versailles prohibited Germany from amassing a large military force. The German navy and air force were not constituted until 1935.[10]

Surprisingly, by 1939, Germany had already started war on a global scale. But Hitler only had about four years to prepare for it. If he had waited a decade longer, Germany would have had more time to develop a military force that could have won on such a large scale.

Jeffrey Morris is a prolific freelance writer with a passion for history and finance.

Read more intriguing stories about the Nazis on 10 Interestingly Outlandish Conspiracy Theories About The Nazis and 10 Fascinating Stories From The Psych Evaluations Of The Nazis.

10 Embarrassing Flops From The Crusades