Medieval Europe was theoretically pretty conservative on sex. One 13th-century bishop even put out a list ranking the five known sexual positions from least to most sinful. (If you’re curious: missionary, side-by-side, sitting, standing, and “dorsal.”) But just like any other era, the medieval period still had its share of sex scandals. 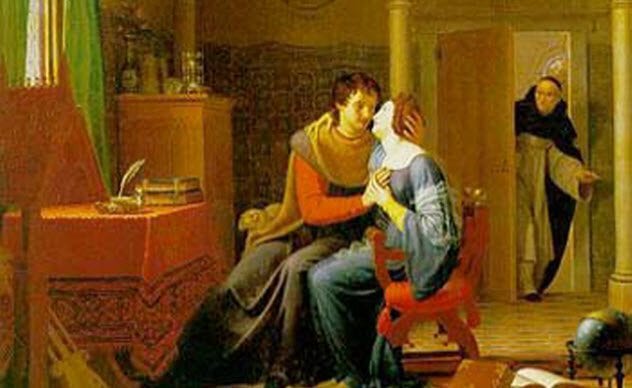 In the early 12th century, Peter Abelard was the most famous philosopher in Europe. Huge crowds turned out to hear him speak, while students paid him handsomely to act as their tutor. He courted scandal when he started sleeping with one of his students, the beautiful and brilliant Heloise.

Heloise was the niece of Fulbert, canon of Notre Dame and Abelard’s landlord, who was enraged when he discovered the illicit affair. Fulbert demanded that the couple get married. Neither was keen, but they agreed so long as the marriage was kept secret. But after Heloise gave birth to a son named Astrolabe, Fulbert revealed the marriage—only for Heloise to publicly deny it. Fulbert was furious.

Abelard sent Heloise to safety in a nunnery, which only annoyed Fulbert more. In 1117, a group of men burst into Abelard’s bedroom and brutally castrated him. He survived to become a monk and remained in contact with Heloise. 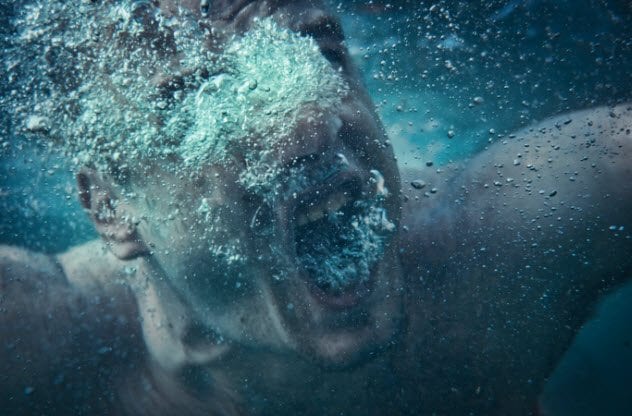 In the late 1400s, an unmarried young man moved to the city of Speyer in Germany. He soon developed a reputation as a real rogue, conducting several affairs and groping women during the carnival. Nobody cared until 1477, when it was revealed that the philandering youth was actually a woman named Katherina Hetzeldorfer.

According to the trial records, Katherina had built herself a prosthetic penis “half as big as an arm . . . with a red piece of leather, at the front filled with cotton, and a wooden stick stuck into it.” She used this to have sex with several women, all of whom insisted at trial that they had no idea it wasn’t real. Katherine’s one-night-stand Else Muter even claimed that it somehow produced “semen . . . beyond measure.”

Katherina was drowned in the local river. The court accepted that her lovers had been hoodwinked, and they were sentenced to exile rather than death.

8The Swedish King And His Sister-In-Law 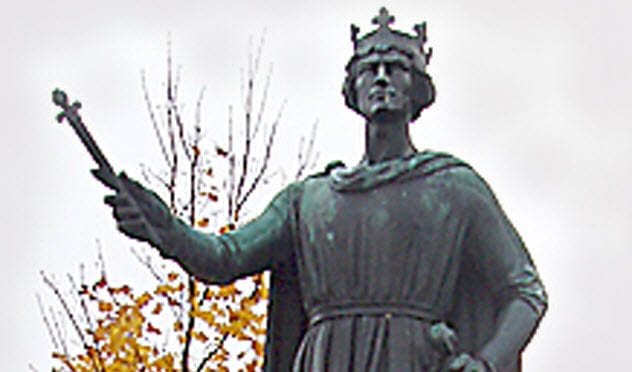 Princess Jutta was the daughter of King Eric IV of Denmark. As a young woman, she was placed in a cloister, where she was expected to live out the rest of her life as a nun. Instead, she staged a daring escape to Sweden.

Jutta was welcomed by her sister Sophia, who was married to King Valdemar of Sweden. Unfortunately, Valdemar started a passionate affair with the beautiful Jutta. They even had a child together. Soon, all Sweden was in an uproar with rumors that the king was cheating on his wife with her own sister.

Valdemar eventually had to make a pilgrimage to Rome to beg the Pope for forgiveness. It wasn’t the PR triumph he had hoped since the Pope imposed a hefty fine. The Swedes were furious that they had to cough up extra taxes for this, and Valdemar was quickly overthrown by his brothers.

7The Naughty Nuns Of Littlemore 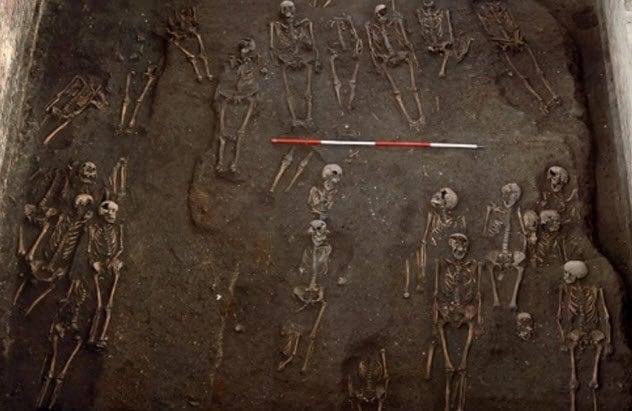 In 1517, the local bishop decided to inspect Littlemore Priory in Oxfordshire, England, and uncovered the scandalous behavior of the nuns living there. Apparently, the sisters “romped and played with boys in the cloister.”

Even the prioress had an illegitimate daughter by a priest from Kent. To make matters worse, she had stolen church property to give her daughter a dowry, selling off the nunnery’s “candilsticks, basynes, shetts, pelous, federe bedds, etc.”

The nuns weren’t particularly repentant. In fact, when one was put in the stocks as punishment, three others broke down the door and freed her. The four nuns then set fire to the stocks and smashed their way out through a window.

Such immoral behavior couldn’t be tolerated, and the nunnery was eventually shut down on the orders of Cardinal Wolsey. 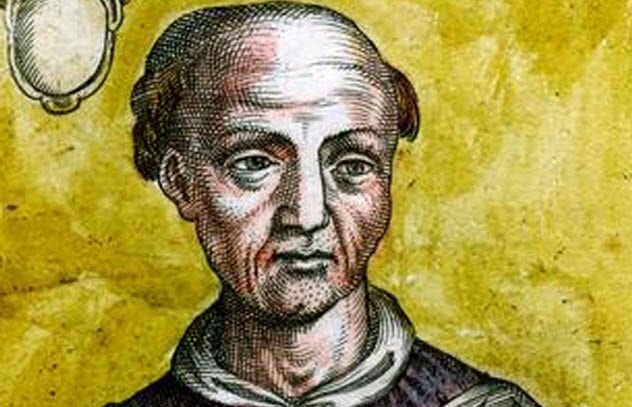 John XII became Pope when he was just 18, entirely thanks to his powerful family. The teenager rapidly proved himself more interested in sex than religion, to the point that his official palace came to resemble a brothel. It was said that local monks actually stopped praying for his health and started praying for him to die.

Before long, the scandal had spread across Europe. The Holy Roman Emperor wrote to warn that “not just a few, but all . . . have accused you of homicide, perjury, sacrilege, [and] incest with some of your female relatives and two sisters.”

John died in AD 964, apparently while making love to a woman named Stefanetta. Some accounts say that he had a stroke from the exertion, while others say that Stefanetta’s jealous husband burst into the room and threw the Pope out the window. 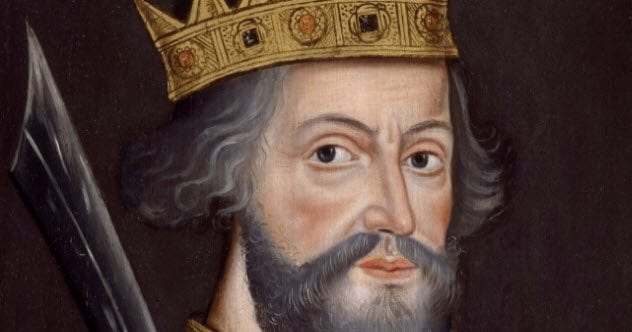 These days, William I of England is best known as William the Conqueror. But in his own lifetime, he was often derisively referred to as “William the Bastard” or “William the Tanner.” That’s because he was born from a teenage tryst between Duke Robert of Normandy and a tanner’s daughter from Falaise.

Since Robert never had other sons, William was legitimized, but the scandal of his birth continued to haunt him. When he besieged Alencon, the citizens dangled animal skins from the walls and shouted, “Hides, hides for the tanner! Plenty of work for the tanner!” An enraged William fired a bunch of their severed hands from a catapult.

William’s descendants had more of a sense of humor about the whole thing. Henry II was stitching a torn glove when a bishop shouted that he looked just like his relatives in Falaise, prompting Henry to “burst unto uncontrollable laughter.” 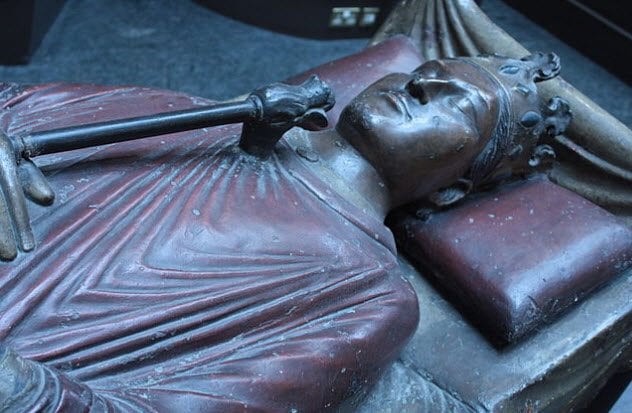 Henry II had an even more disconcerting story in his ancestry. While his mother was William the Conqueror’s granddaughter, his father was Geoffrey Plantagenet, Count of Anjou. The family had a reputation for cruelty, and it was said that they were descended from a demon.

According to the story, one of the early counts married the mysterious beauty Melusine but noticed that she always slipped out of church before the Eucharist. One day, he stood on her cloak to prevent her from leaving. As soon as the priest raised the Host, Melusine screamed, sprouted wings, and flew out the window, leaving behind two of her demon babies.

Of course, nobody buys that story nowadays, but the Plantagenets loved it. Both Henry and Richard the Lionheart often joked about being half-demon. Meanwhile, Bernard of Clairvaux summed up popular opinion of the family by declaring “from the Devil they came and to the Devil they will return.”

3The King, His Son, His Wife, And Her Brother 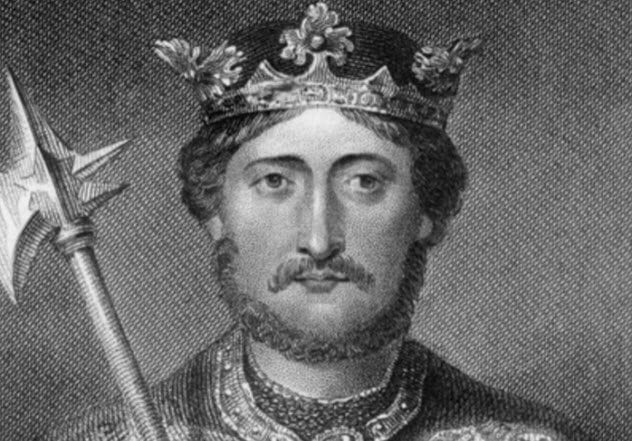 A more realistic scandal involved Henry, his son Richard the Lionheart, and Princess Alys of France. Alys and Richard had been betrothed as children, and Alys was sent to live with Henry when she was nine. But even when Alys passed the age of 16, Henry declined to actually let Richard marry her. Soon, sensational rumors leaked out that Henry had taken her for his own mistress.

The Pope threatened to excommunicate Henry’s whole kingdom unless he let Richard and Alys wed. King Louis of France demanded either a marriage or his daughter back. Henry begrudgingly agreed but didn’t name a date and continued to drag his feet for the next decade.

To make things even messier, some historians have suggested that Richard was having sex with Alys’s brother Phillip. In any case, Richard refused to marry Alys after his father died, alleging that she had already given birth to his half-brother. 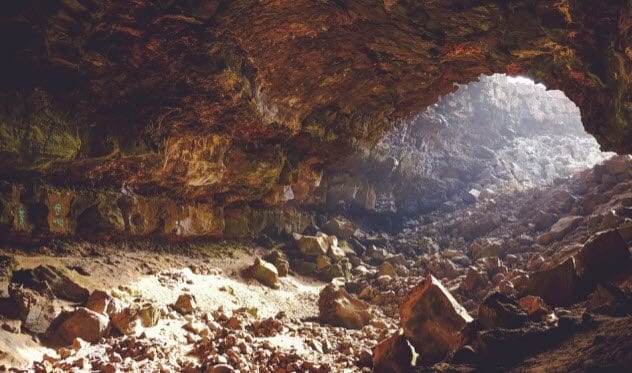 In the late medieval period, the Church became increasingly worried about heretics, who were encouraged to admit to all sorts of disturbing sex acts on top of their religious crimes. In a famous case, a German heretic named Lepzet confessed that his sect met in a cave, where their bishop would insert the handle of a silver spoon into his anus and use it to hold an offering.

Then the congregation would kiss the bishop’s buttocks and a cat’s rectum before having an orgy—“men with men and women with women.” The confession was considered extremely shocking, although some killjoy historians suggest that Lepzet was probably making the whole thing up.

1Machiavelli, Da Vinci, And The Holes Of Truth 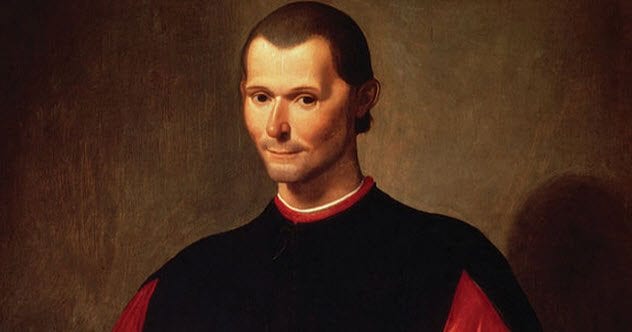 In the 1400s, the rulers of Florence placed several boxes known as “holes of truth” around the city. Citizens could write anonymous accusations and place them in the boxes to be investigated by the authorities.

It was a recipe for innuendo and rumormongering. Even Niccolo Machiavelli had to deny sodomizing a local courtesan known as La Riccia. He was presumably lying since he mentioned in a letter that La Riccia jokingly called him her “house pest” because he visited so often.

But the biggest scandal came in 1476 when multiple notes were left accusing Leonardo da Vinci and three other local notables of regularly having sex with a 17-year-old named Jacopo Saltarelli.

Soon all Florence was abuzz, and the artist found himself hauled in for questioning by the Officers of the Night, who weren’t nearly as cool as their name suggests. Fortunately, the charges were eventually dropped without damaging Leonardo’s career too much.