History is vulgar, violent, obscene, perverted, and decadent. However, we usually only get presented with a watered-down version that leaves out all the salacious bits. This is an unabridged look at 10 occasions throughout history when things got decidedly NSFW (“not safe for work”). 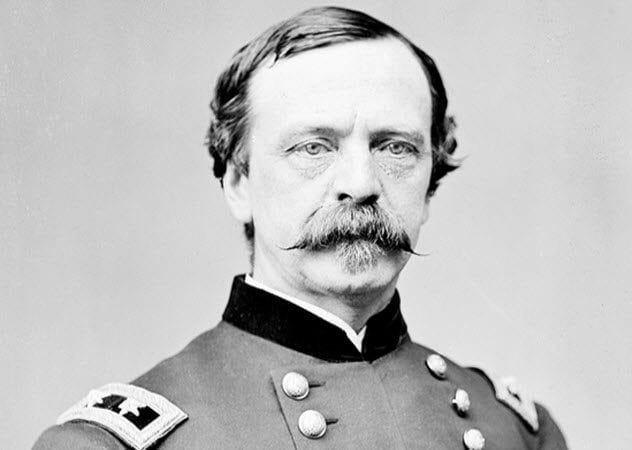 Civil War General Daniel Sickles was a man surrounded by controversy most of his life. His most notorious moment came when he killed his wife’s lover and got away with it by pleading temporary insanity. The lover was Philip Barton Key II, son of national anthem composer Francis Scott Key.

Sickles’s marriage had attracted attention before this, though. He had married Teresa Bagioli when he was 33 and she was only 15. Still, Sickles preferred the company of escorts, most notably the infamous New York courtesan Fanny White.

Sickles even took White to London when he was appointed first secretary to the American Legation. He brought her to a formal event where he introduced Fanny to Queen Victoria. All the while, his real wife was back home pregnant with his child. 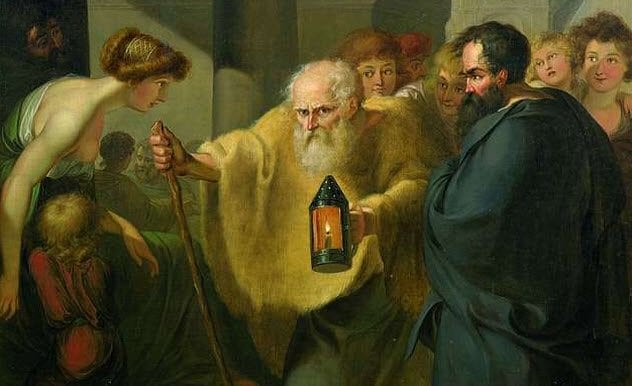 Diogenes of Sinope, one of the founders of Cynicism, was well-known for his eccentric, sometimes obscene behavior. Although none of Diogenes’s writing has survived, he is remembered from numerous anecdotes which espoused his belief in a simple life.

When asked why he was begging in front of a statue, Diogenes said it was so he’d get used to being refused. When Alexander the Great offered to grant him any wish, a sunning Diogenes asked Alexander to move out of his light. When asked why he carried a lamp in broad daylight, Diogenes confessed that he was looking for an honest man.

Sometimes Diogenes’s actions caused offense to those around him as he was opposed to following normal conventions that he viewed as wrong or unnecessary. He defecated in public while giving speeches, and he urinated on people he didn’t like. He also masturbated publicly when the need arose.

8 The Maya Got High On Enemas 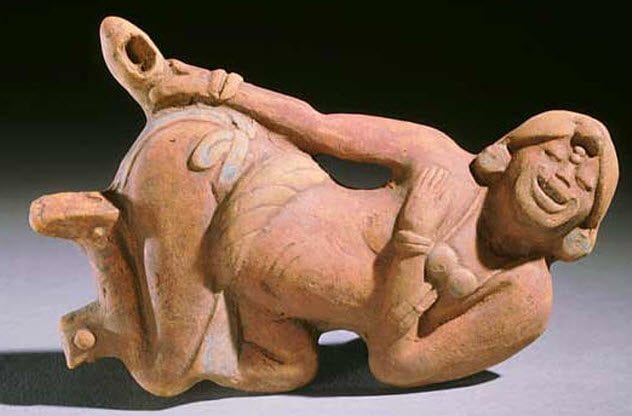 The ancient Maya had various ways of getting intoxicated to have visions that would bring them closer to the gods. Evidence shows that they experimented with many beverages, which they administered rectally to intensify their euphoric states. The beverages contained ingredients such as chocolate, corn, tobacco, and water lily.

One ingredient which has polarized experts is ipecac, the herb which induces vomiting. We know from scenes depicted on pottery that the Maya consumed mixtures that would make them throw up during rituals.

Some argue that this was unintentional and that the Maya were unaware of ipecac’s sickening effects—hence the reason why they switched from drinking the concoctions to taking them as enemas. Others argue that the vomiting was induced on purpose and that purging was another way to induce hallucinations.

7 Irish King Had Sex With A Horse 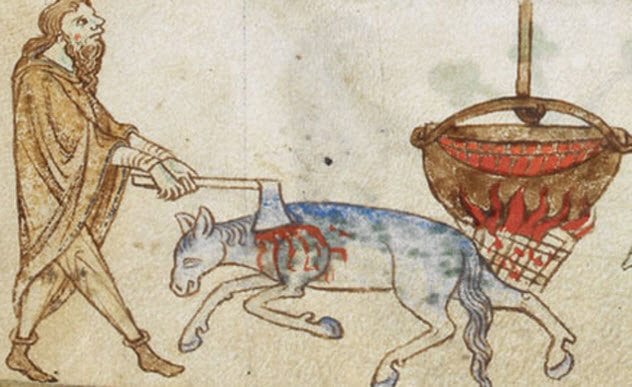 Photo credit: Voices from the Dawn

According to historical evidence, it was common for horsemeat to be consumed during inaugurations for new kings in Ireland. However, one 12th-century king might have gone a bit further and actually had sex with the horse before it was sacrificed and eaten.

This account comes to us courtesy of archdeacon and historian Giraldus Cambrensis (aka Gerald of Wales). His extant list of works covers many topics, including biographies, wildlife, religion, traveling, and history. However, he was prone to mixing legend with truth, making it hard to distinguish fact from fiction in his works.

He often denigrated the Irish in his writing, making this account more unlikely. Regardless, Gerald reports of a new king around 1187 having sex with a white mare that served as a surrogate for the Earth goddess. Afterward, the mare was cooked and the king bathed in her blood while attendees ate her meat. 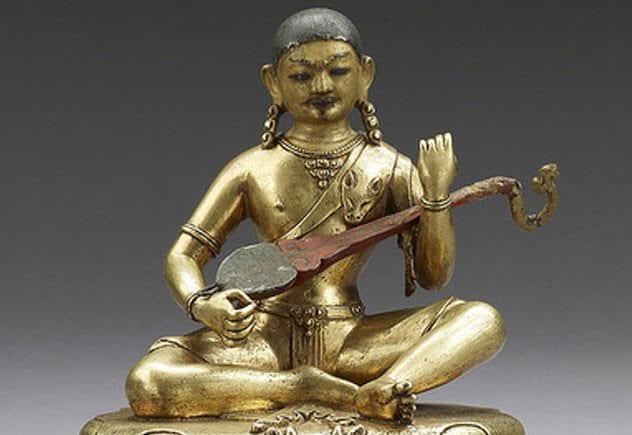 Travel around Bhutan a while, and you’ll see old houses and churches adorned with paintings of giant, colorful penises. Phallus paintings have been important religious symbols in Bhutan for 500 years since Lama Drukpa Kunley brought Buddhism to the state and became known as the “Divine Madman.”

Kunley was a firm believer that you could achieve enlightenment and still have a bit of fun. For him, fun meant women, wine, and song. According to legends, Kunley often offered enlightenment through sex and was also known as the “Saint of 5,000 Women.”

Kunley had a phallus-shaped stick that he called the “magic thunderbolt of wisdom.” After he used the stick to subdue a demon where the Chimi Lhakhang was built, phallus art took off. Today, pilgrims are still blessed at the monastery by being struck on the head with a wooden phallus. 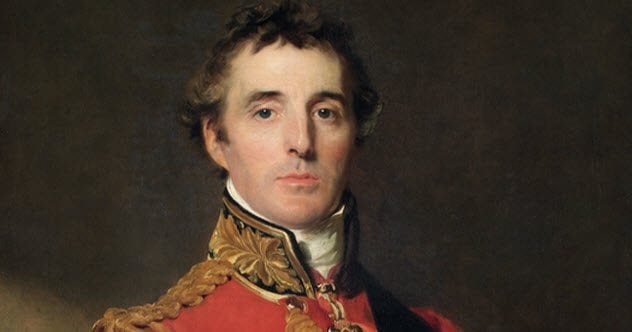 Arthur Wellesley, the duke of Wellington, and Napoleon, emperor of France, had a fierce rivalry that ended with the duke’s victory at Waterloo. Afterward, Wellesley received many priceless works of art that once belonged to the defeated emperor. The duke also hired Napoleon’s former cook, wielded Napoleon’s sword, and hung a risque painting of Napoleon’s sister, Pauline, in his bedroom.

Some would say that the duke had developed an obsession for Napoleon. But it reached another level when Wellesley was appointed ambassador to France. As his official residence, he took the former home of Pauline Bonaparte and proceeded to seduce two of Napoleon’s former lovers.

One was Josephina Grassini, an Italian opera singer, and the other was Josephine Weimer, a French actress. The latter even took the trouble of comparing the men’s sexual prowess, declaring the duke the stronger of the two.

4 The FBI Thought JFK Was Sleeping With A Nazi Spy 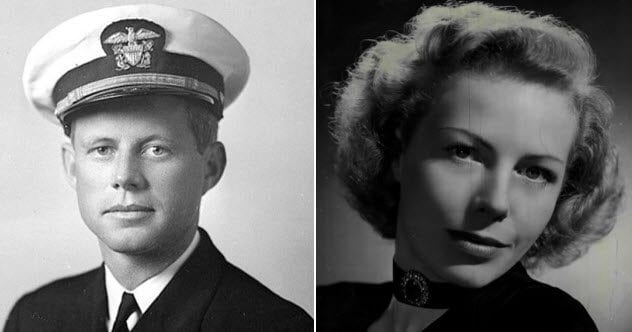 US President John F. Kennedy was known for his playboy lifestyle, chiefly his affair with Marilyn Monroe. In 1941, when a 24-year-old Kennedy was serving as a navy ensign, he started an affair with former Danish beauty queen and journalist Inga Arvad. The pair tried to keep their romance secret as Arvad was a married woman, but their tryst caught the attention of an unlikely source—the FBI.

During the 1936 Berlin Olympics, Arvad was Hitler’s guest as a prime example of Nordic beauty and the two were photographed together. Fast-forward to World War II, and the FBI was concerned that she might be a Nazi spy pumping Kennedy for information. The FBI bugged the rooms where the pair would rendezvous. Even though they never heard anything related to national security, the FBI recorded plenty of steamy “pillow talk” between the two lovers. 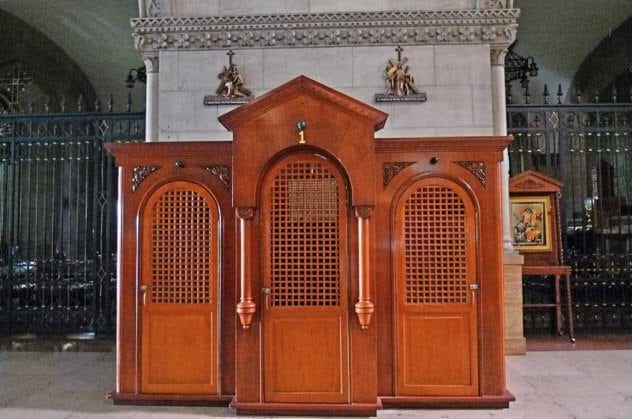 The concept of confessing your sins to receive absolution has always been an important part of the Catholic Church. The confessional booth, however, has only been around since the 16th century. Before that, parishioners simply sat beside the priest or knelt in front of him. In many cases, this led to sollicitatio ad turpia—the euphemism for parish priests seducing their followers (typically young women).

The problem was exacerbated by the fact that the victims had little recourse. After the Fourth Council of the Lateran in 1215, confession became a yearly obligation.

Parishioners could ask to receive penance from someone else but first needed to obtain permission from their parish priest. Women were expected to remain virtuous at all times regardless of temptations, while most accused priests confessed and received the penance equivalent of “a slap on the wrist” from an understanding colleague.

2 French President Died While Having Sex With His Mistress 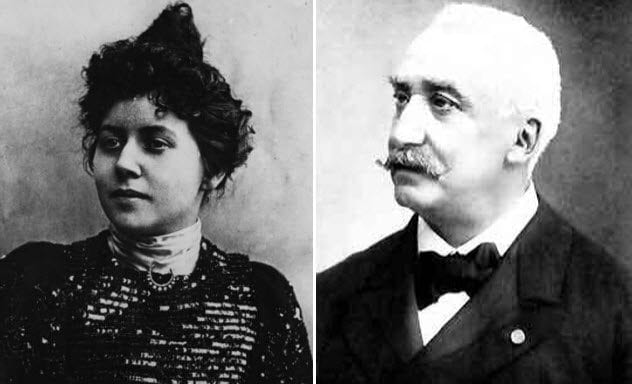 In 1899, French President Felix Faure died in office at age 58. The official cause of death was apoplexy, but it was soon revealed that the president died while “entertaining” his 30-year-old mistress. Her name was Marguerite Steinheil. She became known for a string of affairs with important men before finding herself on trial for murder.

It has never been precisely established what the two of them were doing in the drawing room of the Elysee Palace. Even though Steinheil wrote about the affair in her memoirs, she was vague about the night in question.

A persistent rumor says that Faure died while receiving oral sex, but this was mostly due to a witty epitaph from his political opponent Georges Clemenceau. He wrote that “[Faure] wished to be Caesar, but was only Pompey.” In French, it’s a double entendre where “Pompey” can be replaced with “pumped.” 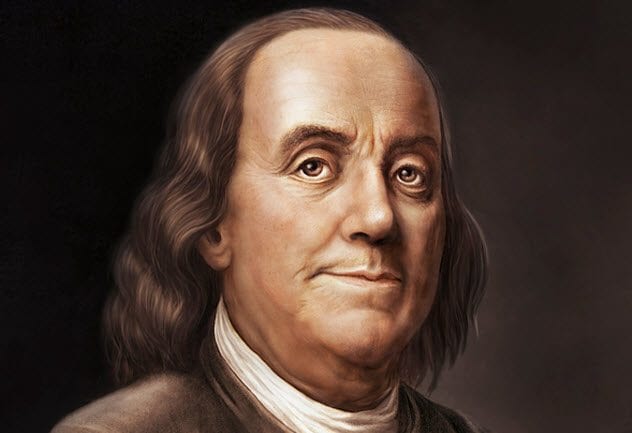 Benjamin Franklin was a man known for pulling practical jokes when the mood took him. In 1781, while serving as ambassador to France, Franklin wrote a letter to the Royal Academy of Brussels to mock what he perceived as pretentiousness and focus on the impractical. He titled his letter, “To The Royal Academy of Farting,” although it was popularly remembered as “Fart Proudly.”

In the letter, Franklin wrote an essay concerning the need to research methods of improving the odor of flatulence. He argued that the smell was the only offensive thing about passing gas. Without the smell, he wrote, even the most polite people would find farting no more disagreeable to do with company than spitting or blowing their nose. He championed the need for a drug that could render flatulence not only inoffensive but pleasant like a perfume.

Franklin ended his letter with a pun, saying that until this issue is resolved, other problems are not worth a “fart-hing.”