The Rockefellers were so hated in the early 1900s that they had to hire multiple guards to protect them in their residences. As one newspaper reported, “The extra caution is wise. Mr. Rockefeller has every reason to fear assassins. Assassins are the natural sons of Mr. Rockefeller’s business policies.”

People had plenty of reasons to hate the Rockefellers. They were called thieves, murderers of women and children, manipulators, and outright liars. If the people were allowed to have their way, the Rockefellers would have been strung up for all the ill they caused. 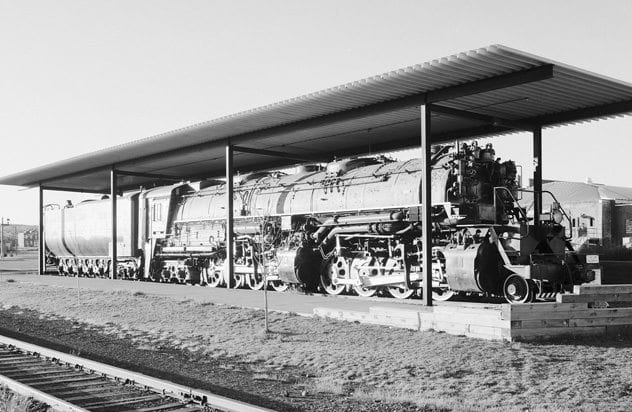 The Rockefellers did not get rich by being nice guys. In fact, they were practically villains who took every opportunity they had to steal from other people. That is how the Rockefellers acquired the Duluth, Mesaba, and Northern Railroad.

As it was reported in the newspaper in 1911, the original owners of the railroad had just finished laying the track. They wanted to build terminals, but they needed the cash to do it.

In comes Reverend Gates, a man hired by the Rockefellers to take charge of their charities. Rev. Gates explains to the owners that John D. Rockefeller has been keeping track of the building of their railroad and that he would lend them the money out of charity. The men accepted the loan for $420,000.

Two months later, Rockefeller pretended that he needed the money back right away because of some “financial embarrassment.” The men received 24 hours to repay the loan.

They scrambled to get a bank loan to repay Rockefeller, but Rockefeller already told the banks that the men’s credit “wasn’t worth a whoop.”

Since they were unable to repay the loan, Rockefeller was able to take control of the railroad for a tiny fraction of what it was worth.

9Workers Get What They Are Worth 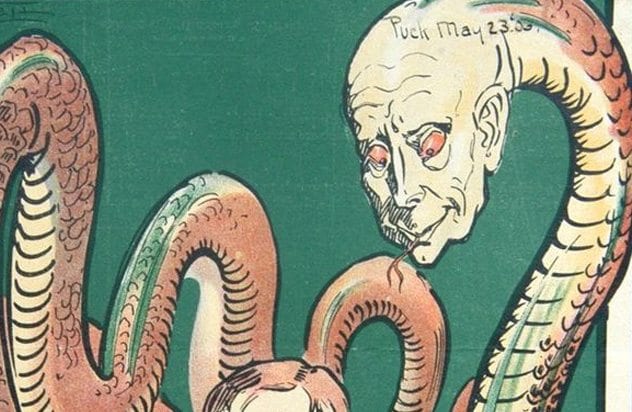 John D. Rockefeller did not think much of the men who worked for him, and he wasn’t afraid to let the public know about it.

In one instance in 1913, Harvey Pratt Judson, an educational man owned by Rockefeller, made it clear that he and Rockefeller did not believe there should be a minimum wage. They believed that “every man and woman, boy and girl gets just the wages they are worth.” It did not matter that these workers were not able to live on these wages. 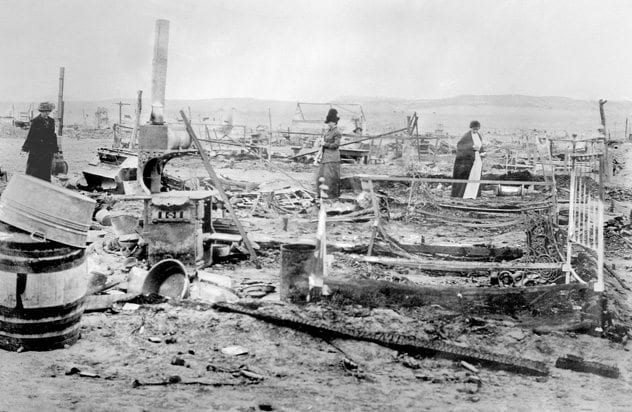 In 1914, the coal miners in Ludlow had had enough. The mines were beyond dangerous. The pay was impossible to live on, and to make it worse, the miners were not paid in US cash. They received “money” that could only be used in the mining camp’s stores. Anything the miners made could only be used to purchase goods and food from the owner of the mine, who happened to be Rockefeller Jr.

The men went on strike. Jr. hired a militia to force the men back into the mine, and things got ugly. The miners and their families were forced out of their shacks and had to live in tents. The militia machine gunned the tent colony and lit it on fire. Two women and 11 children died in the assault, along with several the men.

The incident caused outrage across the US, and Jr. was branded a murderer of women and children. 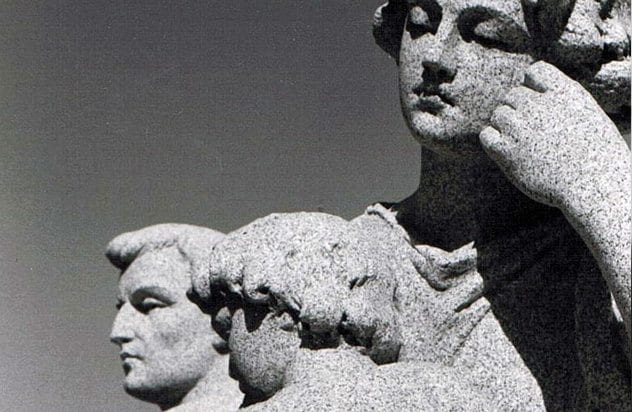 After the Ludlow massacre, the wives and children of the coal miners in Colorado were in absolute fear of being murdered by Rockefeller Jr.’s men.

Don MacGregor, a strong supporter of the miners, reported on his visit to a mining camp in Walsenburg, Colorado, that as soon as he pulled up, he saw a group of small children “with wide and reddened eyes, run from my approach because I was a stranger and the Ludlow massacre of the innocents had taught them fear of all strangers.”

Next, a pregnant woman ran out to MacGregor. She begged and pleaded that he take her away from the mining camp. “I don’t want my baby born here within reach of the machine guns. There was a woman going to have a baby at Ludlow and they burned them both.” 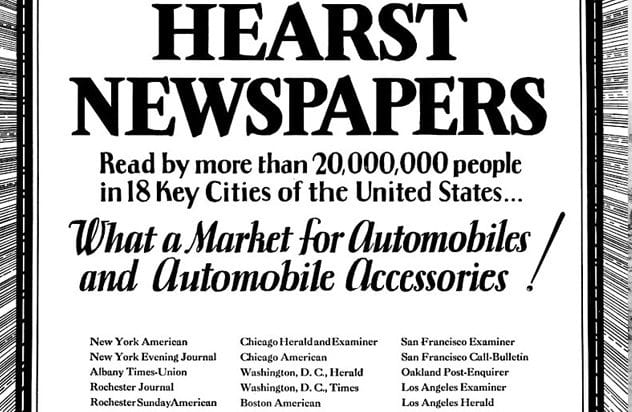 After the Ludlow massacre, the Rockefellers needed all the good publicity money could buy. They hired a publicist and started up a trade magazine. They used their money to publish their own pamphlets to sing high praise on the “good” they brought to America.

The Rockefellers also joined forces with Hearst Press in 1915, publishing only positive articles on the Rockefellers and demonizing anyone who spoke out against them. They were publicly accused of printing fake news and providing the public with false information about the salaries of their enemies, the union Leaders.

5Kept The Mine Workers In Poverty 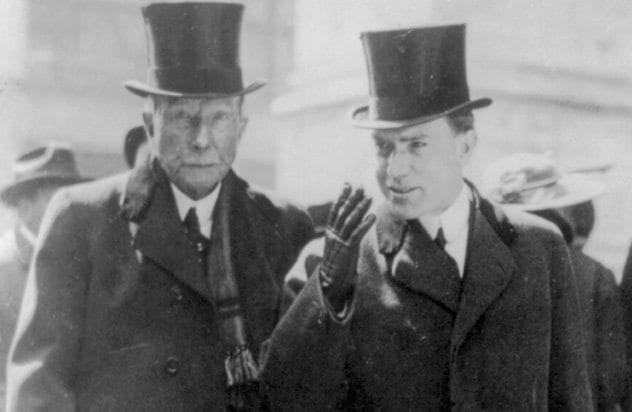 A report in 1915 announced that John D. Rockefeller Jr. went to visit one of his coal mines in Colorado. His objective was to show the workers that he was just one of the guys, but he failed miserably.

He toured the mine and managed to handle one of their picks for about five minutes of half-hearted work. When all was said and done, Jr. was too tired to leave by nightfall. So he went back to the mine superintendent’s shack to spend the night. The family was living in extreme poverty, in spite of the long 12-hour work days, and had to double up on sleeping arrangements just so Jr could have a bed to himself.

The next day, Jr. returned to the mines only to get a very cold shoulder from the men working inside. At one point, Jr. tried to communicate with the poverty-stricken workers, but “the miners grinned their contempt. As the foremen began to introduce them one of them turned and walked away. Two others started to work.” 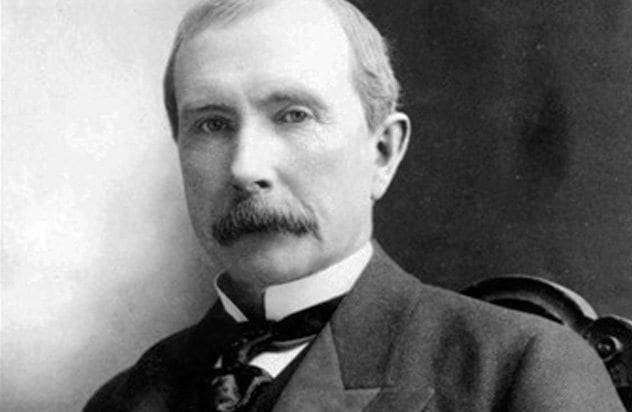 John D. Rockefeller spent big money on higher education to “chloroform public thought.” Through his Rockefeller Foundation, he gave endowments to colleges that agreed to teach young men “safe and conservative doctrines.” He even boosted the salaries of certain professors who agreed to teach, or preach, ideas that benefited the Rockefeller empire.

The danger of organized labor to the Rockefeller empire was high on the list of ideas to stamp out. He did not want young businessmen graduating from college with the progressive beliefs that workers had rights.

3Refused To Give Out War Loan 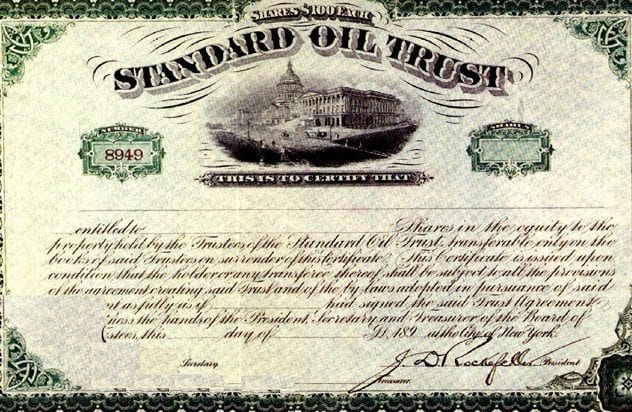 It was World War I, and the Allies were trying to secure loans for the war. John D. Rockefeller was approached by the British and the Russians, but he refused to loan any money to the cause. In his own words, he said, “This war is awful! Don’t you think it is awful?”

J.P. Morgan also approached Rockefeller to do his part in the war effort, but it was no use talking to crazy. It was already being discussed that J.P. Morgan might become the next “richest man in the world,” and it was obvious that there was tension between the men. 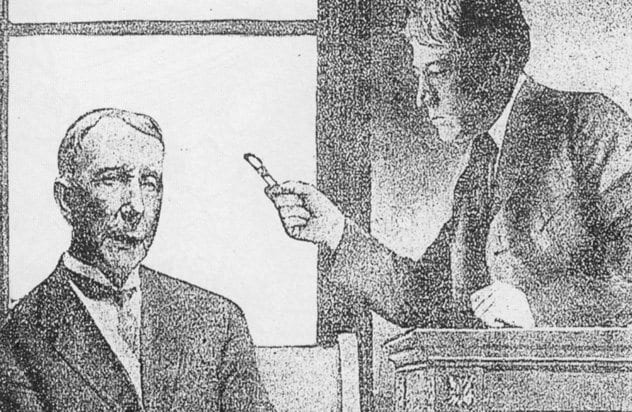 In 1916, newspapers cried foul over the Rockefeller Foundation. At that time, the foundation had over $100 million in “income-yielding securities.” The money was earning an estimated extra $6 million dollars a year, none of it taxable.

All the money in the foundation was under the control of John D. Rockefeller. While the use of the money was supposed to go only to charitable purposes, Rockefeller was being accused of using hundreds of thousands of the charity money for his own personal interests.

It is hard to imagine having over a hundred million dollars tucked away into a foundation in today’s world. The fact that Rockefeller had this kind of money to put aside in 1916 is mind-blowing.

1Troubles Of A Sincere Man 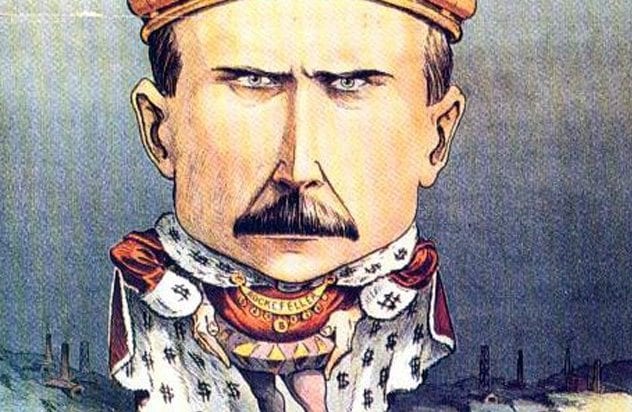 Congress demanded that John D. Rockefeller explain why there was yet another rise in gasoline prices in the spring of 1916. Irritated at being questioned, Rockefeller said that it was an issue of supply and demand.

By this time, more and more unaffiliated newspapers were treating the Rockefellers with extreme sarcasm. One article, titled “Troubles of a Sincere Man” insisted that the government should lighten Rockefeller’s burden

“We do hate to see a sincere fellow citizen like Mr. Rockefeller struggling under conditions which he cannot control. To help Mr. Rockefeller keep his head above water the government can well afford to go to supplying the supply of gasoline.”