Historical records do a good job of telling us what history was like in umbrella terms. They often fall far short of recreating exactly how people at a given time would have experienced the world around them. For example, we weren’t really sure what popular music in ancient Greece was like, nor did we have much of a sense of the alcohols of ancient China.

With technology consistently getting better at answering these questions and more, however, we’re gradually getting closer to experiencing history precisely as the people living in those times did. Here are ten times we were able to recreate the past with the help of good old science. 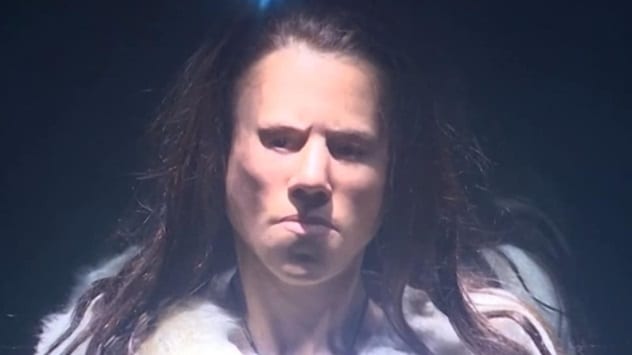 We tend to assume that people in various parts of the world have always looked pretty much the same throughout history, though that’s not really true. There are many factors that influence facial structure and other things that make up people’s looks in a given time period, like immunity to disease, popular style at the time, and diet.

We definitely still don’t know what people in all the time periods in history looked like, but some scientists have tried to answer it for ancient Greece. We’re not talking about what people usually think of when they hear or read “ancient Greece” but the general Greece region, as it’s also one of the oldest continuously inhabited regions in the world.

In 2018, researchers reconstructed the face of a teenage girl from 9,000 years ago, using her remains and technologies like CT scanning and 3-D printing. Interestingly, she had a pronounced jawline and overall more masculine-looking features than women born in that region today. The researchers hypothesized that this may have been due to chewing on animal skin to make leather. They postulated that she also suffered from anemia and maybe scurvy.[1]

9 The Destruction Of Pompeii

A Day in Pompeii – Full-length animation

Unless you’ve ignored all the history lessons anyone ever tried to give you, you know of the destruction of Pompeii in ancient Rome. Once a bustling center of culture and trade, it was struck by the eruption of Mount Vesuvius in AD 79. We’re still in the process of uncovering the sheer scale of the destruction caused by the eruption, but simply put, Pompeii was wiped out, with many of its citizens dying.

If you want to know what the disaster may have looked like to someone living there, you can. In an exhibition held at the Melbourne Museum in 2009, they included a theater installation with a short animated video of the event, painstakingly put together by historians with whatever information they had about the eruption up to that point.[2]

We know a surprising lot about music in ancient Greece, compared to other civilizations from that time. We know the kind of instruments they used, and thanks to works by people like Homer and Euripedes, we know how they composed music. Despite having access to all that, we still had no idea how to read those compositions, as they had a different notation style than the one we use today, along with weird symbols we didn’t know the meaning of. Not until modern times, at least.

Thanks to some recently found and compiled documents, we now have a better idea of how music composition in ancient Greece actually worked. Using that, a few teams of researchers and musicians have successfully recreated the sounds of ancient Greece.[3] Many other experts are now trying to perfectly recreate that sound as more and more information is uncovered by historians and archaeologists. 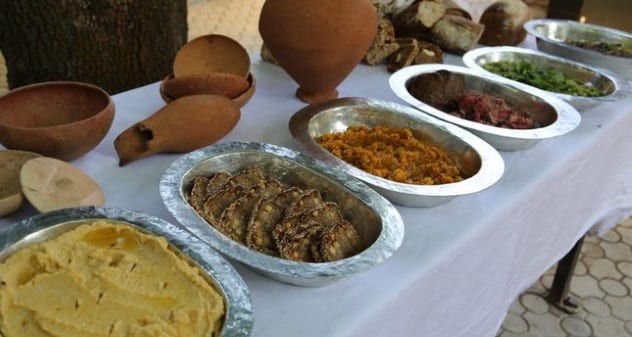 The Hittite Empire was centered around the Asian part of what is now Turkey and was a major player in the region from roughly 1600 to 1200 BC. That was mostly because it was the only major player in the region, as it was still the Bronze Age. From their records, we can tell that they put a lot of emphasis on their culinary culture, so much so that anyone who entered the kitchen in an unhygienic state was outright given the death penalty. That’s a bit extreme.

In an attempt to recreate their food, a Turkish archaeologist and chef got together in 2015 to replicate their cooking techniques. For one, the Hittites didn’t use yeast to make their bread and preferred to eat cold meat with cooked onions and bread on festive occasions. The team even replicated their cooking techniques for authenticity and used no modern kitchen equipment other than a knife.[4] 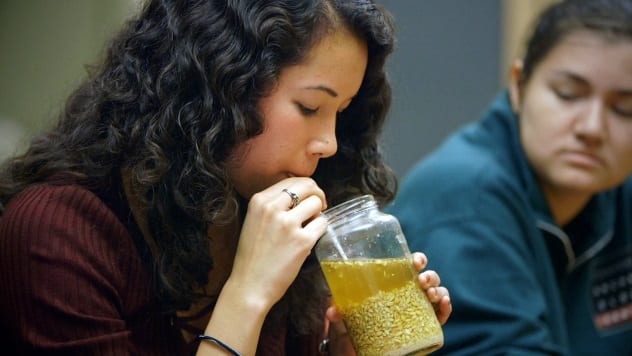 Ancient China has a long, rich history stretching back thousands of years. Although we know much of this history from everything from cave paintings to written records, we know comparatively little about what life was really like in ancient China.

In a bid to recreate some of that, a team of researchers from Stanford University collaborated in 2017 to brew beer just like the Chinese did some 5,000 years ago.[5] They got the recipe by looking at inscriptions found inside pottery utensils from back then and made what is perhaps the oldest beverage we have ever had the chance to get a taste of.

Made with grains like millet and barley, along with Job’s tears (a type of grass found in Asia), the recreated beer tasted sweeter and fruitier than what we’re used to now. 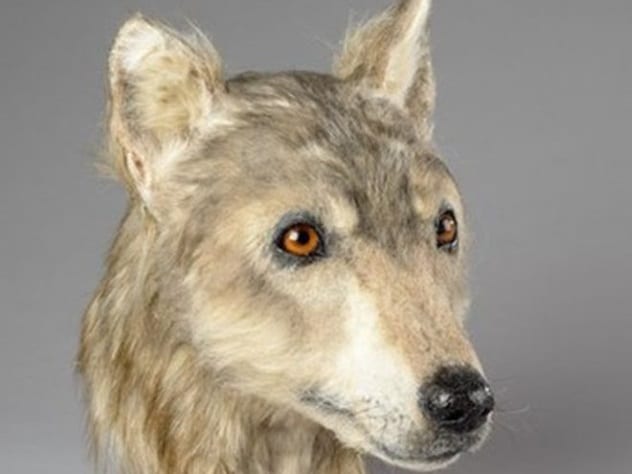 The domestication of our best friend, the dog, has been one of the most pivotal moments in human civilization. Not only were we able to accomplish more tasks with the help of our furry friends, but dogs also helped people live on their own, without depending on the other members of society to alert them of incoming dangers.

We may assume that dogs have always looked as they do now, but that’s not really true. The earliest varieties of domesticated dogs looked more like wolves than modern-day dogs, as they hadn’t yet gone through years and years of artificial breeding.

In order to nail down their exact look back then, in 2019, a forensic artist used an excavated dog skull from 4,000 years ago and also employed 3-D modeling and projected images provided by other teams of archaeologists. The reconstructed face—with every detail painstakingly added by the artist after consulting with history experts—looks like a cross between a wolf and a modern dog.[6] 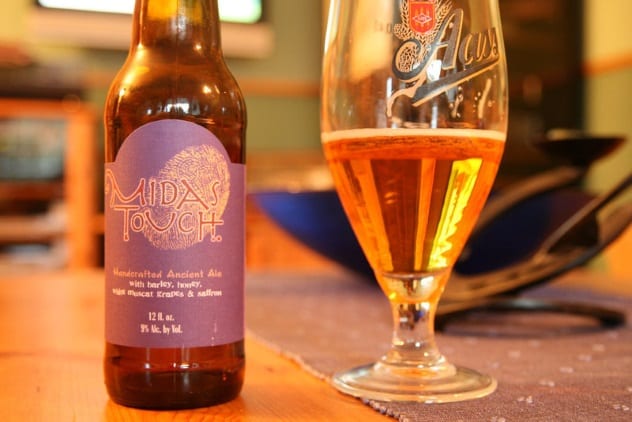 The history of humanity is essentially the history of alcohol, as we’ve mentioned before. Alcohol has shaped our civilization in more ways than any other invention, and historians can tell a lot of things about an ancient culture by just tracing their drinking habits.

Patrick McGovern, an archaeologist from the University of Pennsylvania, has devoted a huge part of his life to studying ancient alcoholic beverages and recreating them. He does so by looking for traces of ingredients in cooking equipment from ancient times and has successfully brought many ancient beverages back to life. His proudest recreation is the beer served at the funeral of King Midas, specifically the one who ruled Phrygia (in what is now Turkey) during the eighth century BC.[7]

If you want to get a taste of some of these beverages, you can do so by visiting Dogfish Head Brewery in Delaware, which brews and packages the drinks devised by McGovern. 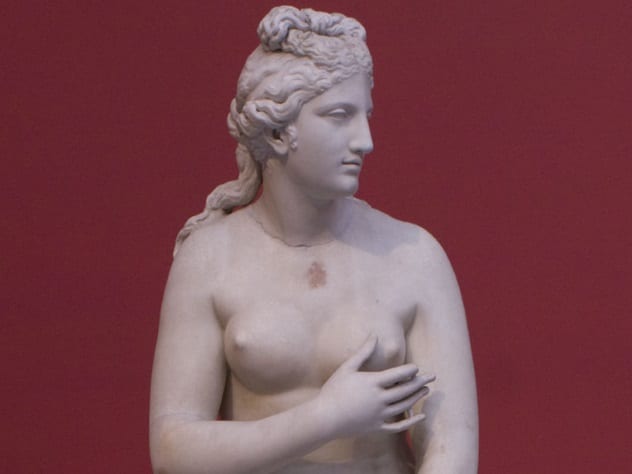 Recreating ancient fragrances is a much more difficult task than ancient alcohol or sounds, as the factors that make up a smell are far more difficult to preserve in history. It’s not impossible, though, as we still have the descriptions of those smells from cultures that liked to write everything down, especially the Greeks.

In 2018, using inscriptions from the Mycenaean period (perhaps the oldest Greek records we have access to), chemists from the National Archaeological Museum of Athens recreated some of the perfumes associated with the goddess Aphrodite for the museum’s 150th anniversary.[8] The highlight of the show was Aphrodite’s Rose, a particularly noteworthy fragrance talked about in ancient inscriptions. The process took over 18 months to complete, which included traveling across the Greek countryside for ingredients to keep it authentic. 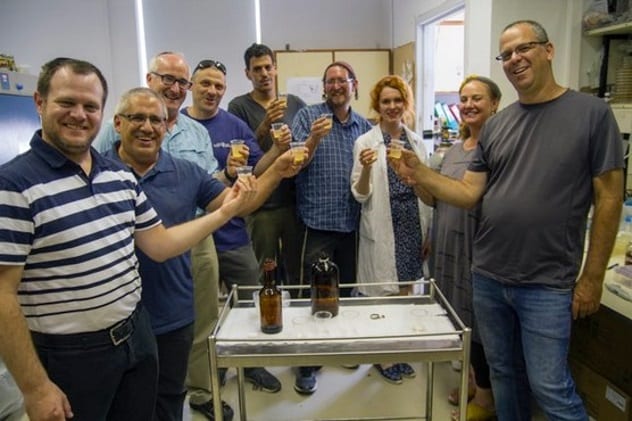 We know that ale was a part of everyday life in ancient Egypt. People used to have it with all the meals, and it wasn’t because ancient Egypt was essentially a never-ending party. Ale was considered to be a safer alternative to water, as water purification techniques weren’t particularly well-developed back then.

We had no idea how Egyptian ale tasted, until now. In 2019, researchers from Israel studied ancient jugs excavated from the region and isolated six strains of yeast from the kitchenware. The yeast had survived in the pores of the pots, which came as a surprise to them.

While the less adventurous researchers would send that to the lab and call it a day, these scientists wanted to do something more fun with it. They used it to ferment beer of their own, giving us the first taste of alcohol in ancient Egypt.[9] 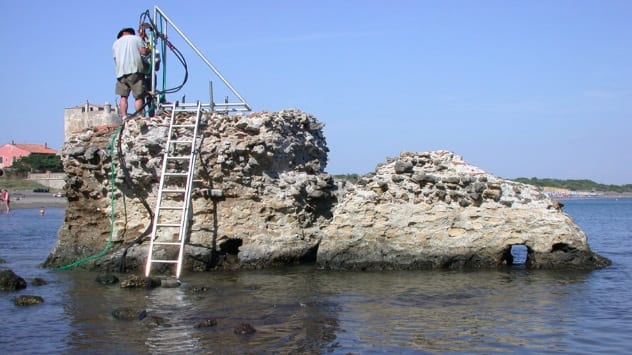 Roman concrete is one of the most enduring materials ever created by humans. We can still see structures made with it throughout what was once the Roman Empire at its mightiest. The recipe was lost to history, and scientists have been trying to recreate it ever since they got to know about it.

Thanks to the efforts of some researchers from the University of Utah, though, we may have finally figured out its secret. It was made with the help of volcanic ash, and it was seawater that gave the concrete its famous sturdiness. When they studied a pier and other structures made with it, they found that the seawater reacts with the materials in the concrete to form interlocking minerals that made it even stronger—minerals that are hard or expensive to make in the lab.[10]

With sea levels rising around the world, we’re desperately looking for better technology to build seawalls and other anti-ocean structures, and this may just be the breakthrough we were looking for.

Read about more amazing instances of recreationg history on 10 Ancient Reconstructions You Have To See To Believe and 10 Amazing Facial Reconstructions Of Ancient Skulls.